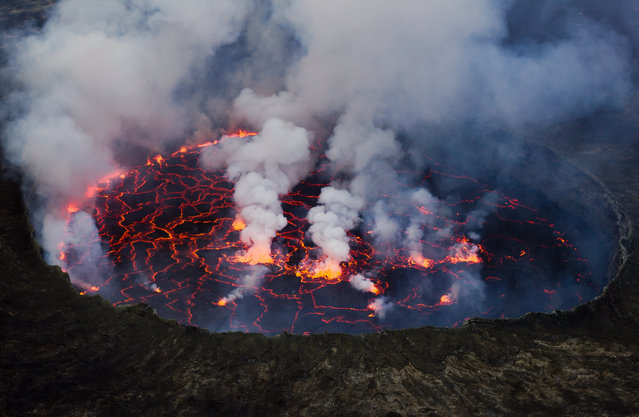 Mount Nyiragongo is an active stratovolcano On the Virunga Mountains associated with the Albertine Rift. It is located inside Virunga National Park, in the Democratic Republic of the Congo, about 20 km (12 mi) north of the town of Goma and Lake Kivu and just west of the border with Rwanda. The main crater is about two km wide and usually contains a lava lake.
Details
08 Aug 2013 12:38:00,post received 0 comments
Educative Sacrifice in a Volcano’s Crater 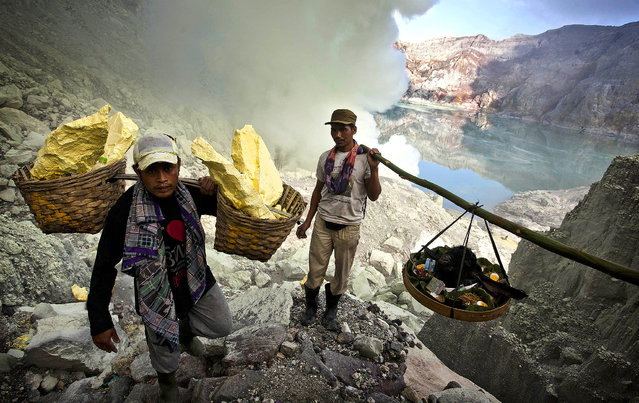 Miners carry a goats head for burial in the crater as part of an annual offering ceremony on the Ijen volcano on December 17, 2013 in Yogyakarta, Indonesia. The ritual is performed by the sulfur miners of Mount Ijen who slaughter a goat and then bury the head in the crater of mount Ijenn. The sacrifice is performed to ward off potential disasters for the next year. (Photo by Ulet Ifansasti/Getty Images)
Details
22 Dec 2013 10:15:00,post received 0 comments
Wow Lochnagar Crater Somme in France 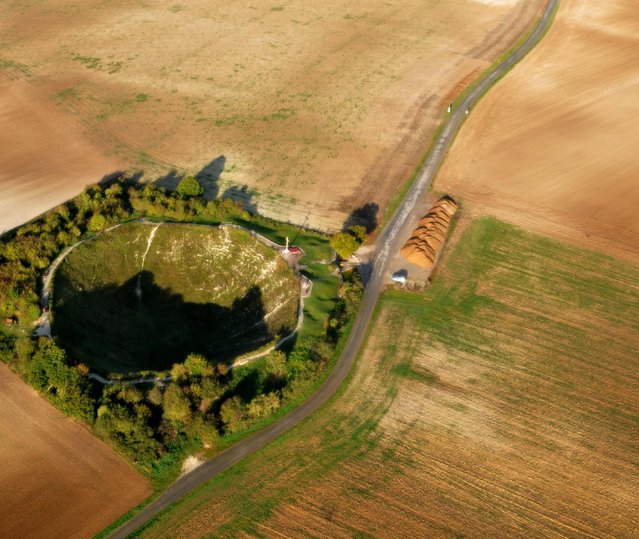 It is amazing how much the humanity can change the face of the earth. Not only can it create huge craters, which look a lot like craters from meteors, they leave a big enough impact that it can be seen from space. Though this crater, caused by a massive explosion on 1 July 1916, looks large, being 90 feet deep and 300 feet across; it is nowhere big enough to be viewed for space. A common misconception is that the Great Wall of China can be seen from space. In reality, however, it is impossible. Not only is it of the same color as the earth near it, it is also not that wide. Deforestation, on the other hand, can be clearly seen from space. Also, at night, all the lights that the large cities produce are also very visible.
Details
17 Nov 2014 12:48:00,post received 0 comments
Wow Crater Lake In Oregon 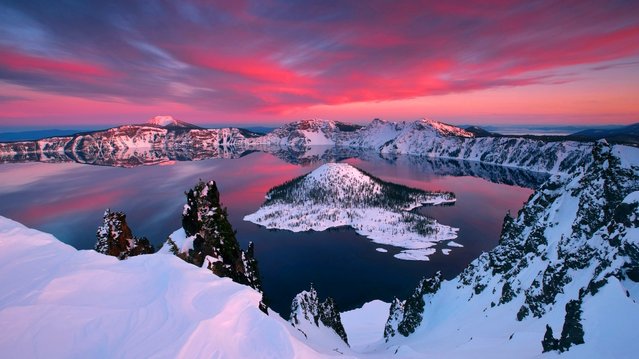 As you look at the majestic Crater Lake, located in south-central Oregon, United States, it is hard to imagine that thousands of years ago this place was one giant crater with scorching hot lava spilling over the sides. Those were the times of turmoil. Now, however, this place is the essence of tranquility. The lake that was formed, after the volcano died down, is amazingly clear due to the fact that the water isn’t moving at all. No rivers go in or out of the Crater Lake, and the water lost through evaporation is compensated by the rain and snowfall. This lake is also frighteningly deep – 1,943 feet (592 m) at its deepest point – making it the deepest lake in the United States. If you love nature and if you ever come to Oregon, this is truly a sight to behold.
Details
19 Nov 2014 14:14:00,post received 0 comments
Disgusting Sulphur Mining At Indonesia's Ijen Crater 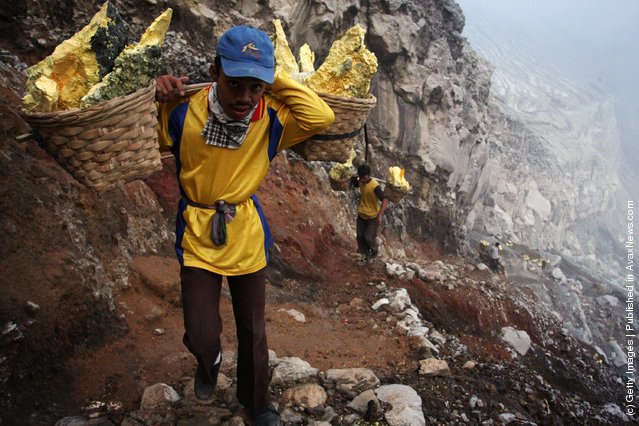 Traditional miners carry sulphur on the Ijen volcano complex on May 25, 2009 outside Banyuwangi, East Java, Indonesia. Miners carry the solidified yellow sulphur blocks from the crater floor to the rim for as many hours a day as they can tolerate, paid by the kilogram of sulphur they extract. The average wage is USD $.05 per kilogram of sulphur and a worker, depending on his strength and stamina, carry on average 3 baskets of 70-80kg per day, earning him around USD $11. (Photo by Ulet Ifansasti/Getty Images)
Details
08 Jul 2011 10:53:00,post received 0 comments
Charming Lake Assal Crater Lake in the Central Djibouti 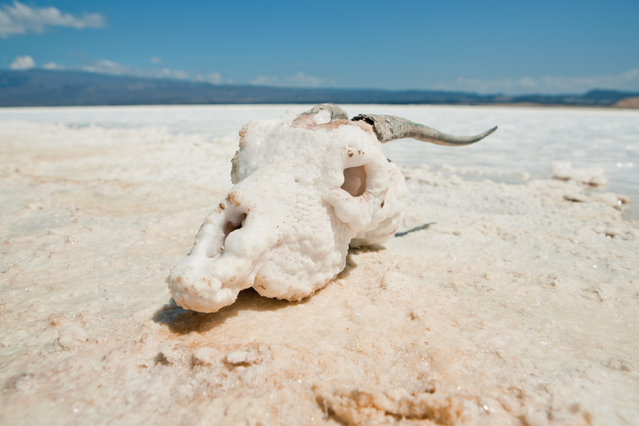 Lake Assal is a crater lake in central-western Djibouti. It is located at the western end of Gulf of Tadjoura in the Tadjoura Region, touching Dikhil Region, at the top of the Great Rift Valley, some 120 km (75 mi) west of Djibouti city. Lake Assal is a saline lake which lies 155 m (509 ft) below sea level in the Afar Triangle, making it the lowest point on land in Africa and the third-lowest land depression on Earth after the Dead Sea and Sea of Galilee.
Details
15 Jul 2015 10:19:00,post received 0 comments
Touching Some Photos: Nature 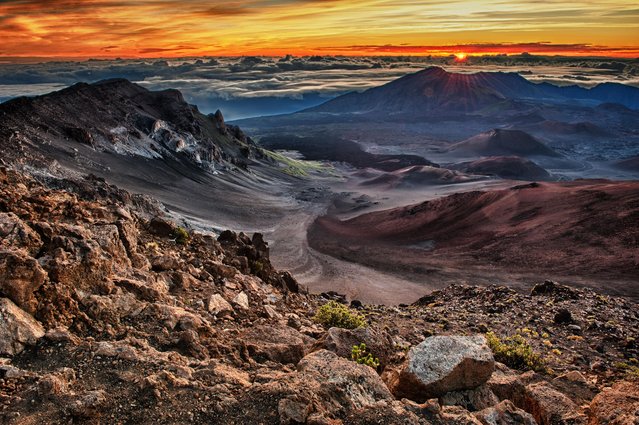 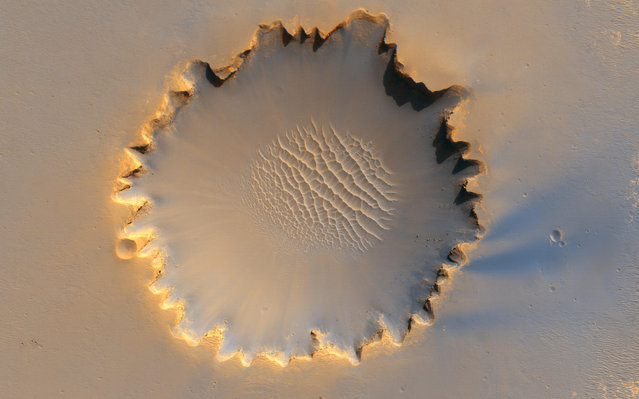