Charming A Look Back at “Dirty Thunderstorm” 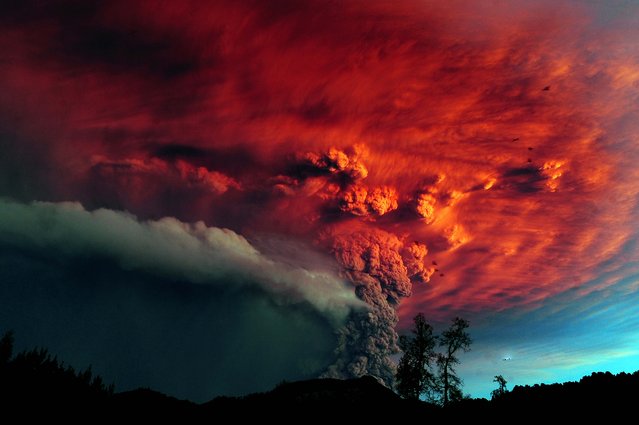 “A dirty thunderstorm (also, Volcanic lightning) is a weather phenomenon that occurs when lightning is produced in a volcanic plume. Dirty thunderstorms have been reported in Chile above the Chaiten Volcano, above Alaska's Mount Augustine volcano, and Iceland's Eyjafjallajökull volcano”. 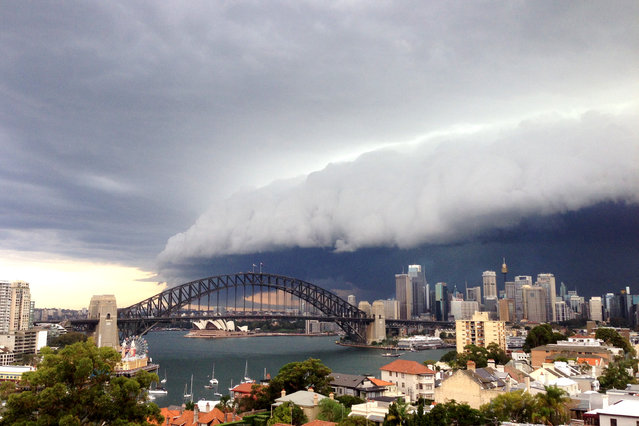 A large storm cloud covers the Sydney CBD on March 5, 2014 in Sydney, Australia. A severe thunderstorm warning was issued for the Sydney metropolitan area late this afternoon with heavy rainfall due to cause flash flooding in areas. (Photo by Cassie Trotter/Getty Images)
Details
06 Mar 2014 13:40:00,post received 0 comments
Wow Thunderstorms by Jakob Wagner 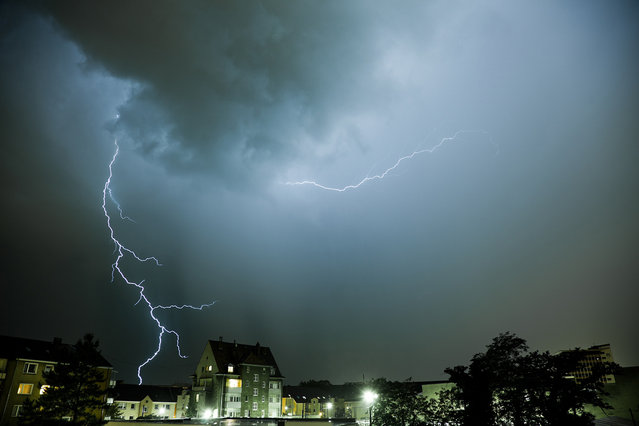 Jakob Wagner was born 1985 in Herdecke, Germany. In summer 2008, he successfully completed his three-year apprenticeship as a photographer. He has since been living in Duesseldorf, where he has mainly been working as a freelance photographer, image editor and photo assistant. His work has taken him to many different countries around the world. When Jakob Wagner is not at work by assignment, he devotes much of his time and passion to his personal photography projects, which will culminate in future books and exhibitions. His photographs are available in signed and limited editions.
Details
17 Jul 2013 12:03:00,post received 0 comments
Fact Dirty Venezuelan Treasures 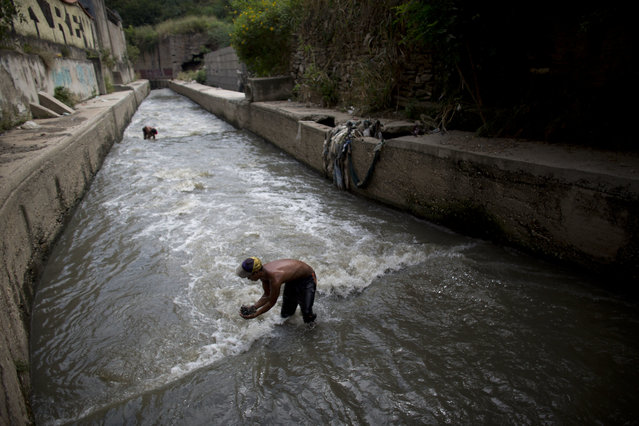 In this November 30, 2017 photo, Douglas scoops up mud from the bottom of the polluted Guaire River, in search of gold and anything valuable he can sell, in Caracas, Venezuela. Some stretches of the river smell of sewer while others emit a toxic odor of fuel, a stench that stays in ones nose for hours after leaving the water. (Photo by Ariana Cubillos/AP Photo)
Details
11 Jan 2018 07:35:00,post received 0 comments
Charming Stunning Supercell Thunderstorm in Kansas 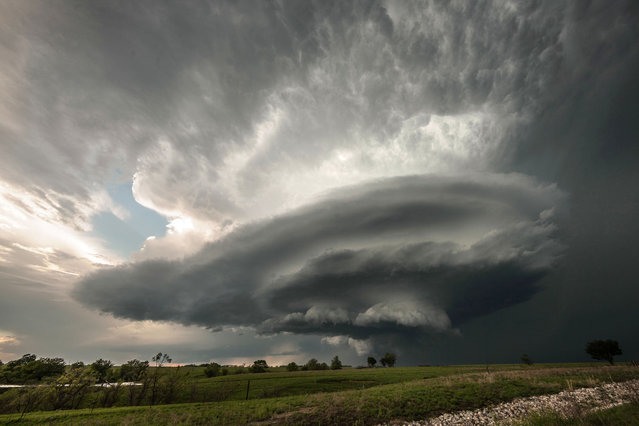 The rotating updraft base of a supercell thunderstorm, and a rear flank downdraft containing rain and hail, backlit by the setting sun, on May 10, 2014, in Climax, Kansas, United States. To most of us, dark clouds on the horizon usually means rain – but here in Kansas, they can also signal the start of a supercell. The huge formations, also known as rotating thunderstorms, are among the most powerful weather phenomenon found over land. They can occur anywhere where the conditions are right, but are normally found in more arid climates. These awe-inspiring supercells were captured south of Climax city by storm chaser Stephen Locke. (Photo by Stephen Locke/Barcroft Media)
Details
18 Jul 2014 12:01:00,post received 0 comments
Wow Dirty Art Car by Rafael Veyisov 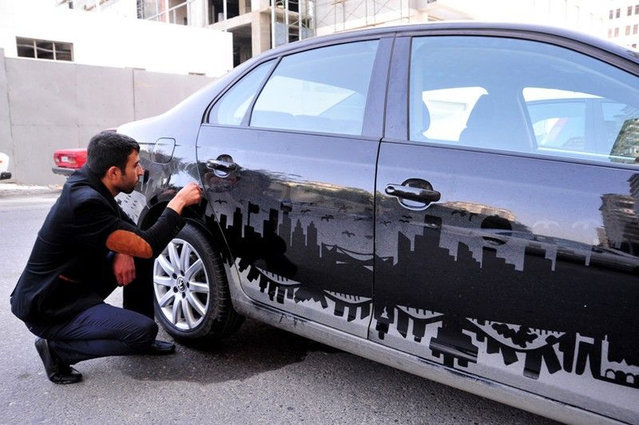 During work hours on one of the busiest streets of Baku, Azerbaijan’s capital, parking attendant Rafael Veyisov wipes off the dust on cars with his fingers, slowly contouring the shapes of tall buildings and flying birds. In his artwork, he generally illustrates real towns to educate people about other countries, but sometimes he also lets his imagination run wild and produces impressive original works. Surprised by his talent, the car owners who regularly leave their vehicles in Rafael’s care, often leave them dirty just to give him an excuse to play around, and take photos of his beautiful artworks.
Details
13 Oct 2013 17:31:00,post received 0 comments
Fact Pictures of the Year 2016, Part 2/3 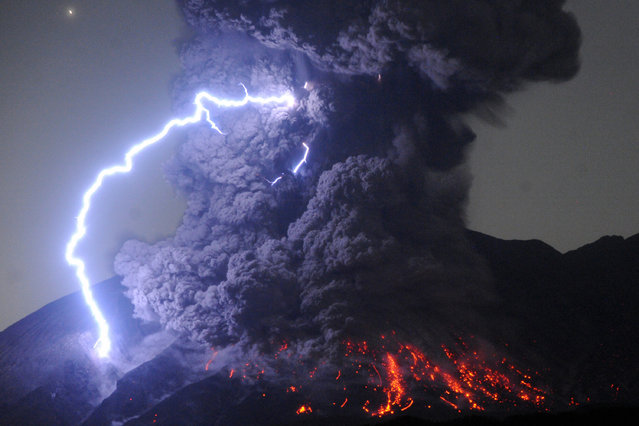 A dirty thunderstorm occurs over Mount Sakurajima as the volcano erupts violently at 12:03 am on July 26, 2016 in Tarumizu, Kagoshima, Japan. The eruption occurred at the mountain's Showa crater. This is the first time that the active volcano in southern Kyushu has spewed out a smokestack that high since an eruption on August 18, 2013, according to the Kagoshima Meteorological Office. (Photo by The Asahi Shimbun via Getty Images)
Details
24 Dec 2016 09:40:00,post received 0 comments
Charming Some Photos: Heaven 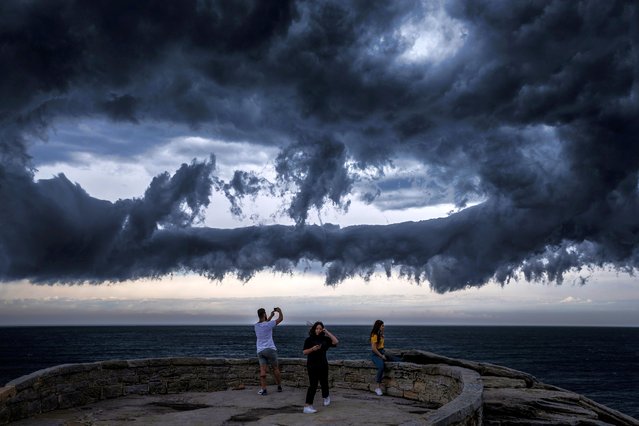 People watch on from Marks Park as a thunderstorm gathers off Bondi Beach on November 13, 2020 in Sydney, Australia. The Bureau of Meteorology issued a number of severe weather alerts for the region today, with a high risk of thunderstorms and hail. (Photo by Brook Mitchell/Getty Images)
Details
04 Dec 2020 00:03:00,post received 0 comments
Popular tags:
All tags
Last searches: