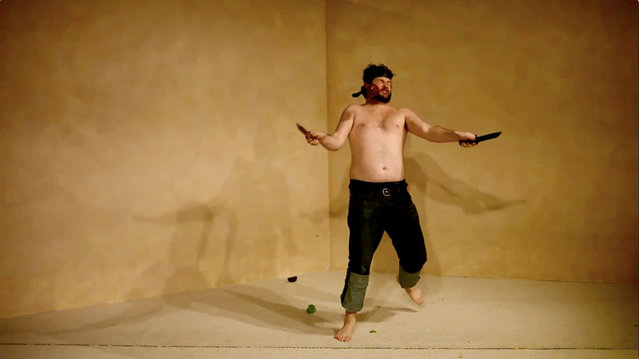 While the rest of us wait for a Kinect version of Fruit Ninja, comedy troupe The Misunderstoods has taken the mobile hit to an even realer level, using actual knives to actually slash produce that's actually being hurled at them.
Details
27 Dec 2012 15:37:00,post received 0 comments
Funny Fruit Ninja In Real Life To Dubstep!

The parody of the video game uploaded last week is, of course, going viral as we speak reaching upwards of a million views in a little as six days. It's not even the first Fruit Ninja parody, but somehow this one resonates with it's simple formula: take a guy with a samurai sword, throw fruit at him and watch him slice them in half in slow motion. When he misses, make sure some fruit hits him right in the kisser. Gallagher ain't got nothing on this.
Details
26 Dec 2012 13:35:00,post received 0 comments
Fact The Forbidden City: the Former Soviet Military Base at Wuensdorf 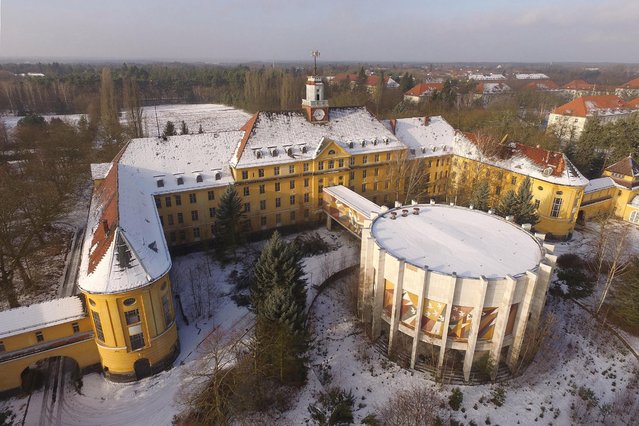 In this aerial view the officers' building and an auditorium stand at the former Soviet military base on January 26, 2017 in Wuensdorf, Germany. Wuensdorf, once called “The Forbidden City”, was the biggest base for the Soviet armed forces in communist East Germany from 1945 until the last Soviet troops left in the early 1990s following the end of the Cold War and the reunification of Germany. (Photo by Sean Gallup/Getty Images)
Details
01 Feb 2017 06:02:00,post received 0 comments
Fact Symbolic Citrus: Israeli Jews Inspect Fruit for Sukkot 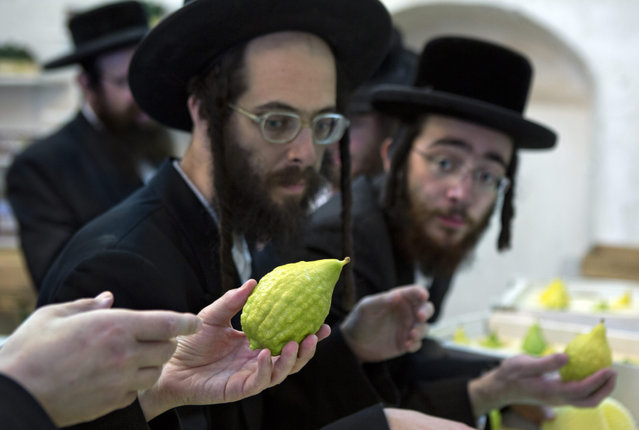 Ultra-Orthodox Jews inspect etrogs, or citrons, inside a shop in the Mea Shearim neighbourhood in Jerusalem, 07 October 2014, as they look to purchase an unblemished fruit ahead of the holiday of Sukkot. (Photo by Jim Hollander/EPA)
Details
08 Oct 2014 12:16:00,post received 0 comments
Fact A Frozen Fruits during a Hot Summer Day 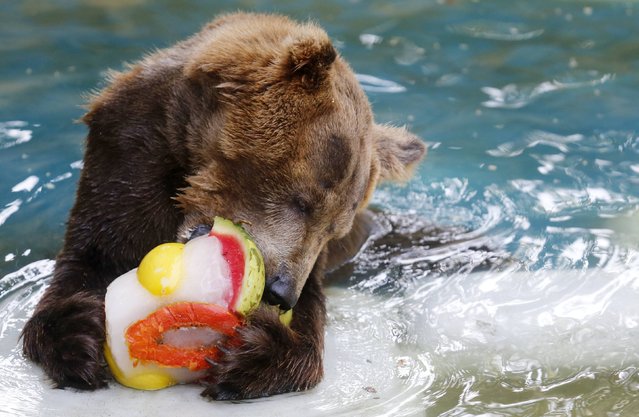 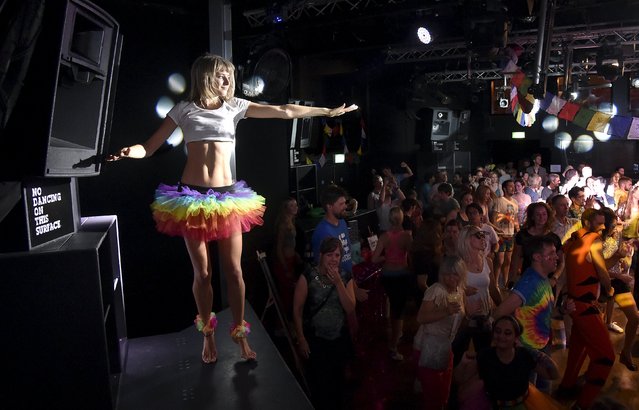 Club-goers dance at “Morning Gloryville” at the Ministry of Sound in south London August 11, 2015. Morning dance parties with names like “Morning Gloryville” and "Daybreaker" are gathering steam in cities across the world, giving rise to a movement known as “conscious clubbing”. Its founders aim to create the energy and community of electronic dance parties with fruit smoothies and coffee instead of the drugs and alcohol more common after nightfall. (Photo by Toby Melville/Reuters)
Details
18 Aug 2015 14:06:00,post received 0 comments
Fact The Week in Pictures: March 22 – March 28, 2014. Part 5/5 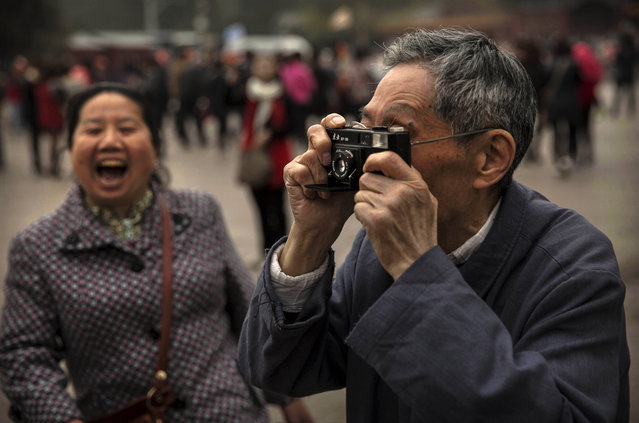 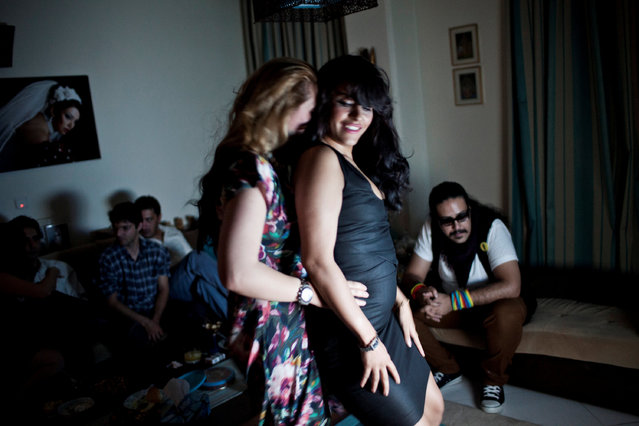 Two young women, having enjoyed a drink at a party, dance together in Tehran, Iran. Although unrelated men and women are forbidden to socialise together many people ignore these strictures in the privacy of their own homes. (Photo by Hossein Fatemi/Reuters/Panos Pictures/Courtesy of World Press Photo Foundation)
Details
15 Feb 2017 00:04:00,post received 0 comments
Popular tags:
All tags
Last searches: