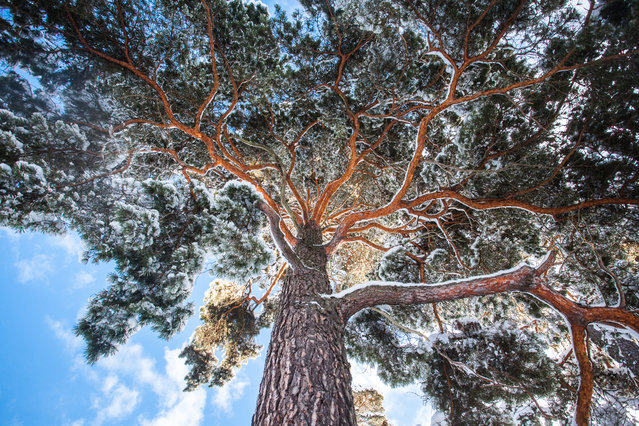 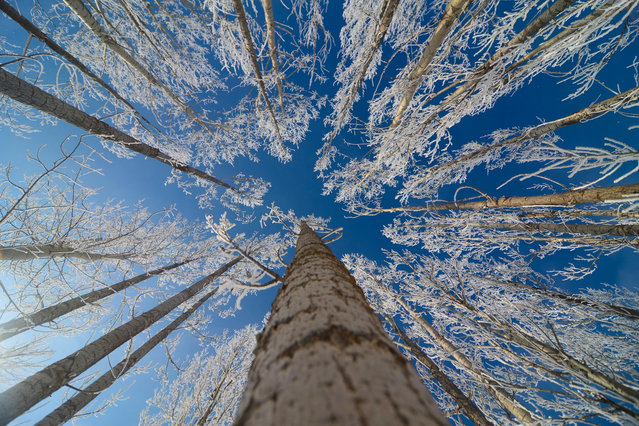 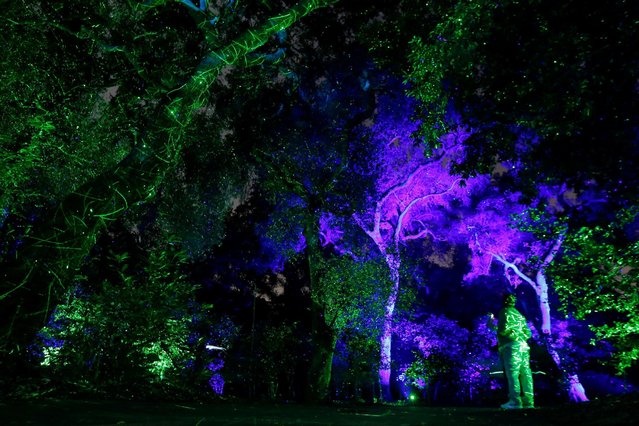 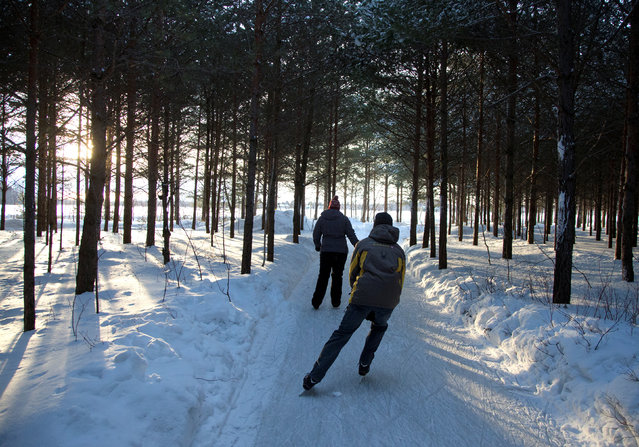 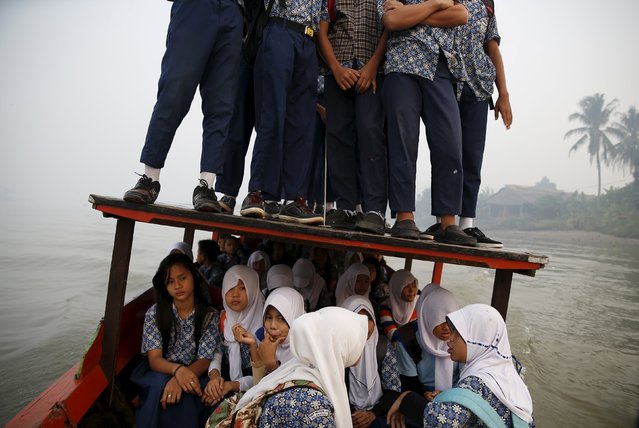 Students stand on the roof of a wooden boat as haze blankets the Musi River while they travel to school in Palembang, on Indonesia's Sumatra island, September 10, 2015. Indonesia is investigating 10 firms over worsening forest fires that have created a blanket of smog over Southeast Asia, threatening them with sanctions if they are found responsible, a government minister said on Tuesday. The thick haze from Indonesia's Sumatra and Kalimantan islands has forced the repeated cancellation of flights in the area and pushed air quality to unhealthy levels in neighbouring Singapore and Malaysia. (Photo by Reuters/Beawiharta)
Details
11 Sep 2015 12:09:00,post received 0 comments
Touching Hidden Alien Forest 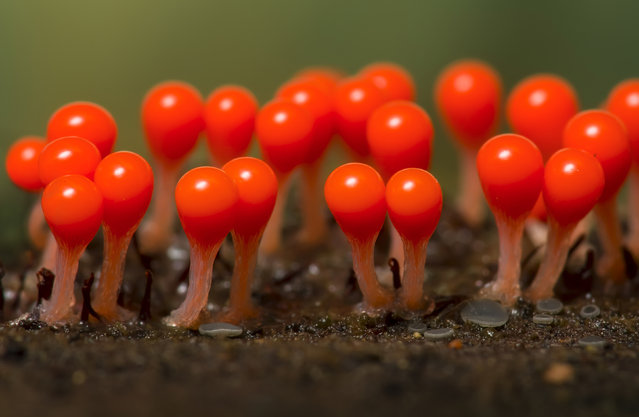 These may look like alien creatures from another planet, but the odd organisms are, in fact, colorful, microscopic life forms found in our forests. The bizarre slime molds, known as mycetozoa or fungus animals, were captured by geologist Valeriya Zvereva. She spent months documenting the common life forms that are found beneath our feet – but are rarely seen. Incredibly, the organisms can move and hunt for other microscopic life forms on which to feed. Zvereva, who is from Moscow, used a special macro lens to capture the vibrant and up-close shots, which show off the organisms’ unlikely beauty. (Photo by Valeriya Zvereva/Caters News)
Details
20 Apr 2015 13:27:00,post received 0 comments
Fact Guardians of the Amazon Rain Forest 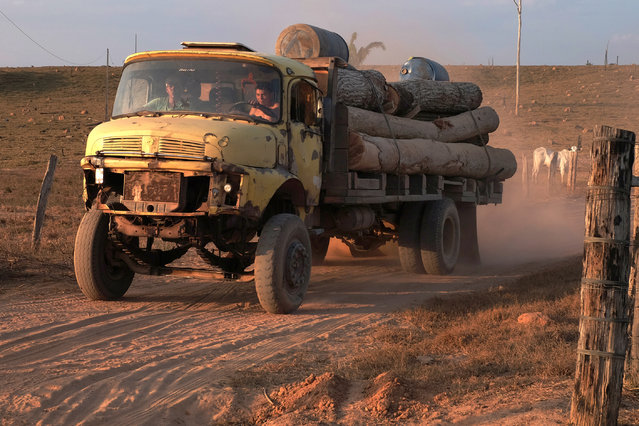 A truck laden with logs travels in Araribóia Indigenous Reserve, Maranhão, Brazil on August 7, 2015. Loggers have been stealing hardwood trees from indigenous lands in Brazil. The Guardians of the Forest are an armed militia formed by the Guajajara tribe to protect their reserve. (Photo by Bonnie Jo Mount/The Washington Post)
Details
09 Oct 2015 08:00:00,post received 0 comments
Educative A Mystical Forest In Spain 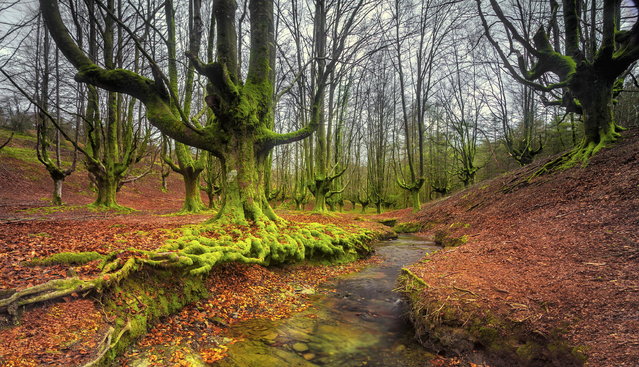 Gorbea Natural Park is a protected area located between the provinces of Alava and Vizcaya in the Basque Country of northern Spain. Gorbea takes its name from its highest peak, the Gorbea (or Gorbeia) at 1,482 metres (4,862 ft) above sea level.
Details
27 Sep 2014 09:52:00,post received 0 comments
Popular tags:
All tags
Last searches: