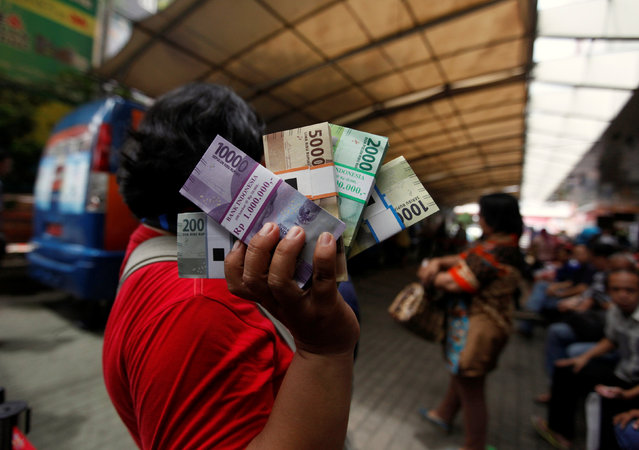 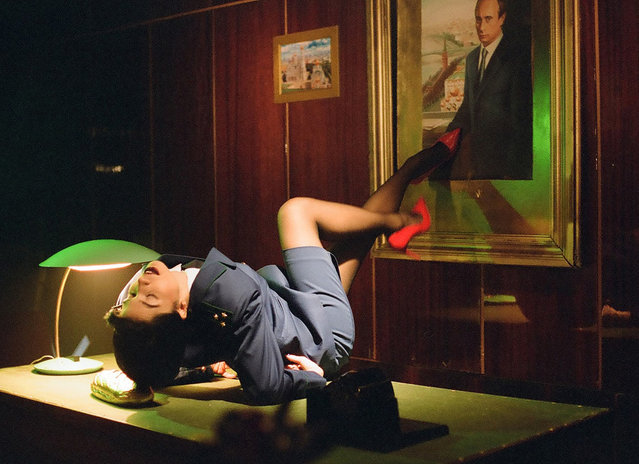 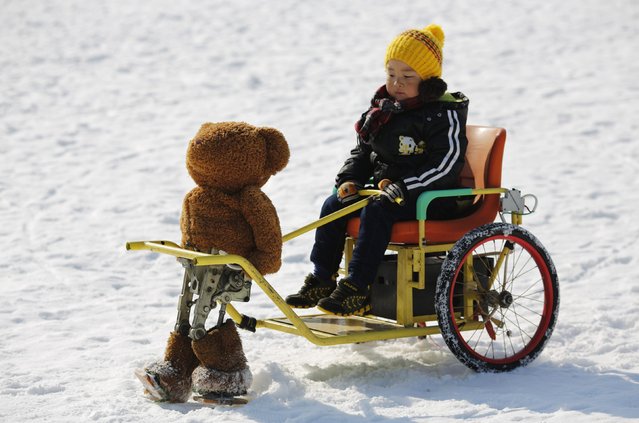 A boy rides on a snow wagon towed by a robot dressed as a Teddy bear, which only moves forward by moving its legs, during the Ice and snow carnival at Taoranting park in Beijing February 9, 2015. (Photo by Kim Kyung-Hoon/Reuters)
Details
10 Feb 2015 11:31:00,post received 0 comments
Popular tags:
All tags
Last searches: