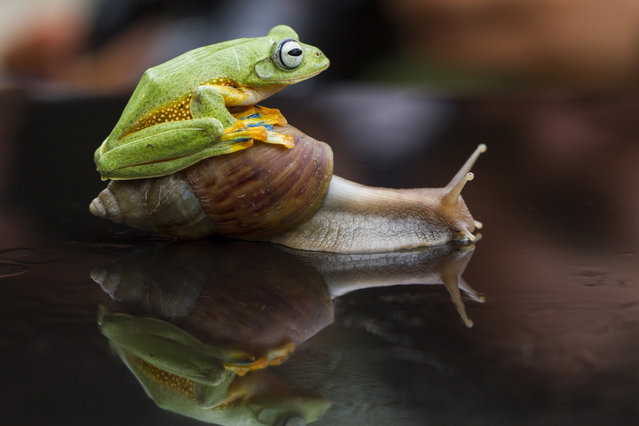 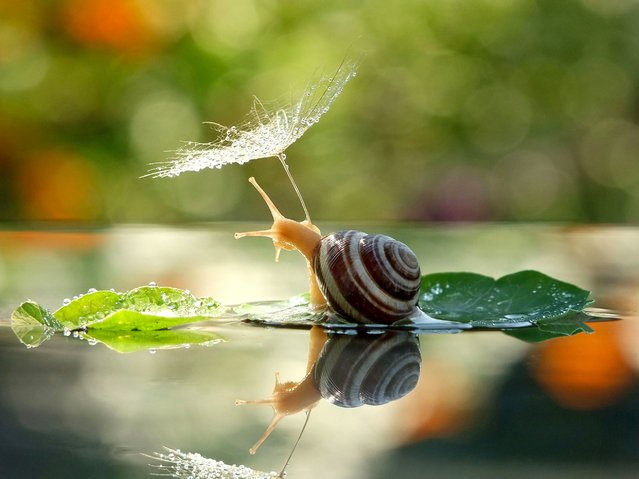 “A Snail's Life”. Photographer Vyacheslav Mischenko captures gorgeous macro photographs of snails near his hometown of Berdichev, Ukraine. After being taught to hunt for mushrooms as a child, Vyacheslav has grown up with a keen eye for spotting critters on the forest floor. Here, a snail takes shelter while perching on a leaf. (Photo by Vyacheslav Mischenko/Caters News)
Details
21 Apr 2014 09:53:00,post received 0 comments
Fact Snail Farming in Austria 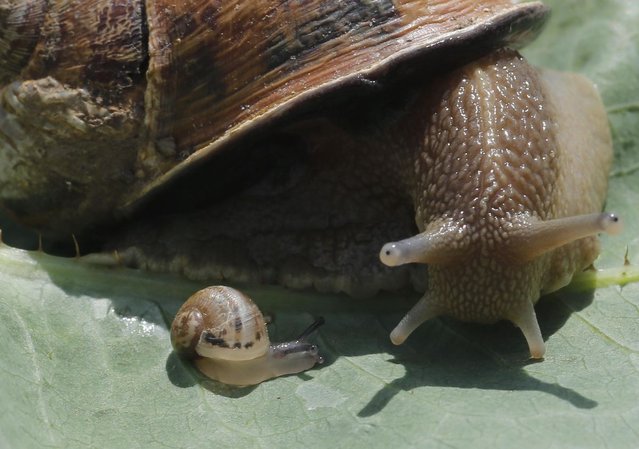 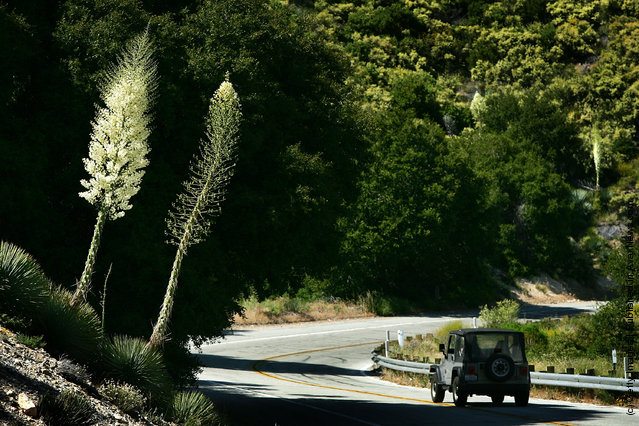 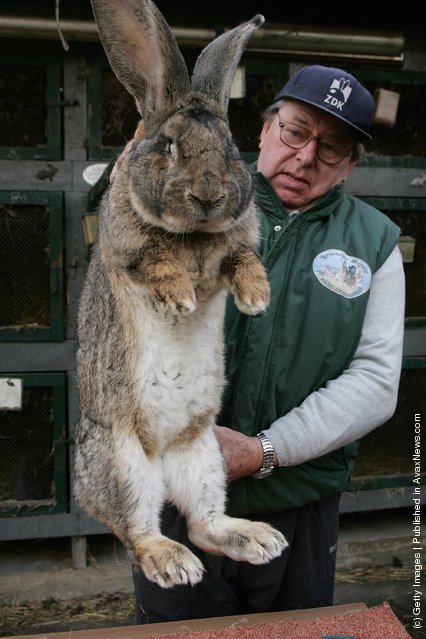 Pensioner Karl Szmolinsky, who raises a breed of rabbits called giant grays, shows Robert 2, an 8.5kg giant grey who is 74cm long and has ears 25.5cm long, in the backyard of his house on January 15, 2006 in Eberswalde, Germany. In November Szmolinsky sold eight giant greys to a delegation from North Korea, whom he said want to raise the breed as a source of meat for the North Korean population. Szmolinsky said his rabbits reach a maximum weight of 10.5 kg (23.1lbs.). (Photo by Sean Gallup/Getty Images)
Details
23 Mar 2011 10:47:00,post received 0 comments
Charming Praying Mantis Rides Snail Through Borneo Jungle 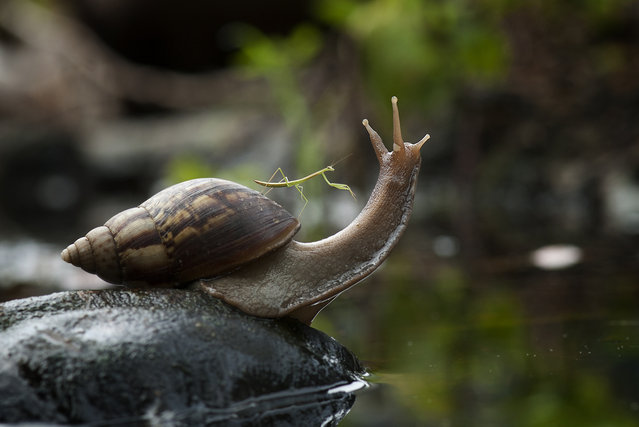 “Check out this praying mantis totally bossing a trek through the Borneo jungle – on the back of a snail. Yes, it may not be the fastest mode of transport for the discerning traveller, but at least the green chap isn't getting his feet wet. The slightly sinister sight was captured by snapper Nordin Seruyan in central Borneo”. – Sara C. Nelson via Barcroft Media. (Photo by Nordin Seruyan/Barcroft Media)
Details
28 Mar 2014 09:25:00,post received 0 comments
Educative Giant Hedgehog In London 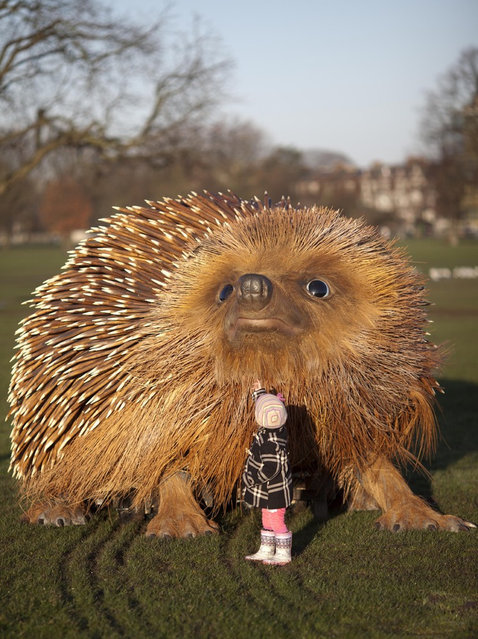 A giant hedgehog statue is spotted in London's Clapham Common after a survey reveals many Brits have never seen one in the wild. Naturalist Sir David Attenborough hopes to educate the masses about such creatures on his new show.
Details
02 Mar 2014 13:54:00,post received 0 comments
Wow Giant Polar Bear of London 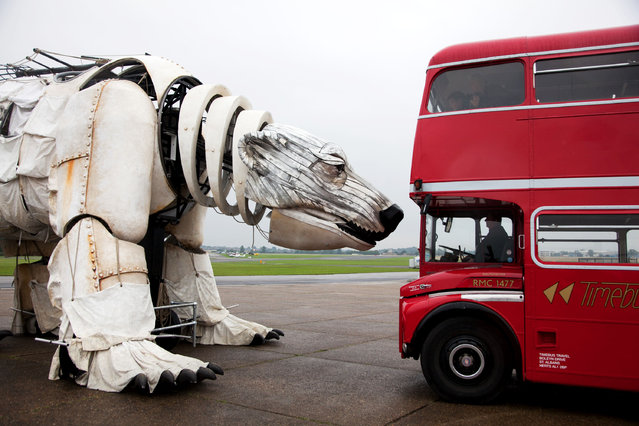 Her name is Aurora, and she is the star of “Aurora's Parade”, the London chapter of ceride – Greenpeace’s global day of action to protest against Arctic destruction. According to DesignBoom, this giant people-powered super-puppet weighs about 3 tons and needs 15 puppeteers and 30 volunteers to operate. Aurora, described as “part protest, part performance”, has fur that includes the names of each supporter in the movement. Greenpeace hopes she will bring the voice and spirit of the Arctic to the public.
Details
13 Mar 2014 13:41:00,post received 0 comments
Popular tags:
All tags
Last searches: