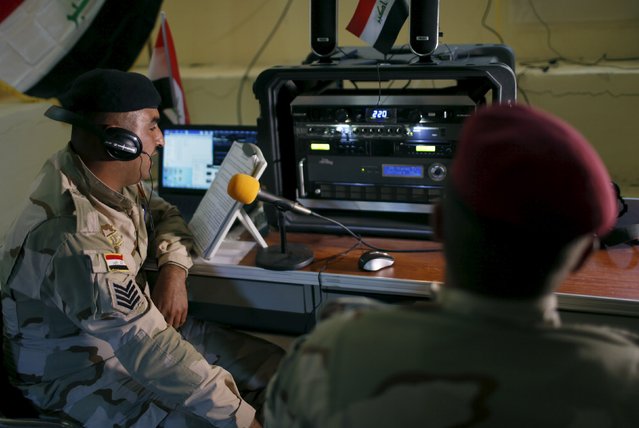 Iraqi soldiers work at a radio station at Makhmour base, Iraq April 17, 2016. The Iraqi army has set up a radio station at its base in Makhmour broadcasting into areas south of Mosul controlled by Islamic State militants. The radio, which reaches villages halfway to the northern city, broadcasts military anthems and messages to the more than one million civilians living there. Radio operators said their aim was to weaken the militants’ morale and reassure civilians that the military has not forgotten them after nearly two years under Islamic State control. (Photo by Ahmed Jadallah/Reuters)
Details
19 Apr 2016 13:17:00,post received 0 comments
Fact Lady Gaga Performs On ABC's «Good Morning America» 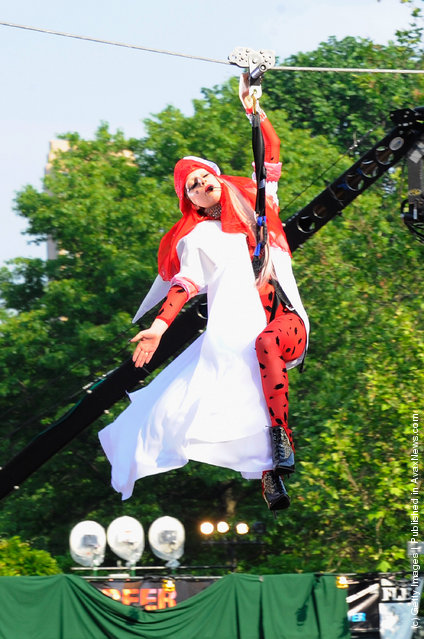 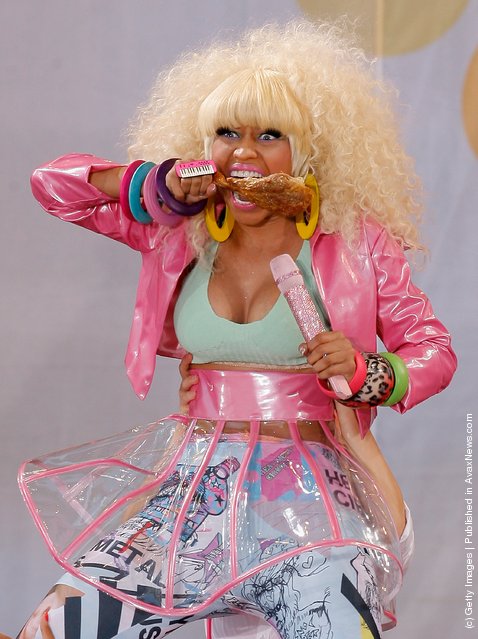 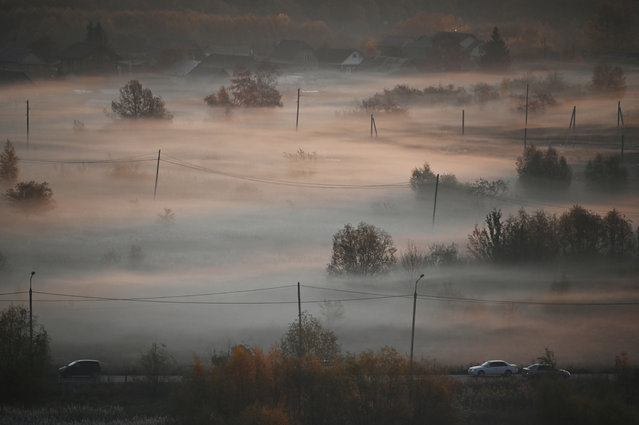 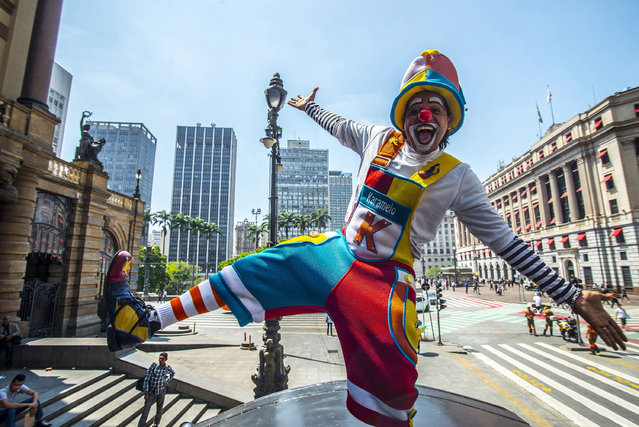 Group of clowns protested in the old center of Sao Paulo, Brazil on October 24, 2016. They are against false clowns scare people. They say they are clowns good and that people who dress to scare clown clowns are false. The wave of evil clowns started in the US and has spread to many countries. (Photo by Cris Faga via ZUMA Wire)
Details
26 Oct 2016 10:49:00,post received 0 comments
Touching The Good Person of Aleppo 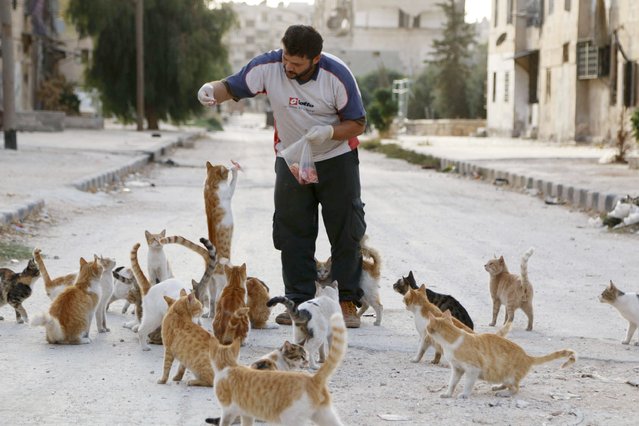 Alaa, an ambulance driver, feeds cats in Masaken Hanano in Aleppo, September 24, 2014. Alaa buys about $4 of meat everyday to feed about 150 abandoned cats in Masaken Hanano, a neigbourhood in Aleppo that has been abandoned because of shelling from forces loyal to Syria's president Bashar Al-Assad on it. Alaa said that he has been feeding and taking care of the cats for over 2 months. (Photo by Hosam Katan/Reuters)
Details
25 Sep 2014 13:29:00,post received 0 comments
Touching Good Friday Around the World 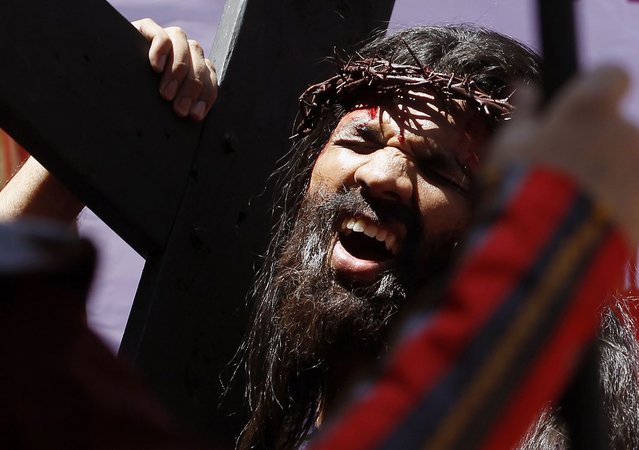 An India Christian devotee reenacts the sufferings of Jesus Christ on the occasion of Good Friday in Mumbai, India, Friday, March 29, 2013. Christians all over the world are marking Good Friday, the day when Christ was crucified. (Photo by Rajanish Kakade/AP Photo)
Details
30 Mar 2013 08:10:00,post received 0 comments
Popular tags:
All tags
Last searches: