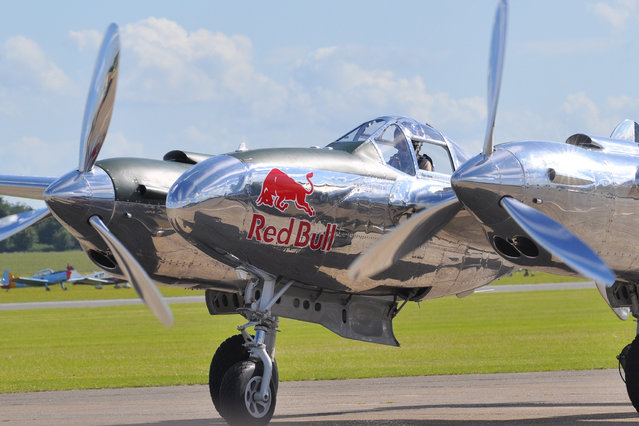 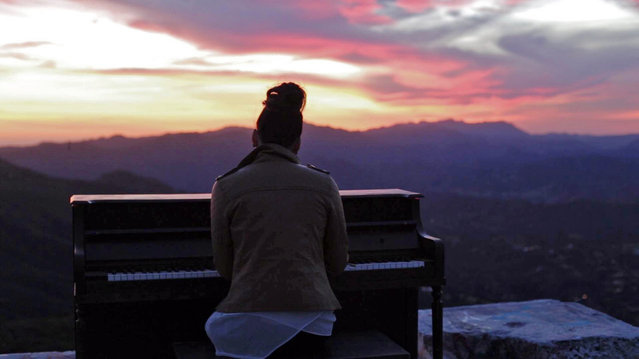 In this March, 2015 photo, a person sits at an upright piano that had been hauled up to Topanga Lookout in the Santa Monica Mountains in Calabasas, Calif. For a couple of days last week, a Southern California hilltop was alive with the sound of mystery. Hikers venturing to Topanga Lookout found a battered upright piano sitting on a graffiti-scrawled concrete slab with a panoramic view over the mountains between Calabasas and the Pacific Ocean. Turns out, the piano was used for a music video by Seattle-based artist Rachel Wong. The cinematographer, Michael Flotron, says he and four others used a dolly and rope to haul the 350-pound instrument a mile up the trail on Tuesday. After the shoot, it was too dark to get the piano back down. Flotron says people seem happy to leave it there. But if necessary, he'll haul the piano back down. (Photo by Michael Flotron/AP Photo)
Details
30 Mar 2015 13:08:00,post received 0 comments
Wow The Mysterious “Mirror Man” in L.A. 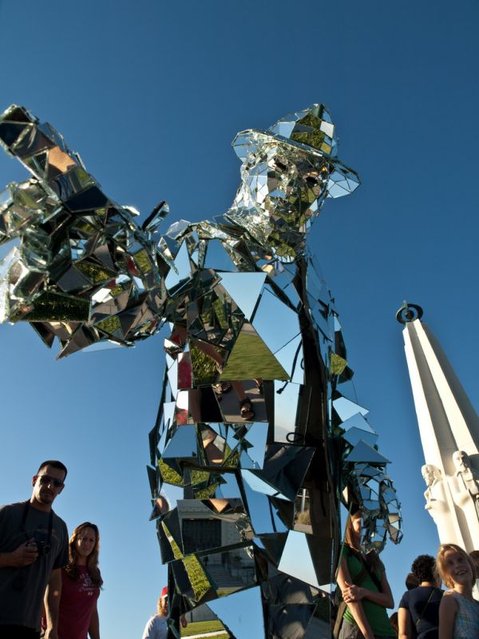 “The ‘mirror man’ aka ‘The Collector‘ is by the artist Gustav Troger of San Francisco & Vienna. He is in North America now on another ‘The Collector’ tour.”
Details
04 Jun 2012 12:52:00,post received 0 comments
Educative Mystery Meat By Peter Augustus 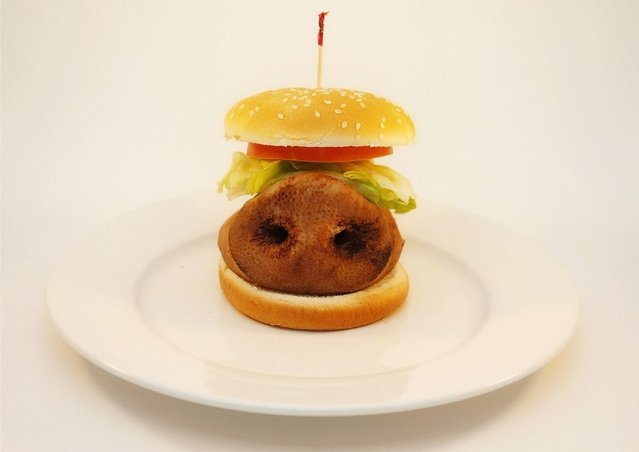 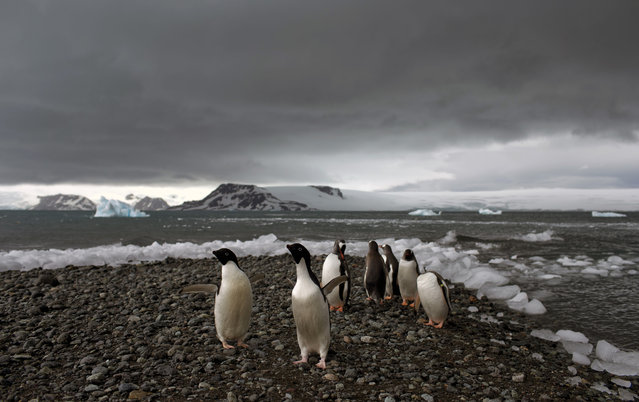 In this January 27, 2015 photo, penguins walk on the shore of Bahia Almirantazgo in Antarctica. Antarctica “is big and it's changing and it affects the rest of the planet and we can't afford to ignore what's going on down there”, said David Vaughan, science director of the British Antarctic Survey. (Photo by Natacha Pisarenko/AP Photo)
Details
22 Feb 2015 10:45:00,post received 0 comments
Wow Millie the Cat – Mountain-Climbing Legend! 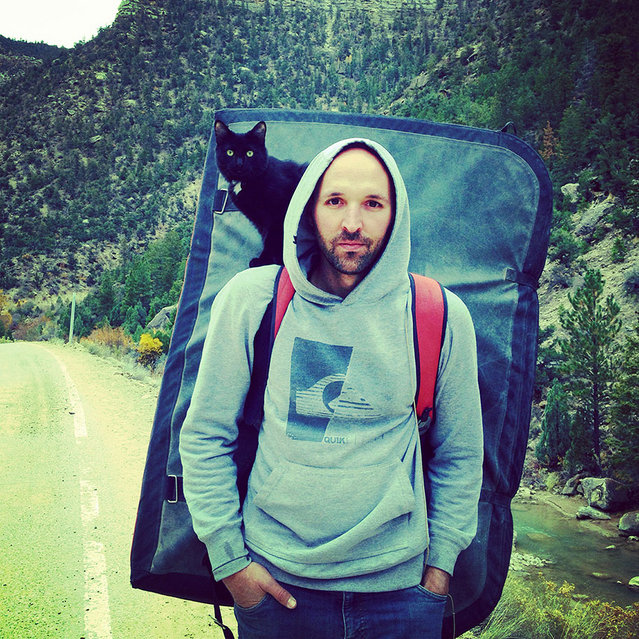 Most pet cats will become timid or defensive when outdoors, but not Millie – after being adopted by her mountain-climbing owner Craig Armstrong, Millie has become a feline hiking and mountain-climbing legend.
Details
18 Aug 2014 12:05:00,post received 0 comments
Educative Mysterious Light Pillar 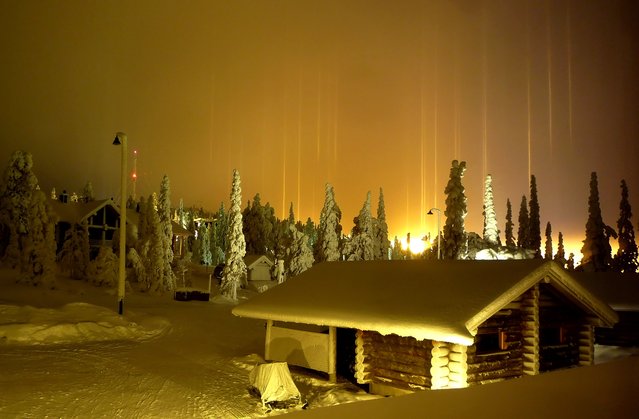 A light pillar is a visual phenomenon created by the reflection of light from ice crystals with near horizontal parallel planar surfaces. The light can come from the Sun (usually at or low to the horizon) in which case the phenomenon is called a sun pillar or solar pillar. It can also come from the Moon or from terrestrial sources such as streetlights.
Details
03 May 2014 15:17:00,post received 0 comments
Fact The Mysterious Wandering Holy Men of Nepal 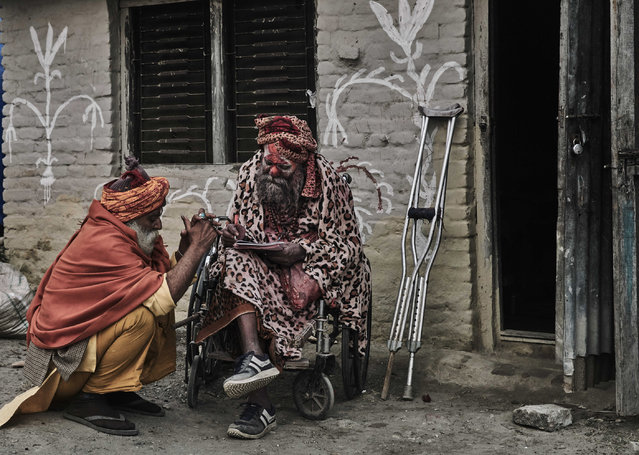 Two holy men with a decorative faces and headdresses, taken in Kathmandu, Nepal. Wandering through the cities and forests of Nepal are the holy men, or Sadhus, who have left all materialistic pleasures behind to live a life devoted to God. Their appearances vary from brightly coloured face paints, and decorations, to minimalistic practical clothing, but they all represent the fundamental values and meanings of Hinduism. Danish photographer Jan Moeller Hansen visited the ancient capital city of Kathmandu between 2013 and 2016 and documented the mysterious holy wanderers. (Photo by Jan Moeller Hansen/Barcroft Images)
Details
02 Feb 2017 05:02:00,post received 0 comments
Popular tags:
All tags
Last searches: