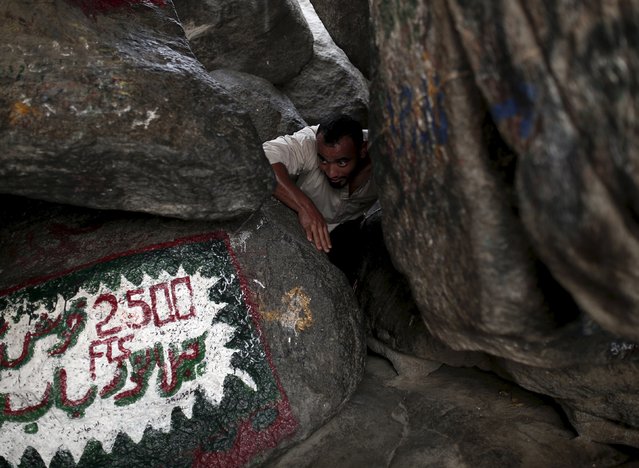 A Muslim pilgrim makes his way to Hera cave, where Muslims believe Prophet Mohammad received the first words of the Koran through Gabriel, at the top of Mount Al-Noor during the annual haj pilgrimage in the holy city of Mecca, September 21, 2015. (Photo by Ahmad Masood/Reuters)
Details
23 Sep 2015 08:01:00,post received 0 comments
Fact Haj Pilgrimage 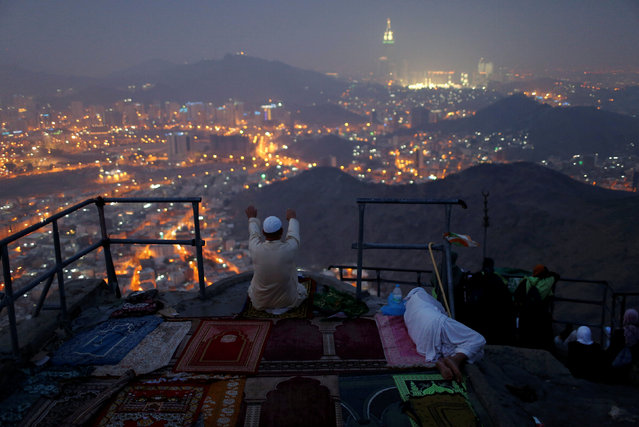 A pilgrim prays at Mount Al-Noor, where Muslims believe Prophet Mohammad received the first words of the Koran through Gabriel in the Hera cave, ahead of the annual haj pilgrimage in the holy city of Mecca, Saudi Arabia September 7, 2016. (Photo by Ahmed Jadallah/Reuters)
Details
08 Sep 2016 09:56:00,post received 0 comments
Fact Birthday of Prophet 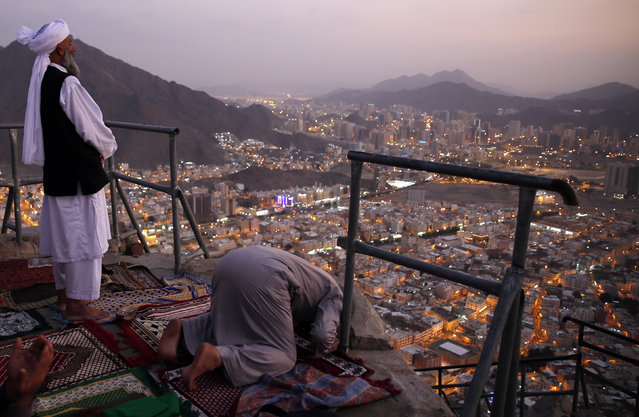 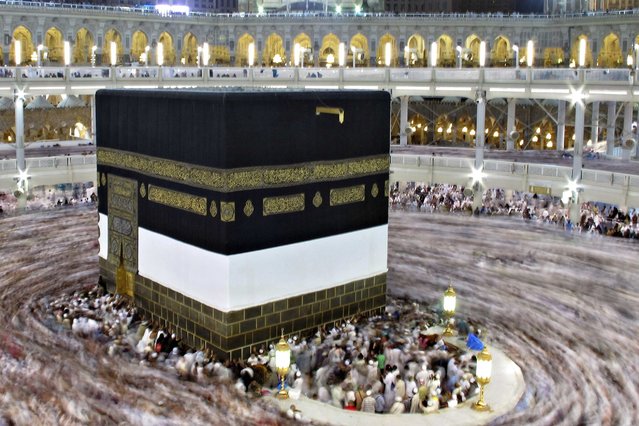 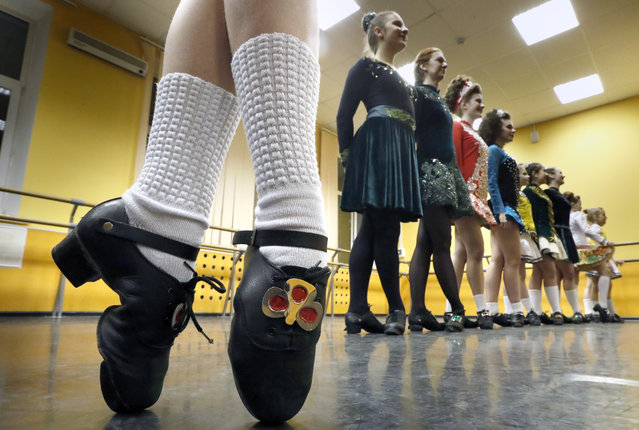 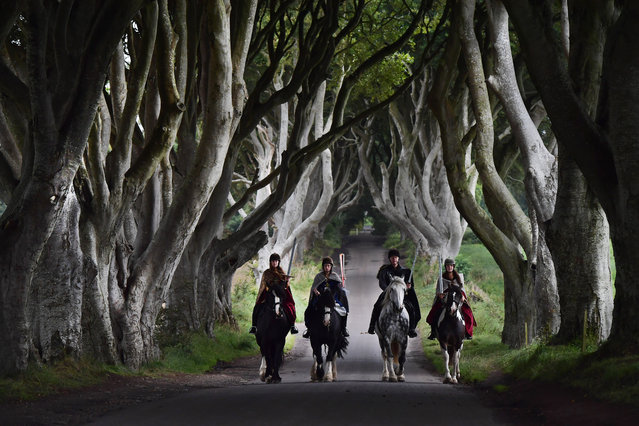 Four actors on horseback dressed in Game of Thrones related costumes carry the Queen's Baton as they make their way way along the Dark Hedges on August 29, 2017 in Antrim, Northern Ireland. The Dark Hedges near Stranocum in County Antrim featured as the King's Road in season two of Game of Thrones and has become a tourist mecca for fans of the television series along with other filming locations in the province. The Queen's Baton Relay is currently on a tour of the United Kingdom as it makes its way around Europe in preparation for the 2018 Commonwealth Games in Australia. (Photo by Charles McQuillan/Getty Images)
Details
30 Aug 2017 07:28:00,post received 0 comments
Fact The Week in Pictures: Animals, April 6 – April 12, 2013 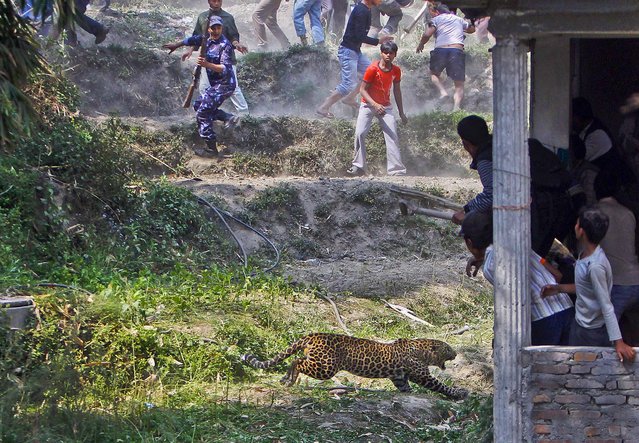 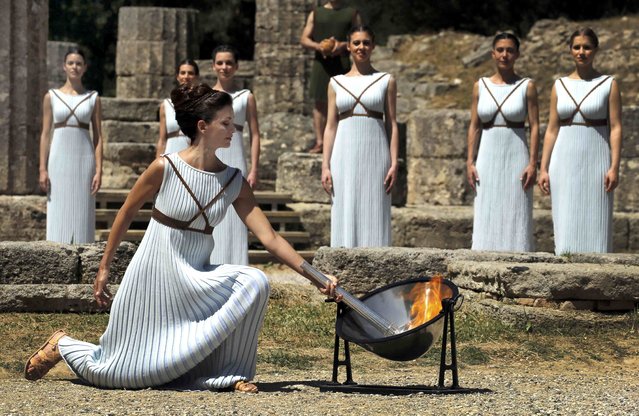 Greek actress Katerina Lehou, playing the role of High Priestess, lights a torch during the dress rehearsal for the Olympic flame lighting ceremony for the Rio 2016 Olympic Games at the site of ancient Olympia in Greece, April 20, 2016. Fire spurted from the concave mirror as a priestess, kneeling in her long, pleated dress before a ruined Greek temple, focused the blazing sun's rays on her metal torch. Come rain or shine on Thursday's official lighting ceremony, Rio de Janeiro has now secured its Olympic flame, which will burn in the main Olympic stadium throughout the Aug. 5-21 games. (Photo by Yannis Behrakis/Reuters)
Details
21 Apr 2016 12:08:00,post received 0 comments
Popular tags:
All tags
Last searches: