Spectators await the start of a cinema screening at a Kinostar De Lux Multiplex in the Moscow suburb of Khimki, December 7, 2014. Furniture retailer IKEA has converted one of the cinema halls, completely replacing standard seats with their furniture, according to local media. There are 17 double beds fitted in the hall, which was renamed to “It wakes love”. (Photo by Sergei Karpukhin/Reuters)
Details
08 Dec 2014 12:06:00,post received 0 comments
Fact FARC's Rebels Prepare for Peace 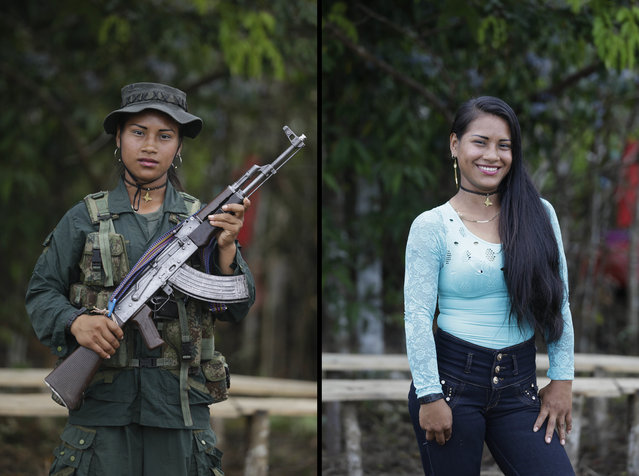 This August 15, 2016 photo shows two portraits Carolina, one of her holding a weapon while in her uniform for the Revolutionary Armed Forces of Colombia (FARC) 49th front, and in civilian clothing at a guerrilla camp in the southern jungle of Putumayo, Colombia. Carolina, 18, said she has spent three years in the FARC and would like to study engineering after demobilizing as part of a peace deal with Colombia's government. (Photo by Fernando Vergara/AP Photo)
Details
13 Sep 2016 09:50:00,post received 0 comments
Fact 2011 MTV Movie Awards 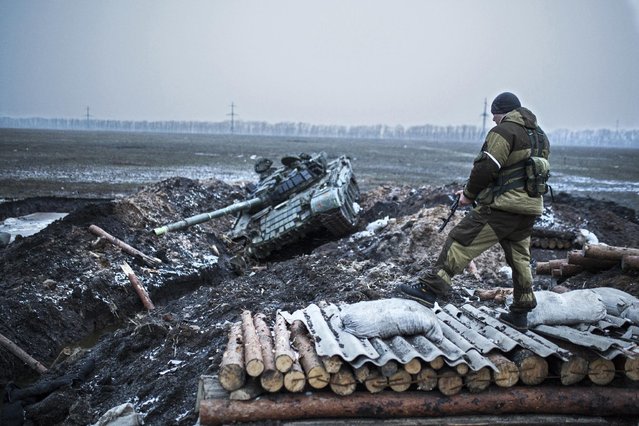 A pro-Russian rebel guards a captured former Ukrainian Army checkpoint outside Vuhlehirsk, Donetsk region, eastern Ukraine, Thursday, February 5, 2015. The rebels have closed in around the town in a strategy they triumphantly refer to as the Debaltseve cauldron. Separatists recently burst through government lines in the rural settlement of Vuhlehirsk. (Photo by Vadim Braydov/AP Photo)
Details
06 Feb 2015 13:11:00,post received 0 comments
Fact Colombia's Rebels Now in Limbo 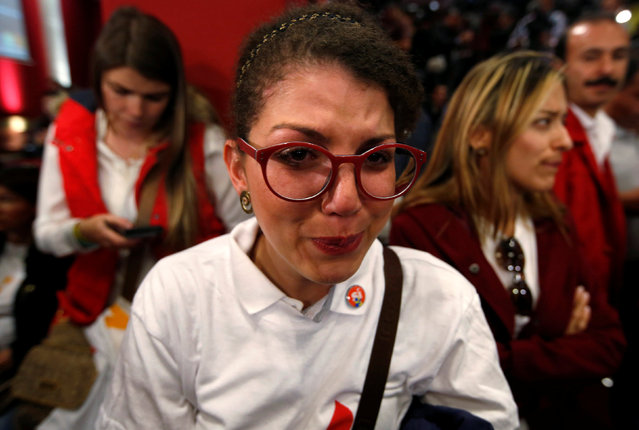 A supporter of “Si” vote cries after the nation voted “NO” in a referendum on a peace deal between the government and Revolutionary Armed Forces of Colombia (FARC) rebels, at Bolivar Square in Bogota, Colombia, October 2, 2016. (Photo by John Vizcaino/Reuters)
Details
04 Oct 2016 10:30:00,post received 0 comments
Fact World Premiere Of "Cinderella" movie 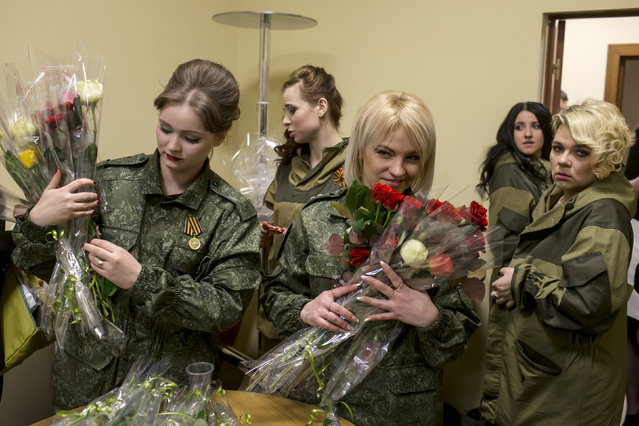