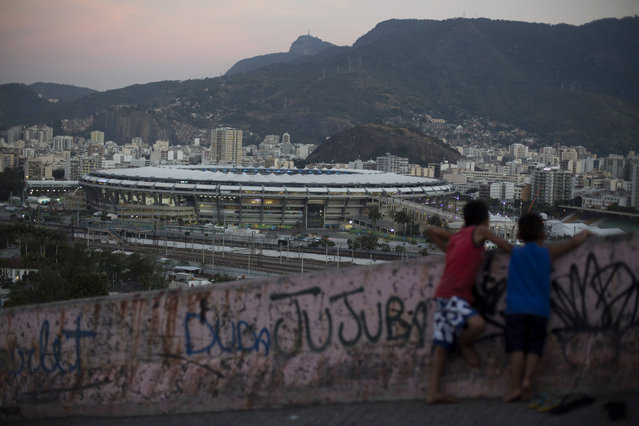 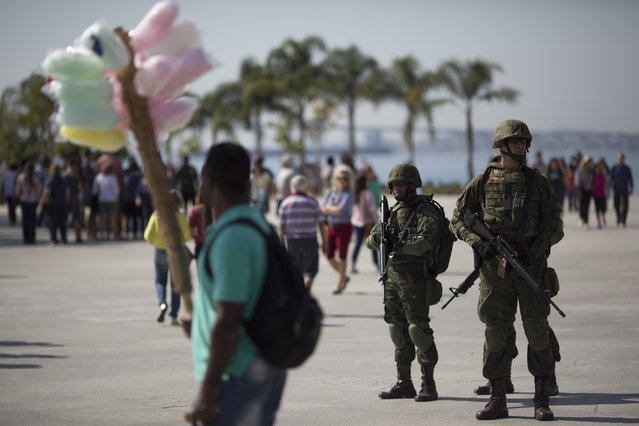 Soldiers stand guard in Maua square where a cotton candy vendor passes by in Rio de Janeiro, Brazil, Saturday, July 9, 2016, as security is deployed to get to know the areas they'll be patrolling during the Olympics. Roughly twice the security contingent at the London Olympics will be deployed during the August games in Rio, which are expected to draw thousands of foreigners to a city where armed muggings, stray bullets and turf wars between heavily armed drug gangs are routine. (Photo by Leo Correa/AP Photo)
Details
10 Jul 2016 09:35:00,post received 0 comments
Fact Rubbish Rio 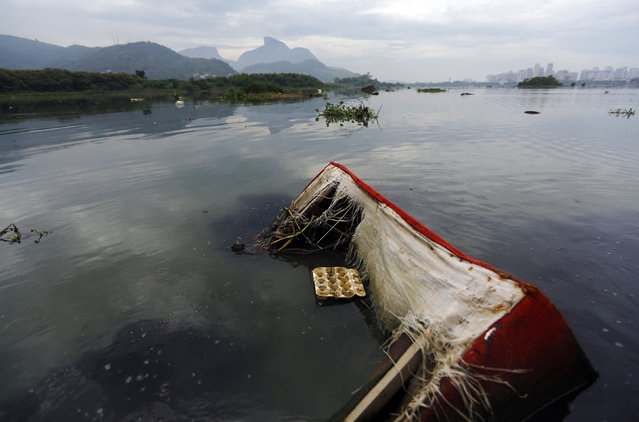 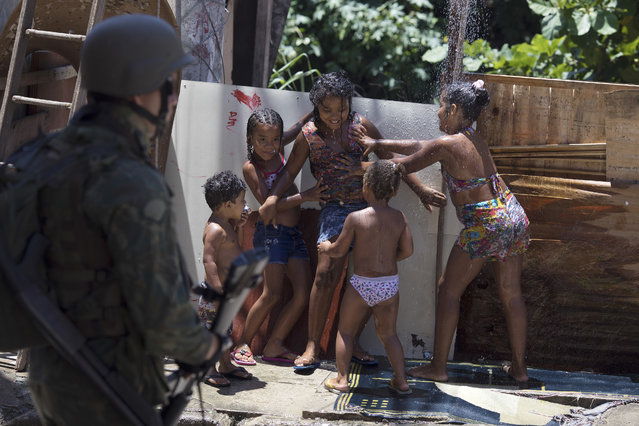 Children play in an outdoor shower as a soldier takes part in a surprise operation in the Manguinhos slum in Rio de Janeiro, Brazil, Thursday, January 18, 2018. Troops have been sent to Rio due to the increase of the violence, and in an attempt to help restore order, but so far have had little impact. The operation on Thursday took place three weeks ahead of Carnival, when thousands of tourists are expected to arrive in the city. (Photo by Leo Correa/AP Photo)
Details
20 Jan 2018 06:57:00,post received 0 comments
Fact Rio Doce 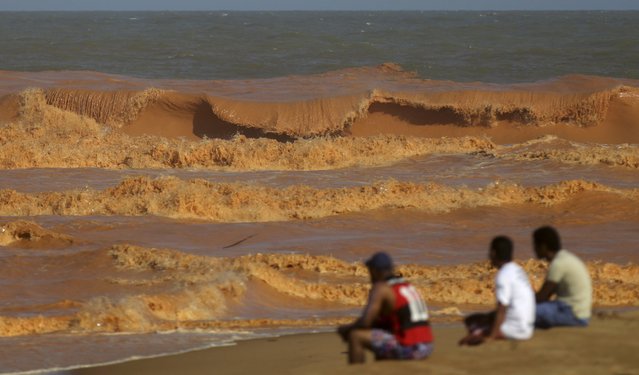 Men look on from the banks of Rio Doce (Doce River), which was flooded with mud after a dam owned by Vale SA and BHP Billiton Ltd burst, as the river joins the sea on the coast of Espirito Santo in Regencia Village, Brazil, November 22, 2015. (Photo by Ricardo Moraes/Reuters)
Details
24 Nov 2015 08:02:00,post received 0 comments
Fact Carnival in Rio 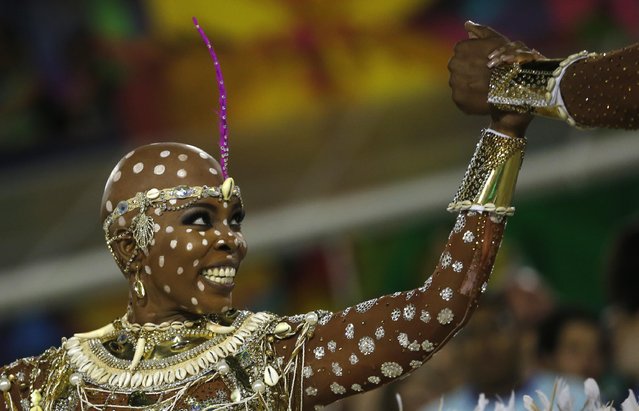 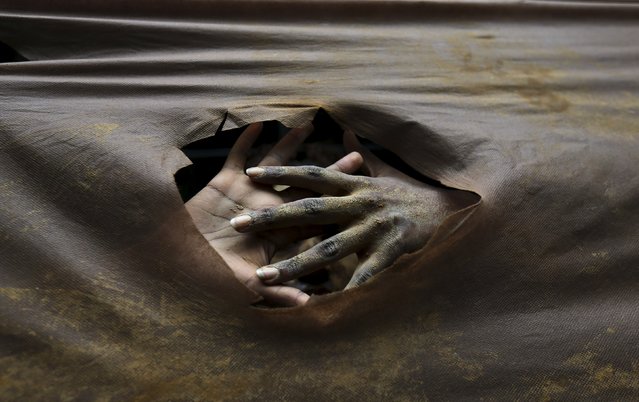 An environmental activist performs during a protest in front of the headquarters of Brazilian mining company Vale SA in downtown Rio de Janeiro, Brazil, November 16, 2015. The collapse of two dams at a Brazilian mine, owned by Vale SA and BHP Billiton Ltd, has cut off drinking water for quarter of a million people and saturated waterways downstream with dense orange sediment that could wreck the ecosystem for years to come. Nine people were killed, 19 are still listed as missing and 500 people were displaced from their homes when the dams burst at an iron ore mine in southeastern Brazil on November 5. (Photo by Sergio Moraes/Reuters)
Details
18 Nov 2015 08:00:00,post received 0 comments
Fact Fencing School in Rio 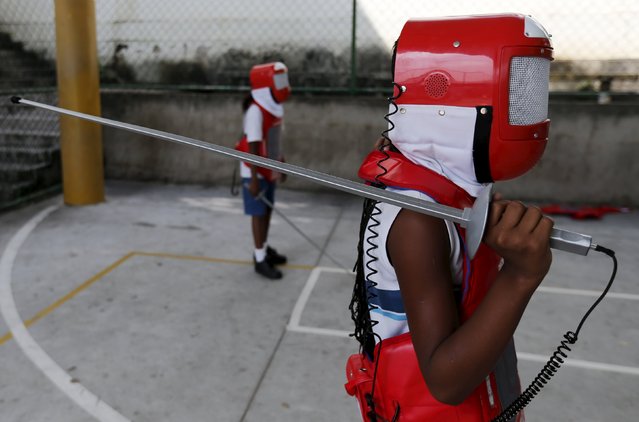 A child, from Municipal school Parana, poses during the project “Fencing School” in Rio de Janeiro, Brazil, March 30, 2016. Children in Rio de Janeiro lift their sights and their swords to new idols, as a round of fencing workshops takes to public schools. The International Fencing Federation, together with the Brazilian and state federations, will reach 40 public schools in March and April. The aim is to whip up a following for the Olympic sport, little known in the soccer-mad nation, as Rio sets the stage for the Summer Games in August. (Photo by Sergio Moraes/Reuters)
Details
02 Apr 2016 09:25:00,post received 0 comments
Popular tags:
All tags
Last searches: