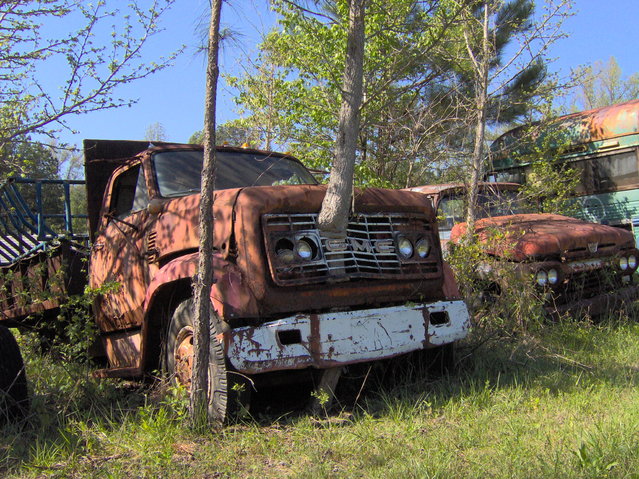 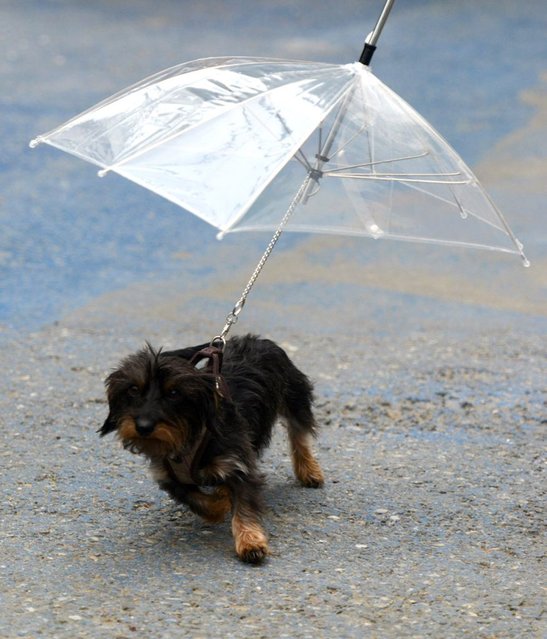 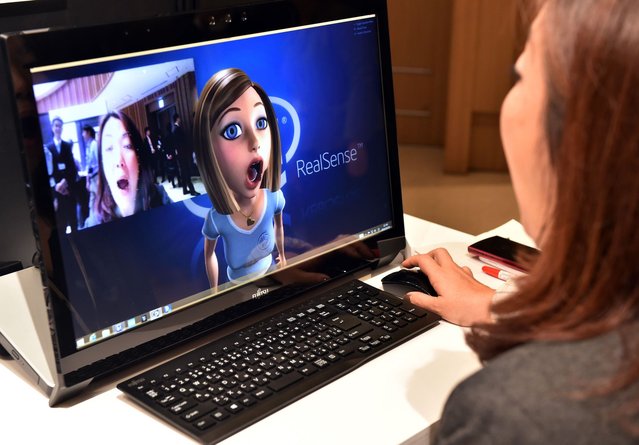 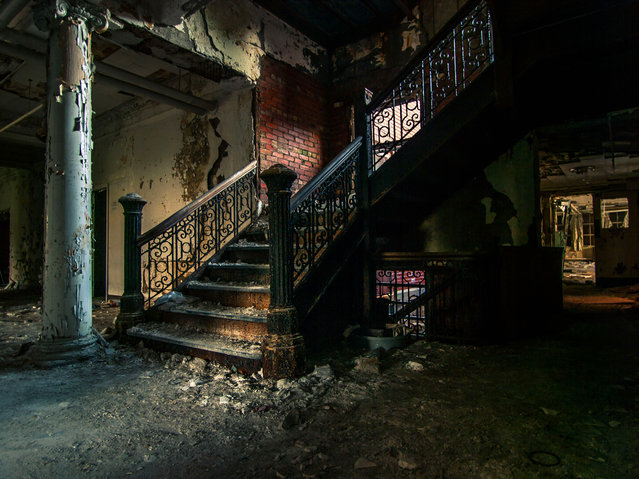 These chilling images prove there is no sign of life at this abandoned tuberculosis treatment hospital. Johnny Joo, 24, captured the eerie shots of the desolate TB ward, in Perrysburg, New York. Where equipment lies gathering rust and walls are left crumbling. The photojournalist, from Cleveland, Ohio, stumbled upon the facility, which shut its doors in 1995, before shooting what remains of the historic site. Johnny said the facility, named after Buffalo Mayor James Nobel Adam, remains something of an unknown quantity as it is surrounded by more than 500 acres of forest land. (Photo by Johnny Joo/Caters News)
Details
30 Jan 2015 10:37:00,post received 0 comments
Touching Car Graveyards 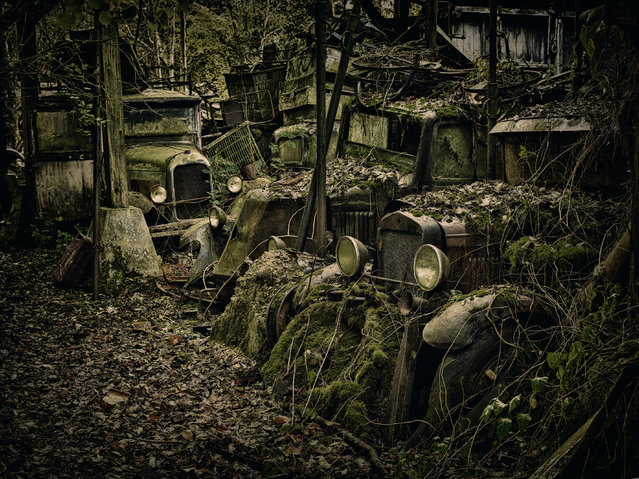 Leaves and forest foliage claim abandoned motors at makeshift car graveyards. German photographer Dieter Klein travels the world to find vintage automobiles left to rust in leafy forests and fields. Here: Seemingly camouflaged cars are stacked on top of each other causing them to blend in with the landscape, in 2013, France. (Photo by Dieter Klein/Barcroft Media)
Details
15 Apr 2015 12:24:00,post received 0 comments
Touching Aging Beauties Classic Cars that were Found in a Barn in Rural France 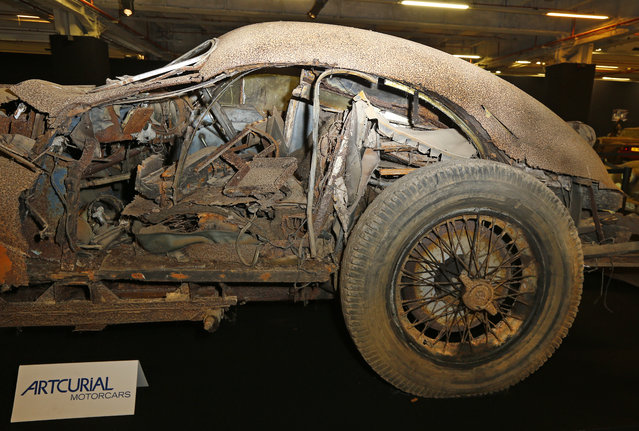 Talbot Lago T26 Grand sport SWB Saoutichik is displayed for auction during the Retromobile show in Paris, Tuesday, February 3, 2015. 60 rusting motors, which include a vintage Ferrari California Spider, a Bugatti and a very rare Maserati, were found gathering dust and hidden under piles of newspapers in garages and outbuildings at a property in France. The cars were collected from the 1950s to the 1970s by entrepreneur Roger Baillon, who dreamt of restoring them to their former glory and displaying them in a museum, but, his plans were dashed as his business struggled, forcing the sale of about 50 vehicles, to be auctioned off on Feb. 6. (Photo by Jacques Brinon/AP Photo)
Details
06 Feb 2015 12:28:00,post received 0 comments
Fact Bringing Old Petrol Stations Back to Life 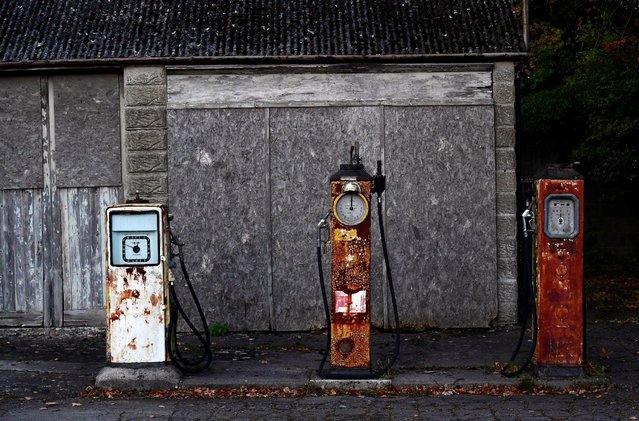 Rusting old petrol pumps outside a long-closed rural village petrol station are seen on a minor road near Trowbridge, Britain, October 21, 2016. From art deco apartments in Sussex to a trendy burger bar in London, some of England's former petrol stations are enjoying a new lease of life following creative makeovers. The overhaul opportunities have been created as more than 20,000 stations closed in the United Kingdom over the past 40 years, according to the U.K.'s Petroleum Industry Association (PIC). (Photo by Toby Melville/Reuters)
Details
16 Dec 2016 10:13:00,post received 0 comments
Touching Bolivia's Train Graveyard 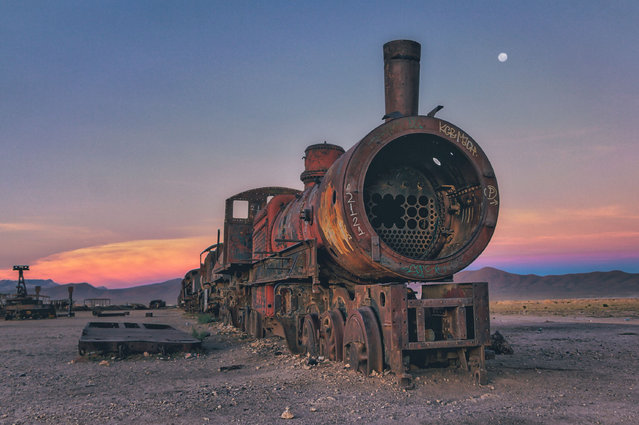 Chris Staring photographs a mysterious train graveyard in the heart of southern Bolivia, where the skeletons of British steam locomotives and rail cars rust away on the edge of the world’s largest salt flats. More than 100 rail cars and locomotives can be found in different states of decay in the train graveyard. (Photo by Chris Staring/Rex Features/Shutterstock)
Details
03 Jul 2016 10:46:00,post received 0 comments
Popular tags:
All tags
Last searches: