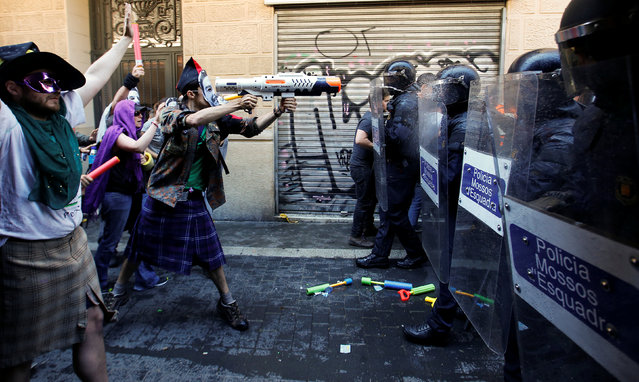 A protester squirts a water gun at Catalan regional police in full riot gear during a protest over the eviction of squatters earlier in the week from “The Expropriated Bank”, in Barcelona, Spain, May 29, 2016. (Photo by Albert Gea/Reuters)
Details
30 May 2016 08:57:00,post received 0 comments
Fact Halloween in Spain 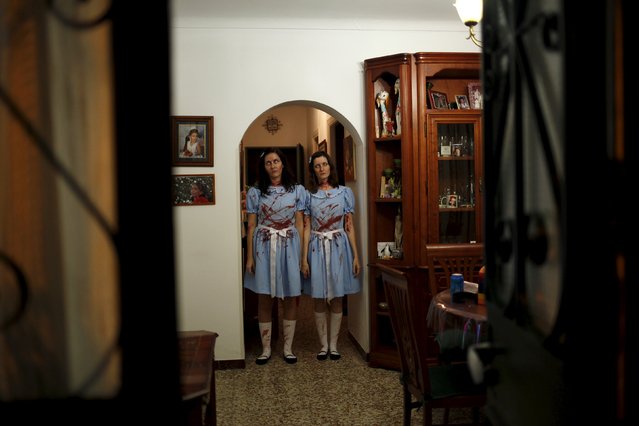 Sisters dressed as the Grady twins from the movie "The Shining" pose for a photo inside their house as they take part in the second edition of "Noche del Terror" (Horror night) during Halloween celebrations in the neighborhood of Churriana, near Malaga, southern Spain, October 31, 2015. (Photo by Jon Nazca/Reuters)
Details
04 Nov 2015 08:02:00,post received 0 comments
Fact Spain this Week 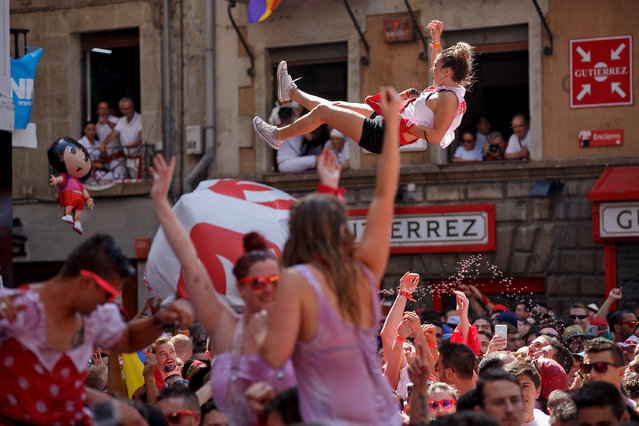 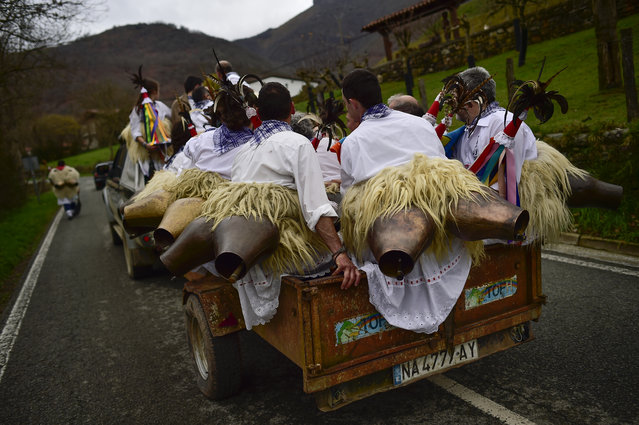 Joaldunaks return in a trailer to their town at the end of Carnival between of the Pyrenees villages of Ituren and Zubieta, northern Spain, Monday, February 1, 2016. In one of the most ancient carnivals in Europe, dating from before the Roman empire, companies of Joaldunak (cowbells) made up of residents of two towns, Ituren and Zubieta, parade the streets costumed in sandals, lace petticoats, sheepskins around the waist and shoulders, coloured neckerchiefs, conical caps with ribbons and a hyssop of horsehair in their right hands and cowbells hung across their lower back. (Photo by Alvaro Barrientos/AP Photo)
Details
02 Feb 2016 13:07:00,post received 0 comments
Fact Big Waves in Spain 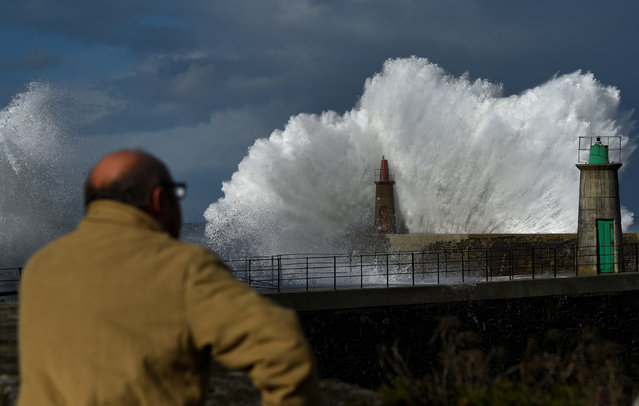 A man looks at waves as they crash against a lighthouse in the northern Spanish village of Viavelez, Spain January 13, 2017. (Photo by Eloy Alonso/Reuters)
Details
14 Jan 2017 12:27:00,post received 0 comments
Sad Deadly Attacks in Spain 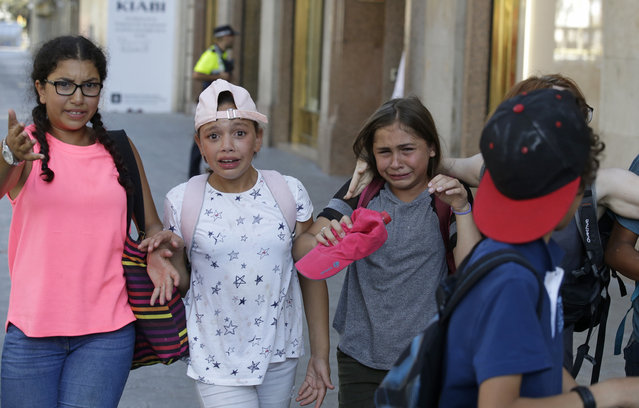 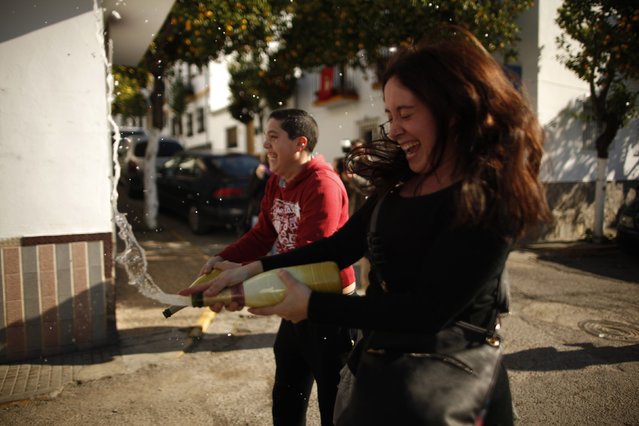 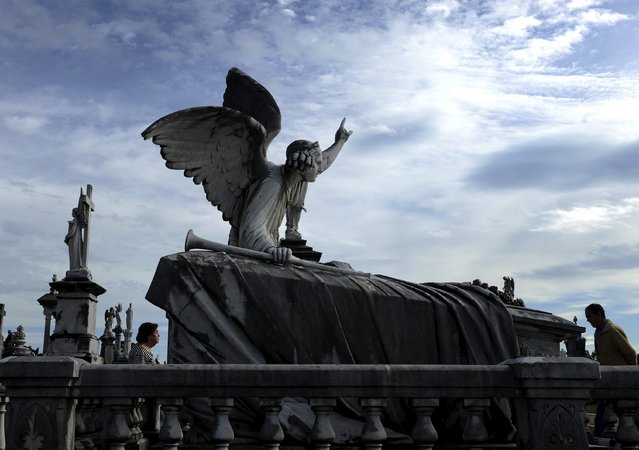 People walk next to of the pantheon of the Marquesa de San Juan de Nieva, chosen as the best tomb sculpture of Spain in a Spanish magazine this week, in the municipal cemetery of La Carriona in Aviles, northern Spain, October 29, 2015. Catholics will mark All Saints' Day on Sunday by visiting cemeteries and graves of deceased relatives and friends. (Photo by Eloy Alonso/Reuters)
Details
01 Nov 2015 08:00:00,post received 0 comments
Popular tags:
All tags
Last searches: