Fact 5 Years of Conflict in Syria 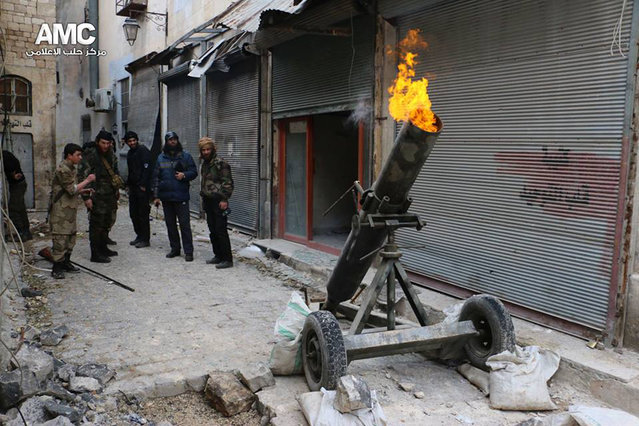 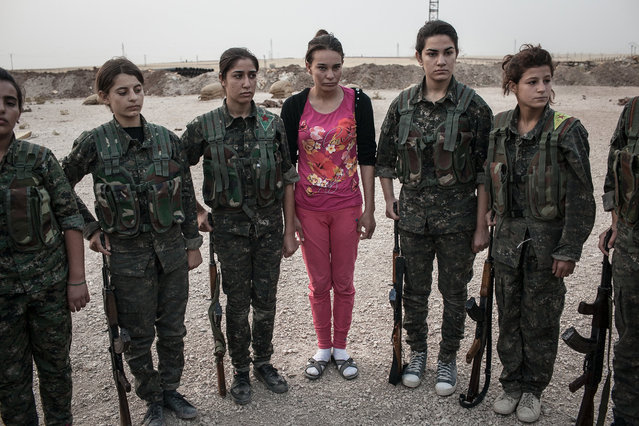 A young YPJ recruit (in pink) arrives to the training base for her first day in training near Derek City, Syria. The YPJ schedule is demanding and requires discipline – new soldiers in training get about 6 hours of sleep a night and wake up at 4 AM to begin exercising; afterwards, their day consists of a full schedule of drills and classroom lessons. Before joining the YPJ many of the girls had never participated in physical activity or sports before. (Photo by Erin Trieb/NBC News)
Details
10 Sep 2014 12:01:00,post received 0 comments
Fact Kurdish Peshmerga Female Fighters 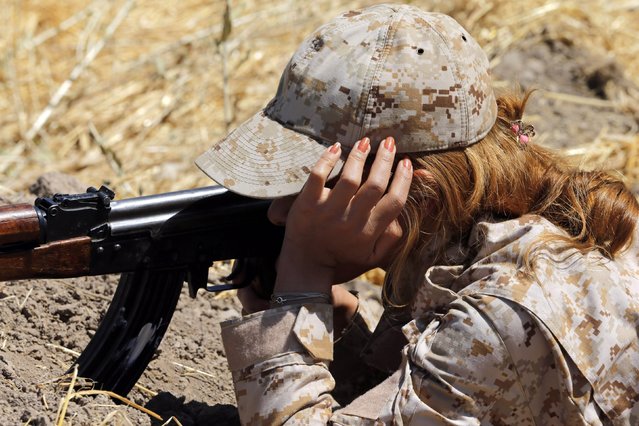 The painted nails of a Kurdish Peshmerga female fighter are seen as she takes up a position during combat skills training before being deployed to fight Islamic State militants, at their military camp in Sulaimaniya, northern Iraq September 18, 2014. (Photo by Ahmed Jadallah/Reuters)
Details
19 Sep 2014 09:45:00,post received 0 comments
Fact Kurdish Refugees – Then and Now 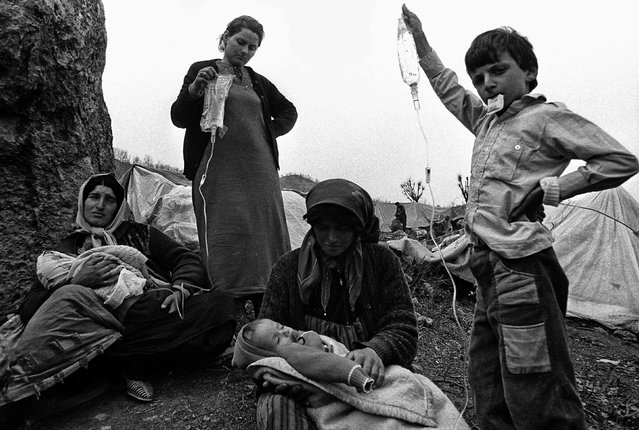 Iraqi Kurdish refugees wait with children in Cukurca refugee camp in Turkey April 8, 1991. Reuters photographers have chronicled Kurdish refugee crises over the years. In 1991 Srdjan Zivulovic documented refugees in Cukurca who had escaped a military operation by Saddam Hussein's government in Iraq aimed at “Arabising” Kurdish areas in the north. Hundreds of thousands fled into Turkey and Iran. Images shot in recent months show familiar scenes as crowds of people flee Islamic State militants in Syria. There are as many as 30 million Kurds, spread through Turkey, Iraq, Syria and Iran. Most Kurds are Sunni Muslims, but tend to feel more loyalty to their Kurdishness, rather than their religion. (Photo by Srdjan Zivulovic/Reuters)
Details
14 Nov 2014 14:09:00,post received 0 comments
Fact Russian in Syria 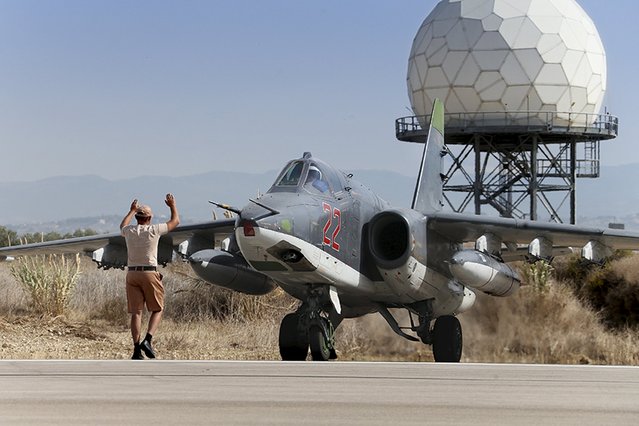 A Russian ground staff member signals to the pilot of a Sukhoi Su-25 fighter jet at the Hmeymim air base near Latakia, Syria, in this handout photograph released by Russia's Defence Ministry October 22, 2015. (Photo by Reuters/Ministry of Defence of the Russian Federation)
Details
26 Oct 2015 08:02:00,post received 0 comments
Fact Syria this Week 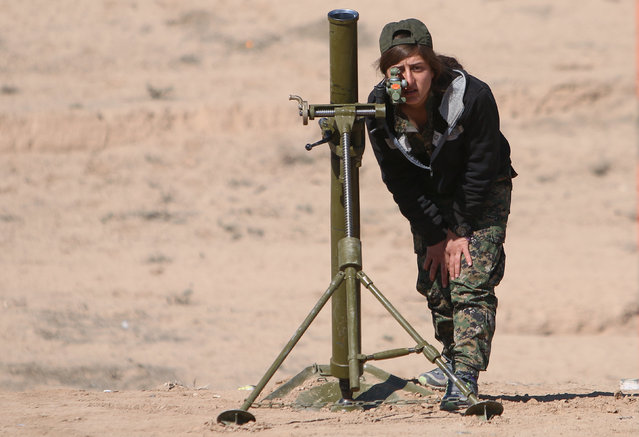 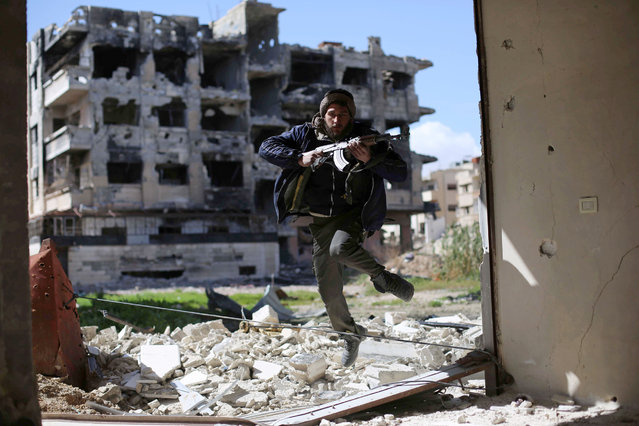 A fighter belonging to Jaish al-Islam (Islam Army) runs to take cover near the frontline on March 14, 2016 in the neighbourhood of Jobar, on the eastern outskirts of the capital Damascus. (Photo by Amer Almohibany/AFP Photo)
Details
25 Mar 2016 13:28:00,post received 0 comments
Fact Syria this Week 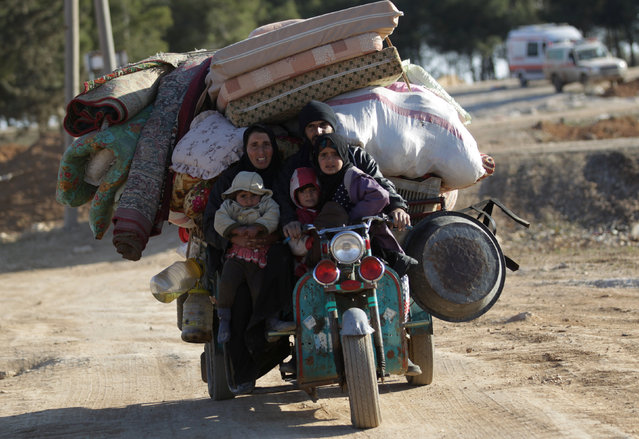