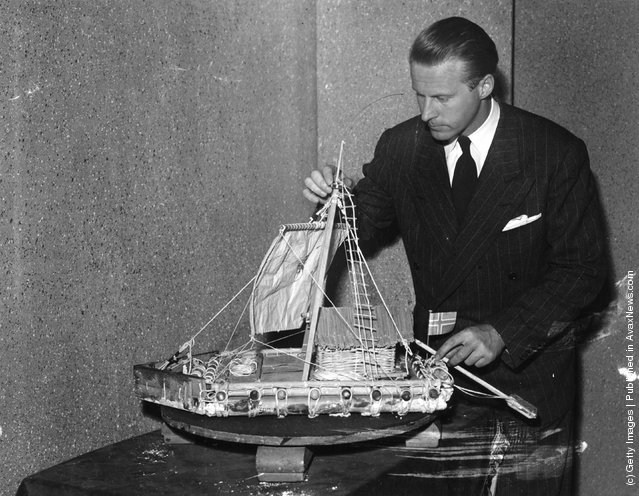 Photo: Norwegian anthropologist Thor Heyerdahl with a model of the balsa raft “Kon-Tiki” on which he drifted 4,300 miles from Peru to the Tuamotu Islands, proving his theory that Polynesia could originally have been populated by South Americans. (Photo by Express/Express/Getty Images). 1950
Details
09 Aug 2011 11:05:00,post received 0 comments
Fact Movie in Bed

Spectators await the start of a cinema screening at a Kinostar De Lux Multiplex in the Moscow suburb of Khimki, December 7, 2014. Furniture retailer IKEA has converted one of the cinema halls, completely replacing standard seats with their furniture, according to local media. There are 17 double beds fitted in the hall, which was renamed to “It wakes love”. (Photo by Sergei Karpukhin/Reuters)
Details
08 Dec 2014 12:06:00,post received 0 comments
Educative Thor's Well in Cape Perpetua 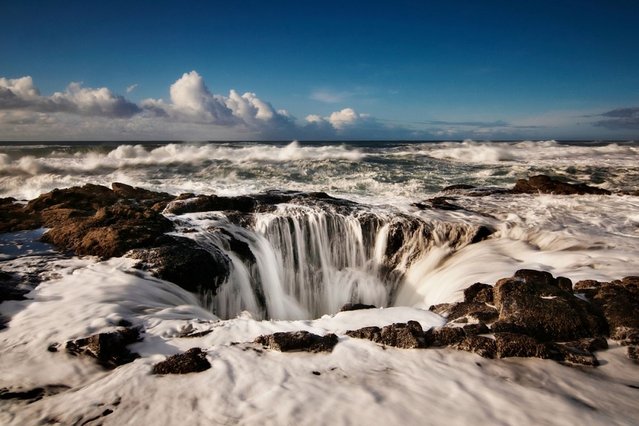 For at least 6,000 years Native Americans hunted for mussels, crabs, sea urchins, and clams along the coast near Cape Perpetua. Evidence of their lives can still be found in the huge piles of discarded mussel shells that lie along the shore near the Cape Perpetua Visitor Center
Details
22 Jul 2012 20:13:00,post received 0 comments
Fact World Premiere Of "Cinderella" movie