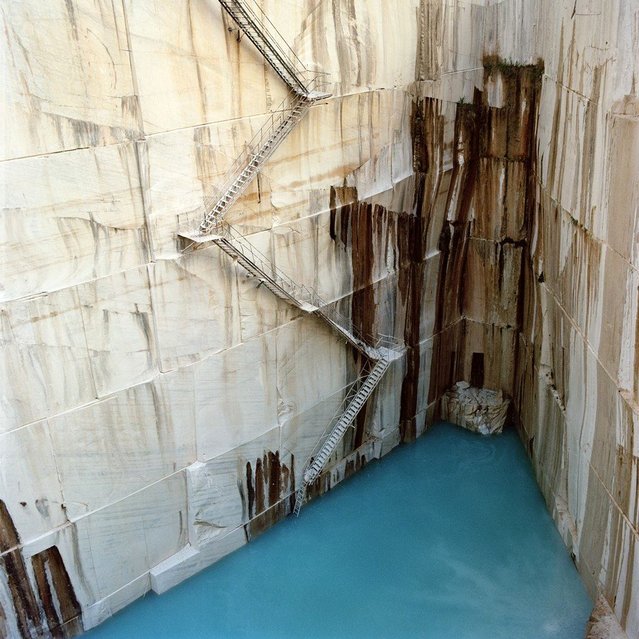 The photos, created by Tito Mouraz in Portugal, look too surreal, and it takes a while to realize that these are actually not painting but reality. The way people can completely transform the terrain is very reminiscent of the way people tend to change themselves. Chip away the granite of their soul, turning it into something that fits their idea of perfection. However, in the end, most of them end up with an obscene parody of beauty, rather than something truly marvelous. The reason for it is probably that people are actually oblivious to the true image of beauty, making them stumble around in the dark, hoping to find something that might not exist at all. (Photo by Tito Mouraz)
Details
30 Oct 2014 13:13:00,post received 0 comments
Fact Official Yacht by Marshal Josip Broz Tito 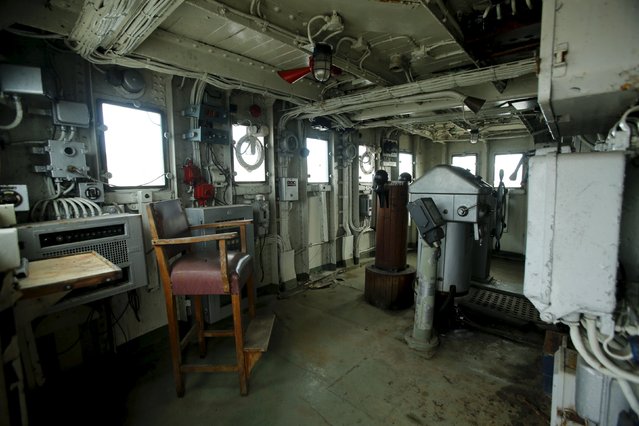 The interior of the ship's bridge on the yacht Galeb is seen in the port city of Rijeka, December 16, 2015. Rijeka announced plans to convert the yacht Galeb used by Yugoslavia's communist leader Josip Broz Tito into a floating museum moored in the city's harbour. Now in disrepair, the 117-metre ship was an iconic symbol of luxury and used by Tito from the 1950s until his death in 1980 to entertain world leaders and celebrities, including the likes of Khruschev, Gaddafi, Indira Gandhi, Elizabeth Taylor and Richard Burton. (Photo by Antonio Bronic/Reuters)
Details
20 Dec 2015 08:03:00,post received 0 comments
Fact Josip Broz Tito's Underground Secret Bunker 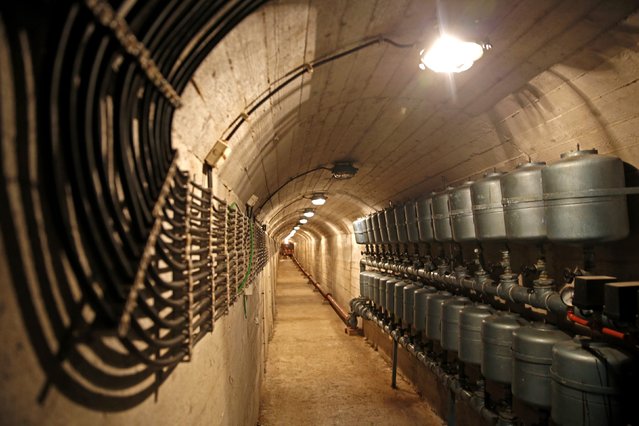 A tunnel with electric switches are seen in Josip Broz Tito's underground secret bunker (ARK) in Konjic, October 16, 2014. In the early 1950s, Josip Broz Tito, the late leader of the former Yugoslavia, ordered the building of the secret bunker, located 900 feet (270 m) underground and near the Bosnian town of Konjic, to safeguard the country's ruling class in case of a nuclear attack. Construction at the complex, which had a cost equivalent price tag of $4.6 billion, continued until 1979, the year before Tito died. (Photo by Dado Ruvic/Reuters)
Details
28 Nov 2014 12:14:00,post received 0 comments
Fact Sport this Week 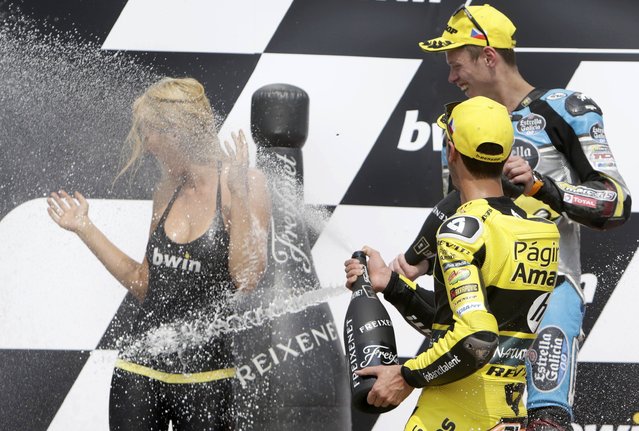 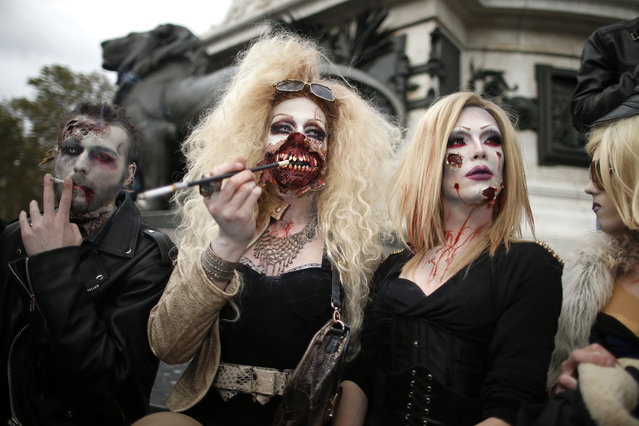 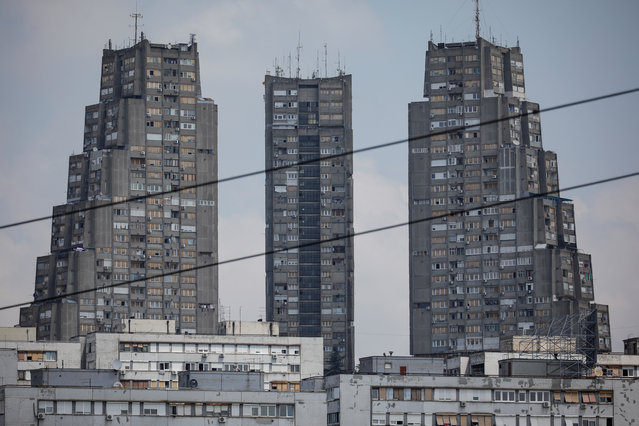 The Eastern City Gate apartment buildings complex stands in the Konjarnik neighbourhood in Belgrade, Serbia, July 30, 2019. Brutalism, an architectural style popular in the 1950s and 1960s, based on crude, block-like forms cast from concrete was popular throughout the eastern bloc. (Photo by Marko Djurica/Reuters)
Details
01 Nov 2019 00:05:00,post received 0 comments
Educative Some Vintage Photos 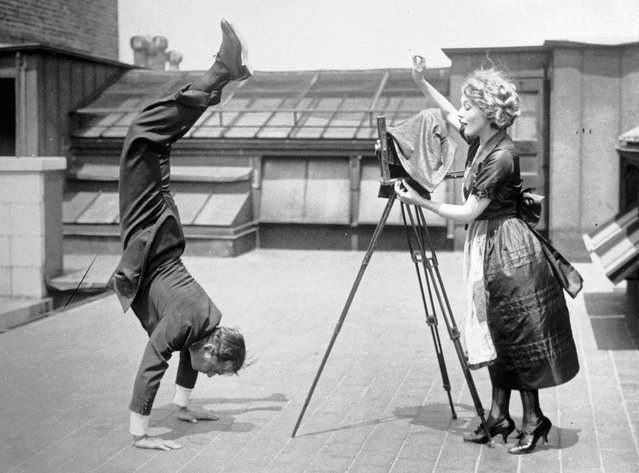 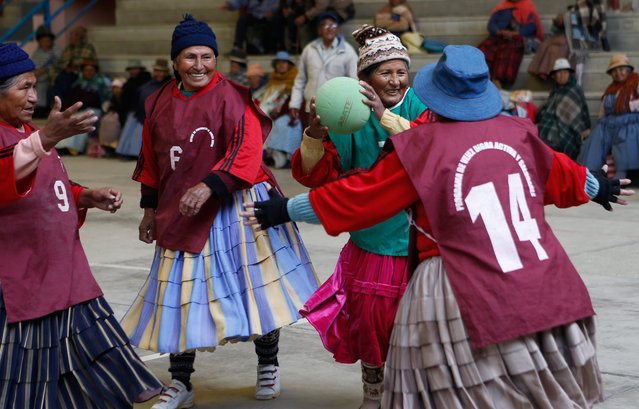 In this February 11, 2105 photo, 72-year-old Aurea Murillo prepares to make a pass during a handball match among elderly Aymara indigenous women in El Alto, Bolivia. Dozens of traditional Aymara grandmothers ease many of the aches and pains of aging by practicing a sport that is decidedly untraditional in Bolivia: team handball. (Photo by Juan Karita/AP Photo)
Details
27 Feb 2015 19:34:00,post received 0 comments
Popular tags:
All tags
Last searches: