Window washers from the American National Skyline company (from left to right in the image below: Jordan Emerson, Steve Oszaniec and Danny Oszaniec) suit up as Marvel Comics superheroes to pleasantly surprise the children (who are patients) and their families inside as the dressed up crew cleans the outside of the windows at Le Bonheur Children’s Hospital in Memphis
Details
08 Sep 2013 09:02:00,post received 0 comments
Touching Spa Services Maid In Akihabara 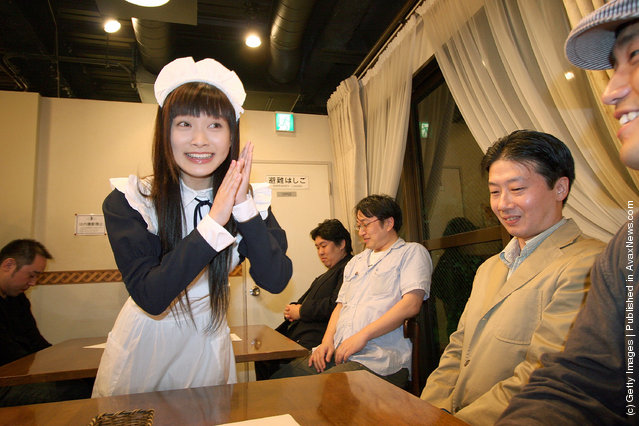 A woman in a maid costume serves customers the Maid Coffee Shop in the Akihabara District October 23, 2005 in Tokyo, Japan. The Akihabara District is known as the world's biggest electrical appliance and equipment town, but recently this area has also became famous for having many shops delivering products and healing services by employees in the costume of maids and animation characters. Some popular shops include coffee, hair salon and massage shops where females deliver services dressed as maids. (Photo by Koichi Kamoshida/Getty Images)
Details
10 Jul 2011 09:32:00,post received 0 comments
Touching “Mirrors and Windows” Project 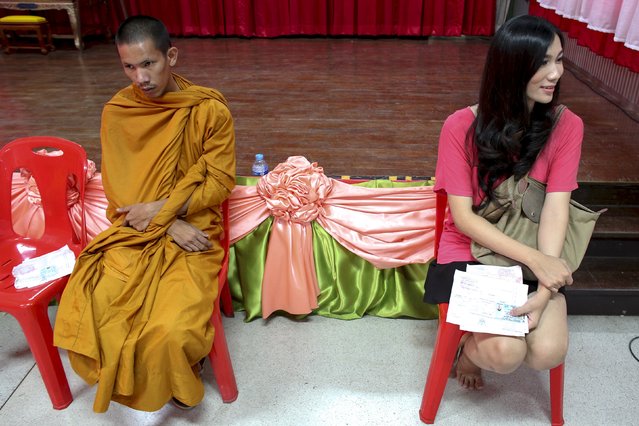 Nopparat (R), a 24-year-old transgender, and a Buddhist monk (L) wait to speak to officers during an army draft held at a school in Bang Na in Bangkok April 3, 2015. Thai men over 21 must serve in the army. Those who volunteer serve six months, but others choose the annual lottery, which goes on for 10 days in recruitment centres around Thailand. Only those not considered physically capable of service, the mentally ill and those who have significantly altered their physical appearance, such as transgenders, are exempt. Picture taken April 3, 2015. (Photo by Athit Perawongmetha/Reuters)
Details
06 Apr 2015 09:54:00,post received 0 comments
Fact Stress Relief Service In Moscow 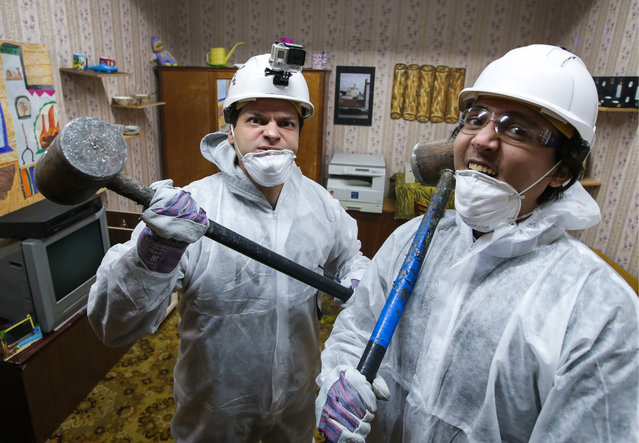 People in hard hats in a rage room in Moscow, Russia on January 27, 2016. The Debosh stress relief service gives its customers an opportunity to smash the rage room up with sledgehammers and bats to relieve stress and tension. (Photo by Artyom Geodakyan/TASS/Barcroft Media)
Details
05 Feb 2016 11:10:00,post received 0 comments
Fact Grimaldi Clown Service 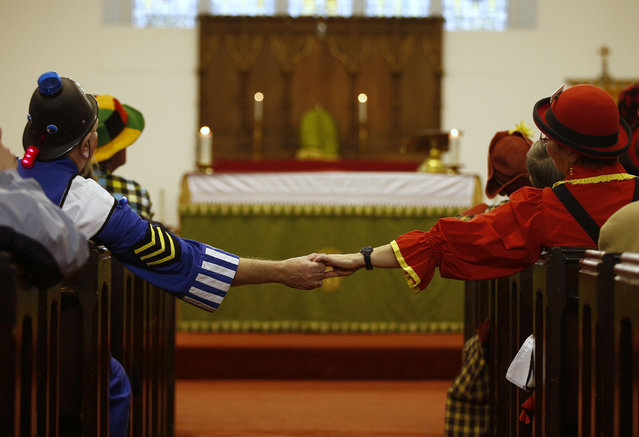 Clowns sit in the pews and hold hands across the aisle of the All Saints Church during the Grimaldi clown service in Dalston, north London, February 7, 2016. The Clowns International 70th annual service brings together professional clowns from Britain and Europe in a service of remembrance to the famous British clown Joseph Grimaldi, who died in 1837. (Photo by Peter Nicholls/Reuters)
Details
08 Feb 2016 11:21:00,post received 0 comments
Popular tags:
All tags
Last searches: