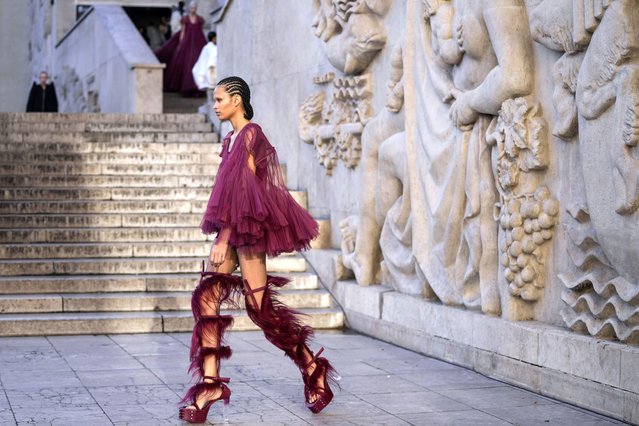 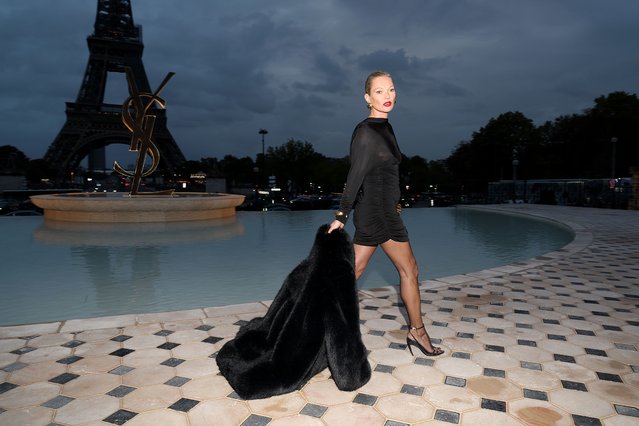 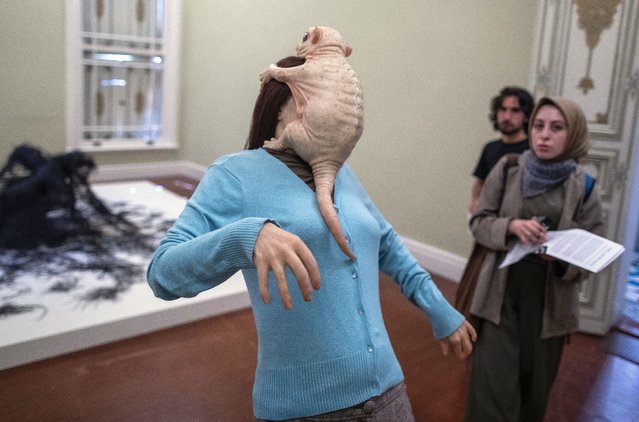 Visitors view Patricia Piccinini's “The Embrace” artwork during the “You Know Who” exhibition at the Abdulmecit Efendi mansion in Istanbul, Turkey, 27 September 2022. The exhibition, which by the organizers is described as questioning “the representation of the unknown in contemporary art, based on the symbolic world of the supernatural and unknown in the Byzantine period”, is shown from 20 September until 11 December 2022. (Photo by Erdem Sahin/EPA/EFE/Rex Features/Shutterstock)
Details
28 Sep 2022 05:03:00,post received 0 comments
Fact The Day in Photos – September 27, 2022 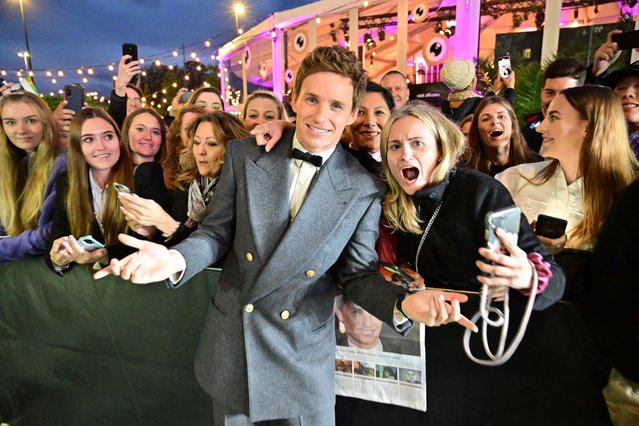 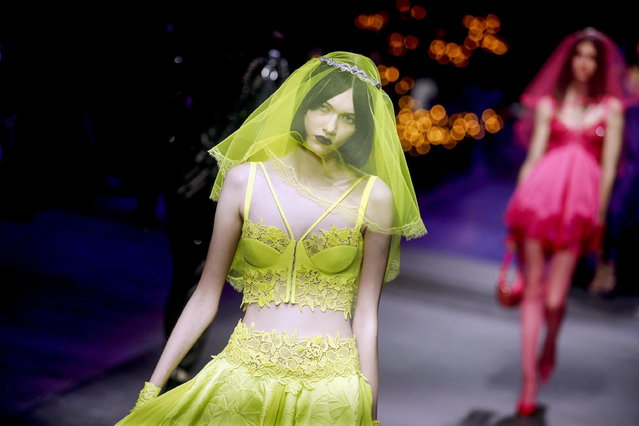 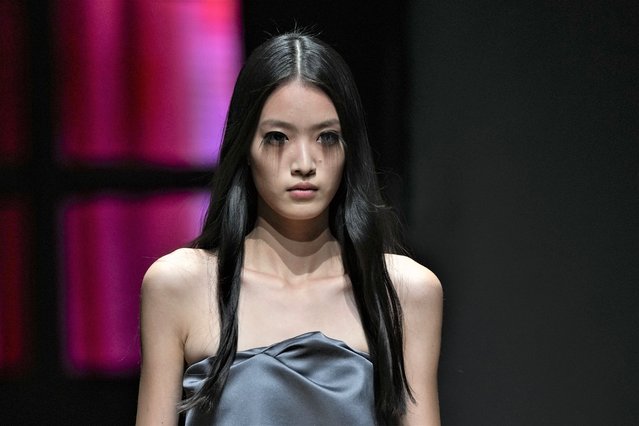 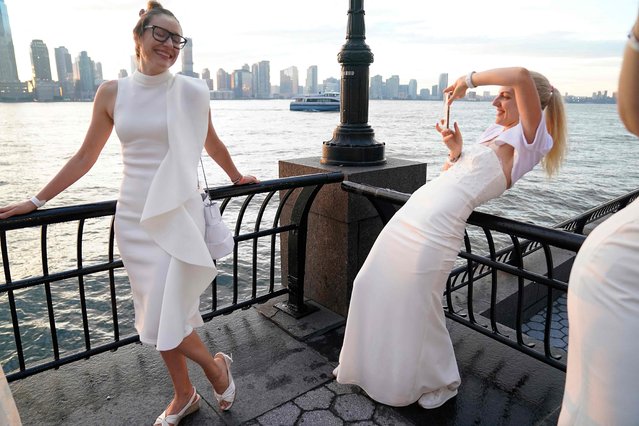 Julia Gracheva and Anna Speak takes photos as they attend the 10th edition of “Diner en Blanc” at Brookfield Place in Lower Manhattan September 19, 2022. The legendary all-white secret pop-up, the location of which is revealed hours before the event, draws over 5,500 guests who dress in head-to-toe white attire for an under the stars dining experience. (Photo by Timothy A. Clary/AFP Photo)
Details
22 Sep 2022 05:18:00,post received 0 comments
Fact The Day in Photos – September 20, 2022 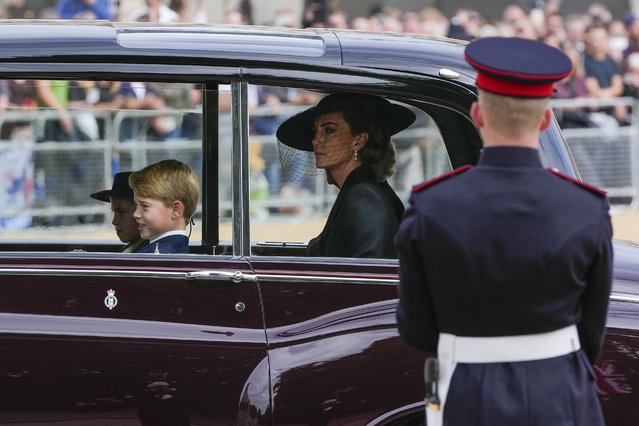 Kate, Princess of Wales and her children Prince George and Princess Charlotte ride in a car behind the coffin of Queen Elizabeth II as it is pulled on a gun carriage through the streets of London following her funeral service at Westminster Abbey, Monday September 19, 2022.The Queen, who died aged 96 on Sept. 8, will be buried at Windsor alongside her late husband, Prince Philip, who died last year. (Photo by Kin Cheung/AP Photo/Pool)
Details
20 Sep 2022 05:10:00,post received 0 comments
Publication archive:
←   →
Popular tags:
All tags
Last searches: