Charming Atheris Close-Up
“Atheris is a genus of venomous vipers found only in tropical subsaharan Africa, excluding southern Africa. Confined to rain forest areas, many members have isolated and fragmented distributions. In an interesting example of convergent evolution, they show many similarities to the arboreal pit vipers of Asia and South America. Eight species are currently recognized.

Relatively small in size, with adults ranging in size from 40 cm (A. katangensis) to a maximum of 78 cm. (A. squamigera). All species have a broad, triangular head that is distinct from the neck.

Members of this group come in an amazing variety of colors and patterns, often within a single species. A. ceratophora and A. squamigera are particularly variable.

Not much is known about their venom except that it is strongly hemotoxic, causing pain, swelling and blood clotting problems. Until recently, their venom has often been regarded as less toxic than that of many other species, perhaps because bites are uncommon, but this turned out not to be the case. There are now a number of reports of bites that have led to severe hemorrhaging. One case was fatal. Atheris-specific antivenin does not exist and antivenins meant for bites from other species seem to have little effect, although Echis antivenin has been reported to have been of some help in a case of A. squamigera envenomation”. – Wikipedia 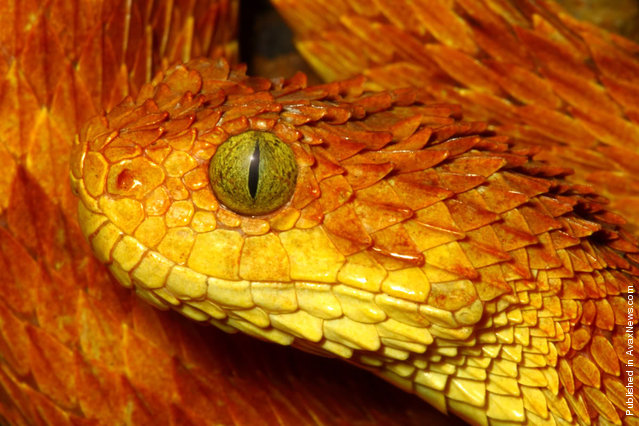 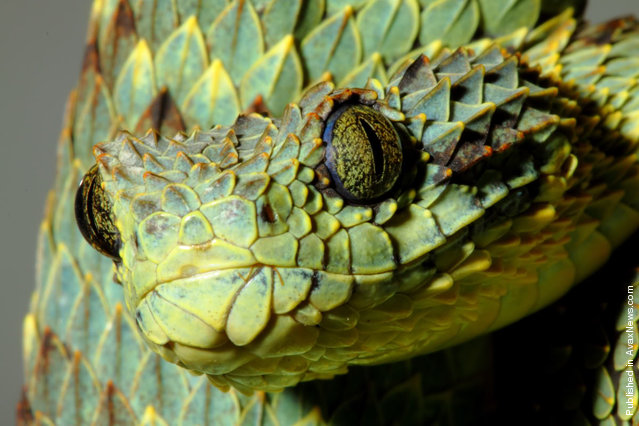 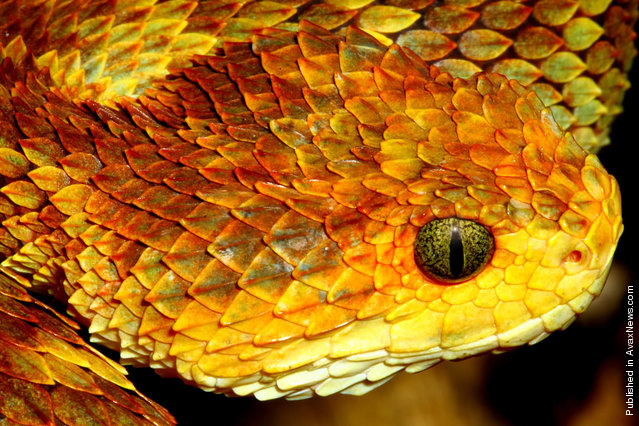 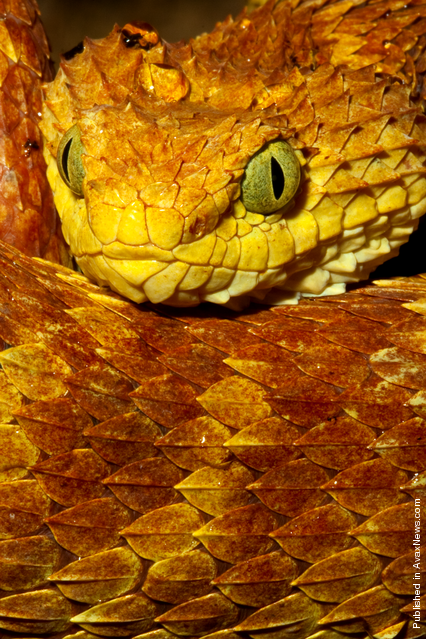 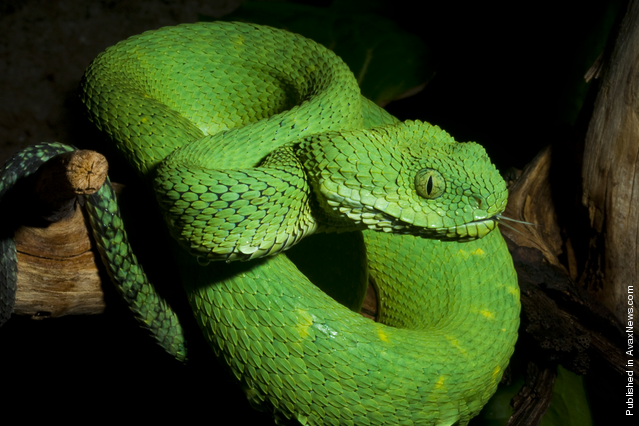 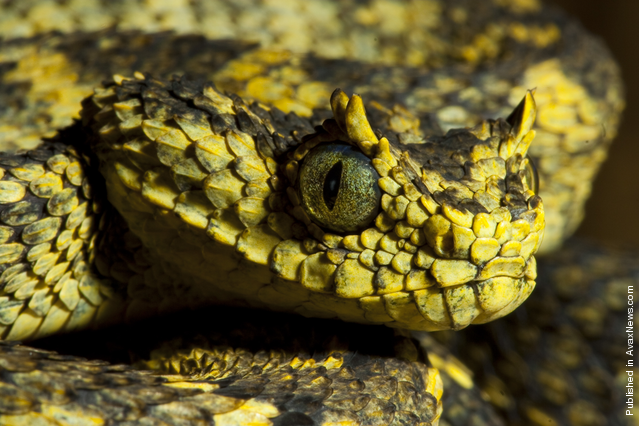