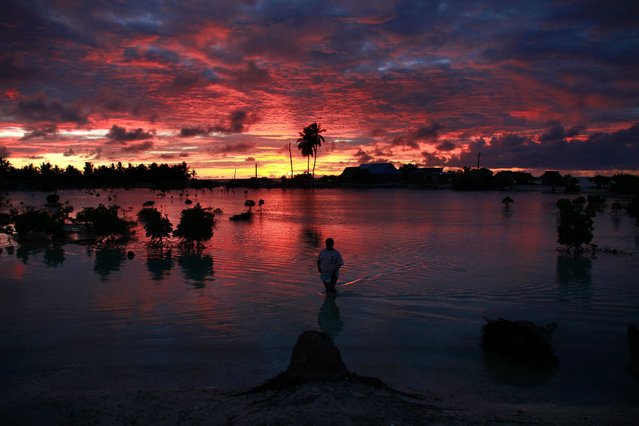 A villager wades through a small lagoon, which at high-tide laps at the base of homes, near the village of Tangintebu on South Tarawa in the central Pacific island nation of Kiribati. (Photo by Reuters/Stringer) 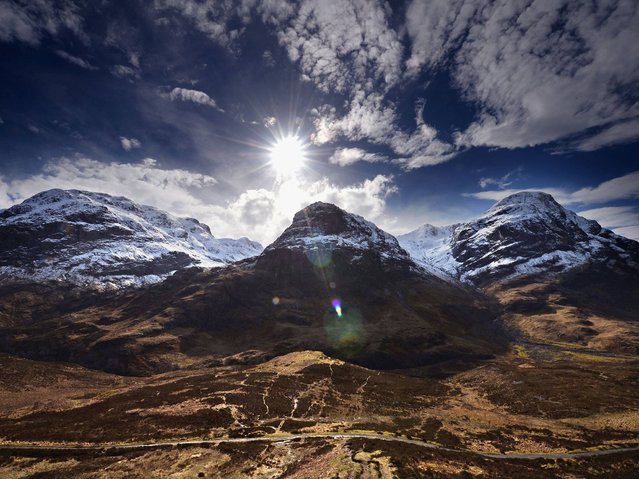 A view of the Three Sisters in Glen Coe on March 24, 2014 in Glen Coe, Scotland. (Photo by Jeff J. Mitchell/Getty Images) 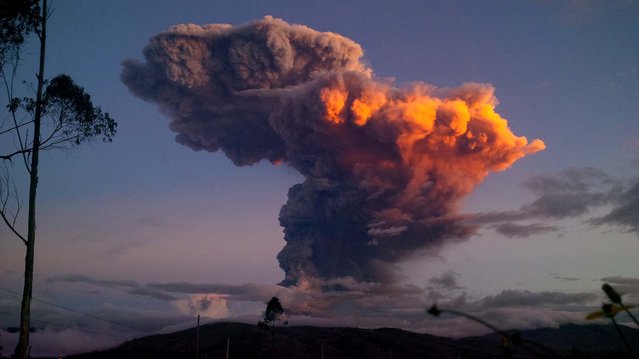 The Tungurahua volcano spews a column of ash as seen from Ambato, Ecuador, on April 4, 2014. The volcano spewed a 6-mile column of ash after a powerful five-minute explosion that shot pyroclastic material onto its northern and northwestern flanks. (Photo by Associated Press) 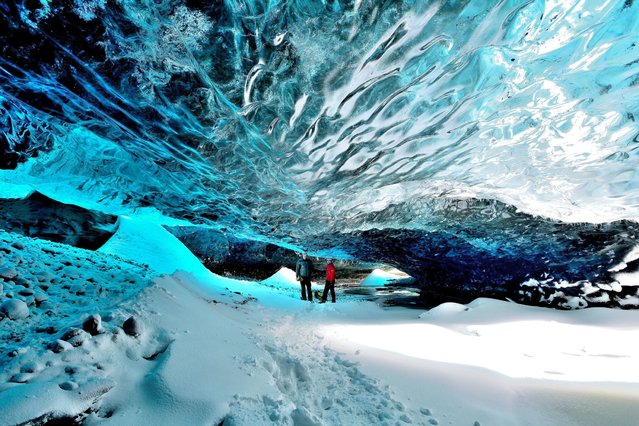 A British father-of-two ventured deep into a crystal ice cave in one of the world's biggest glaciers for a rare glimpse of its ancient sculptures. Photograher Mark Andreas Jones, 42, braved sub-zero temperatures and battled across tricky terrain to take a look at the cave's hidden treasures. (Photo by Mark Andreas Jones/Solent News) 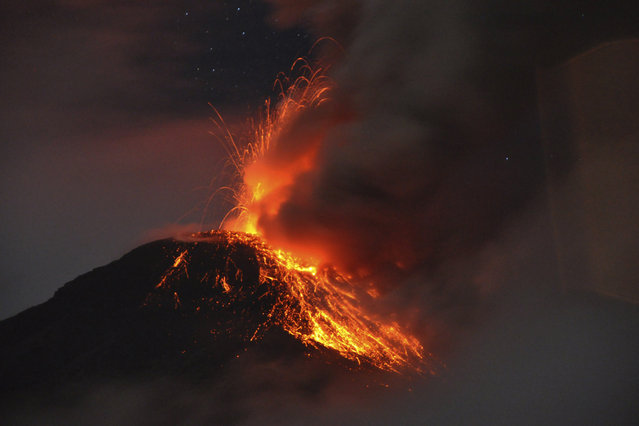 Ecuador's Tungurahua volcano spews molten rocks and large clouds of gas and ashes near Banos, south of Quito, April 9, 2014. According to local media, the volcano emitted a column of ash on the afternoon of April 4. Tungurahua, which means “Throat of Fire” in the local Quechua language, has been classified as active since 1999. (Photo by Carlos Campana/Reuters) 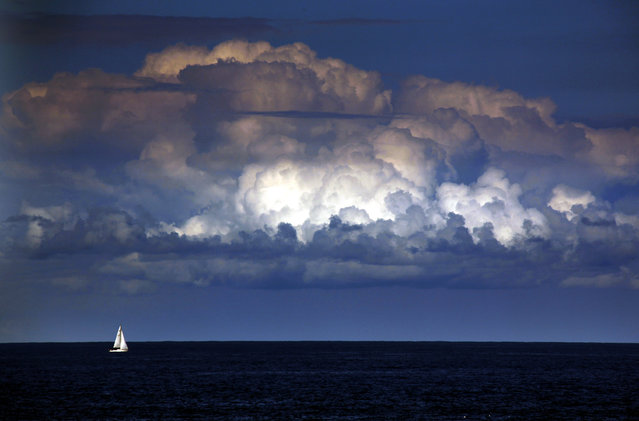 A storm cloud can be seen behind a yacht as it sails off the coast of Sydney March 31, 2014. (Photo by David Gray/Reuters) 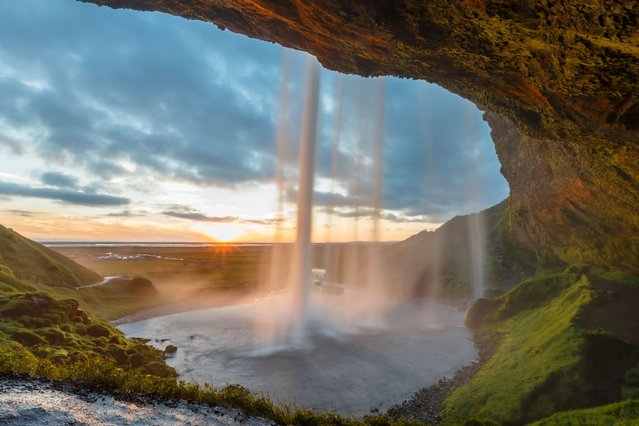 Seljalandsfoss waterfall, located in Iceland. Seljalandsfoss is one of the most famous waterfalls of Iceland. This waterfall of the river Seljalandsá drops 60 metres (200 ft) over the cliffs of the former coastline. It's possible to go behind the waterfall. (Photo by HotSpot Media) 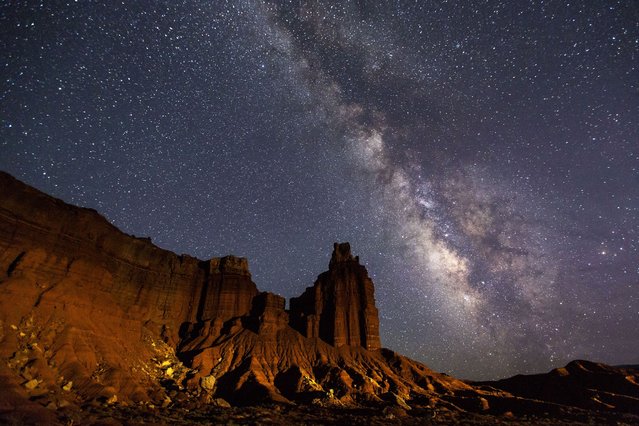 A park ranger has captured the stunning beauty of the nights sky by photographing constellations in a world away from light pollution. (Photo by Caters News) 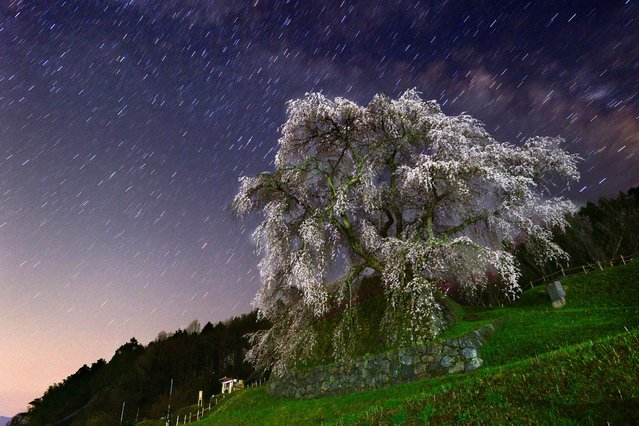 In this long exposure image, the “Matabe-e zakura”, cherry blossom which is believed to be more than 300 years old, is in full bloom in Uda, Nara, Japan. (Photo by 2014 The Asahi Shimbun) 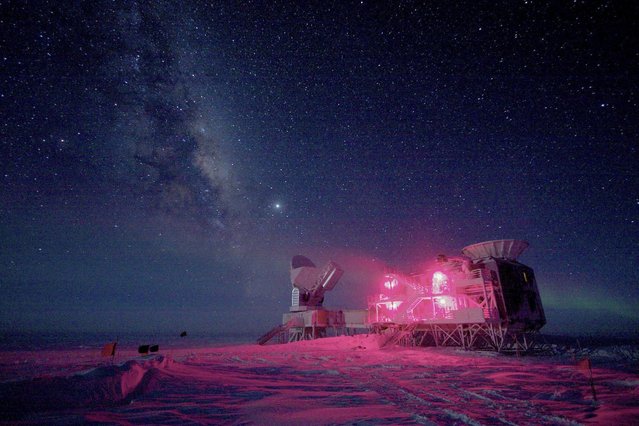 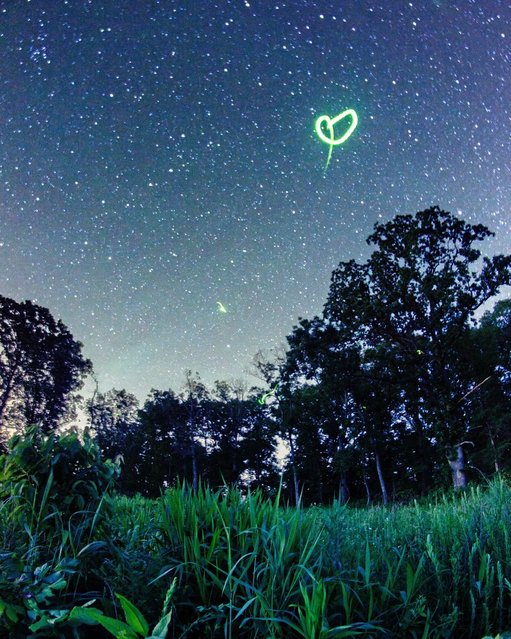 A photographer has shot this stunning series of images using time-lapse photography to portray the beauty of fireflies in a whole new light. (Photo by Caters News) 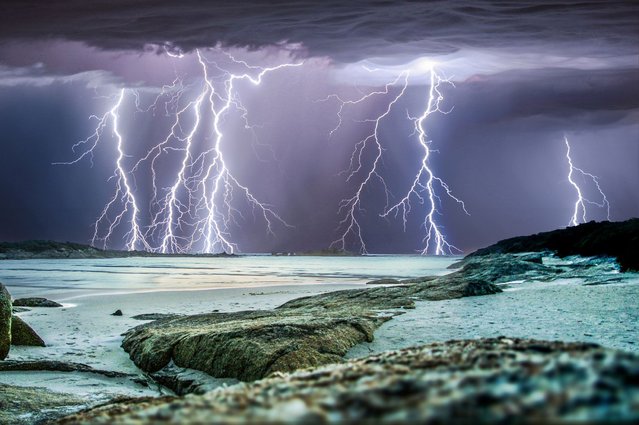 A thrill-seeking storm chaser captured the precise moment these giant lightning bolts lit up dark skies in a series of incredible storms. (Photo by Caters News) 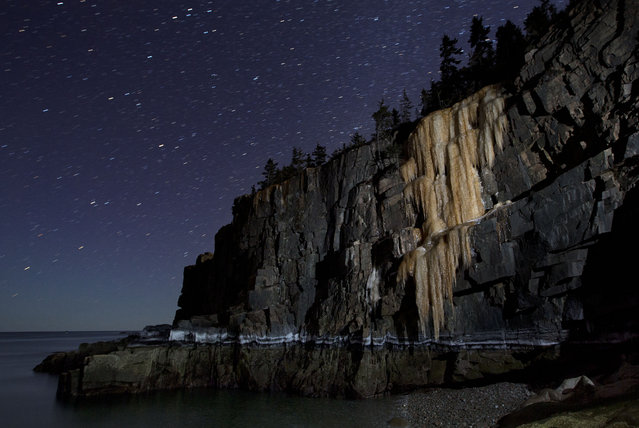 Like a frozen waterfall, a wall of ice more than 40-feet-high stretches down to the high-tide line on Otter Cliffs overlooking the Atlantic Ocean, at Acadia National Park in Maine, on March 6, 2014. (Photo by Robert F. Bukaty/Associated Press) 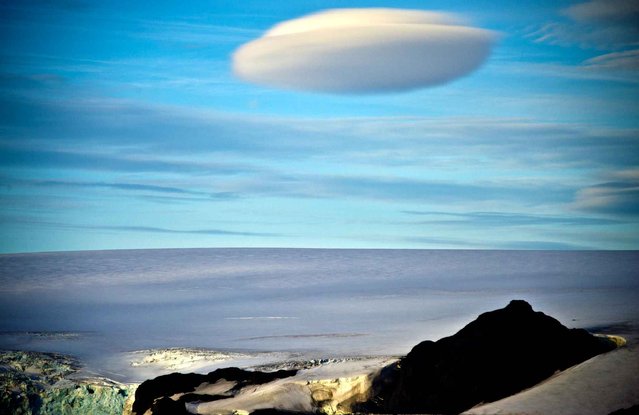 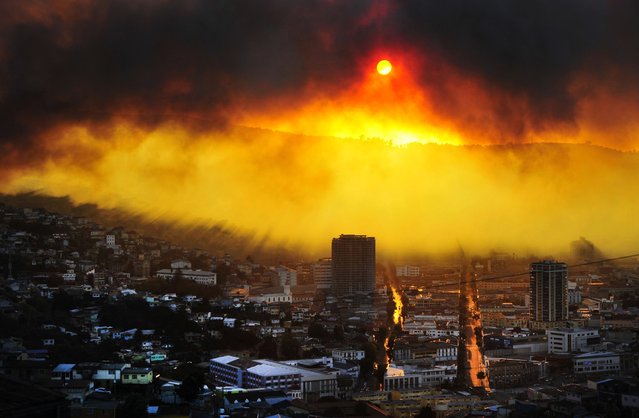