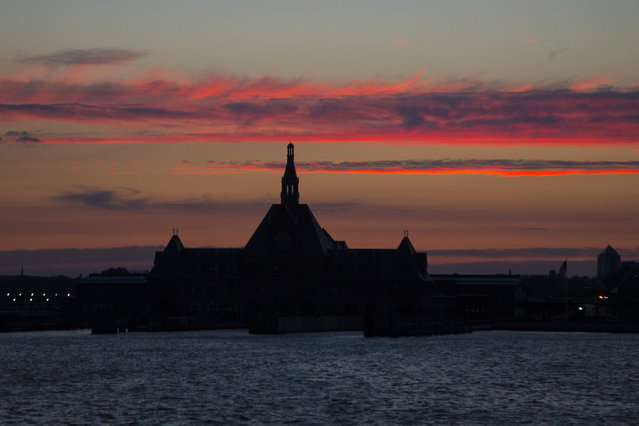 Sunset over the Hudson: beautiful sunset after a day filled with heavy rain. (Photo by Gordon Donovan/Yahoo News) 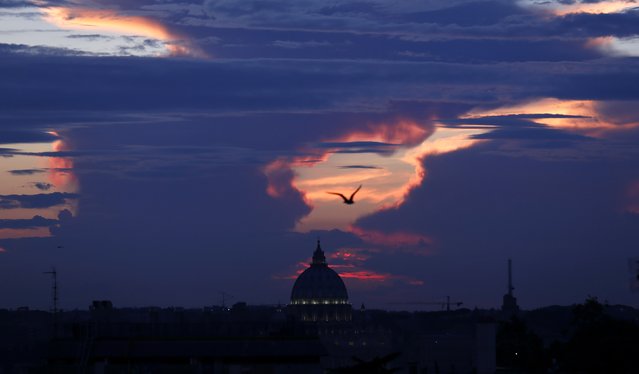 Saint Peter's square is silhouetted during a sunset in Rome September 25, 2014. (Photo by Tony Gentile/Reuters) 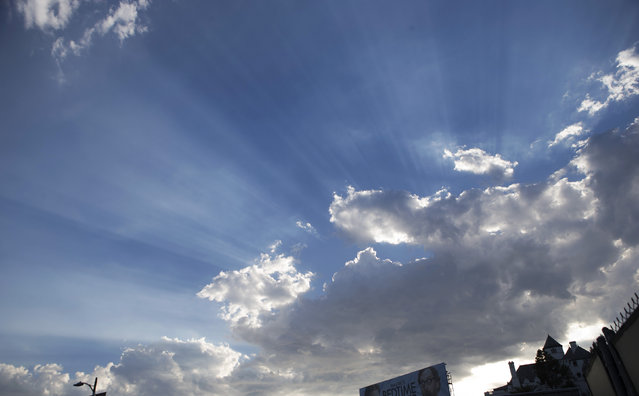 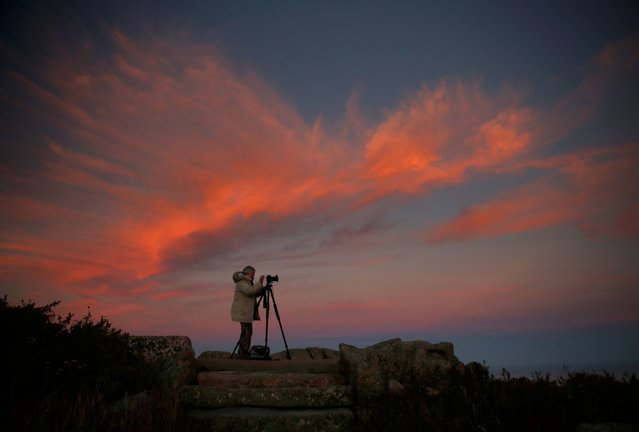 Cindy Archbell photographs the landscape of Acadia National Park in Maine from the summit of Cadillac Mountain at sunset, Thursday, October 2, 2014. Archbell, of Culpepper, Va., is spending a week in the park pursuing her photographic hobby. “The first day I was here I spent 10 hours shooting”, she said. (Photo by Robert F. Bukaty/AP Photo) 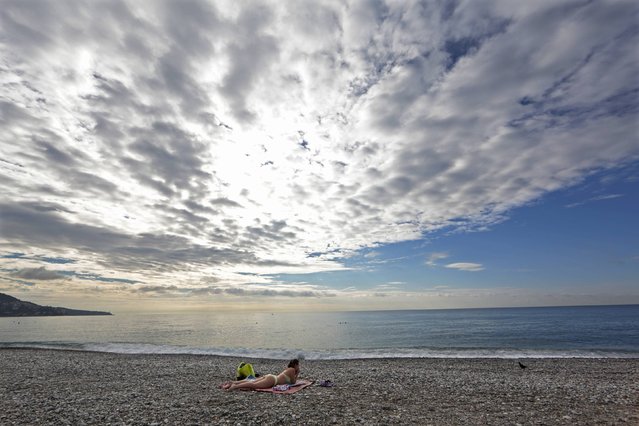 A woman sunbathes as she takes advantage of warm autumn weather temperatures on the beach in Nice October 1, 2014. (Photo by Eric Gaillard/Reuters) 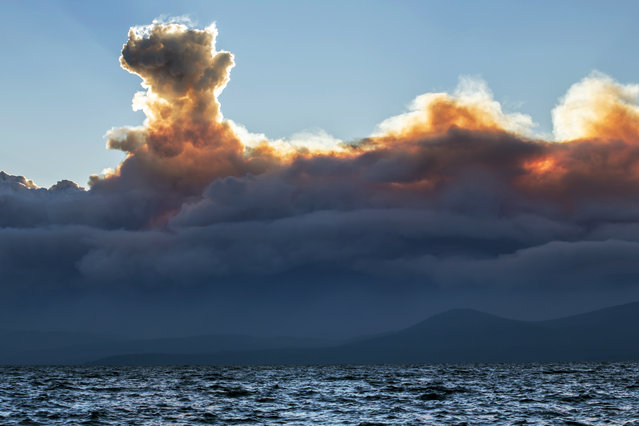 This Wednesday, September 17, 2014 photo shows smoke from a California wildfire rising behind Lake Tahoe as seen from the Nevada side of the lake near Incline Village, Nev. Higher humidity Friday helped slow the growth of the massive Northern California wildfire that authorities say was set deliberately and has forced some 2,800 people to evacuate. (Photo by Steve Ellsworth/AP Photo) 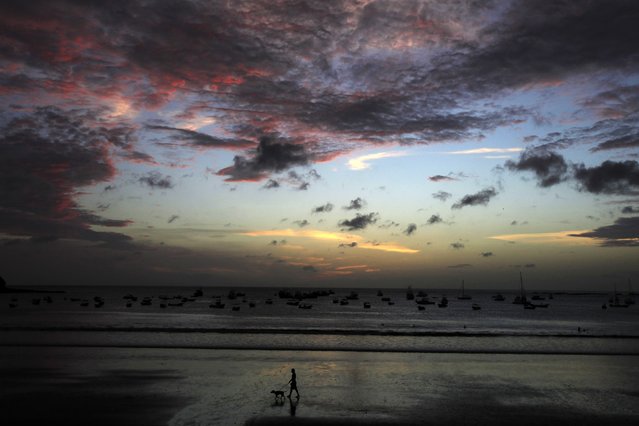 A tourist walks his dog along a beach in the bay of San Juan del Sur in Nicaragua October 4, 2014. (Photo by Oswaldo Rivas/Reuters) 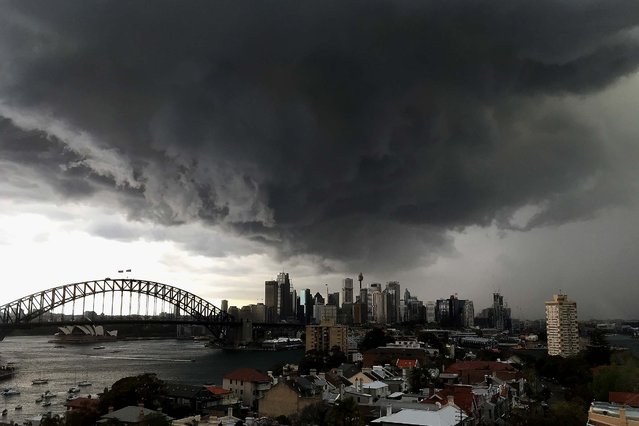 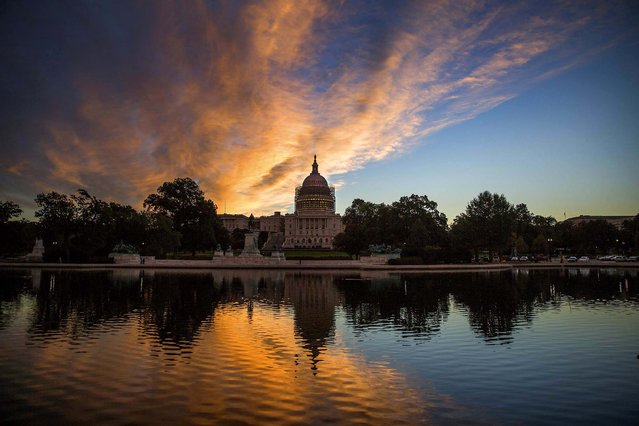 The U.S. Capitol building, with scaffolding around its dome as part of a restoration project, is seen at sunrise in Washington, on October 9, 2014. (Photo by Doug Mills/The New York Times) 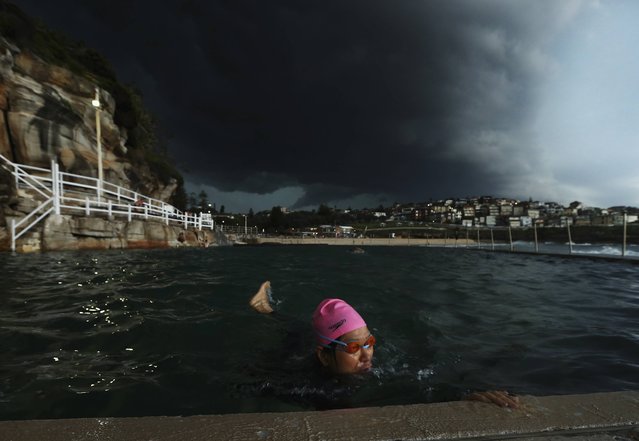 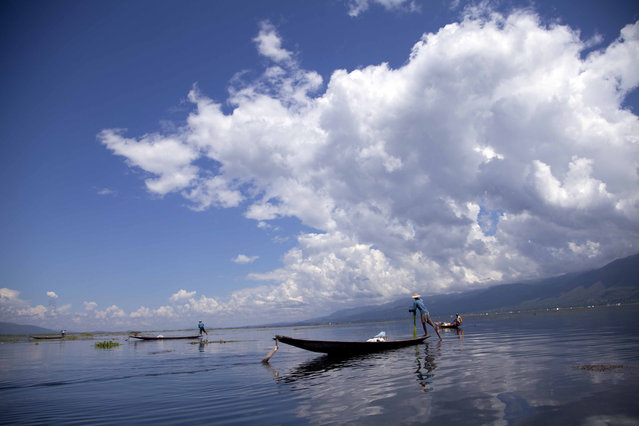 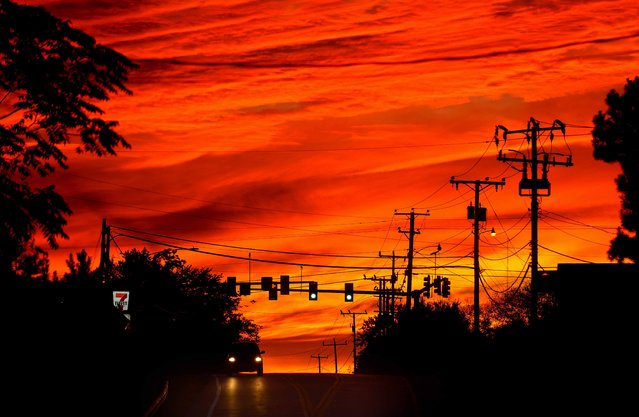 In this photo taken on Tuesday, September 23, 2014, the sun sets on the first day of autumn as seen from White Oak Road near the corner of Ferry Road in southern Stafford county near Fredricksburg, Va. (Photo by Reza A. Marvashti/AP Photo/The Free Lance-Star) 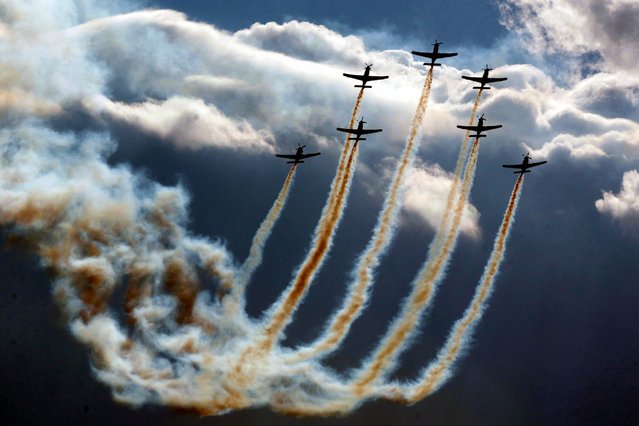 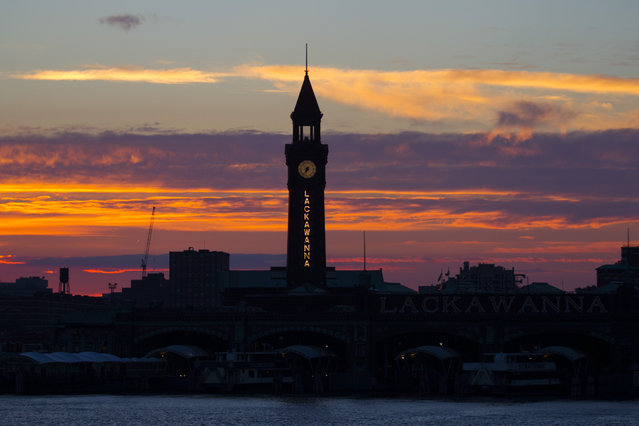 Sunset over the Hudson: the Hoboken Terminal and the Erie-Lackawanna Clock Tower. (Photo by Gordon Donovan/Yahoo News) 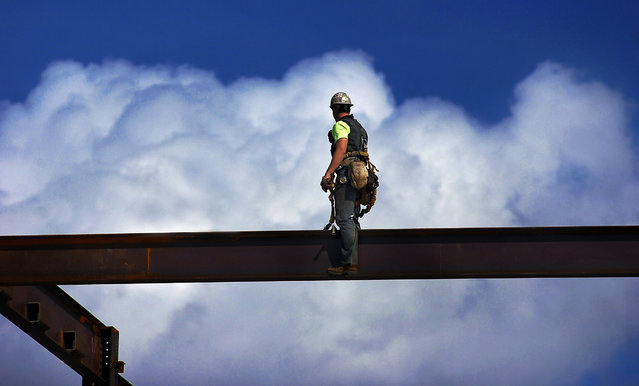 A steel worker takes a moment to enjoy the view during construction of The Learning Commons building, Tuesday, October 7, 2014, at Marywood University in Scranton, Pa. The $35 million, 72,00 square feet structure is due for completion in 2015. (Photo by Butch Comegys/AP Photo/Scranton Times & Tribune) 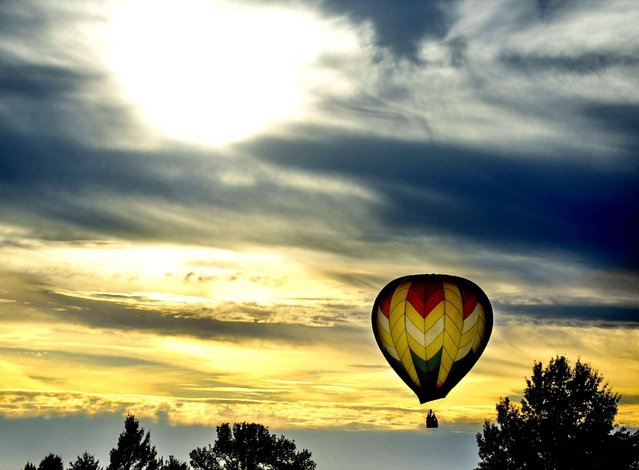 A hot air balloon floats over farm fields south of Washington, Ill., as the sun slips behind clouds on the autumn afternoon of Wednesday, September 24, 2014. (Photo by Ron Johnson/AP Photo/Peoria Journal Star) 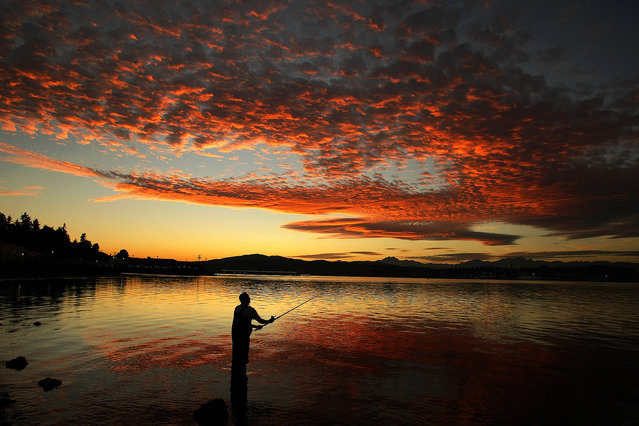