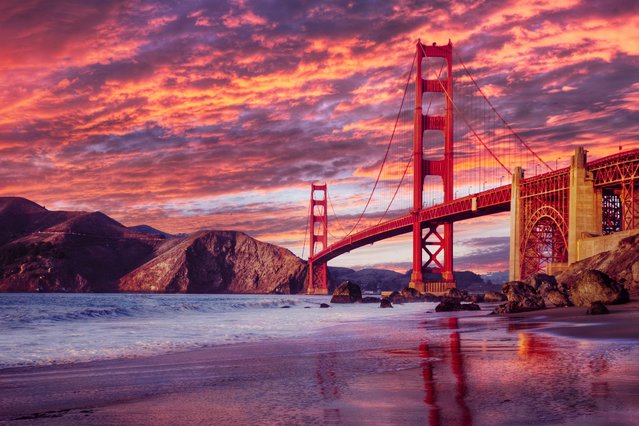 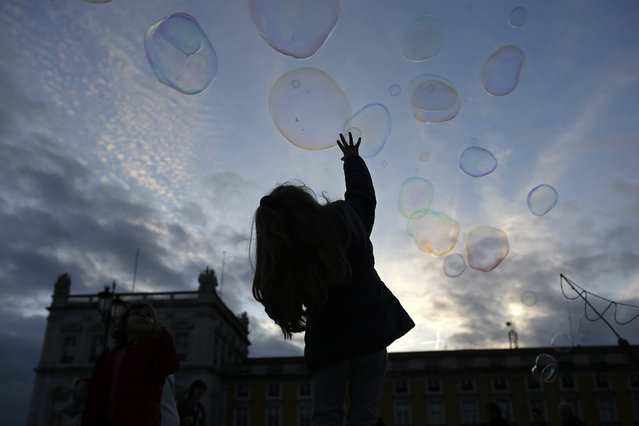 A little girl tries to reach soap bubbles made by a street artist at the Comercio square, in Lisbon, Portugal, Saturday, November 15,2014. (Photo by Francisco Seco/AP Photo) 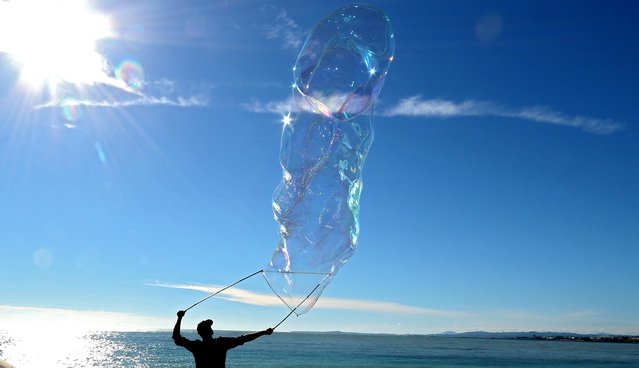 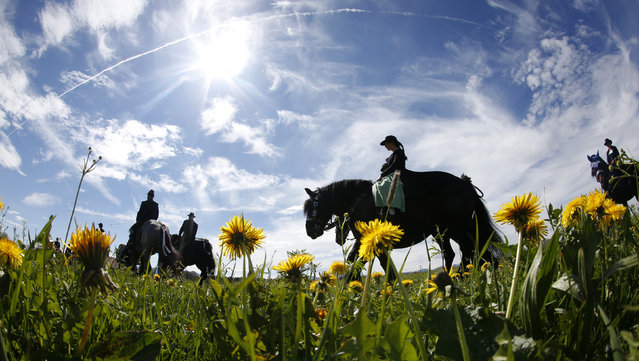 Pilgrims dressed in traditional Bavarian clothes attend the traditional Georgi horse riding procession on Easter Monday in the southern Bavarian town of Traunstein April 21, 2014. Since the early 16th century, farmers have taken part in the pilgrimage to bless their horses. This tradition, the “Georgiritt”, goes back to the legend of Saint George, the horsemen's patron saint. (Photo by Michaela Rehle/Reuters) 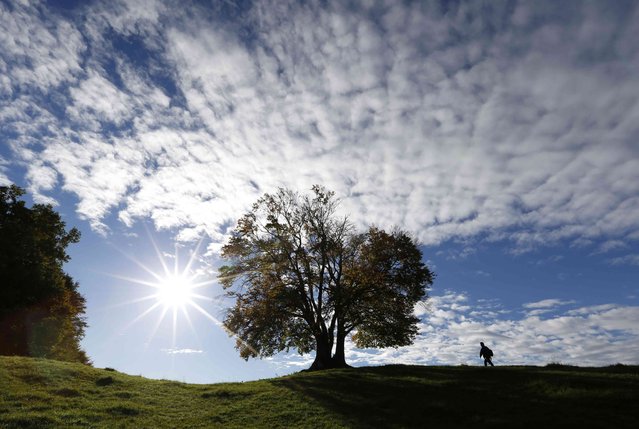 A man is pictured while hiking on a sunny day in Landstetten near lake Starnberg, southern Germany, October 14, 2014. (Photo by Michaela Rehle/Reuters) 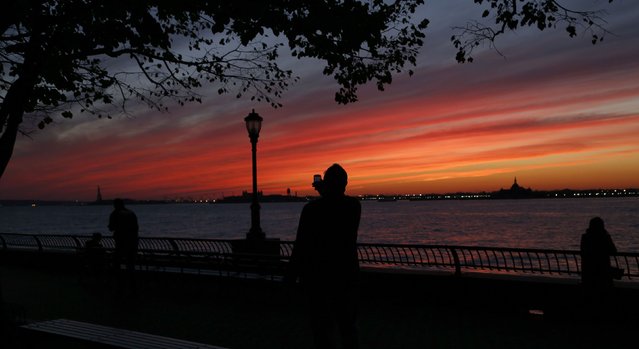 A man uses a smart phone as he take a picture in Battery Park at sunset alongside the Hudson River on an autumn day in New York November 9, 2014. (Photo by John Schults/Reuters) 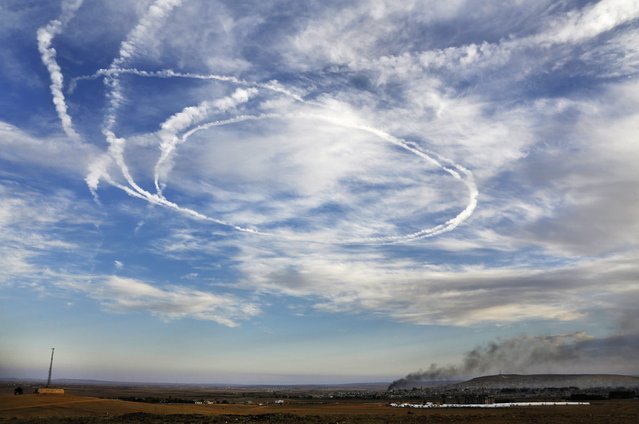 Turkish soldiers (bottom L) watch as thick smoke billows following an air-strike in eastern Kobani as trails of fighter aircrafts are seen over the Syrian town on November 9, 2014. Picture taken from the Turkish side of the Turkish-Syrian border. (Photo by Yannis Behrakis/Reuters) 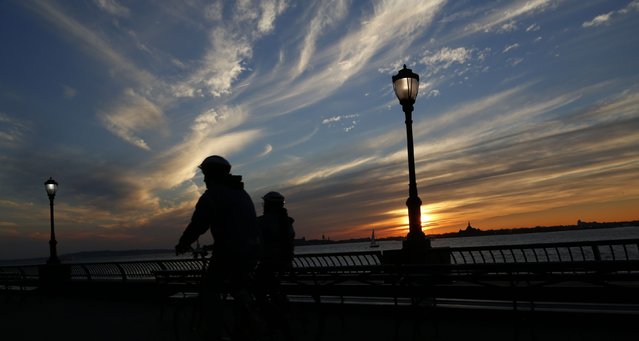 Cyclists are silhouetted as they ride in Battery Park at sunset alongside the Hudson River on an autumn day in New York November 9, 2014. (Photo by John Schults/Reuters) 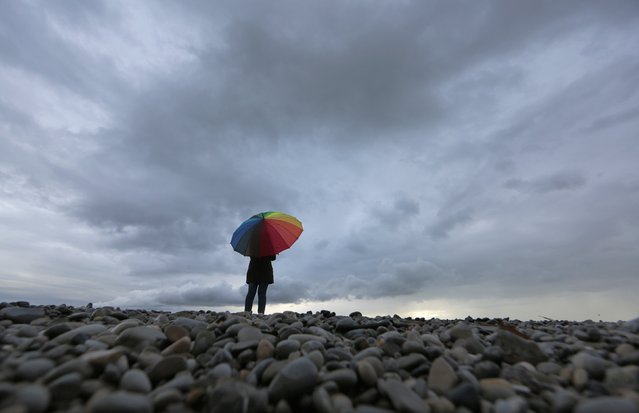 A woman protects herself under an umbrella on the beach in Nice while heavy rain and storm hit southeastern France November 15, 2014. (Photo by Eric Gaillard/Reuters) 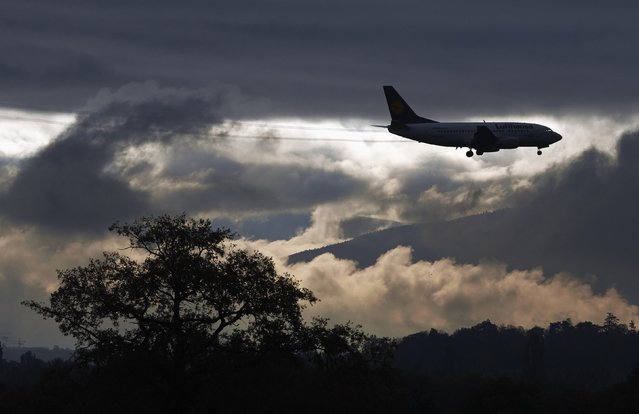 A Lufthansa aircraft is silhouetted as it prepares for landing at Cointrin airport in Geneva November 13, 2014. (Photo by Denis Balibouse/Reuters) 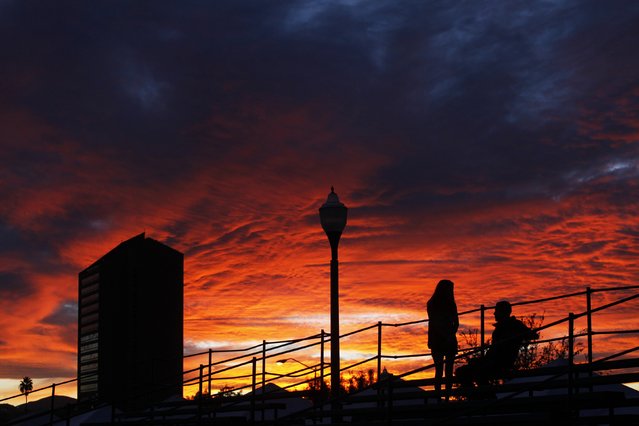 A couple chats at a park during sunset in Chihuahua November 15, 2014. (Photo by Jose Luis Gonzalez/Reuters) 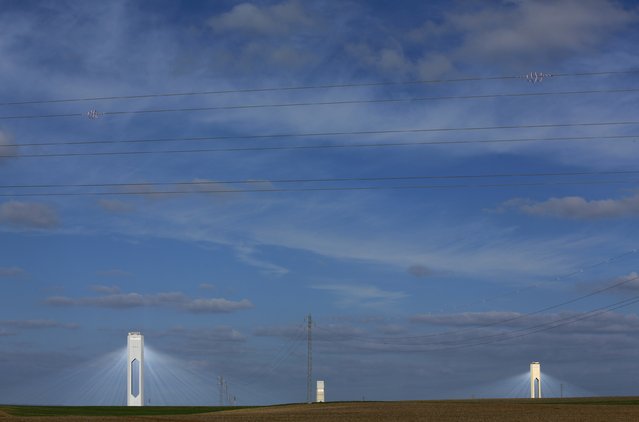 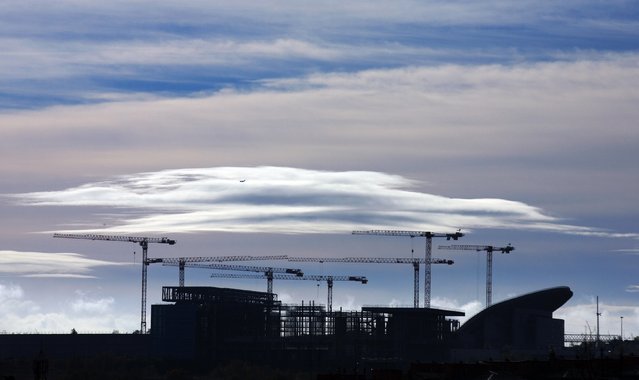 Cranes are seen over a construction site in Madrid November 17, 2014. (Photo by Sergio Perez/Reuters) 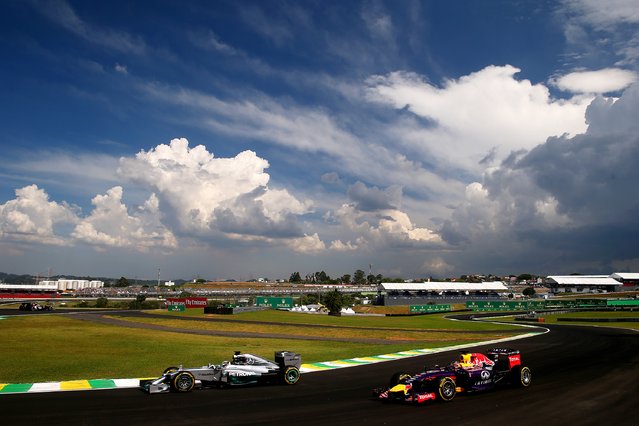 Sebastian Vettel of Germany and Infiniti Red Bull Racing and Lewis Hamilton of Great Britain and Mercedes GP drive during practice ahead of the Brazilian Formula One Grand Prix at Autodromo Jose Carlos Pace on November 7, 2014 in Sao Paulo, Brazil. (Photo by Mark Thompson/Getty Images) 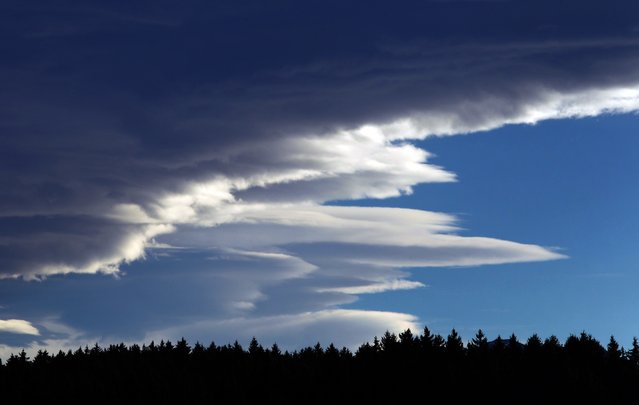 Foehn clouds float over a forest of the alpine upland near Seeg, southern Germany, on November 11, 2014. Foehn is a dry and warm down-slope wind occuring in the lee of a mountain range. (Photo by Karl-Josef Hildenbrand/AFP Photo) 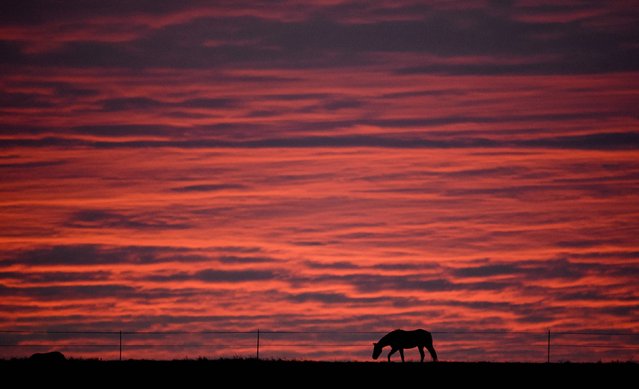 A horse is silhoetted against the morning sky on a meadow in Luehnde near Hannover, northern Germany, Monday, November 10, 2014. (Photo by Julian Stratenschulte/AP Photo/DPA) 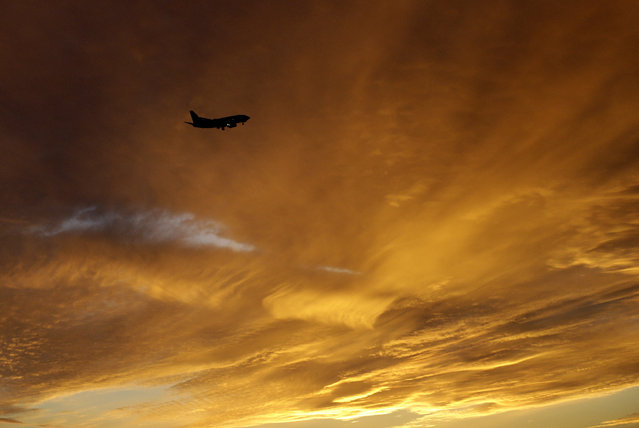