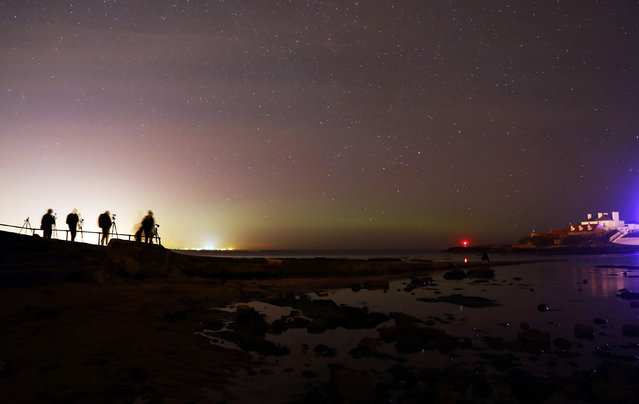 Small shrine arches or “Torii” gates stand on the shore and out into the Ariake Sea in Tara, Saga Prefecture, southwestern Japan, Friday, May 5, 2017. (Photo by Eugene Hoshiko/AP Photo) 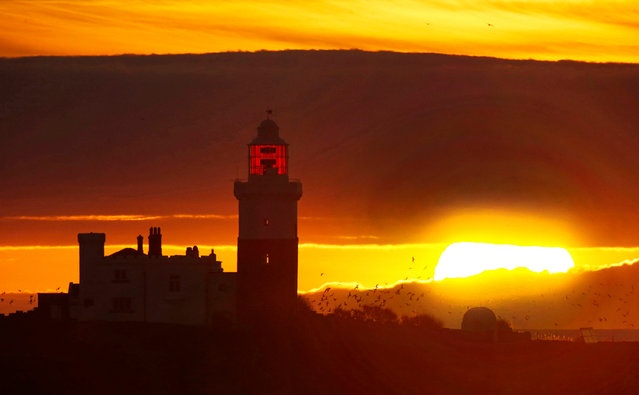 The sun rises over Coquet Island off the coast of Northumberland, England on April 7, 2017. Temperatures are forecast to rise across the UK over the weekend with Sunday expected to be the hottest day so far this year. (Photo by Owen Humphreys/PA Wire) 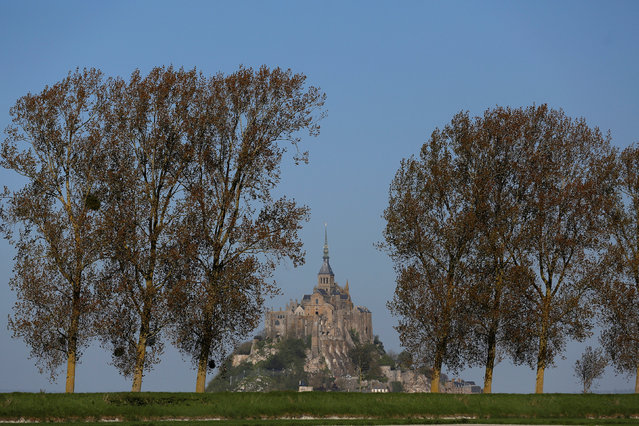 A general view shows the Mont Saint-Michel, in the French western region of Normandy, April 7, 2017. (Photo by Vincent Kessler/Reuters) 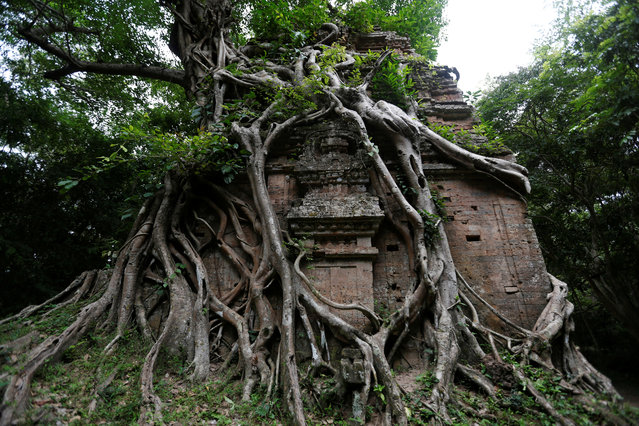 Sambor Prei Kuk, or “the temple in the richness of the forest” an archaeological site of ancient Ishanapura, is seen on July 17, 2017, after being listed as a UNESCO world heritage site in Cambodia. The art and architecture developed here became models for other parts of the region and lay the ground for the unique Khmer style of the Angkor period. (Photo by Samrang Pring/Reuters) 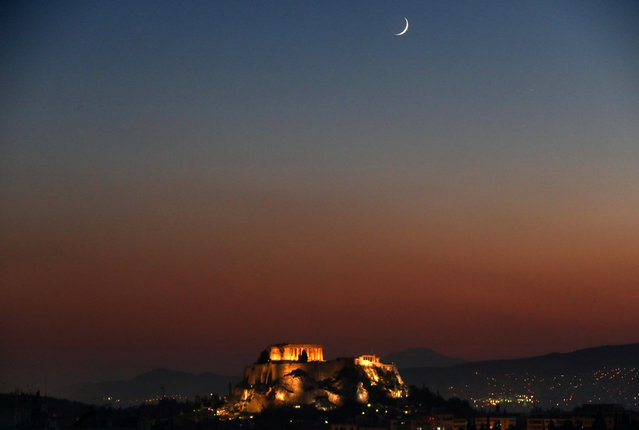 A waxing crescent moon rises over the lit Temple of Parthenon atop the ancient Acropolis hill in central Athens, Greece July 25, 2017. (Photo by Yannis Behrakis/Reuters) 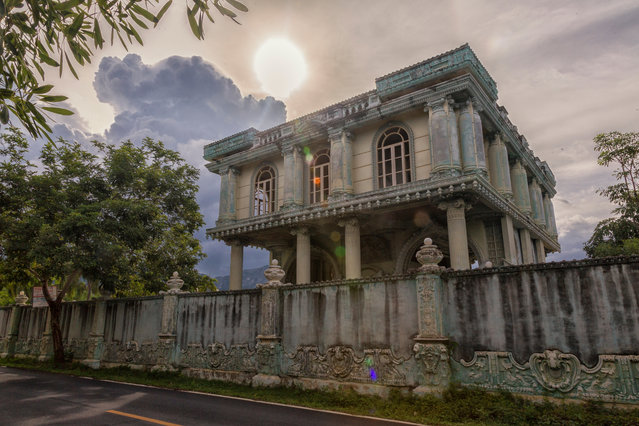 The sun begins to set over this rusty beachside mansion that has been left abandoned for more than 25 years in Thailand, June 2017. A deserted beachside mansion in southern Thailand has retained its beauty – despite no one living there for more than 25 years. In June this year abandoned photographer, Dax Ward, ventured to the Prachuap Khiri-Khan Province to capture the haunting attraction on camera. (Photo by Dax Ward/Barcroft Images) 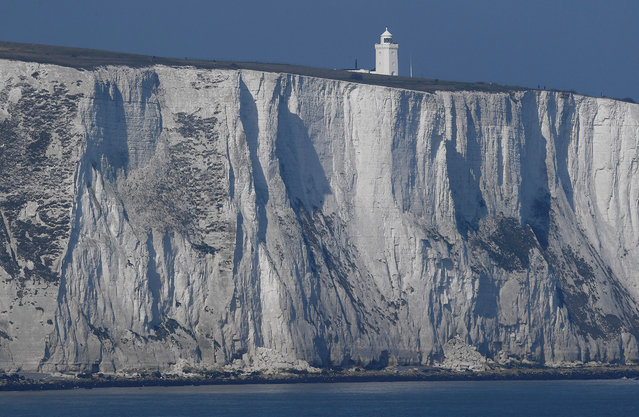 South Foreland lighthouse and the white cliffs of Dover are seen from a cross-channel ferry between Dover in Britain and Calais in France, March 27, 2017. (Photo by Toby Melville/Reuters) 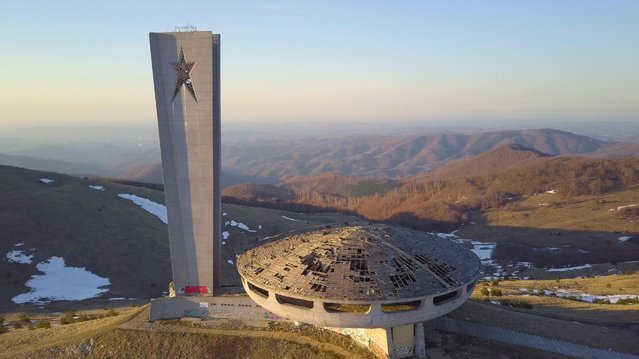 Perched like a UFO, the Buzludzha Monument, near the town of Kazanlak east of the Bulgarian capital Sofia, Tuesday, April, 04, 2017, was built by the Bulgarian communist regime. It commemorates events in 1891 that saw socialists, led by Dimitar Blagoev, assemble secretly to form an organised socialist movement in the form of the Bulgarian Social Democratic Party, a forerunner of the Bulgarian Communist Party. The Monument was opened in 1981. However, the Bulgarian government doesn't have the resources needed to carry out necessary repair and conservation works and the mounoment has fallen into disrepair. A local resident said: “This monument is unique in all the world and, if it is restored in future, can be a huge attraction for tourists and bring much money for the region”. (Photo by Petar Petrov/Impact Press Group/NurPhoto via Getty Images) 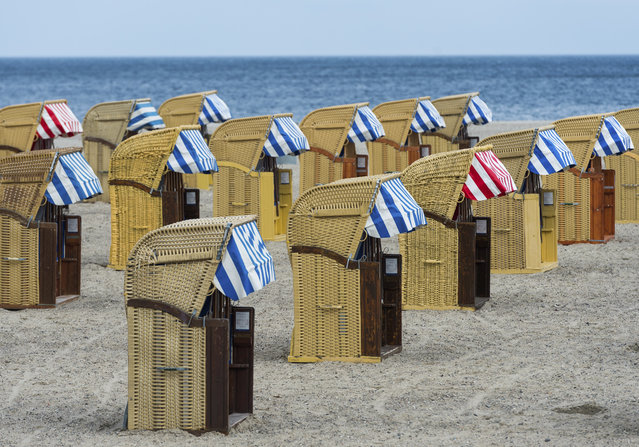 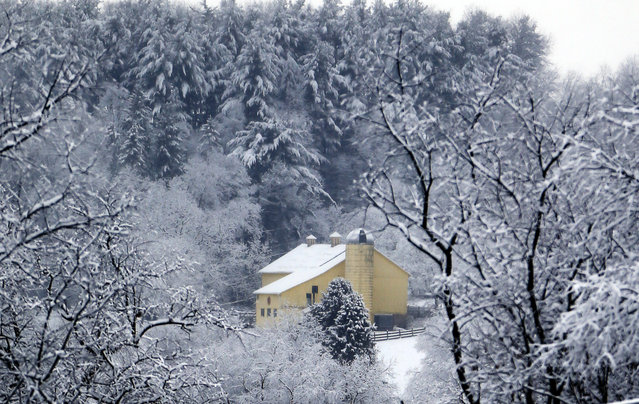 A yellow barn is surrounded by snow covered trees after an overnight snowstorm on Friday, March 10, 2017, in Zelienople, Pa. (Photo by Keith Srakocic/AP Photo) 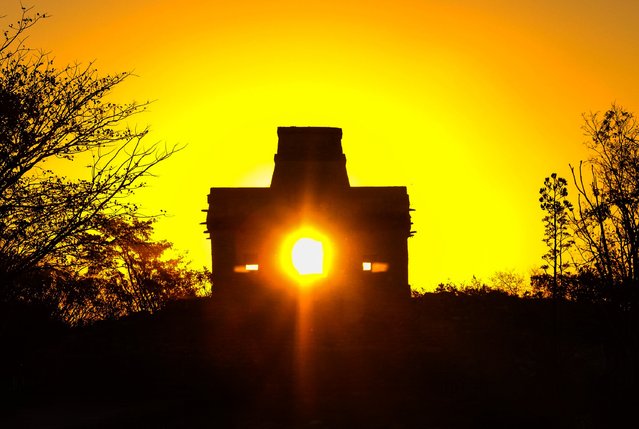 The sun shines directly through the door of the Seven Dolls Temple, in the Maya Ruins of Dzibilchaltun, in the Mexican state of Yucatan, as it rises on the spring equinox on March 20, 2017. (Photo by Elizabeth Ruiz/AFP Photo) 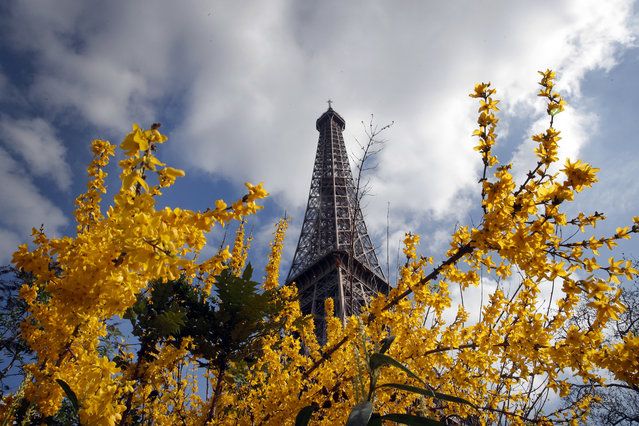 The Eiffel Tower rises from behind blossoming flowers and trees on a Spring day, in Paris, France, Tuesday, March 14, 2017. (Photo by Christophe Ena/AP Photo) 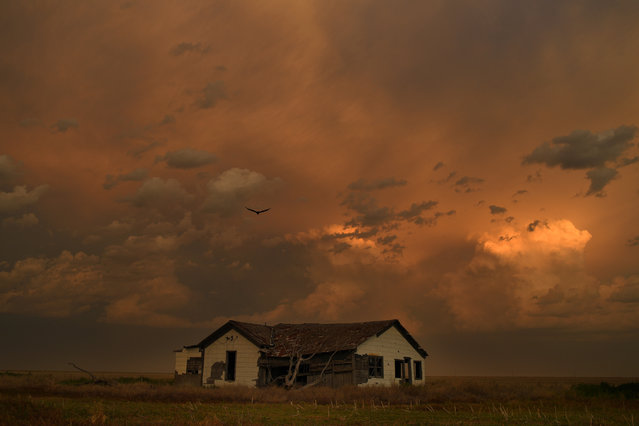 The sun sets over the ruin of a farm house in Baca County on June 20, 2017 in Lycan, Colorado. Baca County peaked in 1930, then lost two-thirds of its population. (Photo by RJ Sangosti/The Denver Post) 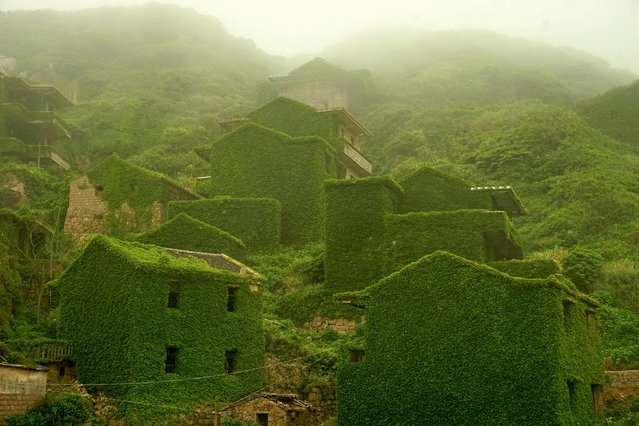 Houses are covered with creepers at a deserted village on Shengshan Island on May 31, 2015 in Zhoushan, China. (Photo by VCG/VCG via Getty Images) 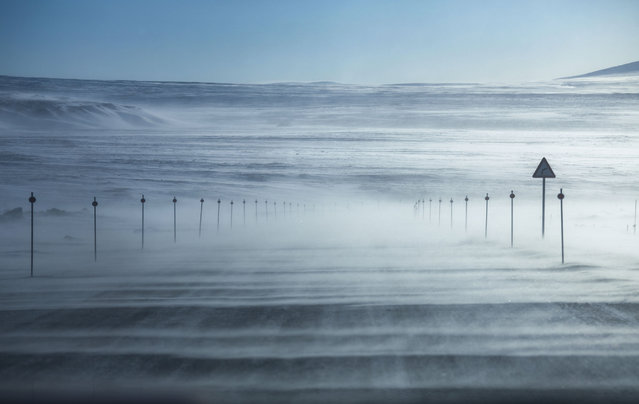 Snow blows near Thule Air Base on March 25, 2017 in Pituffik, Greenland. NASA's Operation IceBridge is flying research missions out of Thule Air Base and other Arctic locations during their annual Arctic spring campaign. Thule Air Base is the U.S. military's northernmost base located some 750 miles above the Arctic Circle. NASA's Operation IceBridge has been studying how polar ice has evolved over the past nine years and is currently flying a set of eight-hour research flights over ice sheets and the Arctic Ocean to monitor Arctic ice loss aboard a retrofitted 1966 Lockheed P-3 aircraft. According to NASA scientists and the National Snow and Ice Data Center (NSIDC), sea ice in the Arctic appears to have reached its lowest maximum wintertime extent ever recorded on March 7. Scientists have said the Arctic has been one of the regions hardest hit by climate change. (Photo by Mario Tama/Getty Images) 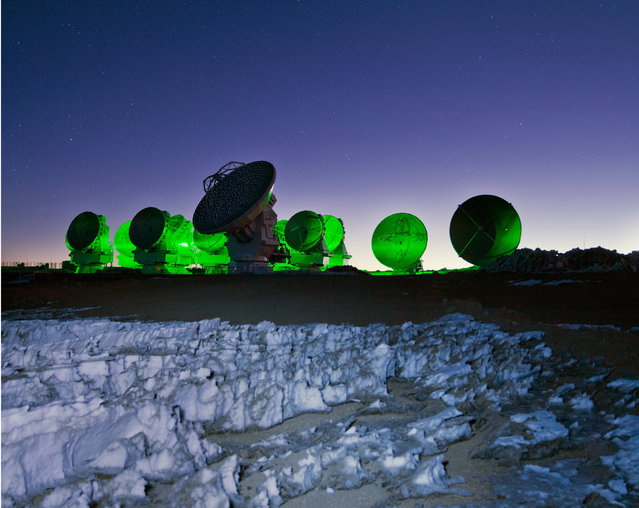 Sitting amongst the alien landscape of the harsh Atacama, the antennas of the Large Millimeter/submillimeter Array (ALMA) look eerily otherworldly in this ESO Picture of the Week as they are bathed in a neon green light. This light is actually an in-built function of ALMA, not evidence of alien activity! The array's antennas have a flashing green light that blinks periodically whilst the antennas are in operation, and does not disturb the radio-wavelength observations. This light is not usually quite so visible – this picture was captured using a 10-second exposure, during which time a green flash occurred and spread throughout the image, creating a stark contrast between the neon green of the antennas and the deep blue of the night sky. Jagged ice formations known as penitentes can be seen in the foreground. These form at high altitudes where the low pressure and cold temperatures cause an unusual freezing and melting cycle. Penitentes form in a wide range of sizes, from a couple of centimetres up to around five metres. The ones in this picture are fairly small, measuring less than a metre. May 8, 2017. (Photo by Sigurd Fandango/ESO)
Edit Del
07 Aug 2017 07:39:00, post received 0 comments
Publication archive:
←   →
Popular tags:
All tags
Last searches: