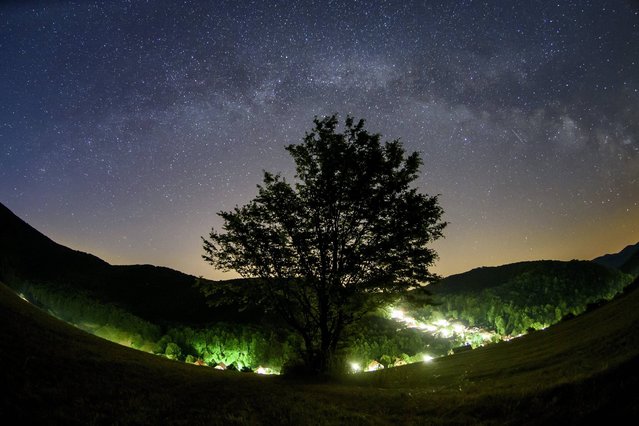 In this Thursday, June 15, 2017 photo the Milky Way is seen on the summer night sky from the vicinity of Repashuta, some 170 kms northeast of Budapest, Hungary. (Photo by Peter Komka/MTI via AP Photo) 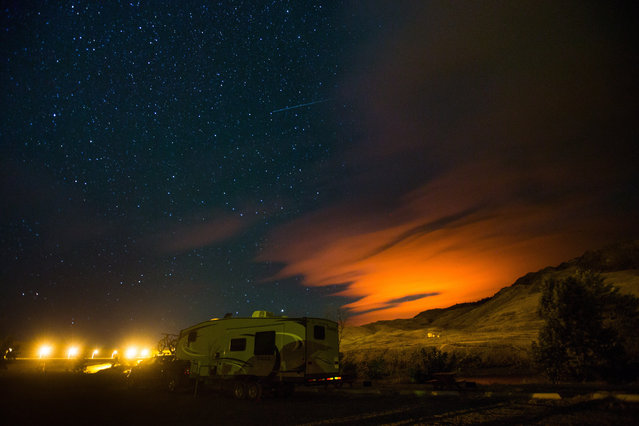 A trailer parked at a campground in Savona, British Columbia, Canada is seen as the Elephant Hill wildfire burns in the distance near Clinton, illuminating smoke in the sky during the early morning hours on July 30, 2017. An evacuation order was issued late Saturday for the village of Clinton due to increased fire behaviour. There are currently 151 wildfires burning and according to the B.C. Wildfire service more than 4,200 square kilometres have burned since April 1. (Photo by Canadian Press/Rex Features/Shutterstock) 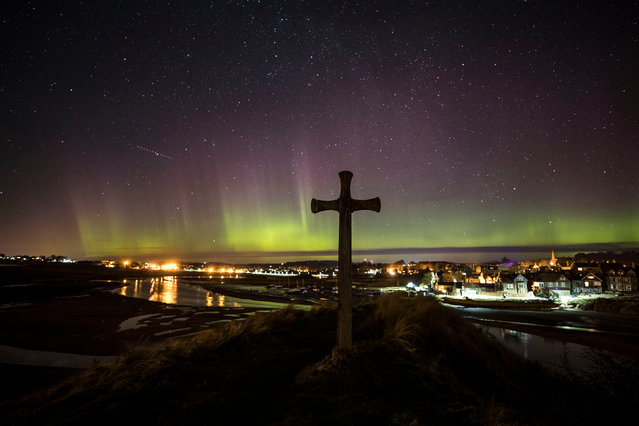 The northern lights over St Cuthbert’s Cross in Alnmouth,
Northumberland, England on March 1, 2017, said to be the location where the monk agreed to become bishop of Lindisfarne when petitioned by the king. (Photo by Owen Humphreys/PA Wire) 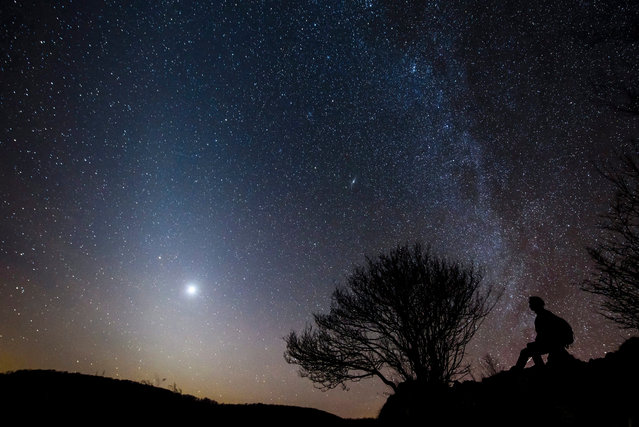 The Zodiacal light (L) with the Venus and the Milky Way (R) appear near the top of the Three-Stone Hill on the Bukk Plateau, near Felsotarkany, 137 kilometers northeast of Budapest, Hungary, late 16 February 2017. The Zodiacal light, a cone-shaped faint hazy shine seen above the western horizon after sunset or in the east before sunrise, apparently caused by the reflection of sunshine from the interplanetary dust particles of the zodiacal cloud. The phenomenon can be observed mainly in February and March after sunset from the areas of Temperate Zone of the Earth. (Photo by Peter Komka/EPA) 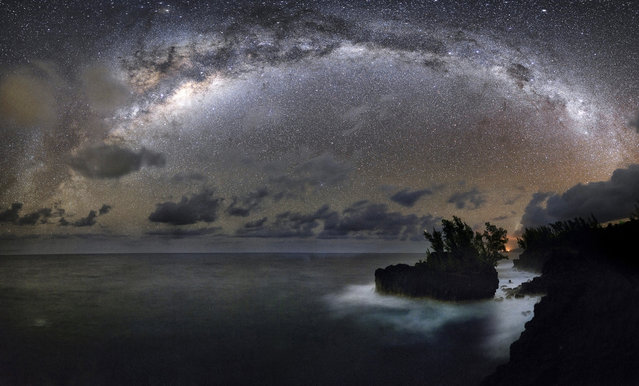 Milky Way is seen from east coast Réunion Island on May 2013. (Photo by Luc Perrot/Novapix/Leemage) 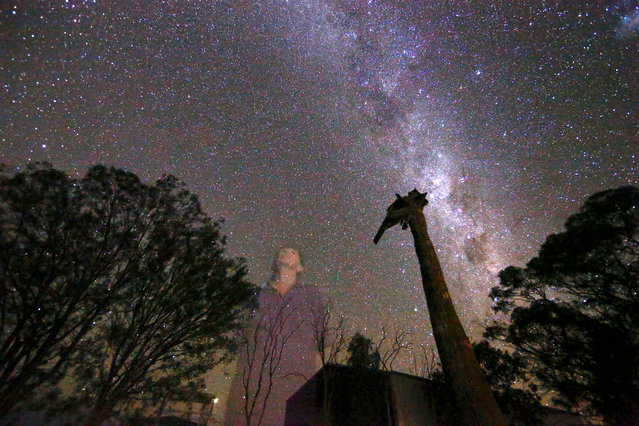 May McKeown looks up at the stars as she stands in the front yard of her homestead on her 6000 acre (2400 hectare) property of 'Long View' near the town of Come-by-Chance, located over 700 kilometres north-west of Sydney in Australia March 16, 2017. Picture taken March 16, 2017. McKeown, aged 78, lives and works on her property mostly alone as her son is constantly travelling. She daily inspects the property and hand-feeds her cattle, writing poems in her spare time about her lonely life on the flat north-west plains. (Photo by David Gray/Reuters) 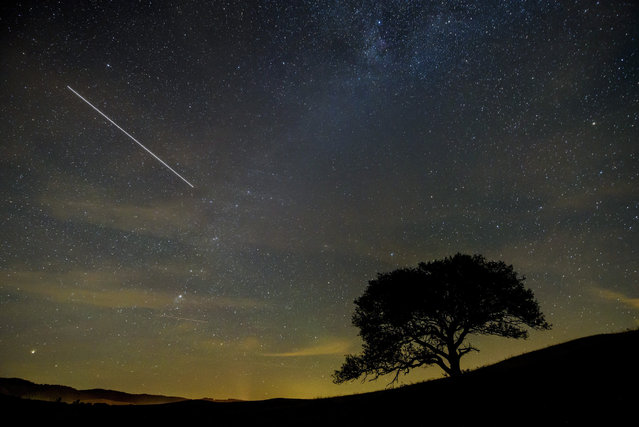 In this picture taken with a long time exposure the International Space Station (ISS) makes a line across the night sky above Kazar, 106 kms northeast of Budapest, Hungary, 27 July 2017. (Photo by Peter Komka/EPA) 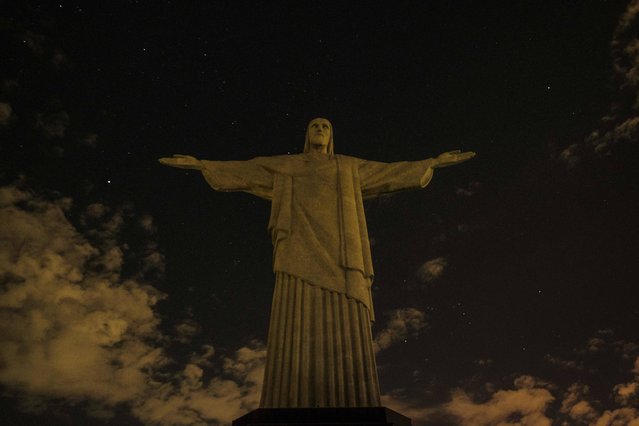 The statue of Christ the Redeemer is seen after being plunged into darkness for the Earth Hour environmental campaign on top of Corcovado hill in Rio de Janeiro, Brazil, on March 25, 2017. (Photo by Yasuyoshi Chiba/AFP Photo) 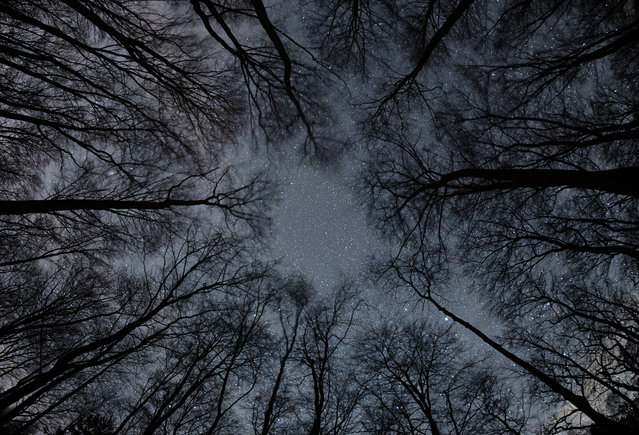 Stars twinkle in the night sky over the treetops of a forest in Frankfurt (oder), western Germany, on March 16, 2017. (Photo by Patrick Pleul/AFP Photo/DPA) 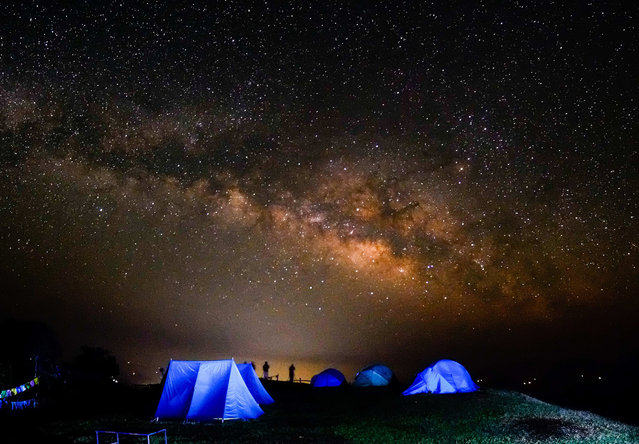 In this photo taken on April 4, 2017 shows the Milky Way, from the Australian Camp (around 2090 above sea level), at Dhampus village in Kaski district some 232 kilometer from Kathmandu, Nepal. (Photo by Sunil Pradhan/NurPhoto via ZUMA Press) 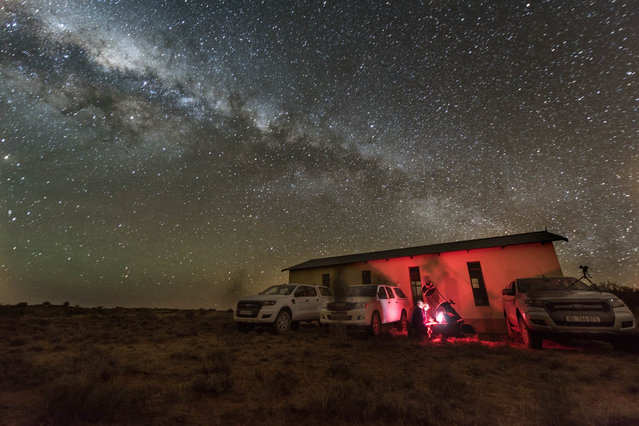 Scientists position their telescope beside a small church in the Karoo desert in South Africa on the morning of June 3, 2017. They were one of at least 54 observing teams with dozens of telescopes dispatched across two continents, positioned to catch a rare, two-second glimpse of a small, distant Kuiper Belt object passing in front of a star. Teams were hoping to capture the fleeting starlit shadow of 2014 MU69, which the New Horizons spacecraft will explore in a flyby on New Year’s Day 2019. (Photo by Henry Throop/NASA/JHUAPL/SwRI) 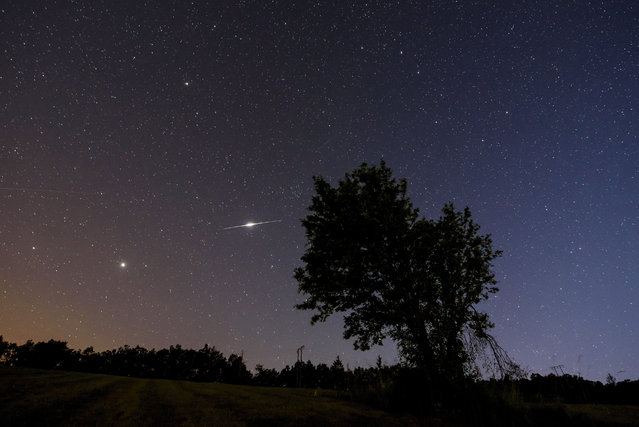 An iridium satellite's flash (C-L) is seen on the summer night sky from the vicinity of Repashuta, some 170km northeast of Budapest, Hungary, late 15 June 2017. (Photo by Peter Komka/EPA) 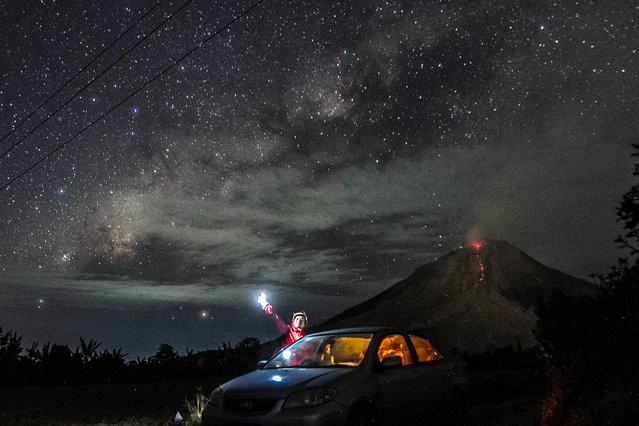 Long Exposure pictures showing Mount Sinabung spewing out hot lava on August 2, 2017 in Karo, Indonesia. Sinabung located in North Sumatra Province roared back to life in 2010 for the first time in 400 years. After another period of inactivity it erupted once more in 2013, and has remained highly active since. (Photo by Albert Damanik/Barcroft Images)
Edit Del
03 Aug 2017 09:09:00, post received 0 comments
Publication archive:
←   →
Popular tags:
All tags
Last searches: