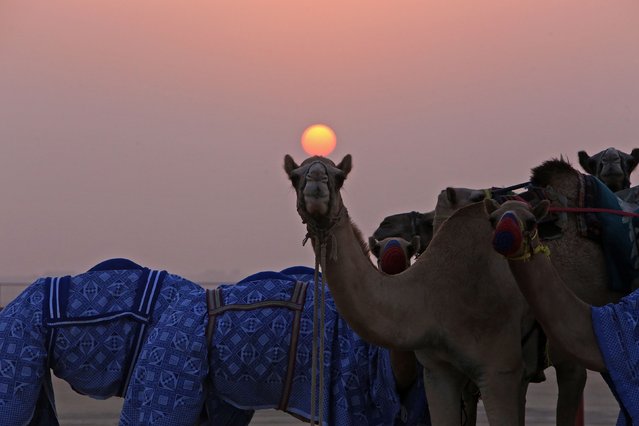 This picture taken on October 20, 2018, in Kabad area, 50 kilometers southwest of Kuwait City, shows camels after a race. (Photo by Yasser Al-Zayyat/AFP Photo) 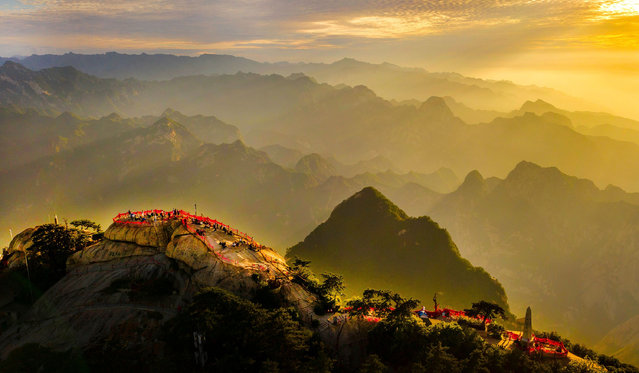 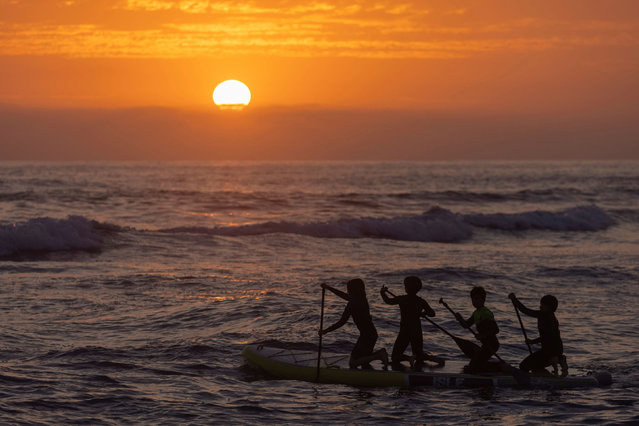 A group of kids paddle out into the waves as the sun sets at Cardiff State Beach in California, U.S. July 8, 2021. (Photo by Mike Blake/Reuters) 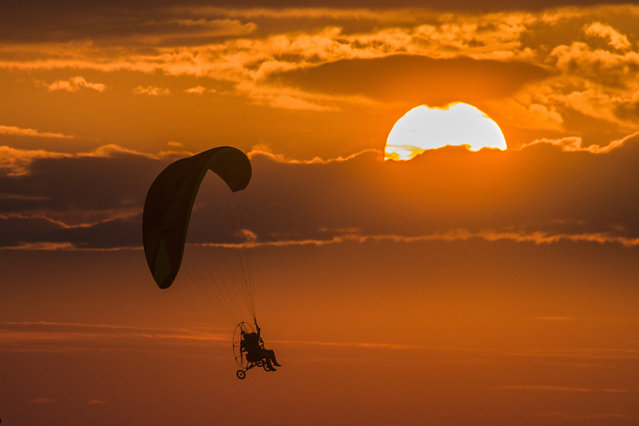 A man pilots a motorised hang glider at sunset in Ivanovo Region, Russia on July 17, 2021. (Photo by Vladimir Smirnov/TASS) 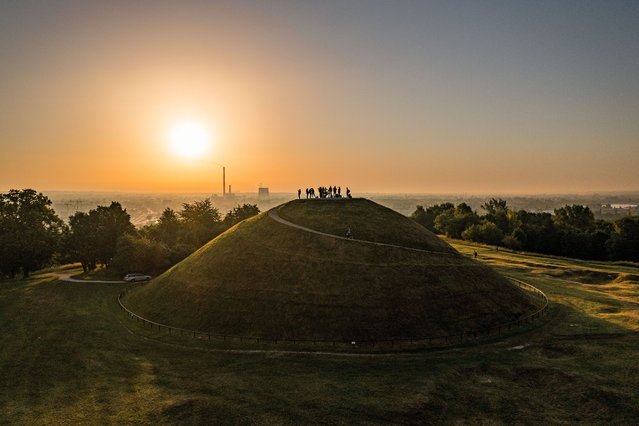 People gathered at the Krakus Mound observe the sunrise on the day of the Summer Solstice sunrise on June 21, 2021 in Krakow, Poland. (Photo by Jan Graczynski/East News/Rex Features/Shutterstock) 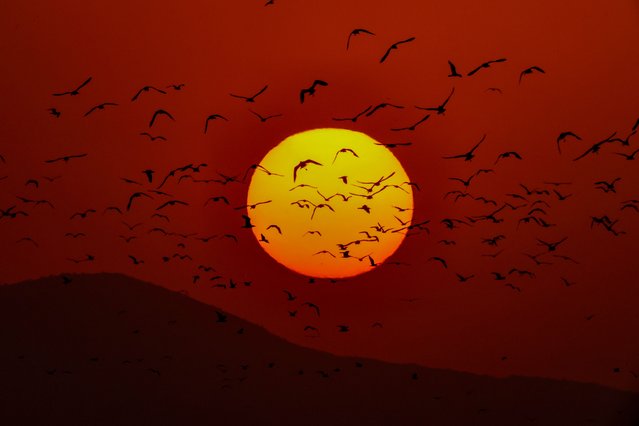 A flock of birds fly in front of the sun during sunset at the Lake Van on June 18, 2021 in Van, Turkey. (Photo by Ozkan Bilgin/Anadolu Agency via Getty Images) 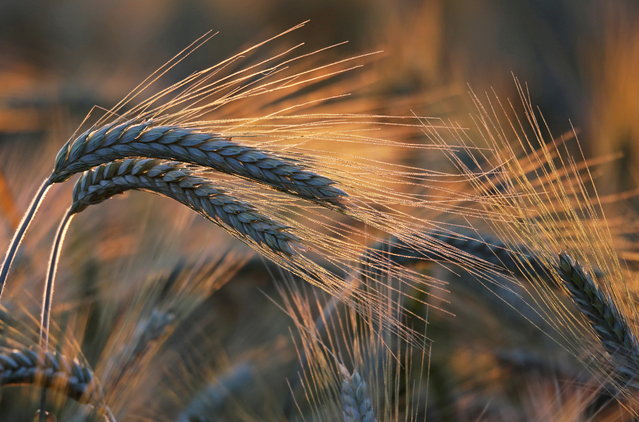 Ears of wheat are seen during sunset in a field in Almaty region, Kazakhstan June 20, 2021. (Photo by Pavel Mikheyev/Reuters) 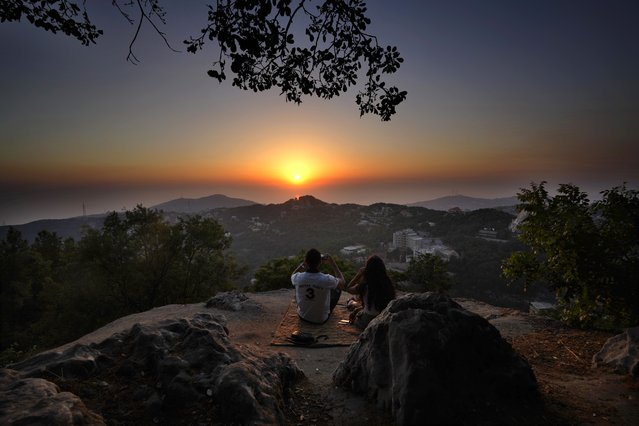 A young couple enjoy the sunset during a hike trip in Chahtoul village, in the Keserwan district, Mount Lebanon Governorate of Lebanon, Sunday, June 27, 2021. (Photo by Hassan Ammar/AP Photo) 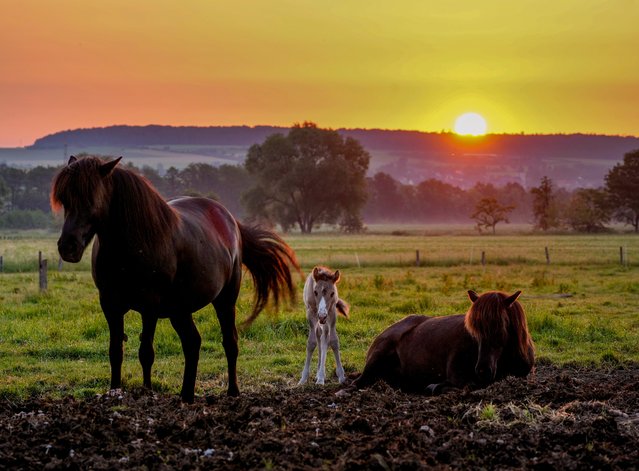 A two-day-old Icelandic foal stands next to its mother, right, as the sun rises in Wehrheim near Frankfurt, Germany, Friday, June 18, 2021. (Photo by Michael Probst/AP Photo) 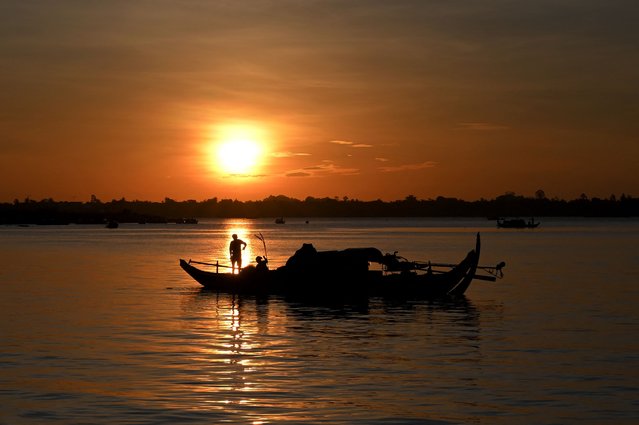 A fisherman sorts out a net on a fishing boat in the Mekong River in Phnom Penh on June 28, 2021. (Photo by Tang Chhin Sothy/AFP Photo) 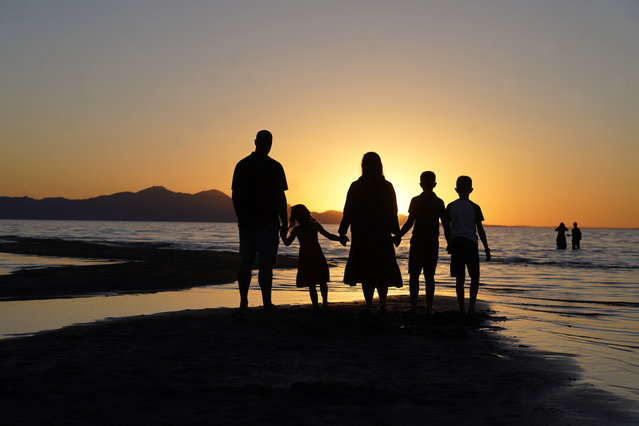 People gather at the receding edge of the Great Salt Lake to watch the sunset on June 13, 2021, near Salt Lake City. The lake has been shrinking for years, and a drought gripping the American West could make this year the worst yet. (Photo by Rick Bowmer/AP Photo) 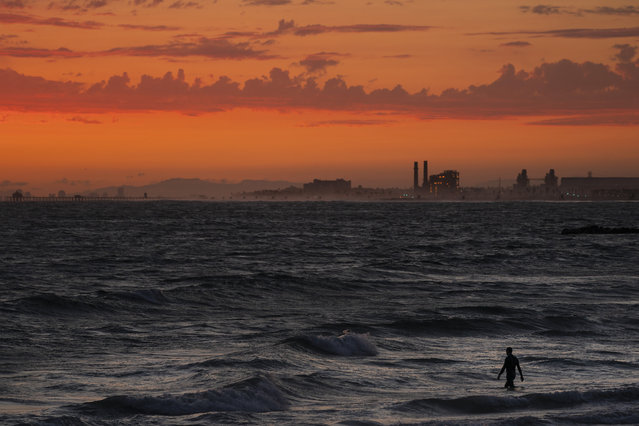 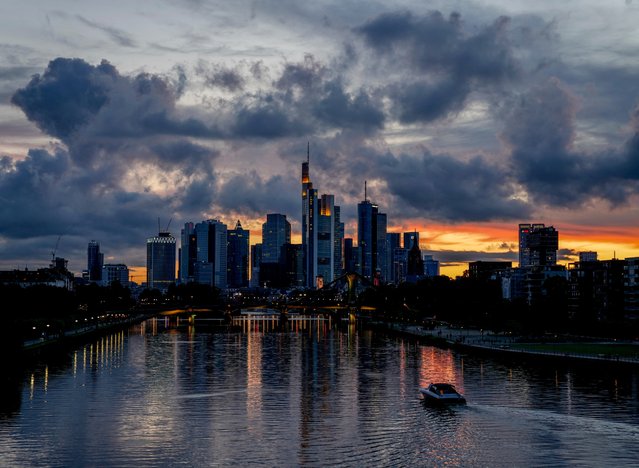 A boat cruises over the river Main as clouds drift over Frankfurt, Germany, Sunday, July 4, 2021. (Photo by Michael Probst/AP Photo) 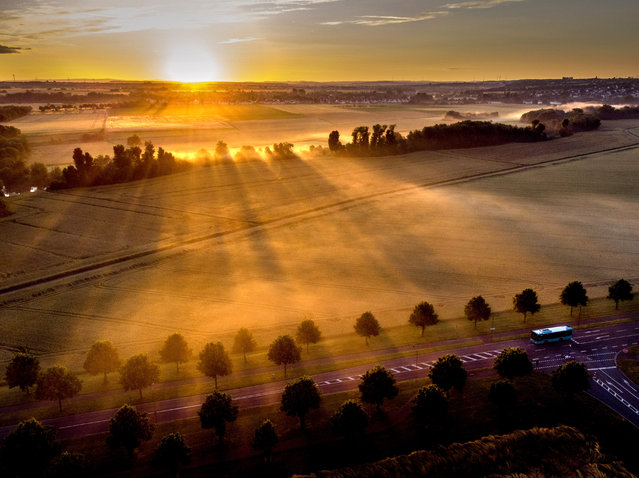 A bus is driven through an alley as the sun rises over fog covered field on the outskirts of Frankfurt, Germany, early Tuesday, July 6, 2021. (Photo by Michael Probst/AP Photo) 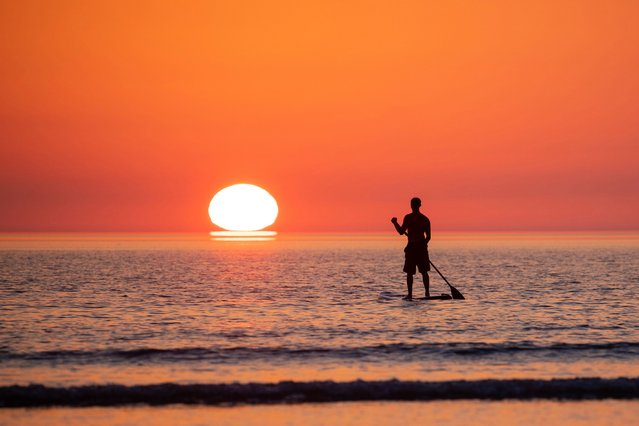