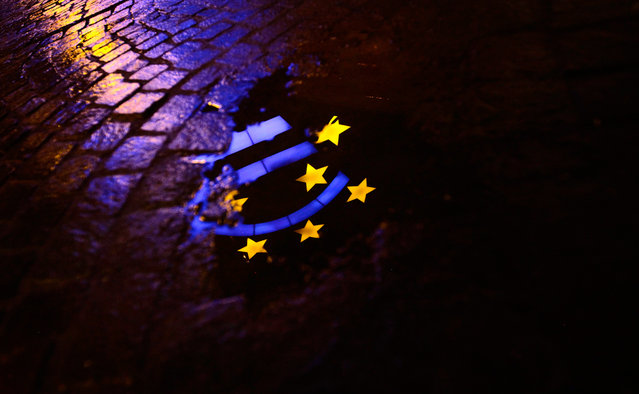 The Euro sculpture is partially reflected in a puddle on a cobblestone pavement in front of the headquarters of the European Central Bank in Frankfurt on Jan. 21. (Kai Pfaffenbach/Reuters) 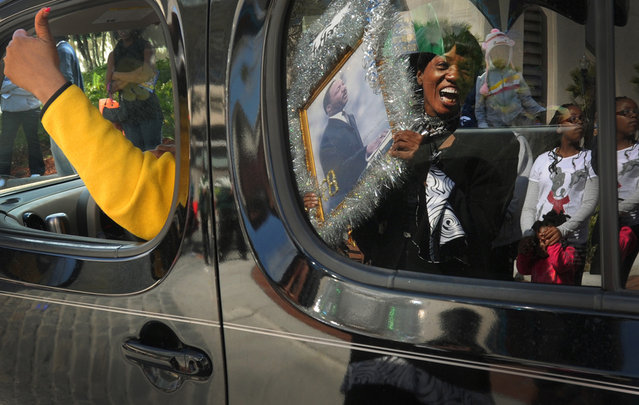 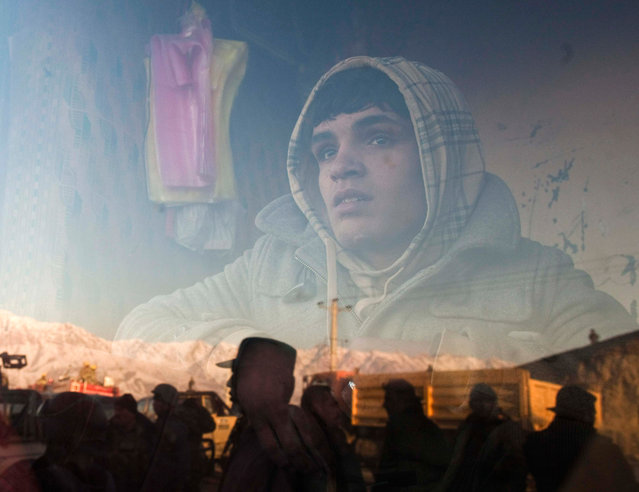 An Afghan boy who works at a bakery watches a protest outside his a window in Kabul Feb. 24. Twelve people were killed on Friday in the bloodiest day yet in protests that have raged across Afghanistan over the desecration of copies of the Muslim holy book at a NATO military base with riot police and soldiers on high alert braced for more violence. (Ahmad Masood/Reuters) 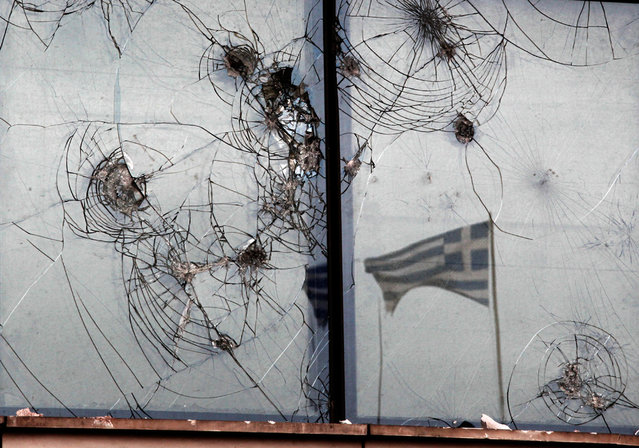 A Greek flag is reflected on the smashed windows of a bank in Athens. Far from falling, government debt burdens are rising fastest in European countries that have enacted the most draconian austerity programs, according to the Associated Press Global Economy Tracker. (Dimitri Messinis/Associated Press) 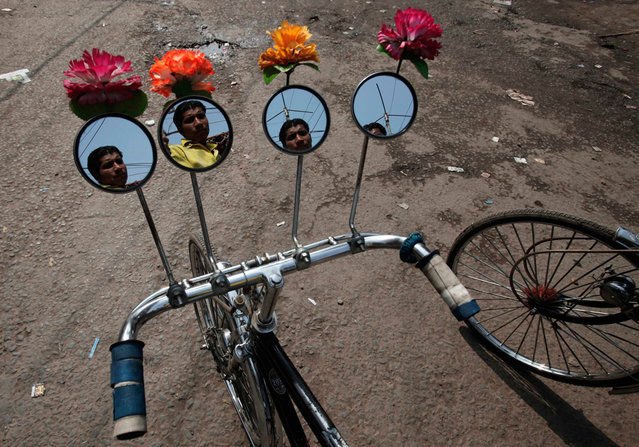 A rickshaw puller is reflected on the installed mirrors of his rickshaw as he waits for passengers on a street in the eastern Indian city of Patna, in Bihar state on Jan. 21. When India launched reforms to open up its state-stifled economy 20 years ago, many states surged ahead, leaving behind the 3.5 percent "Hindu rate of growth" that had plagued the decades after the country's independence from Britain in 1947, and with it Bihar. (Adnan Abidi/Reuters) 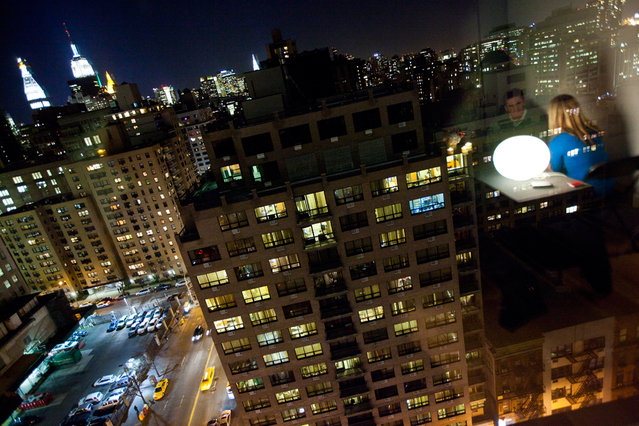 Reflected in the window with city views, Bevan Versfeld, a realtor at Charles Rutenberg, gets a reading from psychic Roxanne Usleman Hulderman at Shop at the Top hosted at 123 Third Avenue on Feb. 9 in New York City. (Michael Nagle/for The New York Times) 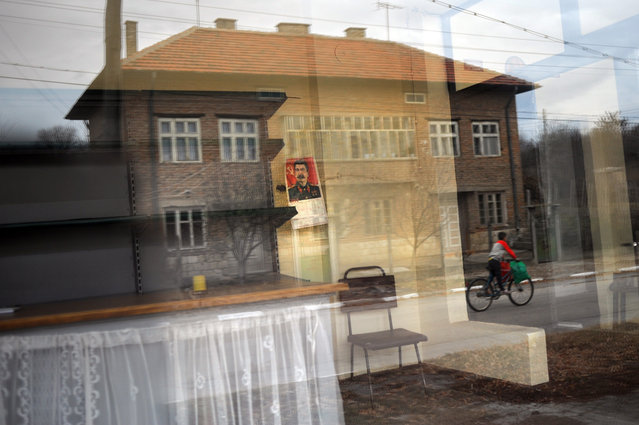 A reflection of a building in the windows of an empty shop bearing the picture of Soviet leader Joseph Stalin in the village of Komoshtitsa, some 100 kms (60 miles) north of the capital Sofia, at the heart of Bulgaria's northwestern region. The bare fields, the empty roads, the ruined houses and the shuttered schools say it all. Welcome to Bulgaria's rural northwest, officially the poorest region in the European Union. In the 1970s and 1980s, the region saw massive industrialization, making goods solely for the communist-era Comecon market. But when the Iron Curtain fell 20 years ago, the factories closed. (Dimitar Dilkoff/AFP) 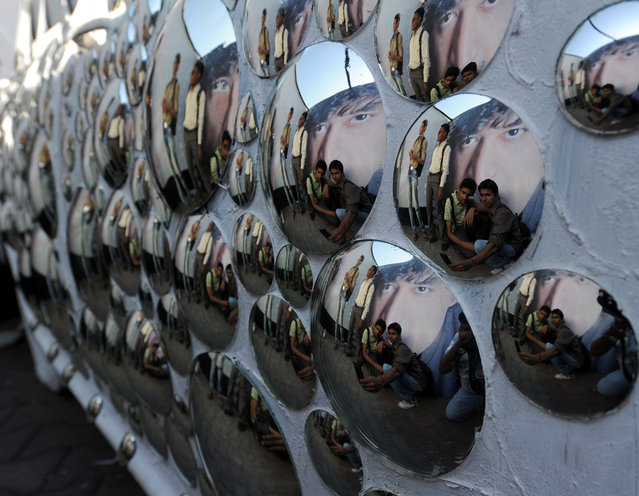 Visitors are reflected on an art installation at the annual Kala Ghoda Arts Festival in Mumbai. The art festival held every year featuring a variety of arts, cultures and culinary delights from its inception in 1999, has grown in stature and popularity, attracting visitors and participants from other parts of the country and the world. (Indranil Mukherjee/AFP) 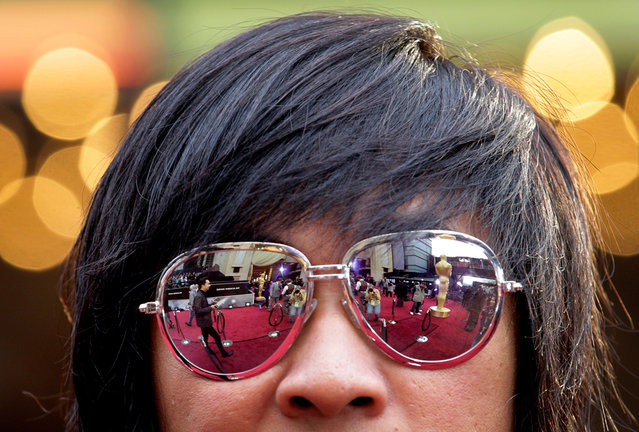 The bustling scene on the red carpet is seen reflected in the sunglasses of actor Ple Nakorn Sirachai, of Thailand, as preparations continue for the 84th Academy Awards in Los Angeles on Feb. 26. (Amy Sancetta/Associated Press) 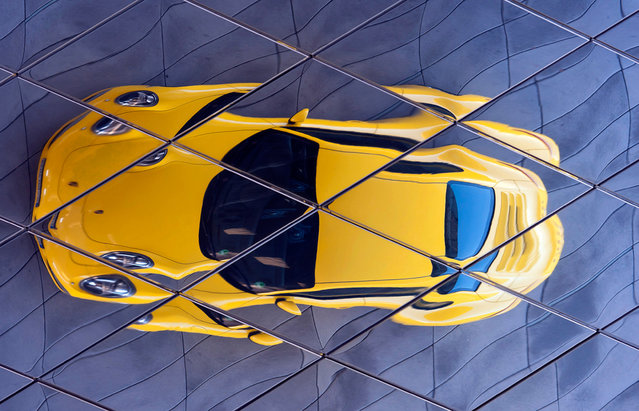 A Porsche 911 is reflected in the wall of the company's museum in Stuttgart, Germany on Jan. 24. Volkswagen AG said the carmaker is "still in the process" of deciding on a plan to combine with Porsche SE's automotive business. (Guenter Schiffmann/Bloomberg News) 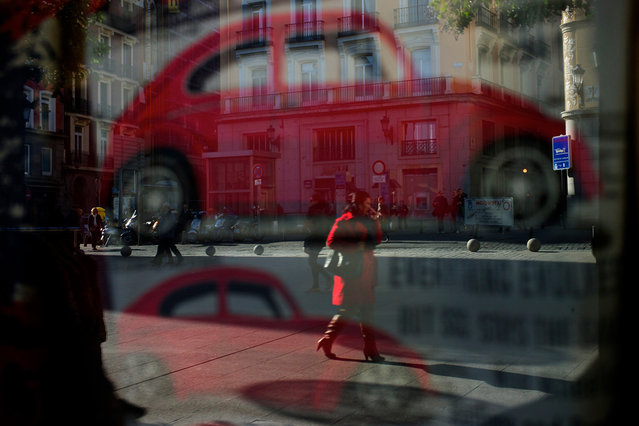 A woman walking in the street is seen reflected in a Madrid, Spain shop window on Jan. 12. (Alexander Zemlianichenko/Associated Press) 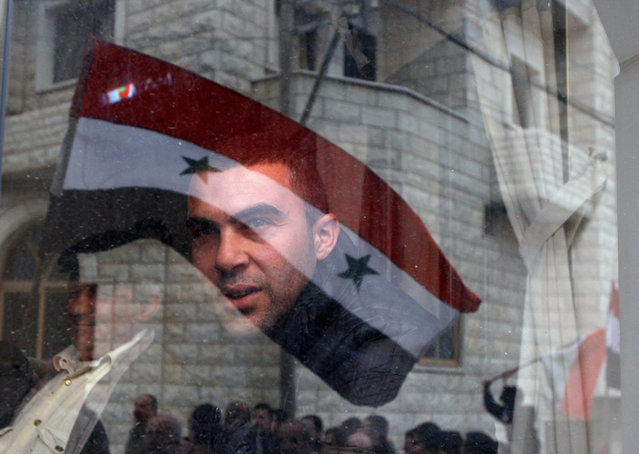 A Syrian flag is reflected on a man watching a rally through a window in the Druze village of Majdal Shams on the Golan Heights, which stand at the heart of a long-standing conflict between Israel and Syria on Feb. 14. Hundreds of members of the Druze community took part in the rally on Tuesday, marking the 31st anniversary of Israel's annexation of the strategic plateau which it captured in the 1967 Middle East War. (Baz Ratner/Reuters)