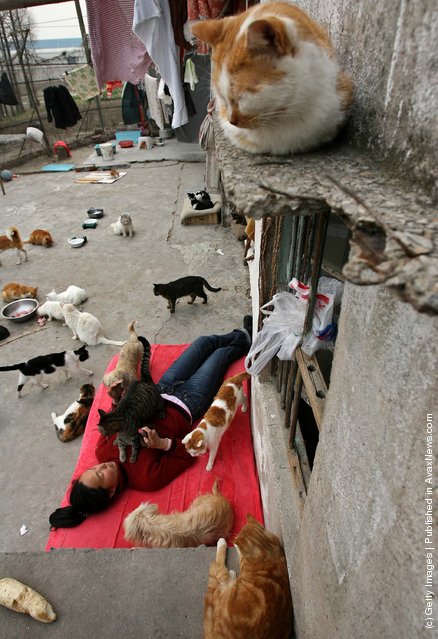 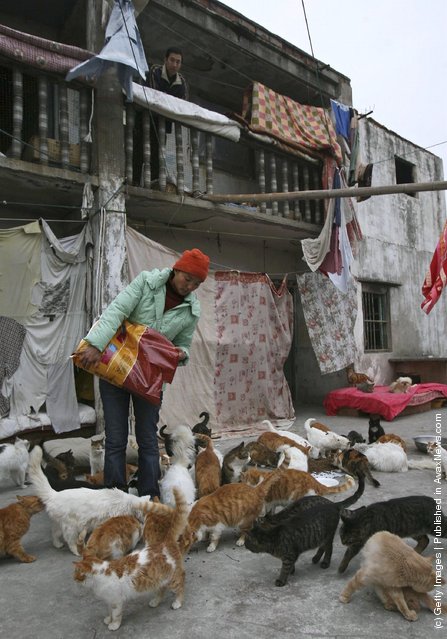 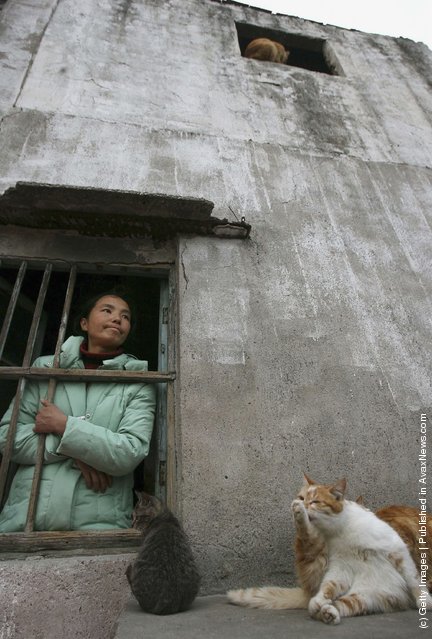 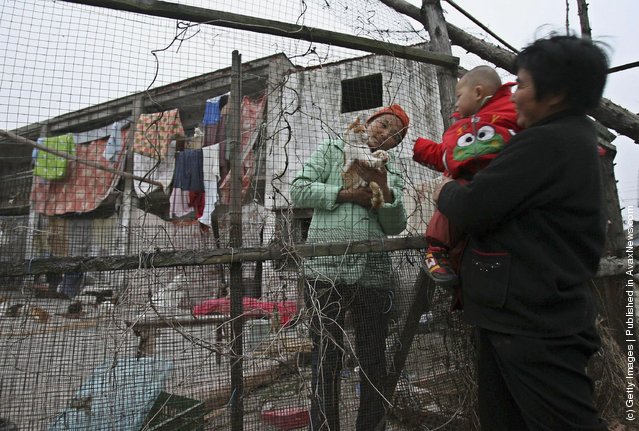 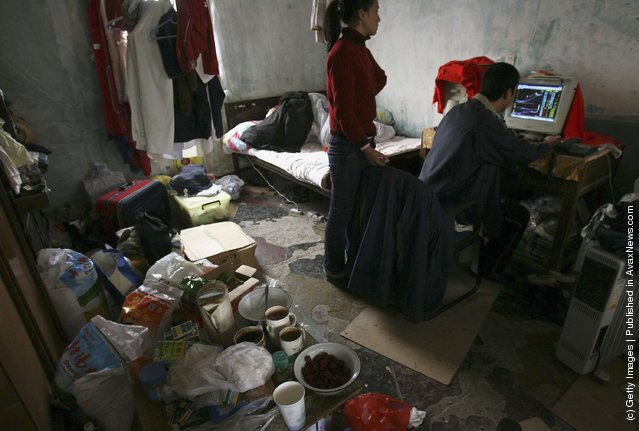 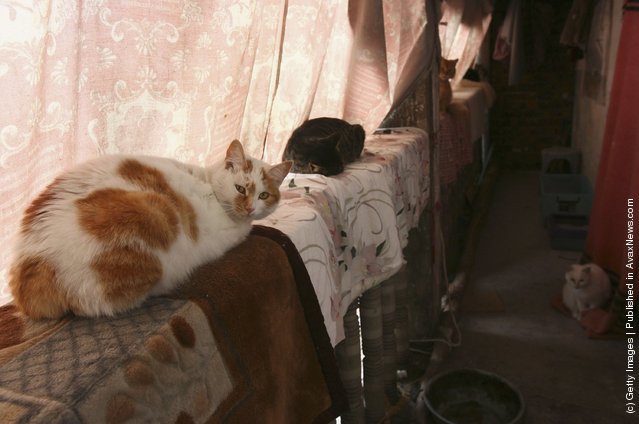 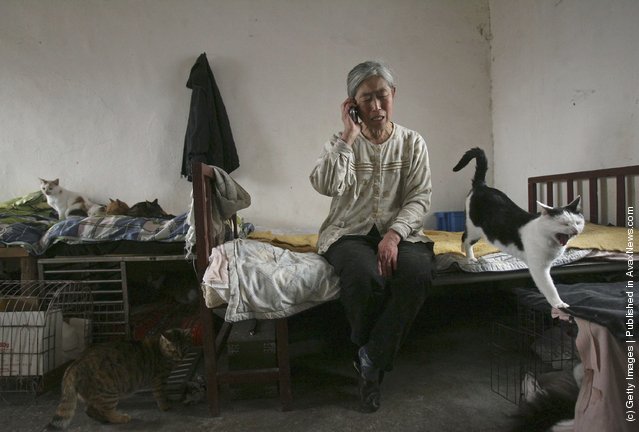 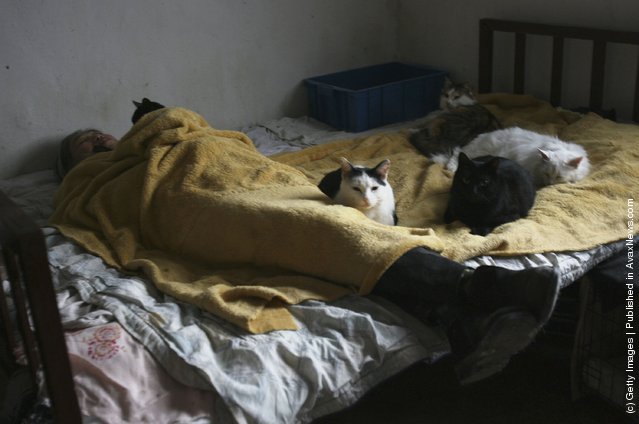 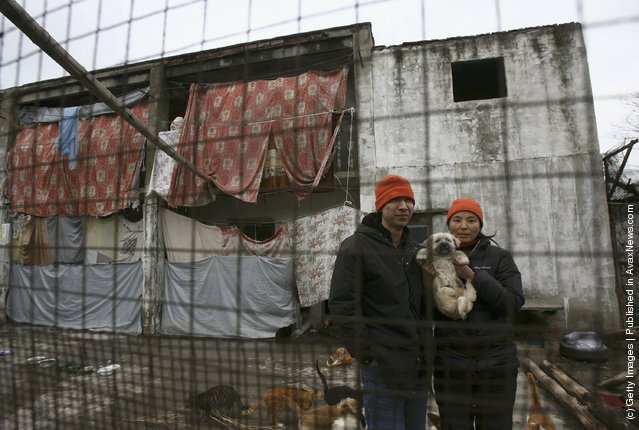 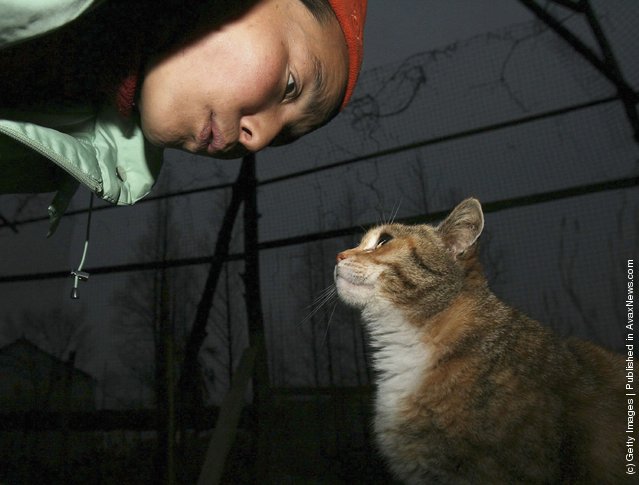 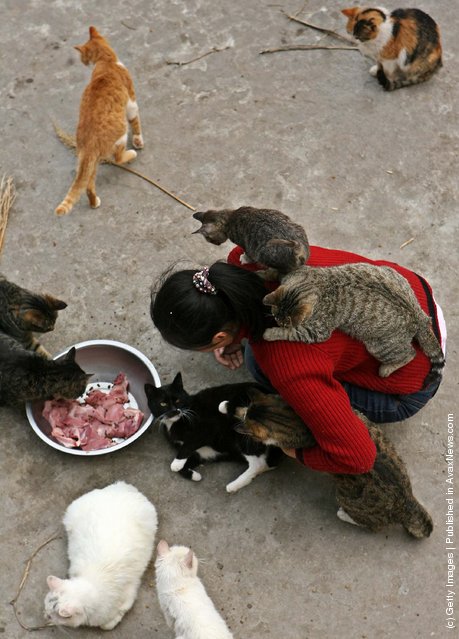 2006 Year: Chinese woman Duo Zirong feeds stray cats at her home February 14, 2006 in Shanghai, China. Duo Zirong, a Daur ethnic minority group woman from Inner Mongolia and reported as the “Cat Woman”, has housed about 300 cats with her Shanghainese husband Liu Junluo and mother-in-law. Duo started to keep stray cats since she saved the first cat nine years ago, when she and her husband were rich businessmen. Now they became impoverished because of adopting the stray cats. They live in a shabby house with hundreds of cats in the Datong Village of Fengxian District on the fringe of Shanghai. The expense on cats takes over 20,000 yuan (about USD 2,481) each month. The whole family makes ends meet by the income of the husband's fuel futures business. Duo Zirong and her family had to move home on and on because neighbours complained about the feline smell and disturbance. Duo Zirong has recently decided to flee to somewhere in quiet countryside of Zhejiang Province, according to local media. (Photo by China Photos/Getty Images) 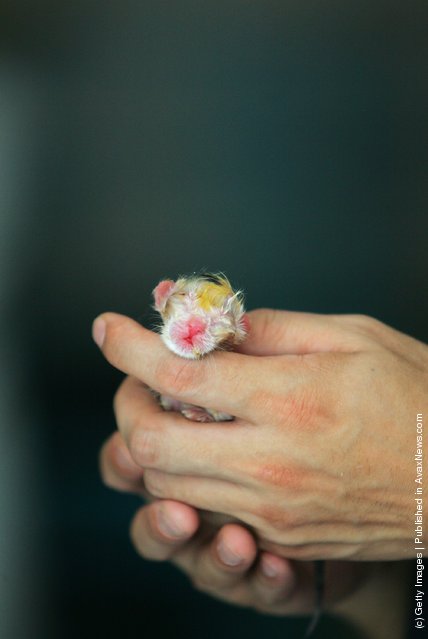 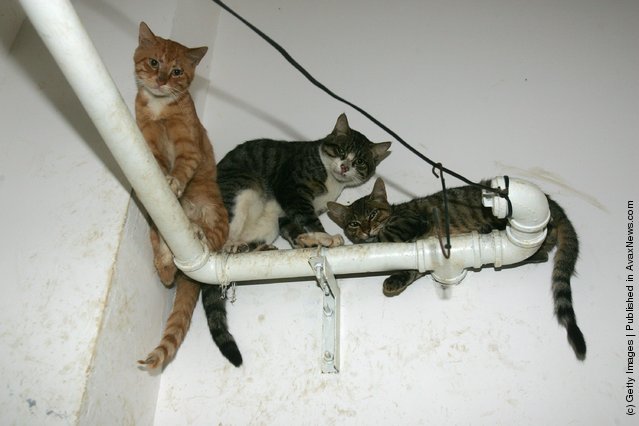 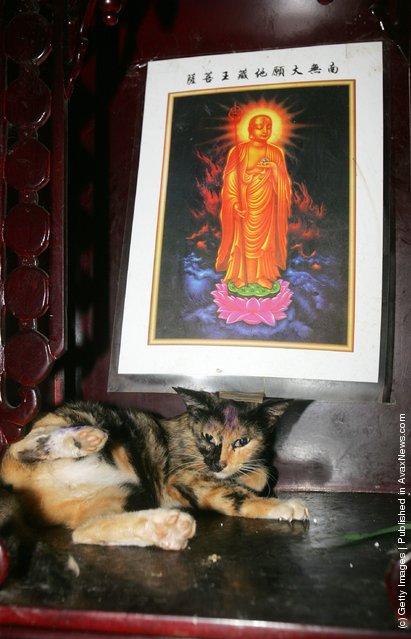 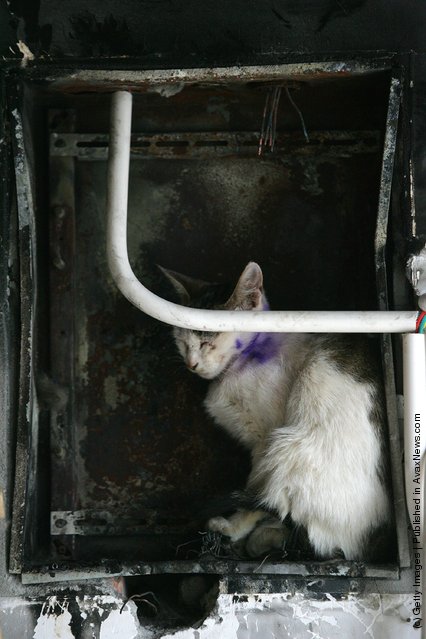 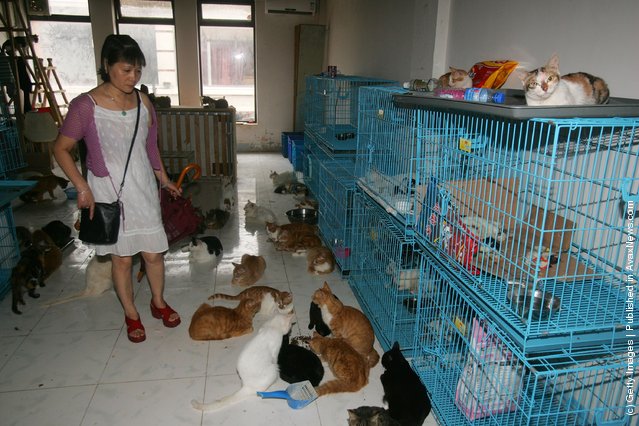 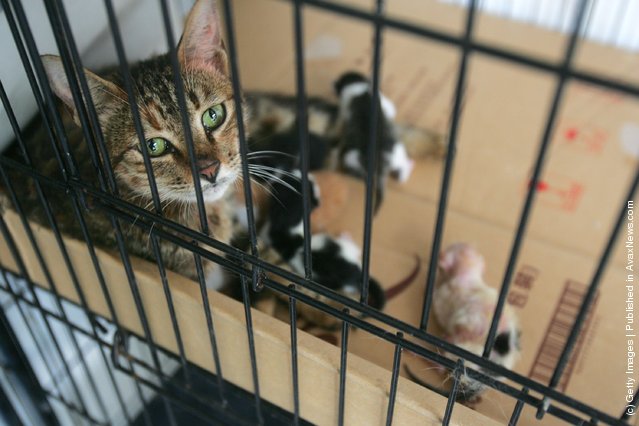 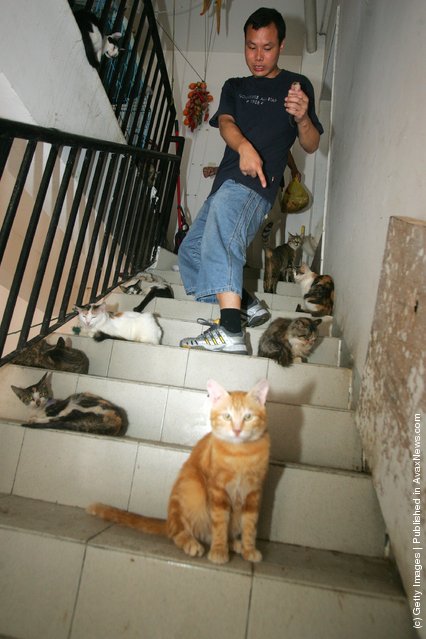 2007 Year: A volunteer takes care of rescued cats at the home of Duo Zirong on July 10, 2007 in Shanghai, China. On July 6, Duo and other volunteers seized a truck loaded with 860 cats being transported to restaurants in South China's Guangdong Province by animal traffickers. Now the cats are waiting to be adopted. Duo, a Daur ethnic minority group woman from Inner Mongolia who has been dubbed “Cat Woman”, has housed over 400 cats with her Shanghainese husband Liu Junluo and mother-in-law. Since saving her first cat ten years ago, Duo has devoted herself to the rescue of strays. (Photo by China Photos/Getty Images)

P.S. Unfortunately, the tragic story on it doesn't come to an end, but only begins. If at you strong nerves can visit this and here this links. Speaking shortly: among the rescued cats the virus infection has extended, and half from them practically was lost at once.

I don't know, than all has ended, and what further destiny of this unfortunate woman, her family and wards. However my experience prompts to me that this destiny is sad. Certainly, would be glad to be mistaken...