Educative Ba Game in Jedburgh
“Ba game is a version of medieval football played in Scotland, perhaps most notably in Orkney and the Scottish Borders, around Christmas and New Year.

Ba is basically mob football, or village football. Two parts of a town have to get a ball to their respective side. For instance the two sides are called the uppies or the downies depending on which part of town they were born, or otherwise owe allegiance to. The ball must be manhandled, and is very often a moving scrum. The game moves through the town, and can go up alleyways, into yards and up streets. Shops and houses board up their windows to prevent damage. Unlike traditional mob football, generally people are not hurt.

In Jedburgh play starts at the Mercat Cross in the centre of the town. The uppies, who first entered the town or were born south of the Mercat Cross, hail (score) the ba at the top of the Castlegate by throwing the ba over a fence at the Castle. The downies, who first entered the town or were born to the north, hail by rolling the ba over a drain (hailing used to be done by throwing the ba over a burn which has now been built over, the drain is directly above the burn.) in the road at a street just off the bottom of High Street. The laddies' game starts at midday and the men's game at 2pm. Both games run until the last ba has been hailed. Most years this means that both games can be running at the same time. There is no boundary as to where the game is played with most of the play occurring in the town centre. This can prove awkward for shoppers, trying to avoid getting caught up in the game, and shopkeepers, who put shutters on their doors and windows in case (as has happened on many occasions) they are pushed on by the ruck”. – Wikipedia

Photos: Youths tussle for the leather ball during the annual “Fastern Eve Handba” event in Jedburgh's High Street in the Scottish Borders on March 1, 2012 in Jedburgh, Scotland. The annual event, which started in the 1700's, takes place today and involves two teams, the Uppies (residents from the higher part of Jedburgh) and the Doonies (residents from the lower part of Jedburgh) getting the ball to either the top or bottom of the town. The ball, which is made of leather, stuffed with straw and decorated with ribbons is thrown into the crowd to begin the game. (Photo by Jeff J. Mitchell/Getty Images) 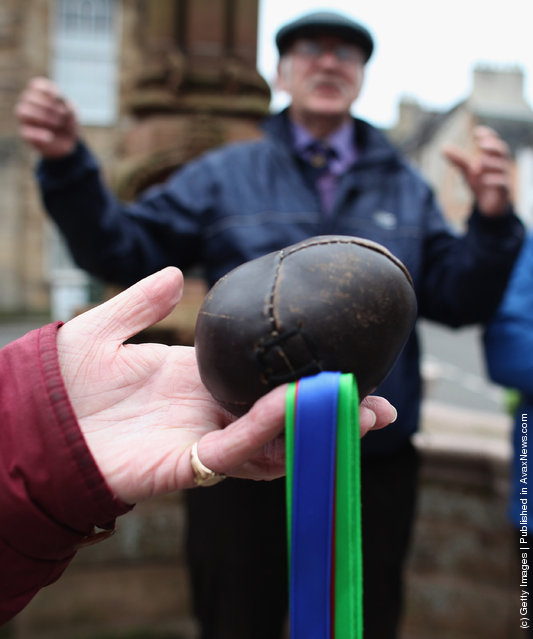 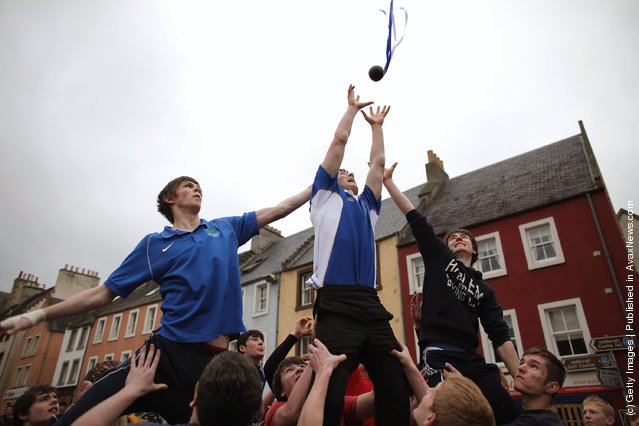 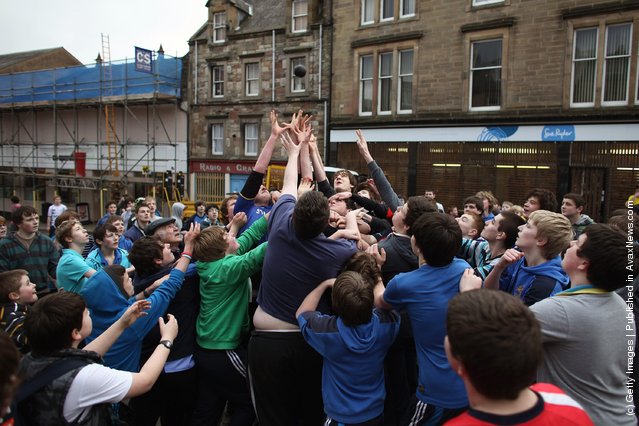 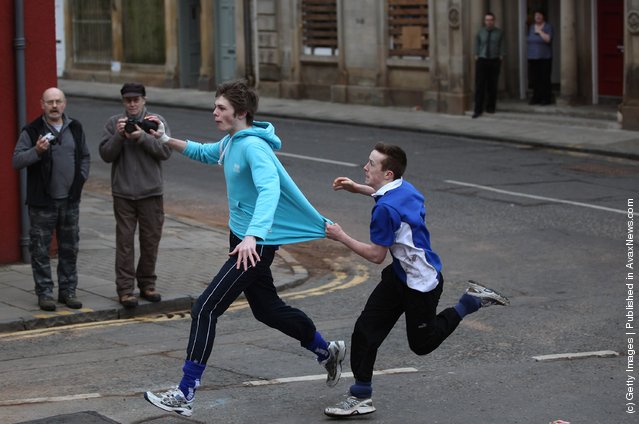 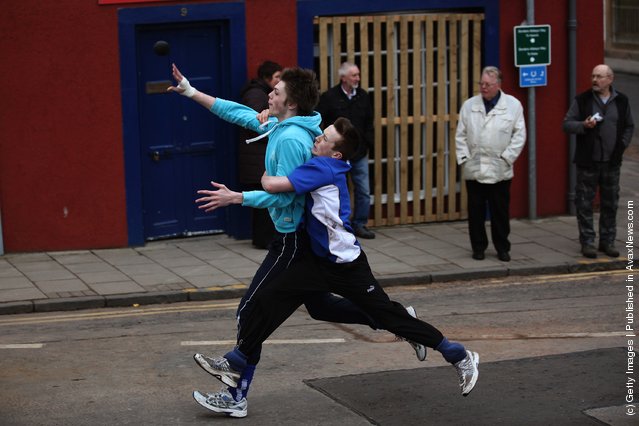 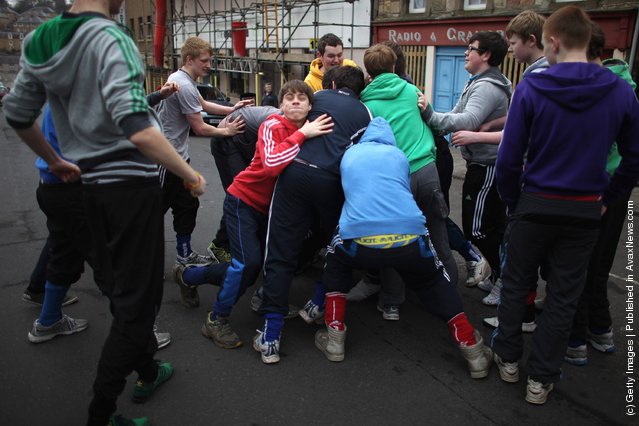 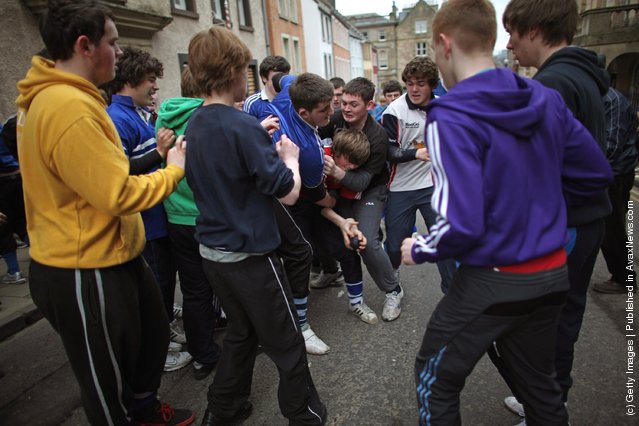 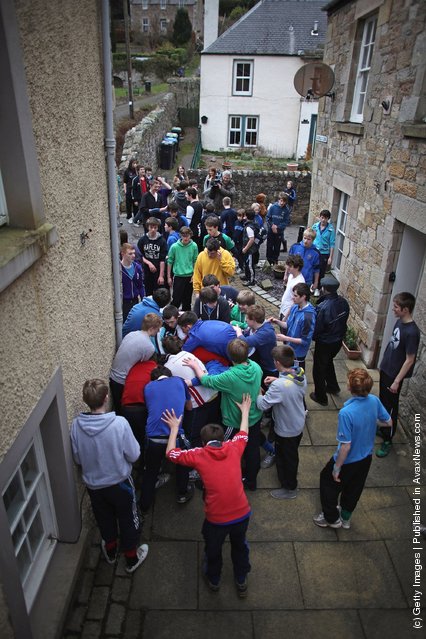 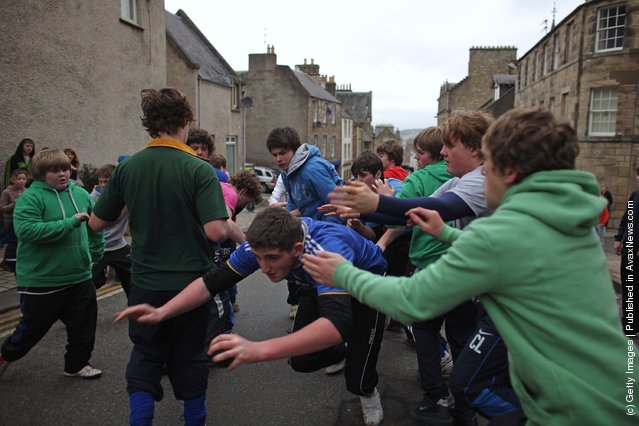 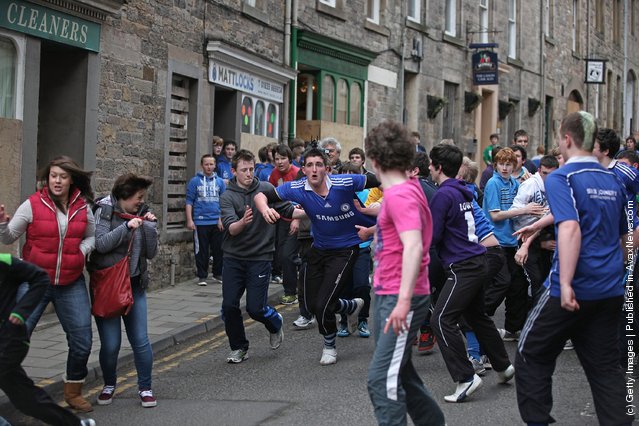 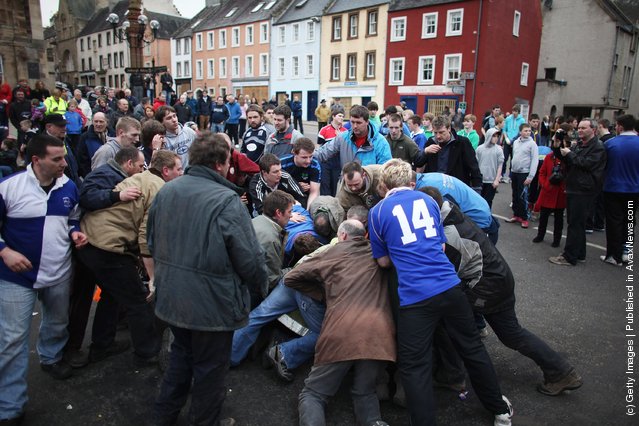 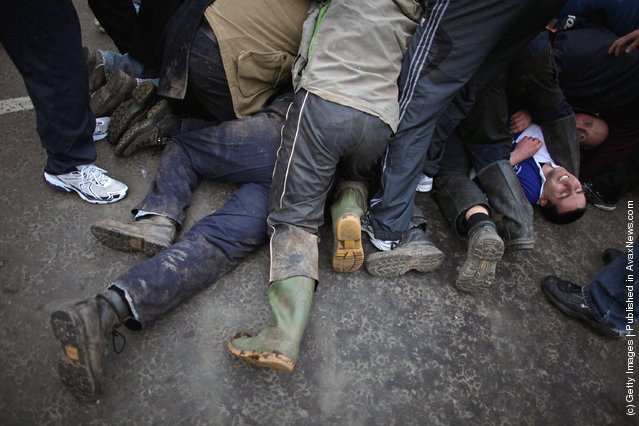 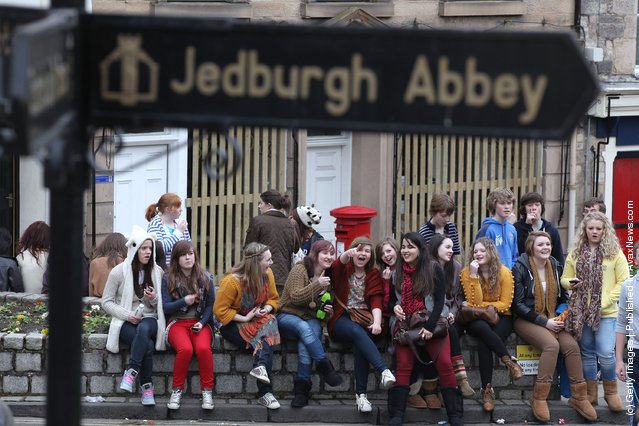