Educative See-Through Fish
The photographs feature fish that have been specially treated to make the stained skeletal tissues visible through the skin and flesh. The technique, developed by Dr. Adam Summers, uses dyes, hydrogen peroxide, a digestive enzyme and glycerin to make the flesh seem to disappear. Adam Summers has given us a new perspective on the internal structures of the aquatic animals, thanks to his series of artistic photographs currently on exhibit at the Seattle Aquarium. 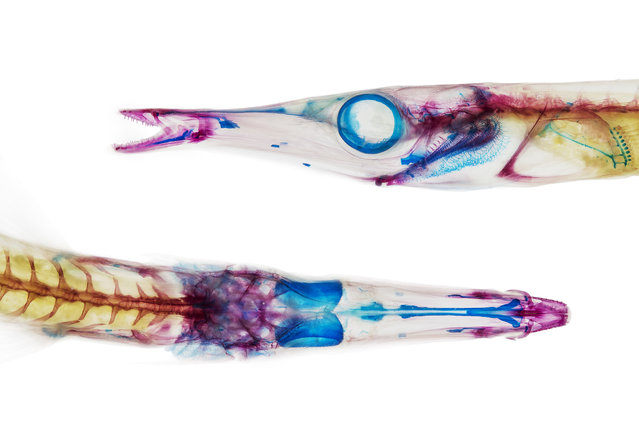 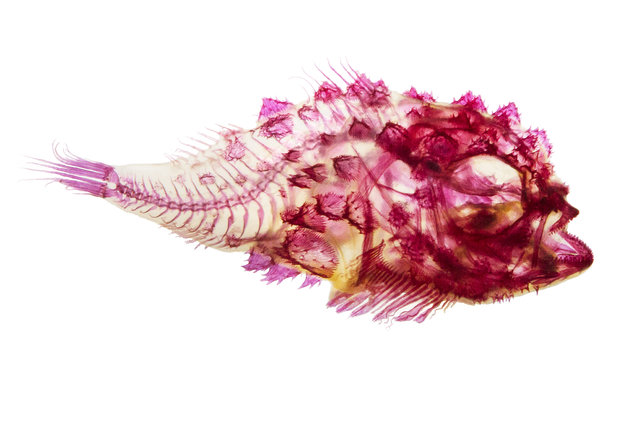 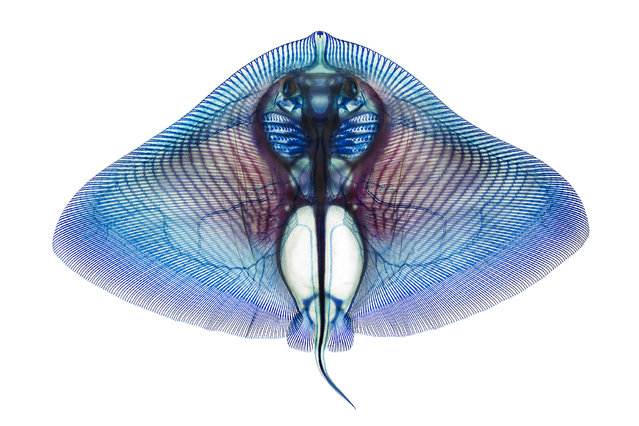 This image of the butterfly ray (Gymnura crebripunctata) helped scientists study the joints in its wings. (Photo by Adam Summers) 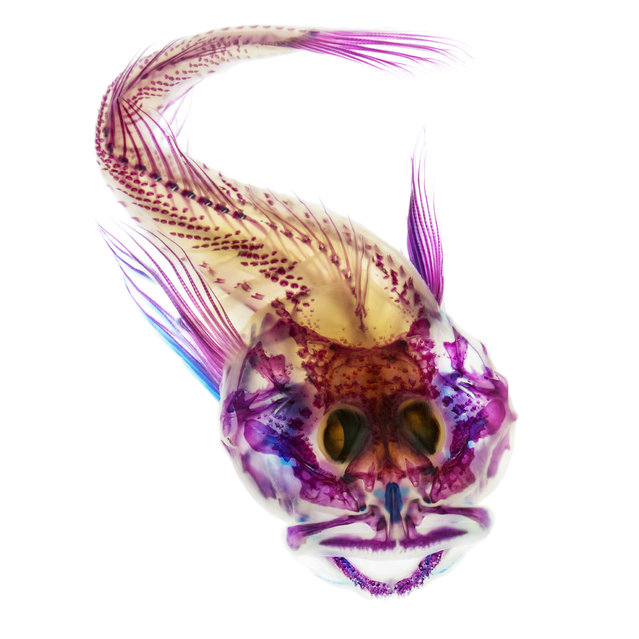