Educative Snow Roller
“A snow roller is a rare meteorological phenomenon in which large snowballs are formed naturally as chunks of snow are blown along the ground by wind, picking up material along the way, in much the same way that the large snowballs used in snowmen are made.

Unlike snowballs made by people, snow rollers are typically cylindrical in shape, and are often hollow since the inner layers, which are the first layers to form, are weak and thin compared to the outer layers and can easily be blown away, leaving what looks like a doughnut or Swiss roll. Snow rollers have been seen to grow as large as two feet (0,61 m) in diameter.

The following conditions are needed for snow rollers to form:

• The ground must be covered by a layer of ice to which snow will not stick.

• The layer of ice must be covered by wet, loose snow with a temperature near the melting point of ice.

• Alternatively, gravity can move the snow rollers as when a snowball, such as those that will fall from a tree or cliff, lands on steep hill and begins to roll down the hill.

Because of this last condition, snow rollers are more common in hilly areas. However, the precise nature of the conditions required makes them a very rare phenomenon”. – Wikipedia 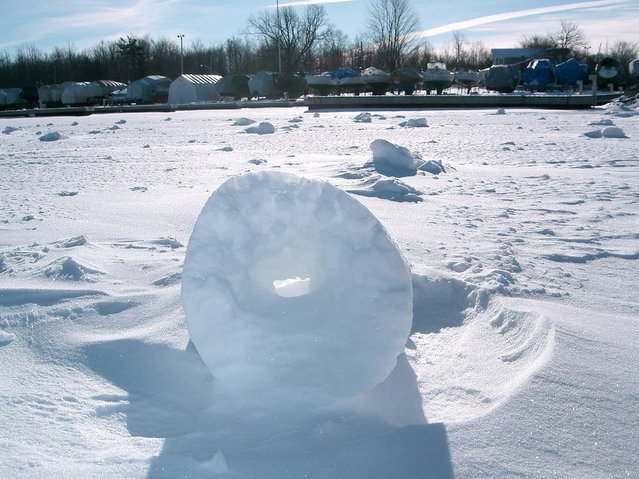 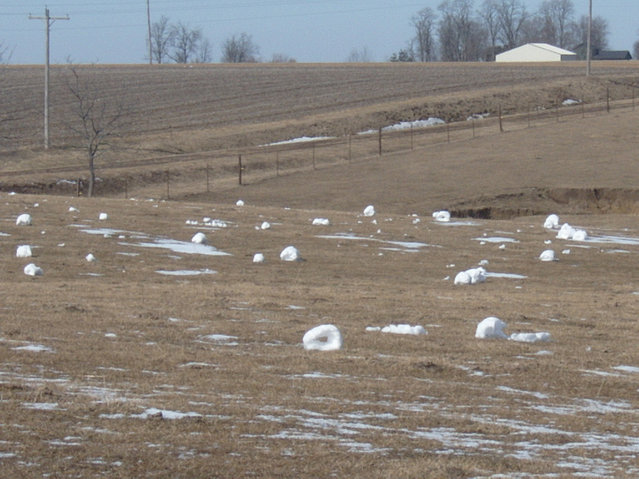 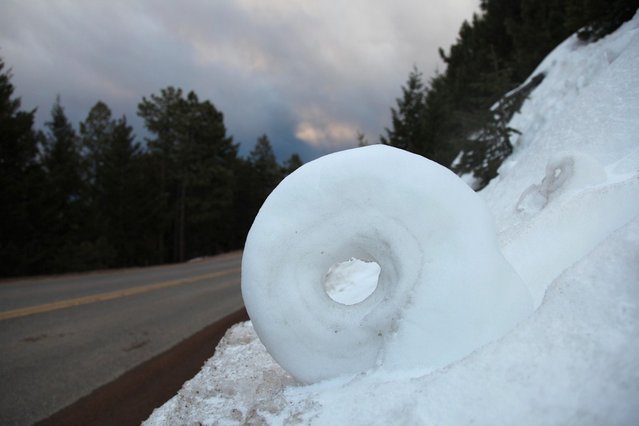 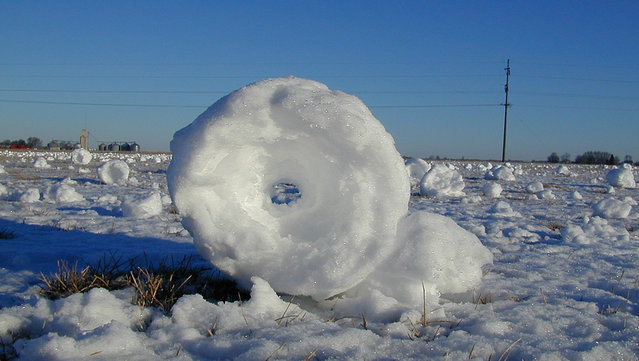 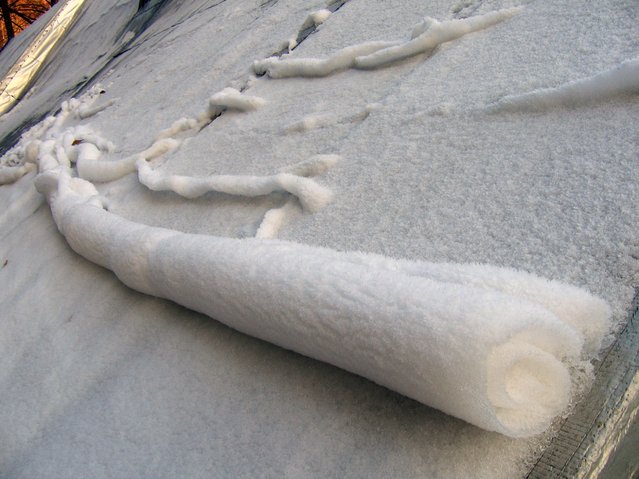 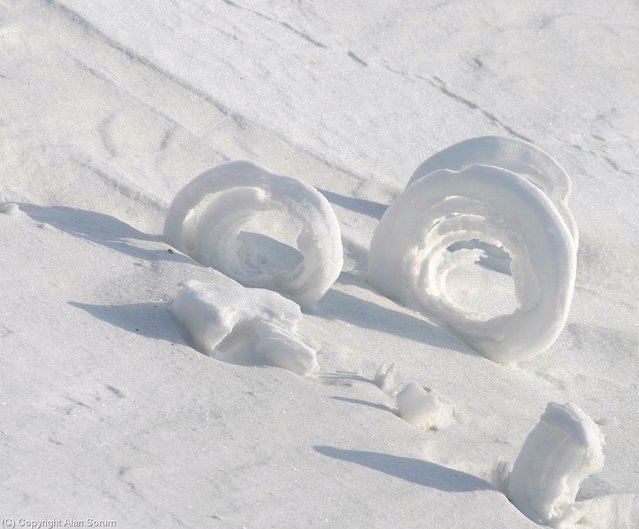 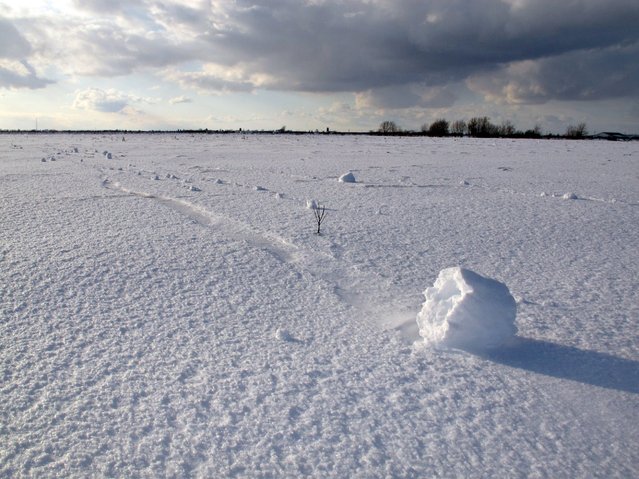 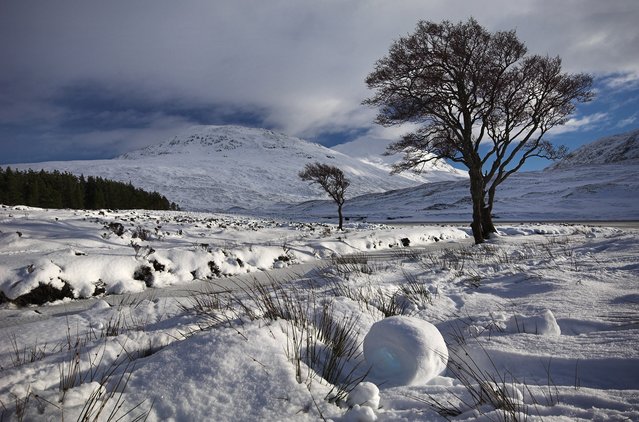