Educative Titanoboa Replica on Display at Grand Central Terminal
“Titanoboa is a genus of snake that lived approximately 58–60 million years ago, during the Paleocene epoch, a 10-million-year period immediately following the dinosaur extinction event. The only known species is the Titanoboa cerrejonensis, the largest snake ever discovered, which supplanted the previous record holder, Gigantophis.

By comparing the sizes and shapes of its fossilized vertebrae to those of extant snakes, researchers estimated T. cerrejonensis reached a maximum length of 12 to 15 m (40 to 50 ft), weighed about 1,135 kg (2,500 lb), and measured about 1 m (3 ft) in diameter at the thickest part of the body.

In 2009, the fossils of 28 individual T. cerrejonensis were found in the Cerrejón Formation of the coal mines of Cerrejón in La Guajira, Colombia. Prior to this discovery, few fossils of Paleocene-epoch vertebrates had been found in ancient tropical environments of South America. The snake was discovered on an expedition by a team of international scientists led by Jonathan Bloch, a University of Florida vertebrate paleontologist, and Carlos Jaramillo, a paleobotanist from the Smithsonian Tropical Research Institute in Panama”. – Wikipedia

Photos: Attendees view a replica of the prehistoric Titanoboa, the largest snake to ever live, on display at Grand Central Terminal on March 23, 2012 in New York City. (Photo by Michael Loccisano/Getty Images) 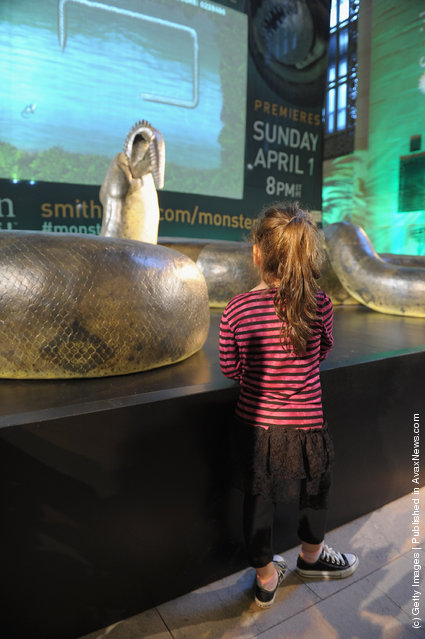 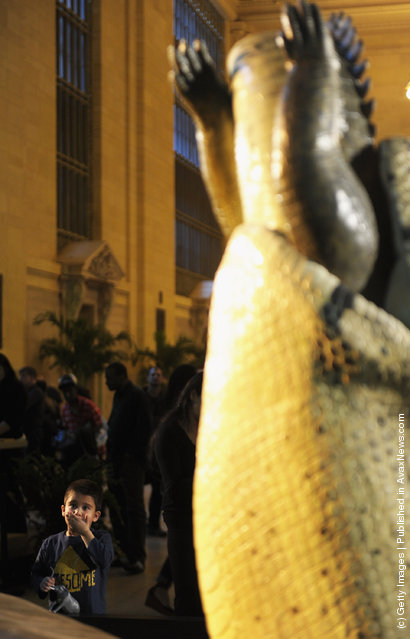 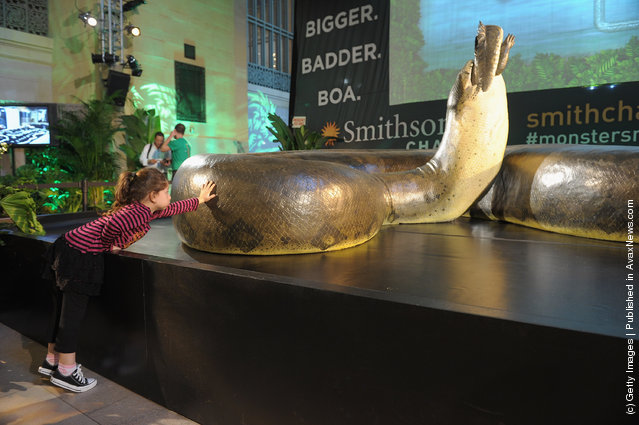 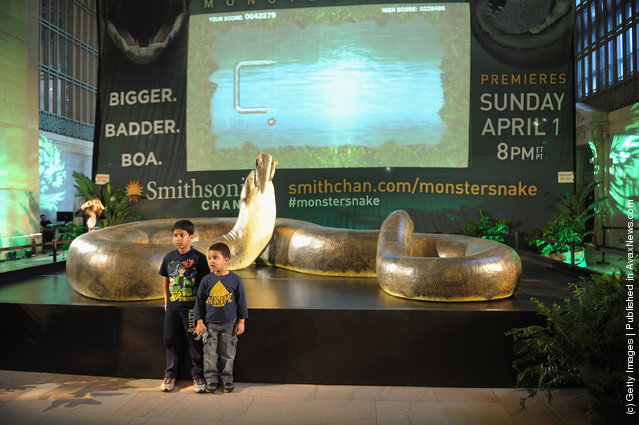 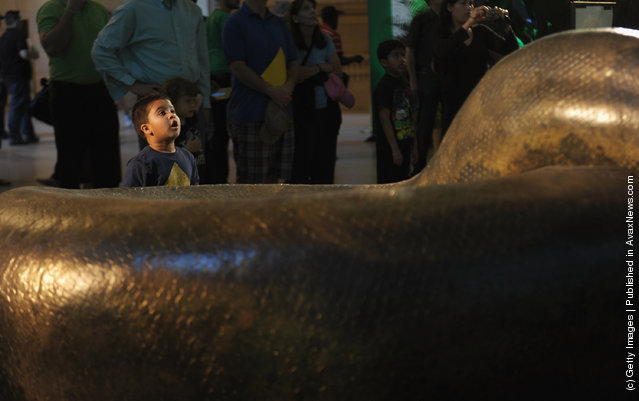 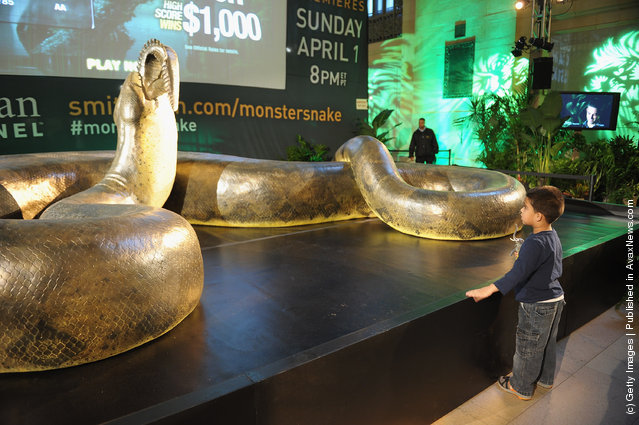 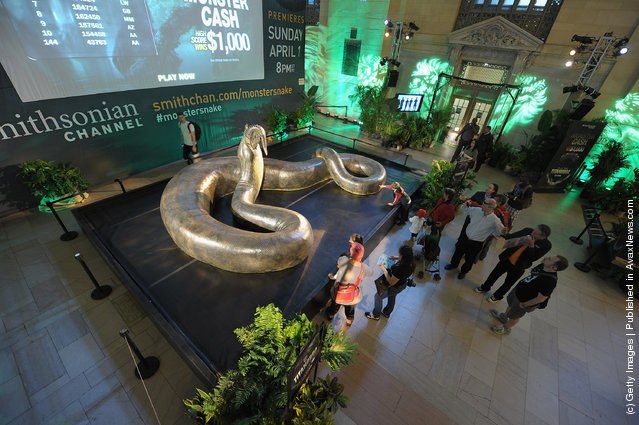 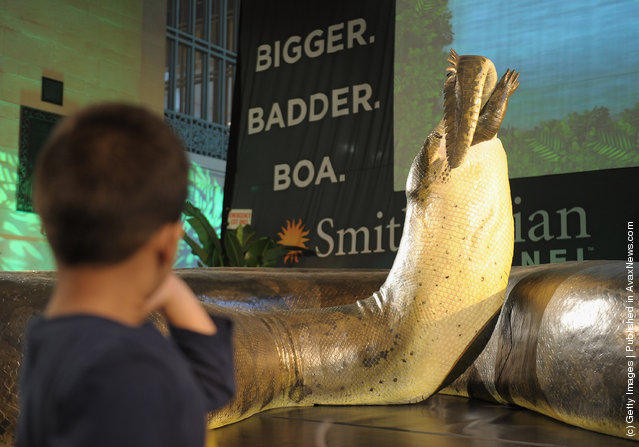