It is overall silvery in color with no conspicuous stripes. A few broad stripes may show up under the scales after death. It has fourteen or more teeth in the upper jaw and very short gill rakers, less than one third the length of the gill filaments. The largest giant tigerfish may exceed 110 lbs (50 kg) but stories of fish weighing up to 132 lb (60 kg) have yet to be authenticated. Its ferocious appearance gives ample indication of its predatory habits. This strong fighter is one of the great freshwater game fish species.

A number of incidents have been reported in The Congo of this fish attacking humans. This reputation, combined with its strength, has earned it an almost mythical status among anglers, and it has been called the «greatest freshwater gamefish in the world»”. (Photo by Tigerfishcamp / Tourettefishing / Bigfishesoftheworld) 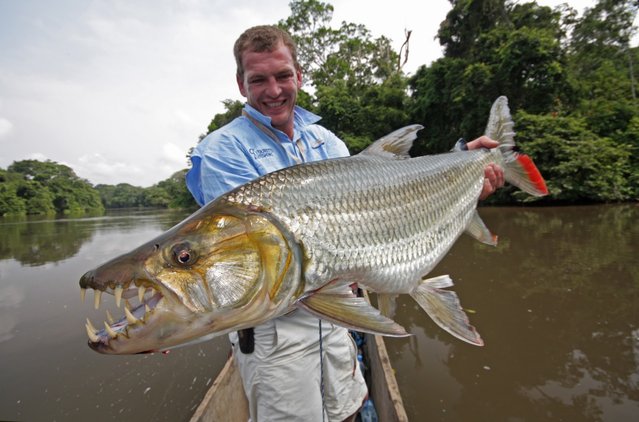 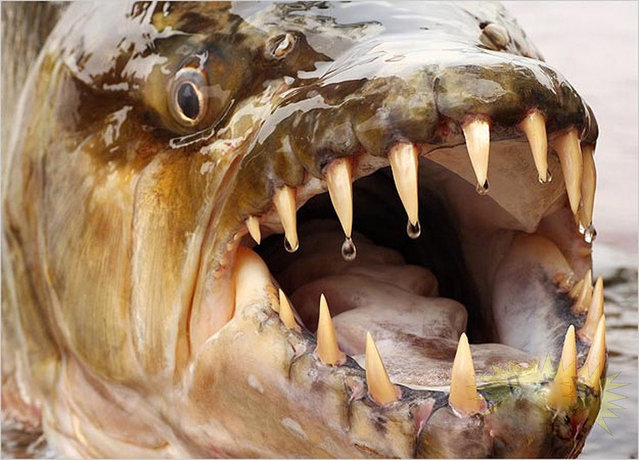 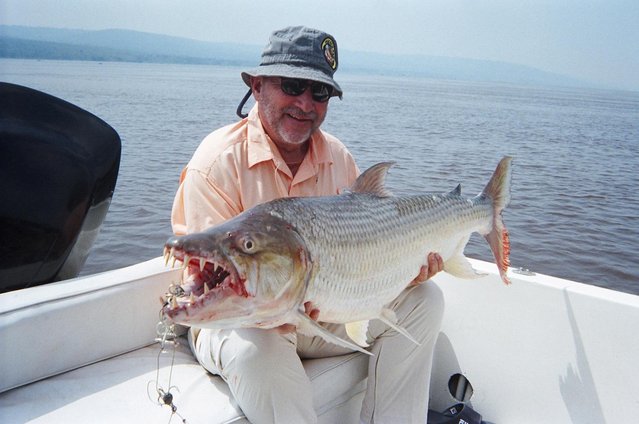 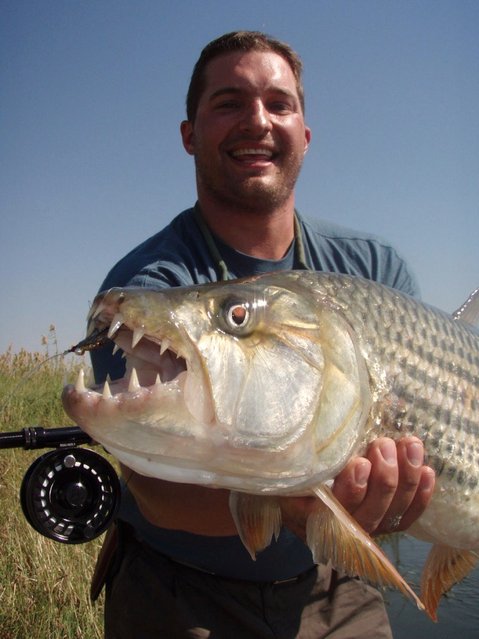 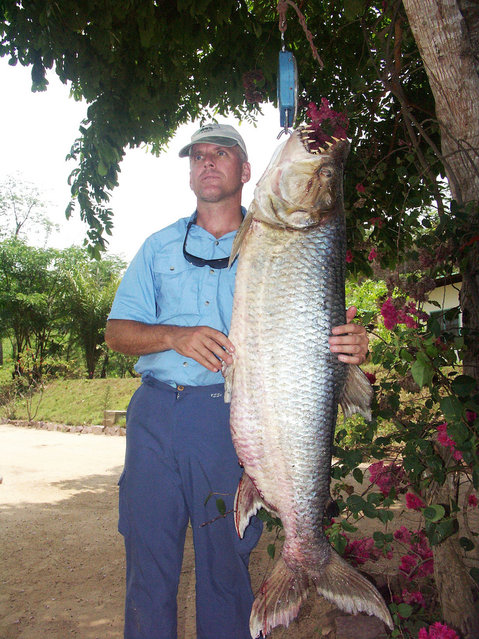 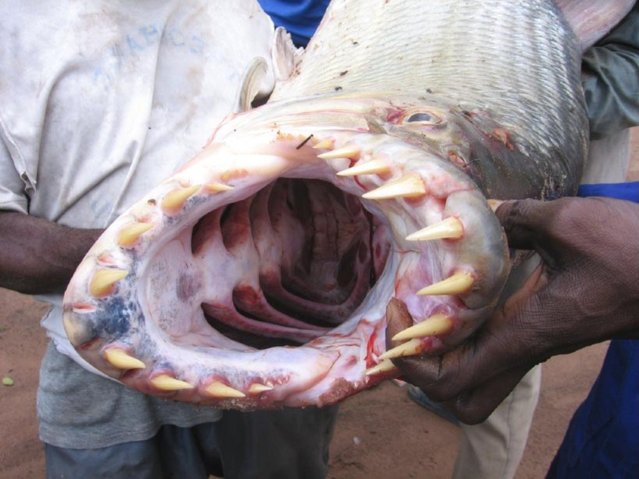 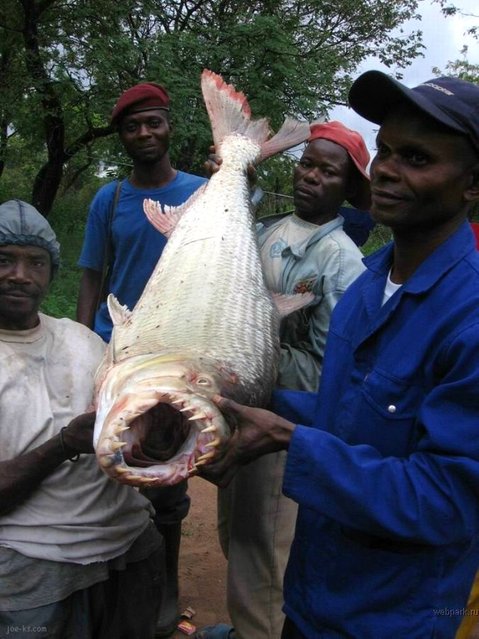 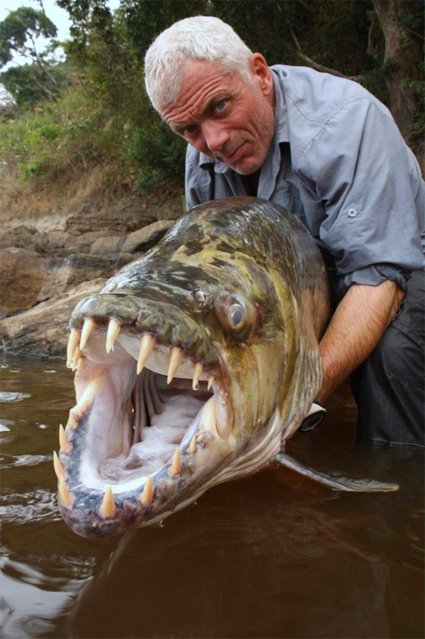