Educative The World's Largest Statue of Chinggis Khaan
The Genghis Khan Statue is a 40-metre tall statue of Ghengis Khan (1162–1227) on horseback, on the bank of the Tuul River at Tsonjin Boldog (54 km east of the capital Ulan Bator), where according to legend, he found a golden whip.

Here, Temujin (Chinggis Khaan's childhood name) becoming the great Khaan who conquered half the world after overcoming difficulties in his childhood when he lost his father, found a whip on the way back from Khereid's Toiril Khaan, where he had gone to ask for help when Mergid had captured his wife in 1117. Finding a whip is perceived by Mongolians as a good omen. Therefore, finding the whip, Chinggis Khan became greedy seeing it as a path being opened to the great cause.

The statue is coverered in 250 tons of stainless steel is symbolically pointed south toward China. It is on top of the Genghis Khan Statue Complex, a visitor centre, itself 10 metres tall, with 36 columns representing the 36 khans from Genghis to Ligdan Khan. It was designed by sculptor D. Erdembileg and architect J. Enkhjargal and erected in 2008.

Visitors walk to the head of the horse through its chest and neck of the horse, where they can have a panoramic view. The main statue area will be surrounded by 200 yurt camps, designed and arranged like the pattern of the horse brand marks that were used by the 13th century Mongol tribes. The cost of the complex is reported to be $4.1 million.

As the Eifel Tower is for the French, the Statue of Liberty for the Americans, the Great Wall for the Chinese, and the Taj Mahal for the Indians, the project initiators wish to turn the Chinggis Khaan statue into an icon of which Mongolia can be proud. Mongolians hope that this complex will provide a new and distinctive image for the Mongolian tourism industry. 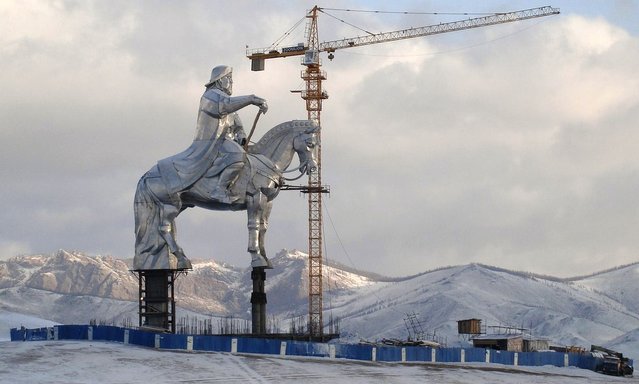 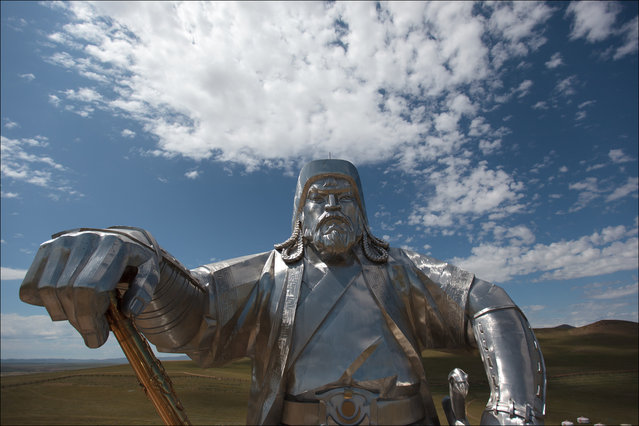 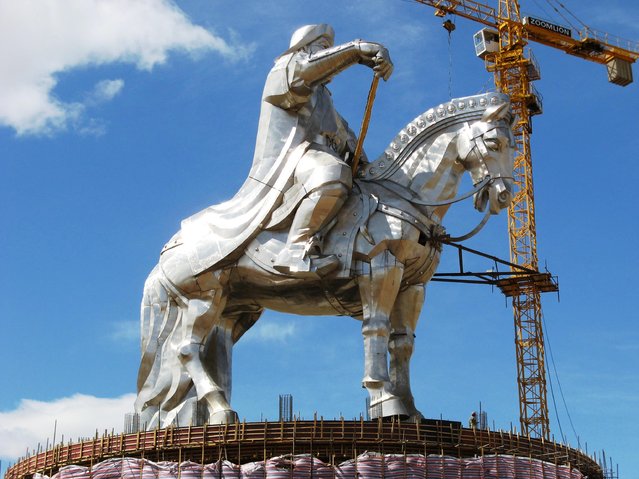 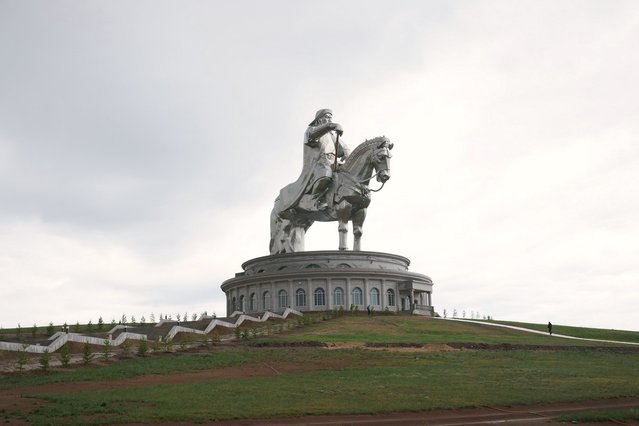 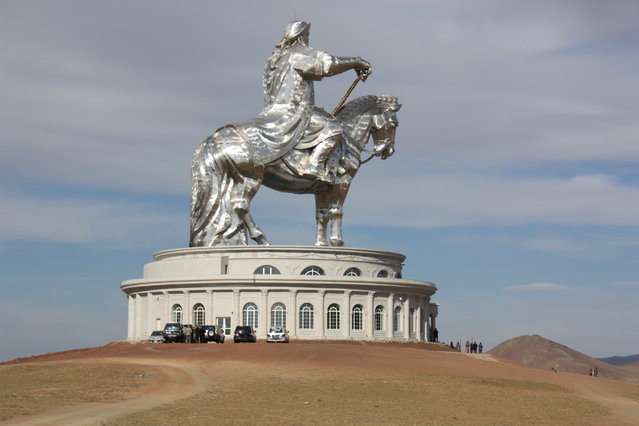 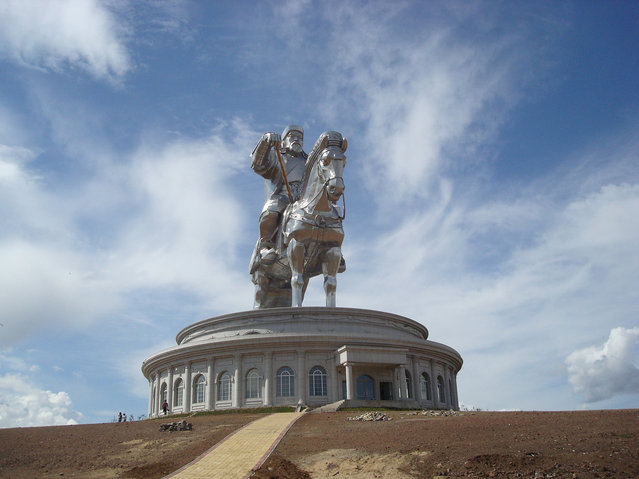 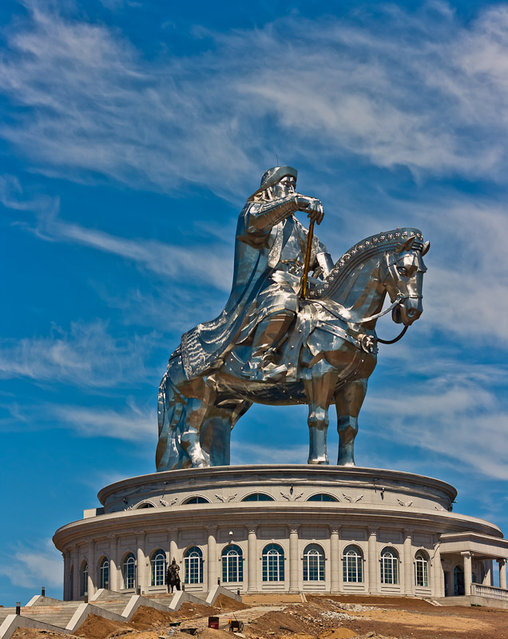 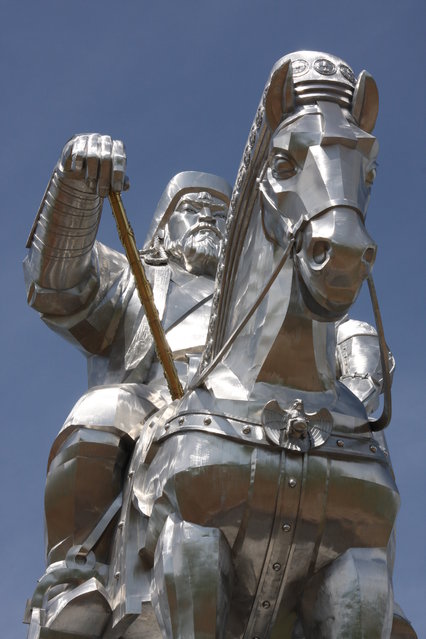 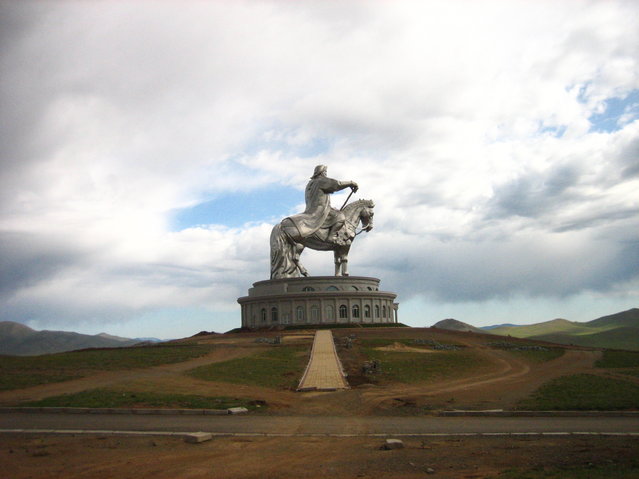 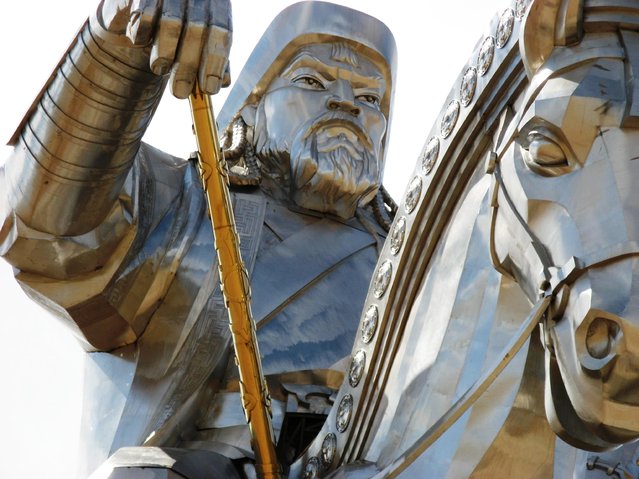 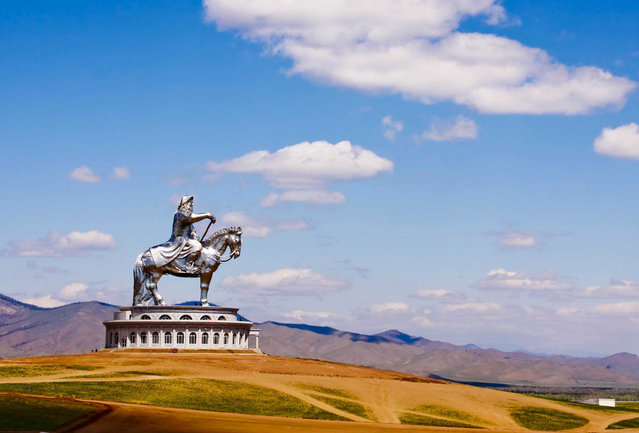