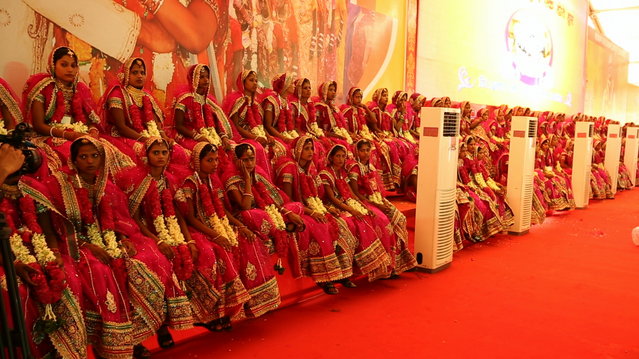 “Narayan SewaSansthan”, Udaipur is engaged in the “Free of Cost” corrective surgeries and rehabilitation of patients suffering from polio (by birth) and in providing “Free of Cost” education and vocational training facilities to the deaf & dumb, blind and mentally retarded children. The Organization arranged a “Free of Cost” Combined Marriage Function at Ramlila Ground New-Delhi on 14th &15th June, 2014 respectively, where 92 young disabled and poor couples were tied in a lifelong knot of marriage. With a view to earn virtue of becoming religious parents of the brides and bridegrooms, kind hearted people from every corner of the country gathered at Ramlila Ground. With the utterance of “Ganesh Stuti” (prayerofLord Ganesha) and lighting of the lamp on the stage constructed at the center of the Shamiyana, the Founder &Chairman of the Organization, Mr. Kailash “Manav”, its Co – Founder Mrs. Kamla Devi Agrawal, its Directors, Mrs. Vandana Agrawal, Mr.Jagdish Arya,Mr.Devendra Chowbisa, the Delhi Branch President of the Organization, Mr.Jatan Singhand the Incharge of Pritampura Branch of the Organization, Mr. Manak Solanki inaugurated the function with the benevolence of the happy married life of the newly wedded couples.

Grand Marriage Procession
The grand marriage procession of young disabled brides and bridegrooms took off to a great start with a band from Udaseen Ashram, KamlaMarket, Delhi at 8 PM The brides & bridegrooms were seated on the decorated buggies and reached the marriage venue at Ramlila Ground. The marriage procession was accompanied by the family members of the young physically challenged couples, respective sadhaks of the Organization and the “honorable” guests who were dancing with joy. On reaching the marriage venue, the ‘grand procession’ was given a warm welcome with flowers. The brides were made to sit on a special stage while the bridegrooms completed the ‘toran’ formalities at the gate and reached the stage.

Garlanding Ceremony
With the spirit of “you are my support and I am yours” the shamiyana, buzzed with clapping of thousands of people when the brides & bridegrooms garlanded each other. The eyes of the people gathered there filled with tears, with intimacy and affection when some of the young physically challanged couples with the support of crutches, some crippling on their knees while others sitting on the wheelchairs reached near to their predestined life partners. The stage had a “hydraulic stand” for the customary practice of garland ceremony. The couples stood on the hydraulic stand and with the raining of flowers garlanded each other The Director of the Organization Mrs. Vandana Agrawal played the role of a supporter for the brides while the Global President of the Organization Mr. Agrawal stood by the bridegrooms for their support.

Social Harmony
During the combined marriage function, the marriage of a young physically challenged Muslim pair from Sabharkantha, Gujarat, India namely Shafiqa Bano & Mansoor Ali and a Christian pair was solemnized as per their religious customary practices. The “Nikhaah” formalities of the Muslim pair got completed by ‘Qazi Janaab Jaan Mohammad of Nayabaas Mosque., whereas the marriage rites of the Christian pair of Devi Lal Damor and Pramila respectively were performed as per their religious customary practices by Reverent Victor Peter of Stephen Church, Fatehpuri, Delhi. Other young physically challenged Hindu couples, with the utterance of scriptural sacred verses took seven rounds before the holy fire. The Organization made these couples to take a vow for the protection of female feticide and providing education to girls.

90 Altars
90 Altars got prepared at Ramlila Ground. Every “altar” was occupied by a priest and worshipping & fire sacrifice material. “The marriage rites” of all these young physically challenged and poor couples got solemnized in the direction of priest Harish Pandey The respective guardians of brides and the bridegrooms, their parents and their religious parents respectively were also present on the occasion. The customary practice of “Phera” (leading a bride & a bridegroom round the sacred fire) began exactly at 11.15 a.m on 15th June, 2014.

Presence of Pre–Married Couples
During the function, the presence of those couples whose marriage was solemnized in previous “free of cost” combined marriage ceremonies organized by “Narayan Sewa Sansthan” heightened the beauty of the ceremony. Some of these couples attended the function along with their children, too. These couples while narrating the moments of their happy life conveyed “sincere gratitude” to the Organization.

Eyed filled with tears
At the completion of the marriage ceremony, the officials of the Organization, religious parents and the honorable guests blessed the newly wedded couples and saw them off to start a new life. Those emotional moments cannot be described in words. The eyes of every person, present over there, filled with tears, as if, they were departing their own daughter from their house. Every newly wedded couple took the blessings of the Founder & Chairman of the Organization Mr. Kailash “Manav” and left for their respective destinations through the buses as made available to them on behalf of the Organization. The arrangement of the arrival of these young physically challenged and poor couples at Delhi was wholly managed by the Organization itself. A special team comprising sadhaks (religious workers) was also formed on behalf of the Organization for the lodging & boarding facilities of these young physically challenged & poor couples.

The NGO provides a registration service where people apply and meet with prospective spouse who also suffer from disabilities. The organization has been hosting mass weddings in Udaipur since 2004 and has helped 890 couples tie the knot. The NGO also provided the couples. Wedding finery and gave them gift like dinner sets, sewing machines, pressure cookers, jewellery, clothes etc., for more information please visit: http://www.narayanseva.org/donation/donation.html 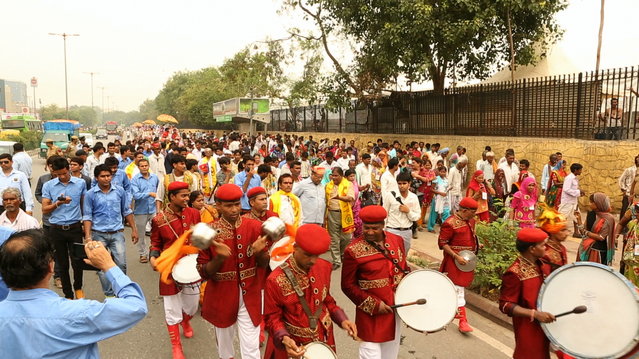 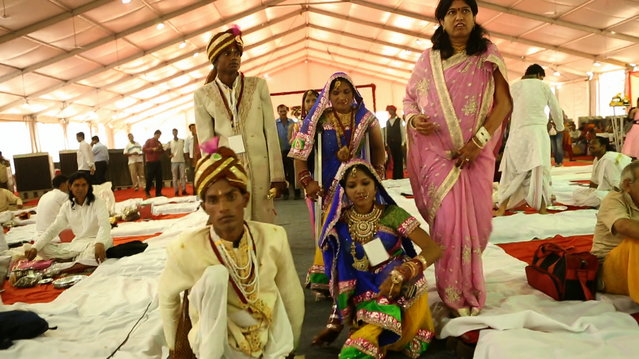 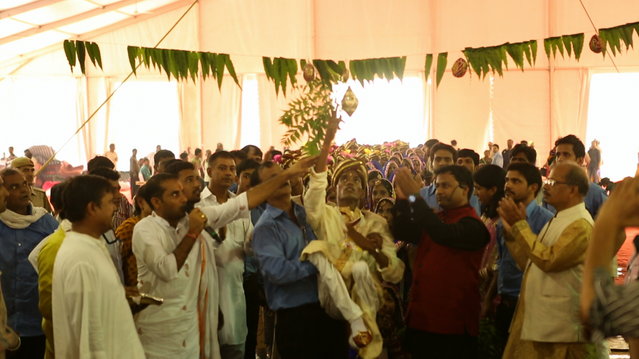 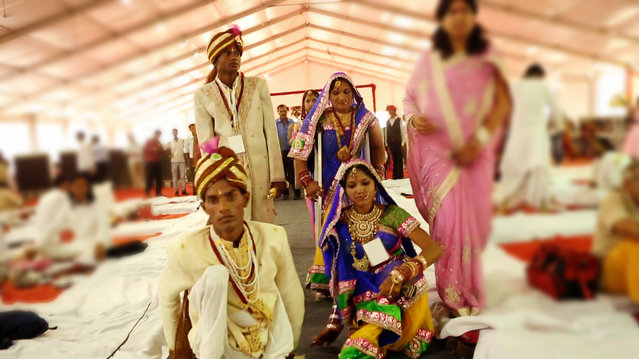 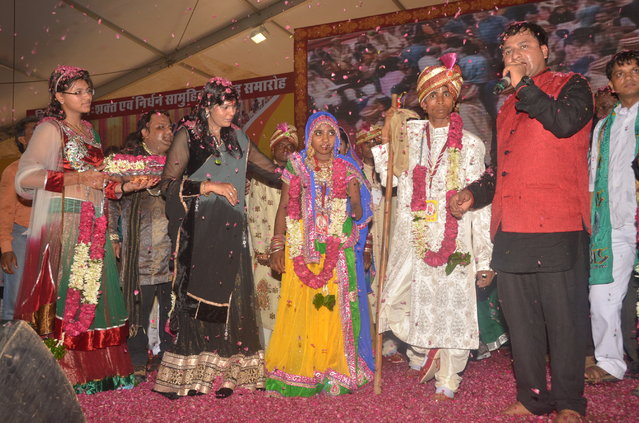 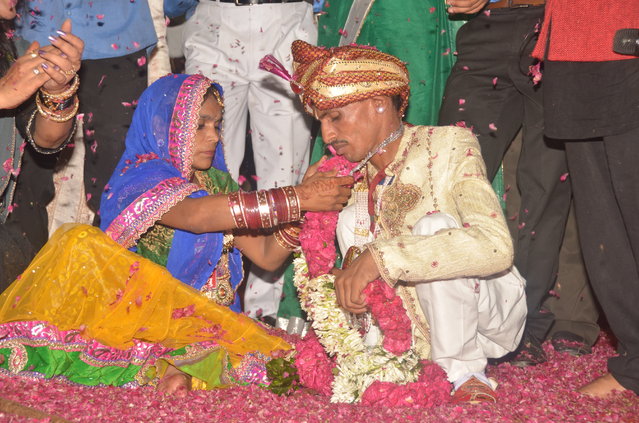 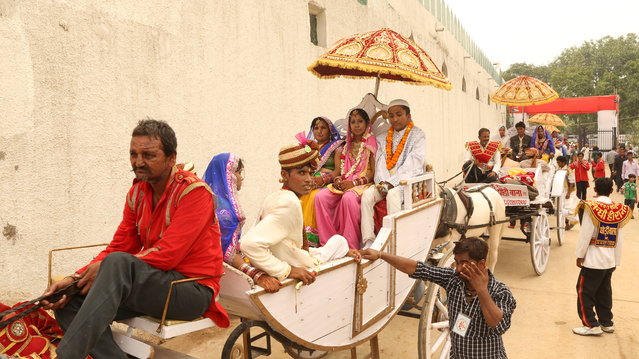 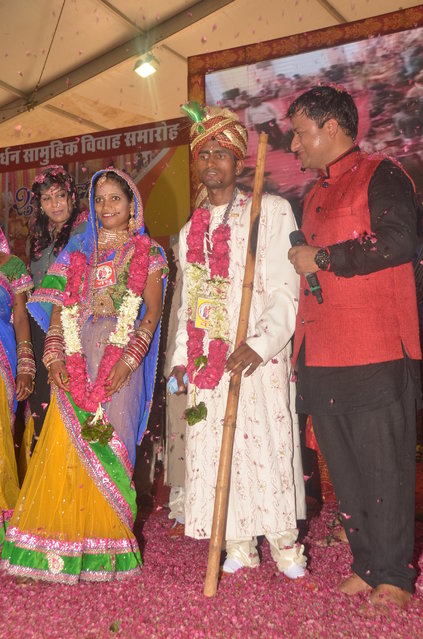 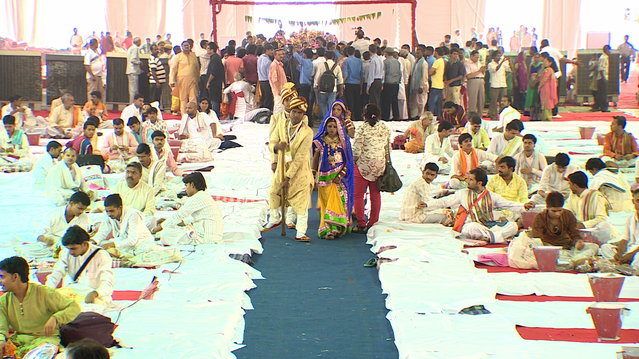 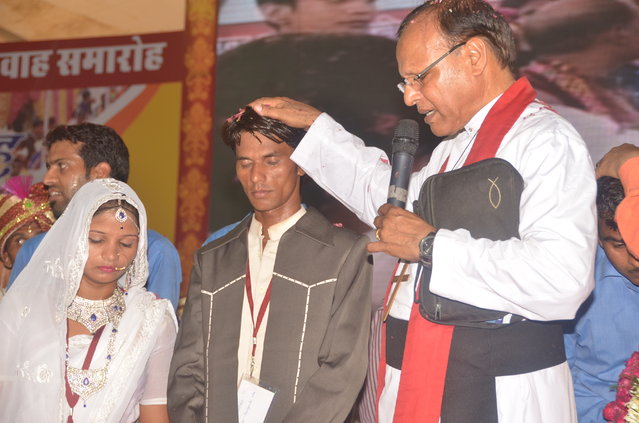 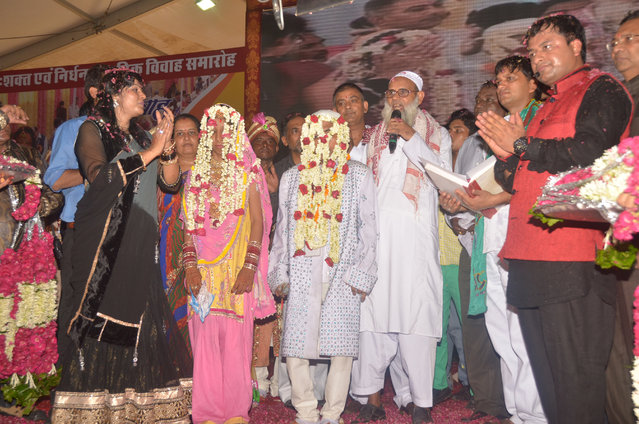 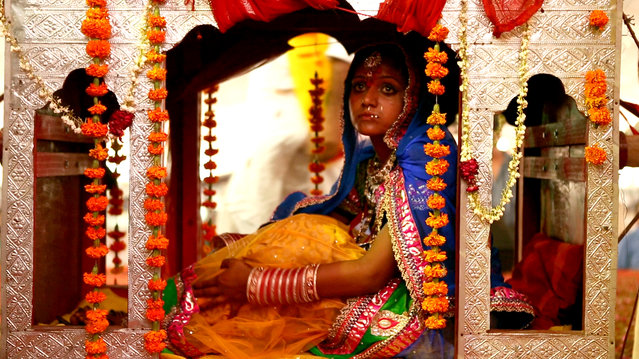