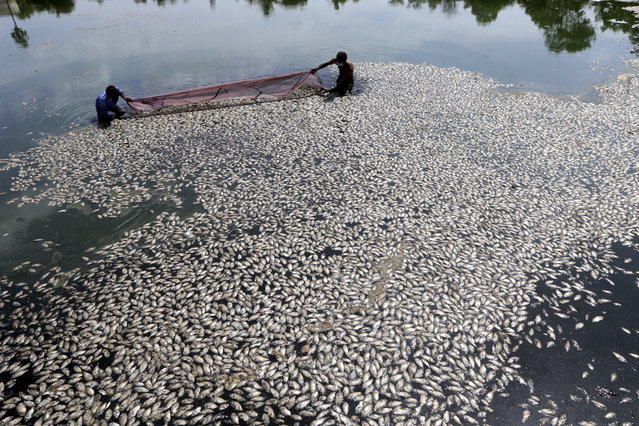 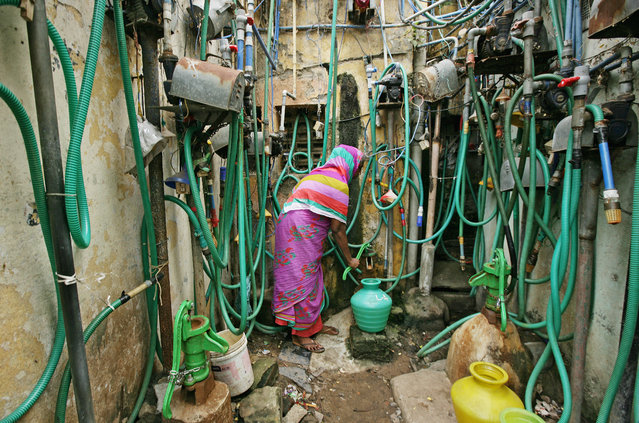 A woman uses a hand pump to fill up a container with drinking water in Chennai, India, June 25, 2019. (Photo by P. Ravikumar/Reuters) 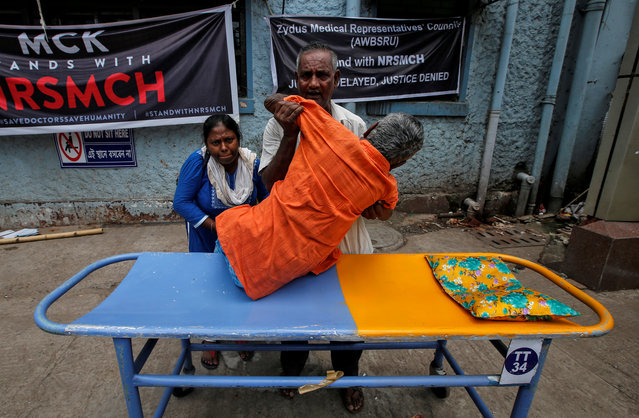 A patient leaves after not getting treatment from at a government hospital during a strike by doctors demanding security after the recent assaults on doctors by the patients' relatives, in Kolkata, India, June 14, 2019. (Photo by Rupak De Chowdhuri/Reuters) 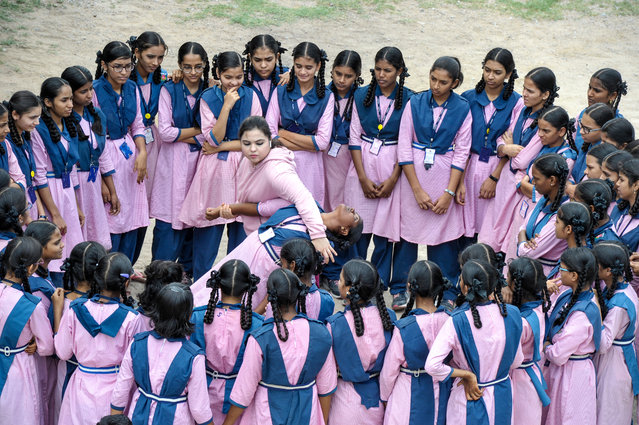 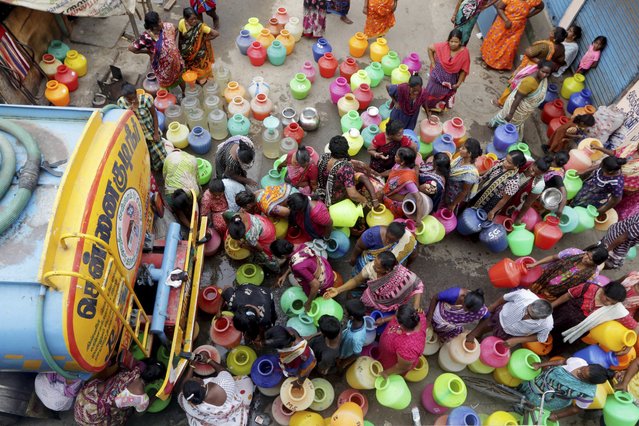 Indiand stand in queues to fill vessels filled with drinking water from a water tanker in Chennai, capital of the southern Indian state of Tamil Nadu, Wednesday, June 19, 2019. Millions of people are turning to water tank trucks in the state as house and hotel taps run dry in an acute water shortage caused by drying lakes and depleted groundwater. Some private companies have asked employees to work from home and several restaurants are closing early and even considering stopping lunch meals if the water scarcity aggravates. (Photo by R. Parthibhan/AP Photo) 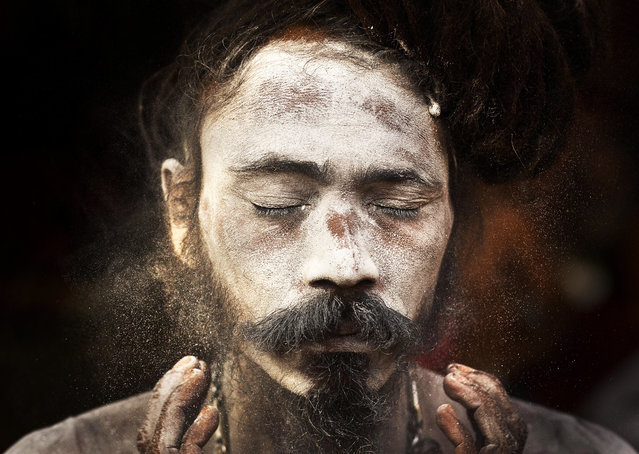 An Indian Sadhu, or Hindu holy man, smears sacred ash on his face at the Kamakhya Hindu temple ahead of the Ambubachi festival in Gauhati, India, Friday, June 21, 2019. The festival is held in celebration of the annual menstrual cycle of the Goddess Shakti at the Kamakhya Temple. the four-day festival will begin Saturday. (Photo by Anupam Nath/AP Photo) 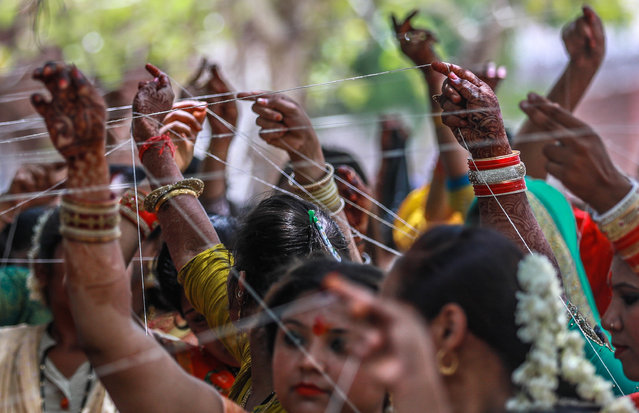 Hindu married women perform rituals around a banyan tree on the holy occasion of the Vat Savitri (also called Vat Purnima) Festival in Ahmedabad, India, 16 June 2019. This day is observed by Hindu married women for the long life of their husbands by having a day-long fast and worship of the Banyan Tree. (Photo by Divyakant Solanki/EPA/EFE) 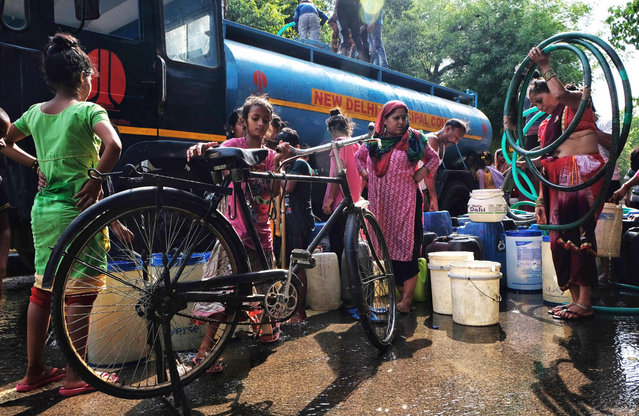 Indian residents fill containers with drinking water from a distribution truck during a hot summer day in the low-income neighborhood of Sanjay camp in New Delhi on June 12, 2019. (Photo by Noemi Cassanelli/AFP Photo) 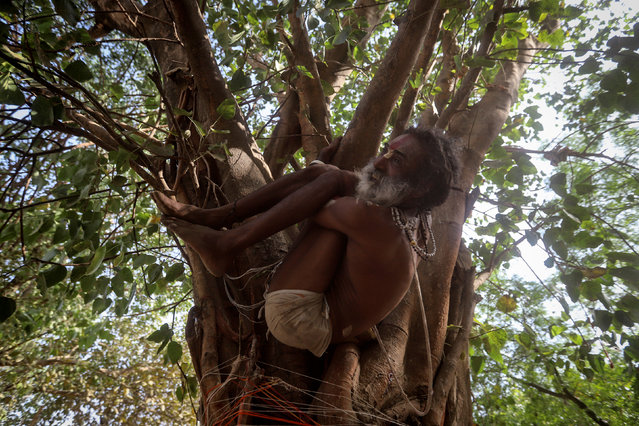 A Sadhu or Hindu holy man performs yoga on a tree ahead of International Yoga Day on the banks of the river Ganges in Prayagraj, India on June 17, 2019. (Photo by Jitendra Prakash/Reuters) 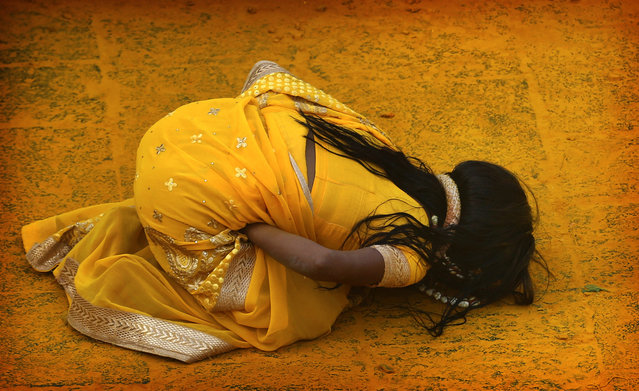 In this Monday, June 3, 2019, photo, a devotee covered in the spice turmeric goes into a trance during the celebration of the Bhandara Festival, or the Festival of Turmeric, at the Jejuri temple in Pune district, Maharashtra state, India. During the festival, devotees use the golden powder to worship the deity Lord Khandoba, widely known as a descendant of the sun, and to celebrate his victory over the demons Mani and Malla. (Photo by Rafiq Maqbool/AP Photo) A family dries up their harvested Rabi crop on the outskirts of Guwahati, India, 24 June 2019. (Photo by EPA/EFE/Stringer) 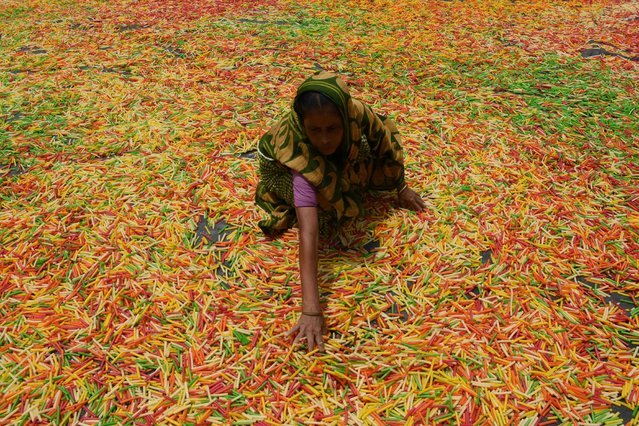 An Indian worker drys “fryums”, a finger shaped food made from seasoned dough, on the outskirts of Agartala on June 18, 2019. (Photo by AFP Photo/Stringer) 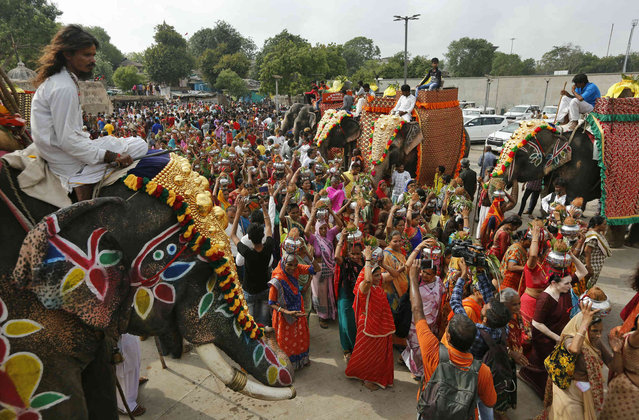 Devotees walk past caparisoned elephants carrying pots on their heads to fill water from the Sabarmati River during the Jal Yatra procession ahead of the annual Rath Yatra or chariot procession of Hindu deity Lord Jagannath in Ahmadabad, India, Monday, June 17, 2019. The water from the Sabarmati river, considered holy by devotees is carried and used for rituals of the idols which are then carried in a procession in specially made chariots during the Rath Yatra or chariot festival scheduled to be celebrated on July 4, 2019. (Photo by Ajit Solanki/AP Photo) 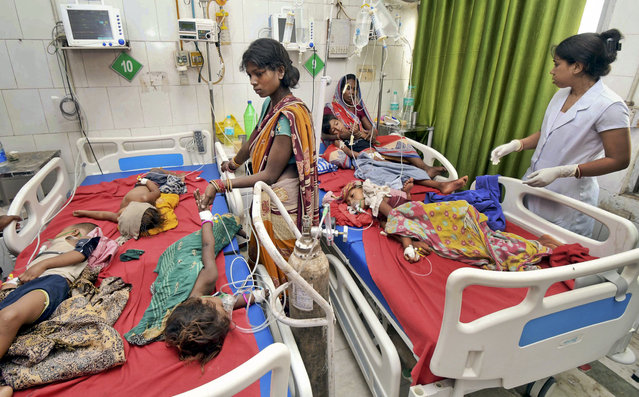 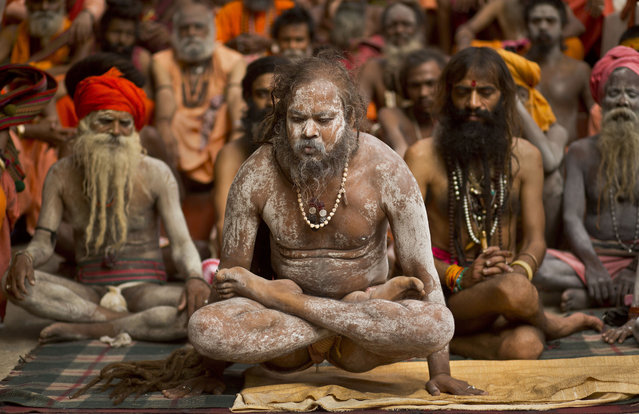 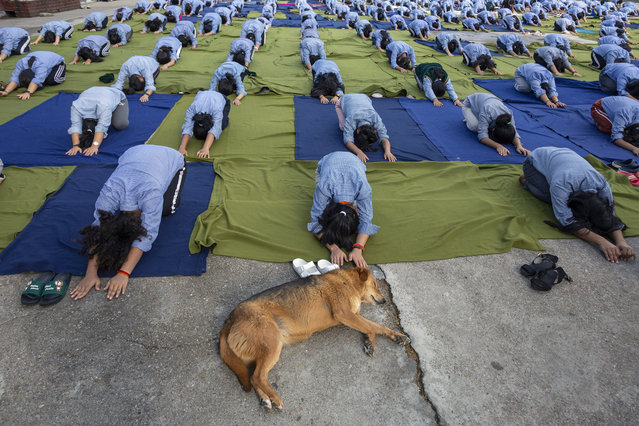 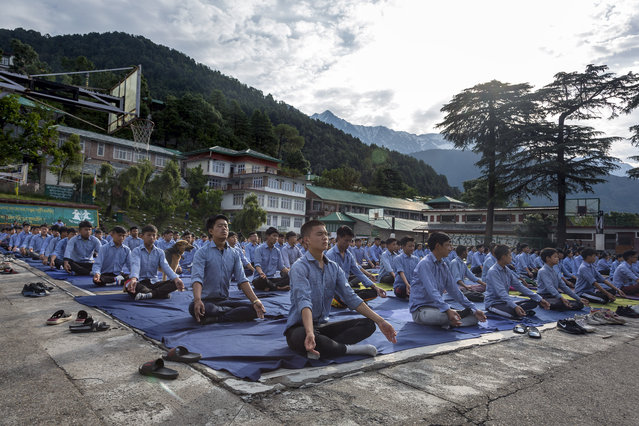 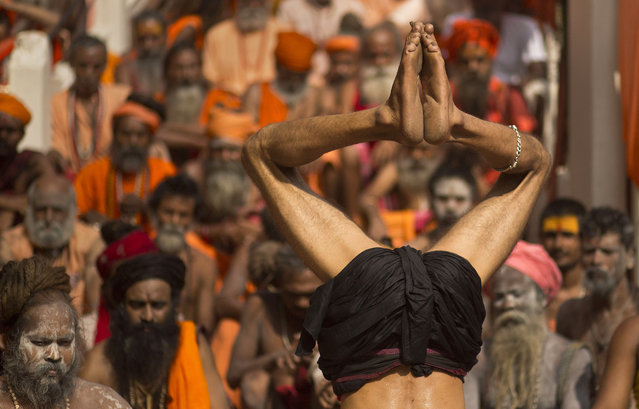 A boy dressed as Hindu goddess Kali asks for alms on a road near the Kamakhya Hindu temple ahead of the Ambubachi festival in Gauhati, India, Friday, June 21, 2019. (Photo by Anupam Nath/AP Photo) 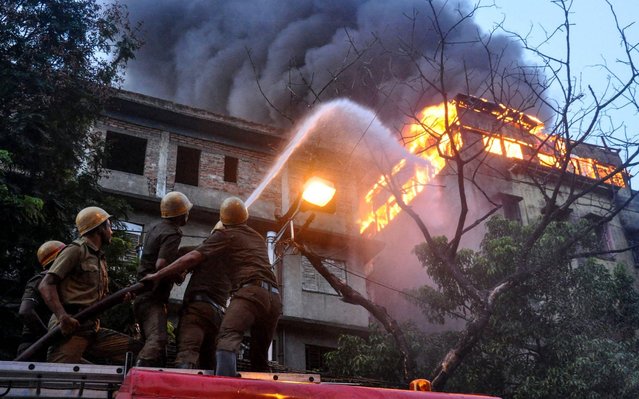 Firefighters hold a hosepipe to douse flames as a fire has broken out in a multi-storey commercial building at Chandni Chowk in Kolkata on June 16, 2019. (Photo by AFP Photo/Stringer)
Edit Del
02 Jul 2019 00:03:00, post received 0 comments
Publication archive:
←   →
Popular tags:
All tags
Last searches: