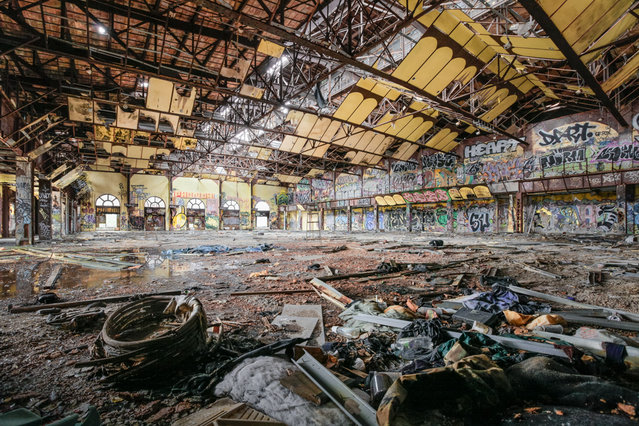 From Manhattan and Brooklyn's trendiest neighborhoods to the far-flung edges of theouter boroughs, Will Ellis has spent the last three years photographing and researching the lost and lonely corners of the United States' most populous city. His photo book Abandoned NYC is packed with 150 color images of sixteen of New York's most beautiful and mysterious abandoned spaces, paired with detailed essays on the fascinating history of these forgotten sites. Here: the Gowanus “Batcave” was the home of a thriving squatter community in the early 2000s. Today it's being renovated into artists' studios and exhibition space. (Photo by Will Ellis) 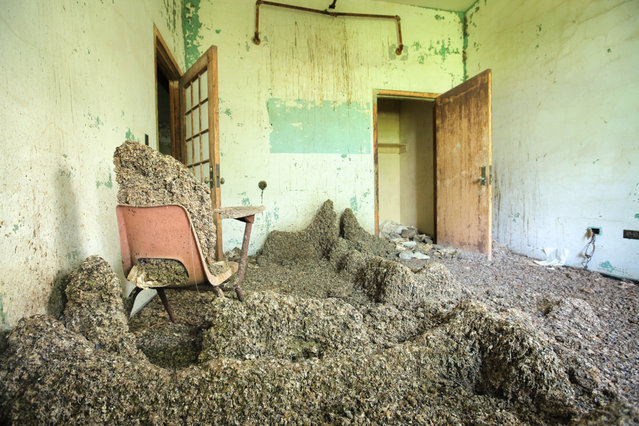 In Queens, a population of pigeons has inhabited an abandoned ward at Creedmoor State Hospital for decades. Dropping stalagmites accrue under popular roosts on the top floor. (Photo by Will Ellis) 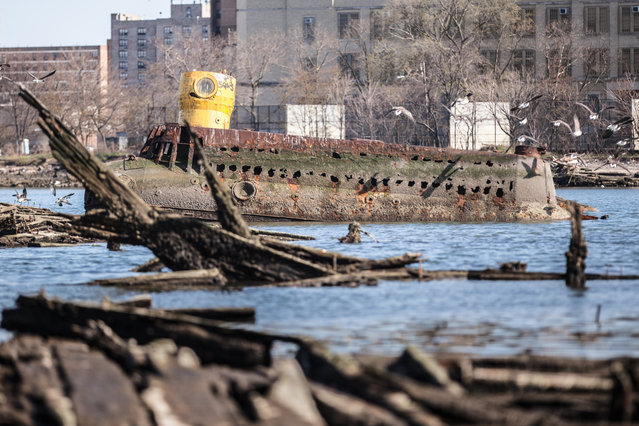 A homemade submarine lies half-submerged in the mud of Coney Island Creek in Brooklyn. The vessel became lodged in the muck shortly after embarking on a failed treasure hunting expedition in the 1970s. (Photo by Will Ellis) 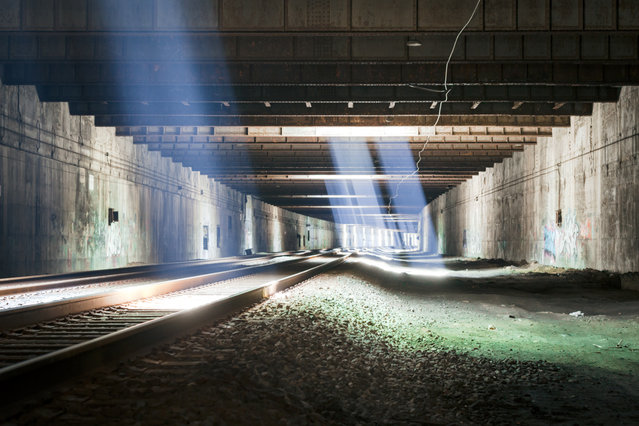 The Freedom Tunnel under Riverside Park once held a vast homeless encampment known as “the mole people”. Amtrak evicted the residents and reactivated the line in the 1990s, but the tunnel remains a mecca for graffiti artists. (Photo by Will Ellis) 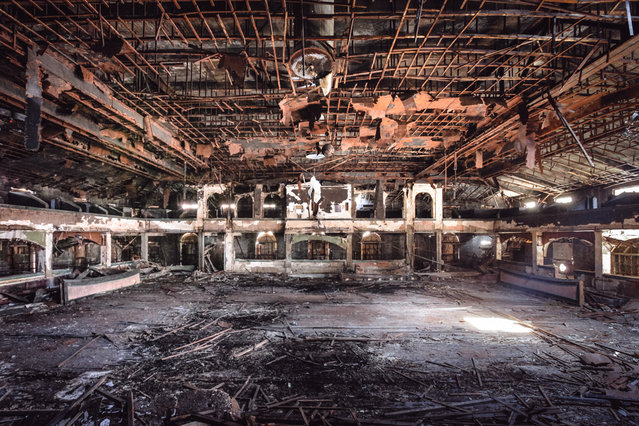 The Harlem Renaissance Ballroom was a notable meeting place for the movement's movers and shakers in the 1920s. It once hosted the greatest jazz perfomers of the age, as well as the nation's first all-black professional basketball team. (Photo by Will Ellis) 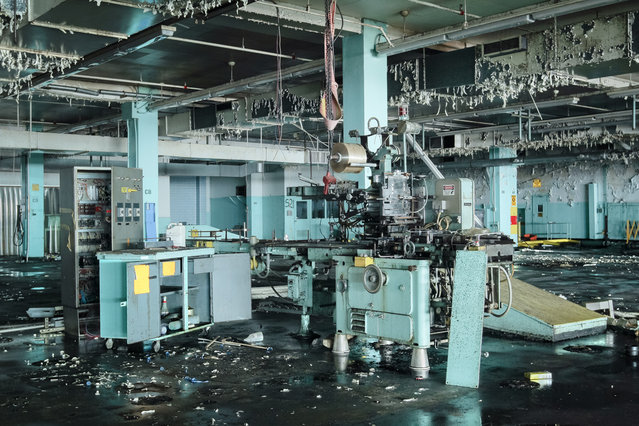 Paint peels in the now-demolished packaging plant of Williamsburg's Domino Sugar Refinery. The factory operated on the Brooklyn waterfront for nearly 150 years before shutting down in the early 2000s. (Photo by Will Ellis) 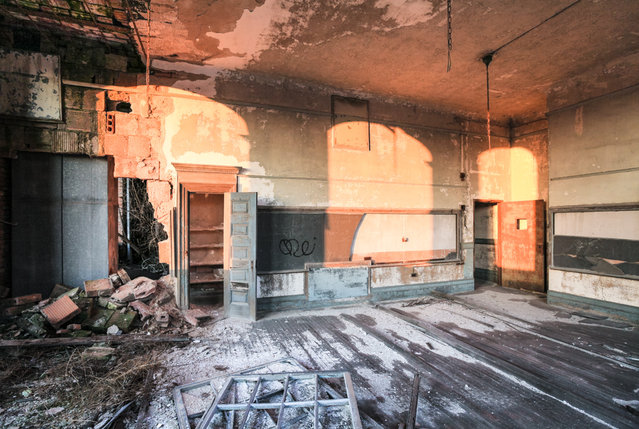 Dawn breaks in a crumbling classroom of P.S. 186 in Harlem. After forty years of neglect, saplings sprout from the upper floors of the school. (Photo by Will Ellis) 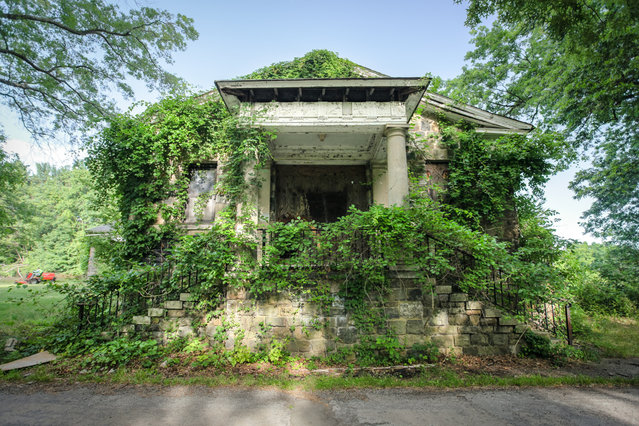 Letchworth Village is located just an hour's drive from NYC in Thiells, NY. It was founded in 1912 to house the city's developmentally disabled as a ”state institution for the epileptic and feeble-minded”. (Photo by Will Ellis) 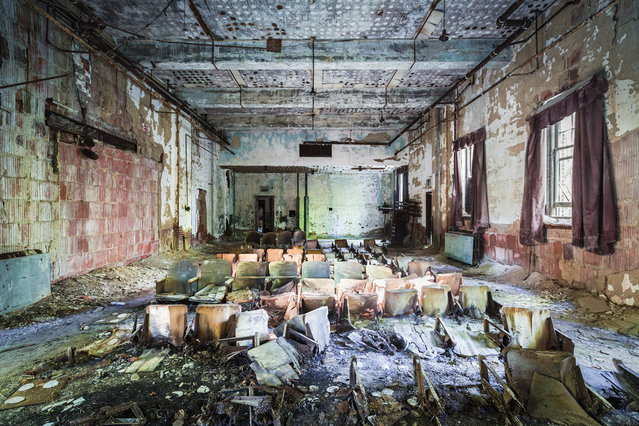 North Brother Island in the Bronx was the site of a historic hospital for contagious diseases. Today, it's designated as a wildlife preserve by the Parks department after being abandoned for half a century. (Photo by Will Ellis) 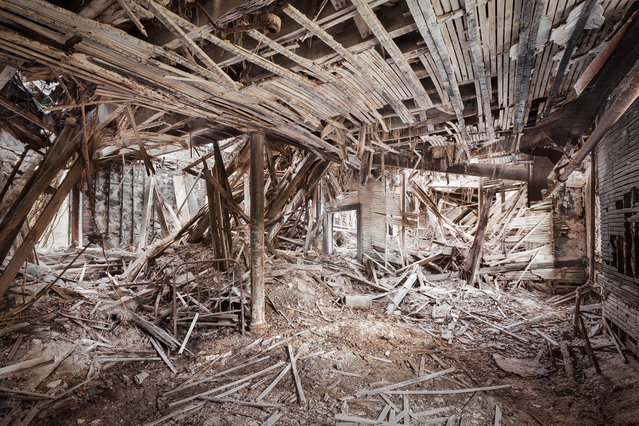 The Staten Island Farm Colony was constructed in the 19th century to house and rehabilitate the city's poor. This was the last room standing in a collapsed dormitory now slated for demolition. (Photo by Will Ellis) 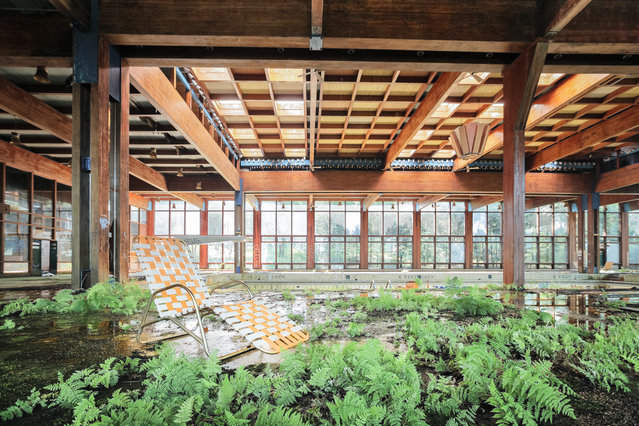 Grossinger's Catskills Resort was once a favored upscale destination for Jewish New Yorkers. A summer at Grossinger's is said to be the inspiration for the movie “Dirty Dancing”. (Photo by Will Ellis) 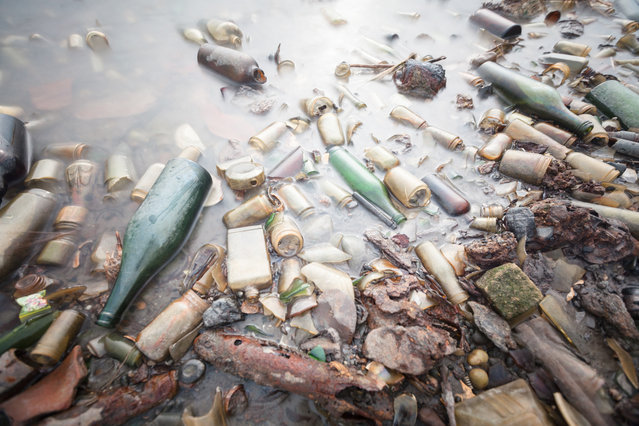