Fact Aerialist Nik Wallenda Attempts To Cross Niagara Falls On A Tightrope
“Daredevil Nik Wallenda became the first person to walk on a tightrope across the Niagara Falls, taking steady, measured steps June 15, 2012 for 1,800 feet across the mist-fogged brink of the roaring falls separating the U.S. and Canada.

“I feel like I'm on cloud nine right now”, an exuberant Wallenda told reporters after accomplishing what he said was his childhood dream before an estimated 112,000 people crowding the shores of both countries and millions more who watched a live television broadcast.

He described wind “coming from every which way”, mist so powerful he had to blink it away to maintain his vision and a breathtaking view during the nighttime walk illuminated by spotlights that “compared to nothing”.

“There was no way to focus on the movement of the cable”, said Wallenda, 33. “If I looked down at the cable there was water moving everywhere. And if I looked up there was heavy mist blowing in front of my face. So it was a very unique, a weird sensation”.

He said he accomplished the feat through “a lot of praying, that's for sure. But, you know, it's all about the concentration, the focus, and the training”.

The seventh-generation member of the famed Flying Wallendas had long dreamed of pulling off the stunt, never before attempted. Other daredevils have wire-walked over the Niagara River but farther downstream and not since 1896.

“This is what dreams are made of, people”, said Wallenda, who wore a microphone for the broadcast, shortly after he stepped off from a platform on the American shore”. – TBO.com (Photo by John Moore/David Duprey/AP Photo) 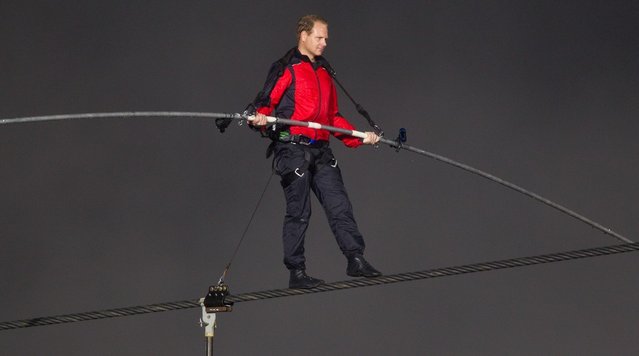 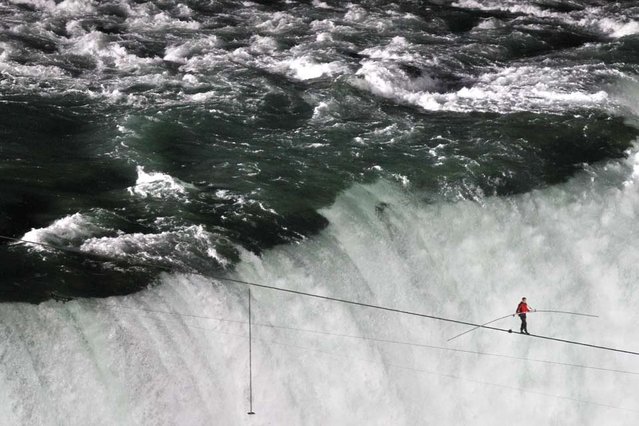 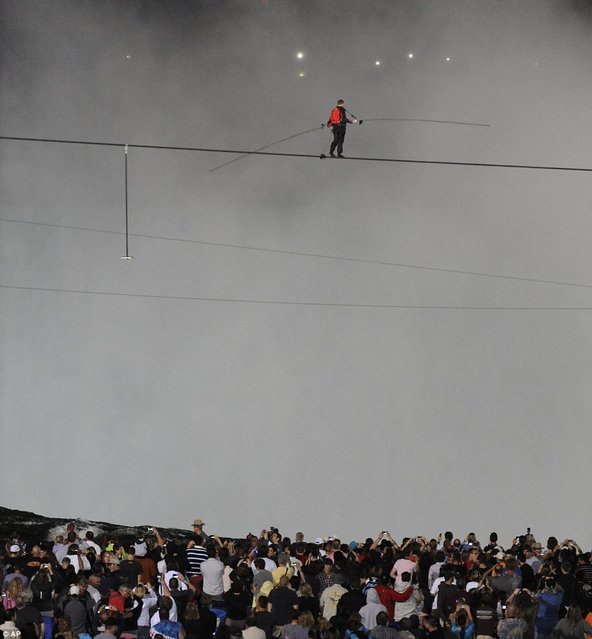 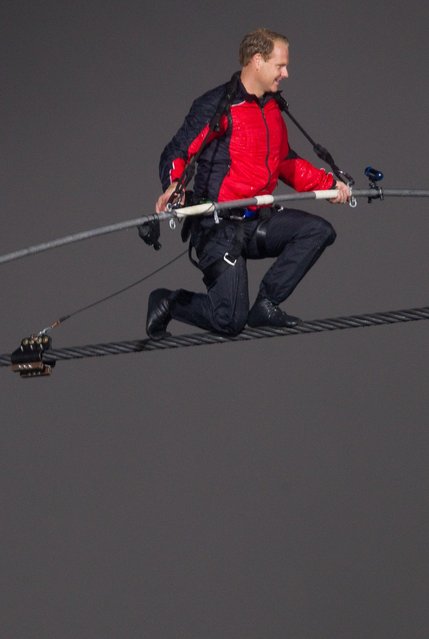 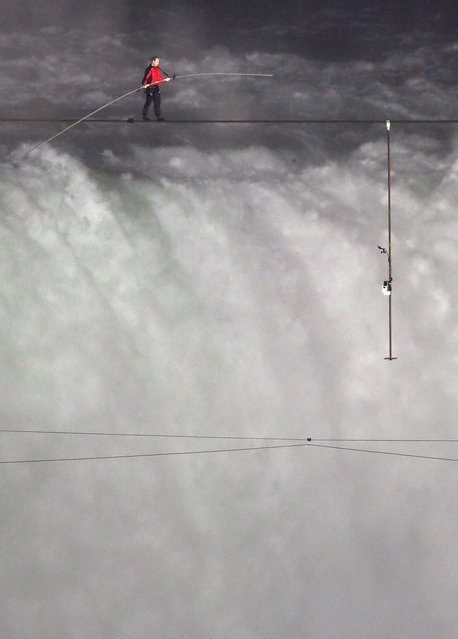 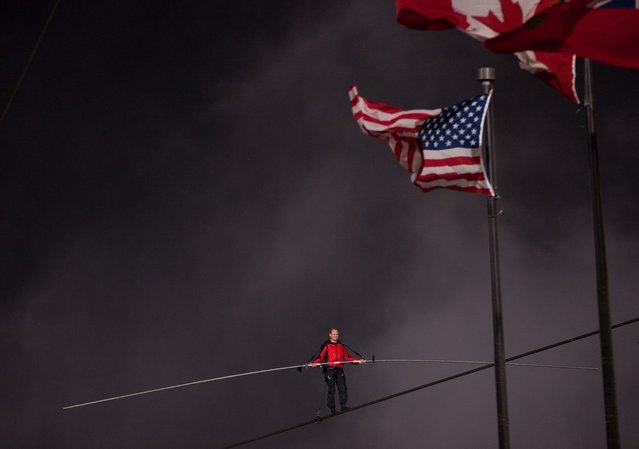 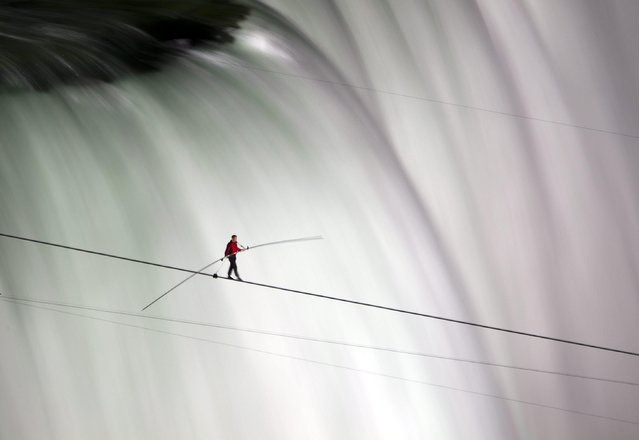 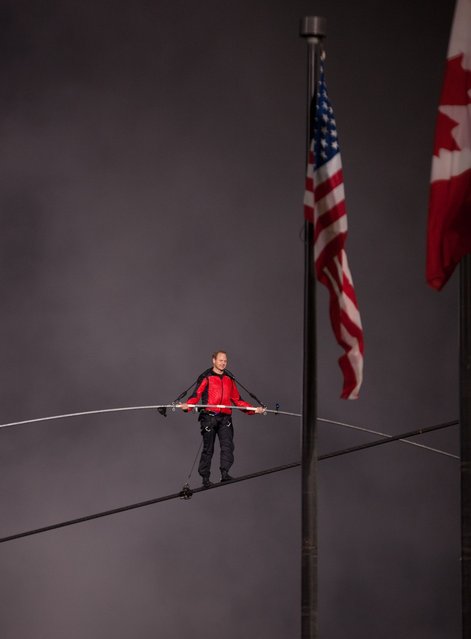 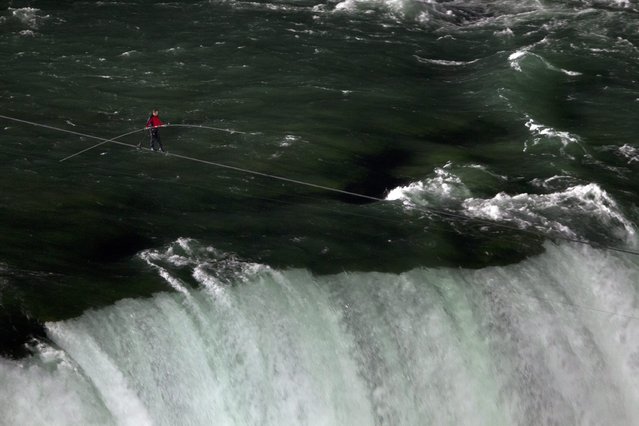 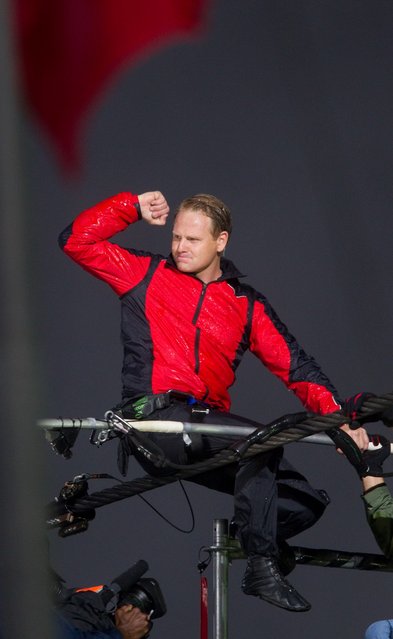