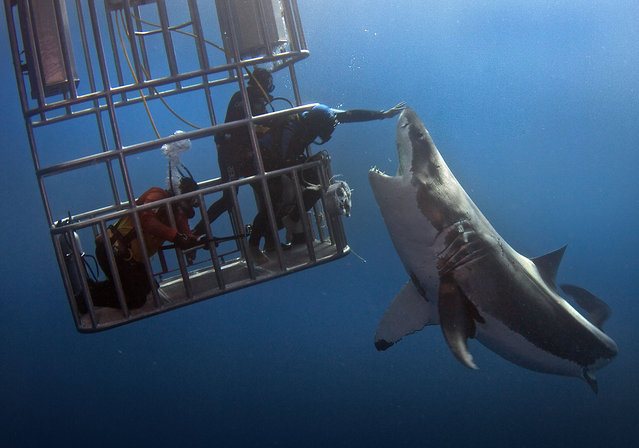 Daredevil divers teasing a great white shark. Great bite, shark! These daredevil divers decided that the sight of a great white shark wasnt thrilling enough, so opted to entice it in with a hunk of bate. The pictures, taken by Dmitry Vasyanovich, 47, from Moscow, Russia, show the divers reeling the ocean monster in before, remarkably, attempting to tap it on the snout. The perilous incident took place off the coast of Guadalupe Island, Mexico. (Photo by Dmitry Vasyanovich/Caters News Agency) 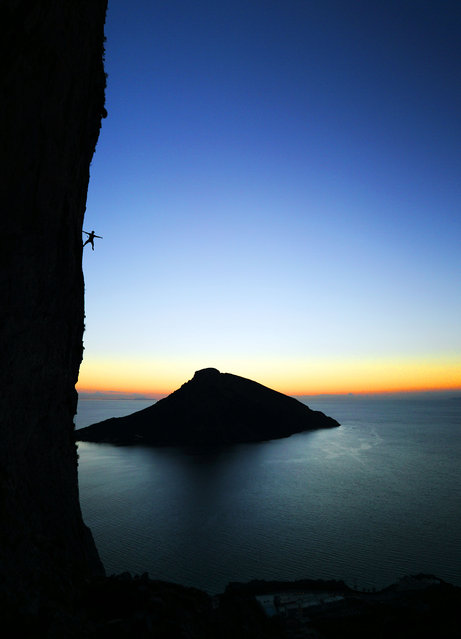 A climber poses on a rock during a climb in Kalymnos, Greece. (Photo by Adam Kokot/Caters News Agency) 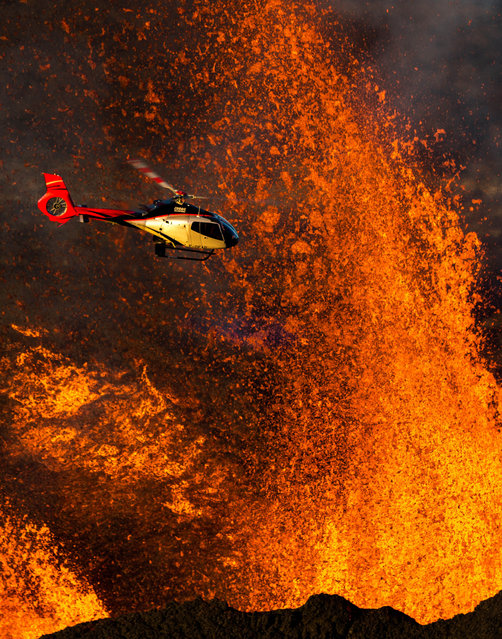 This is the magnificent moment that a daring helicopter pilot took a flight over and erupting volcano. The shots, which show the lava erupting perilously close to the helicopters cockpit, were taken above the Piton de la Fournaise, on Reunion Island. Thanks to the conditions, Lionel Ghighi, from Reunion Island, was able to get a clear view of the helicopter although also felt the heat of the eruption himself at times. Lionel said: The view was amazing and it looked like the lava was erupting just inches away from where the helicopter was flying. (Photo by Lionel Ghighi/Caters News Agency) 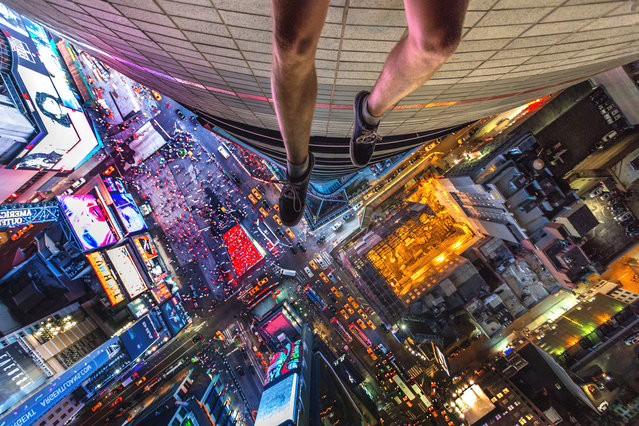 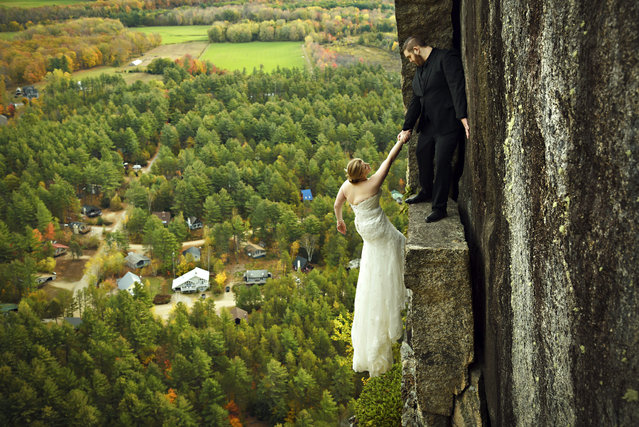 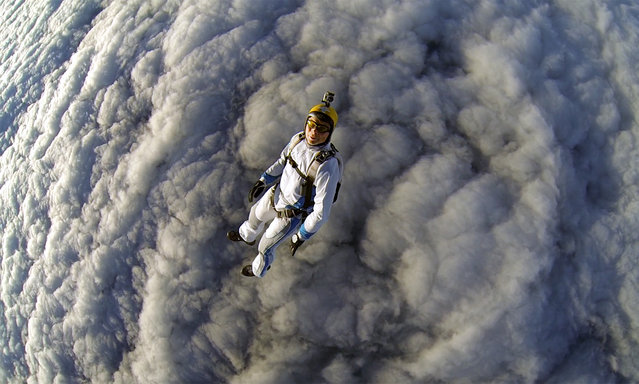 Gleb Vorevodin falling into the fluffy clouds, at the Pushchino airport near the Russian capital Moscow. (Photo by Gleb Vorevodin/Caters News Agency) 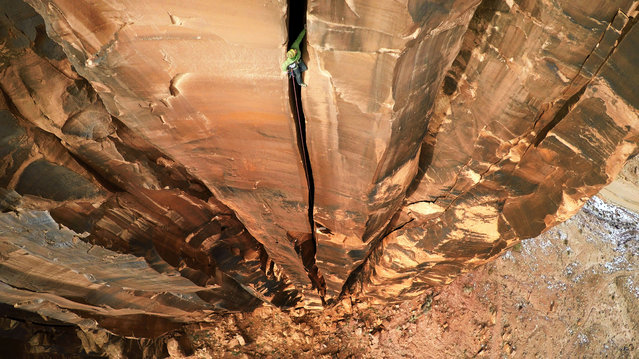 The adrenaline junkie climbing between the rock crack in Utah. (Photo by Max Seigal/Caters News Agency) 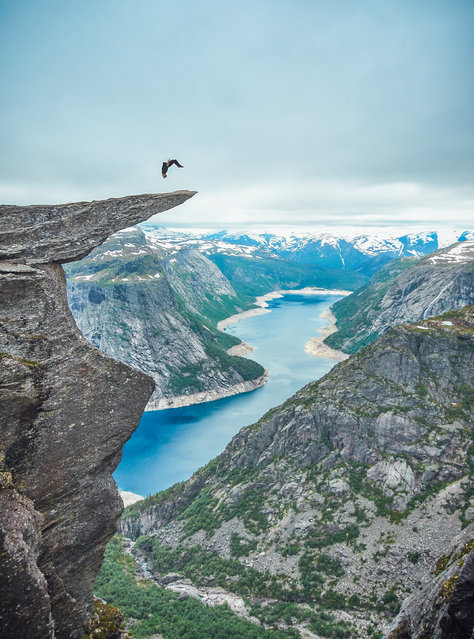 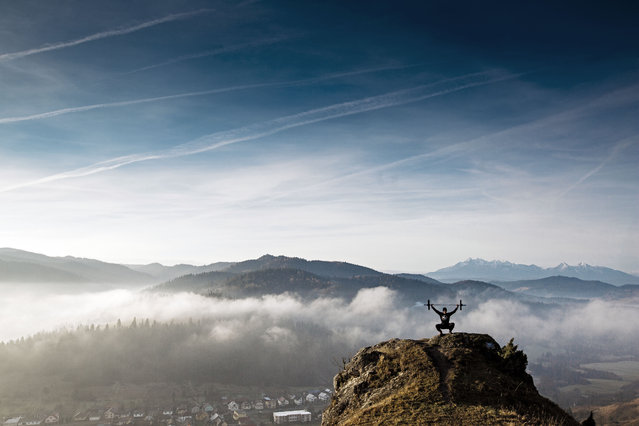 Bartlomiej Kolusz head coach of Percepcja Crossfit is making crossfit exercises on the top of the rock, on the second plan Tatra Mountains. Slovakia. (Photo by Adam Kokot/Caters News Agency) 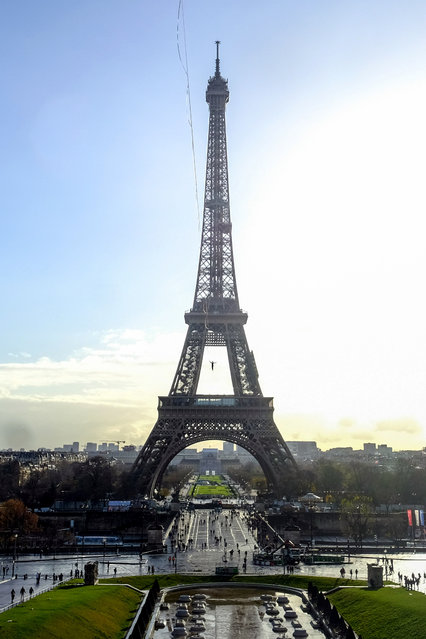 Nathan Paulin of the SDD team, walks an approved highline from the Eiffel Tower to the Trocadero in Paris. the line was 670m long and 70m high. (Photo by Aidan Williams/Caters News Agency) 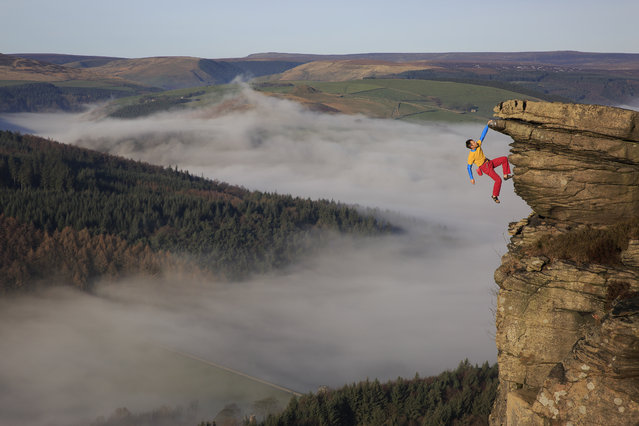 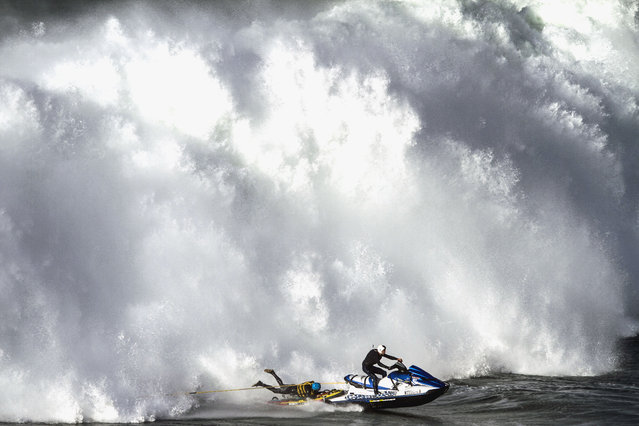 A jet ski pilot and a wakeboarder outrun a gigantic wave that crashes around them in Nazar, Portugal. (Photo by Andre Botelho/Caters News Agency) 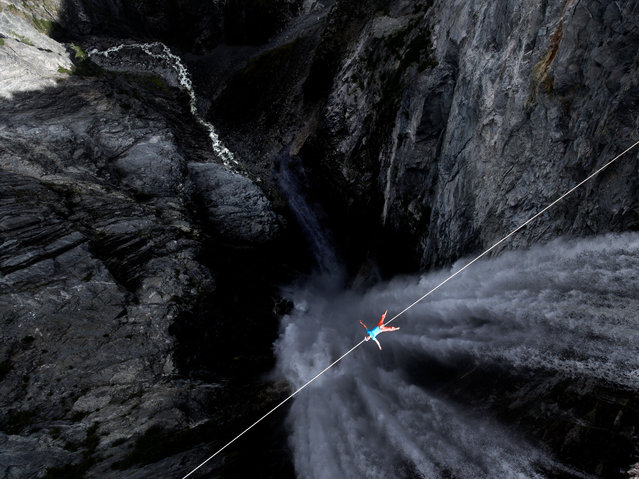 Lukas Irmler lying down on a line across Hunlen Falls. (Photo by Valentin Rapp/Caters News Agency) 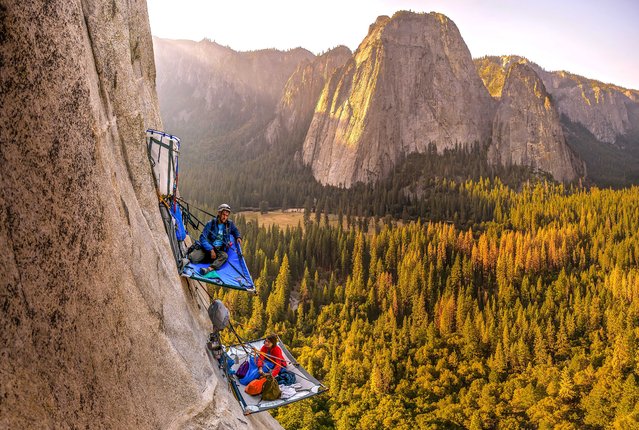 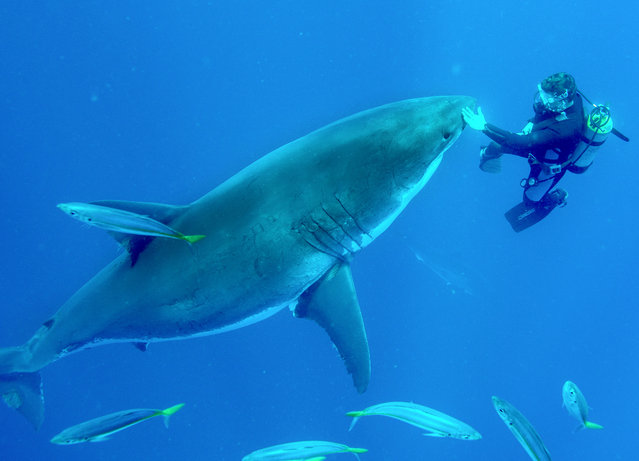 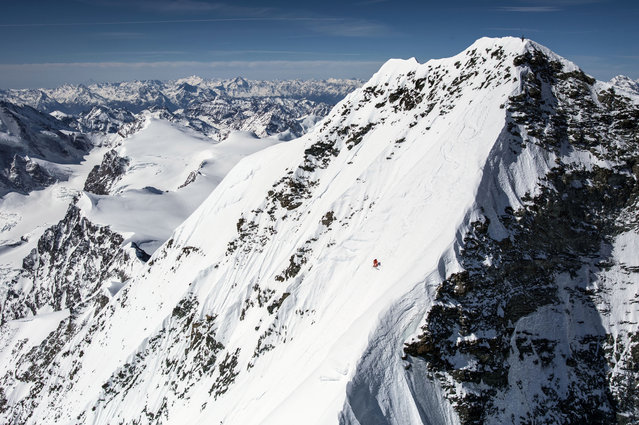 Gilles Sierro, professional Skier is the first ever person to ski down the dreaded sixty degree clifface of the Dent Blanche peak in Switzerland. (Photo by David Carlier/Caters News Agency) 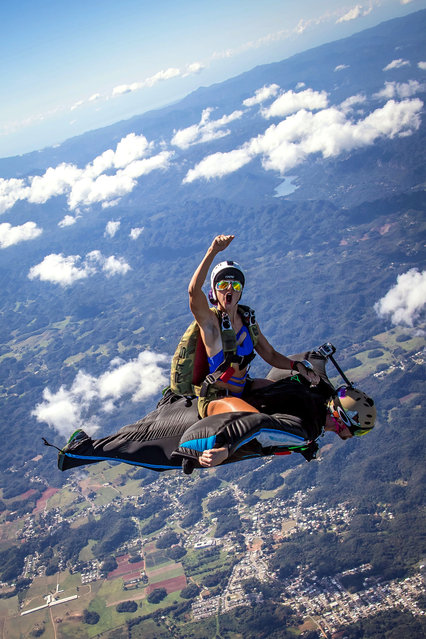 Robyn Young surfs on the back of Oliver Miller as they descend upon Arecibo, Puerto Rico. (Photo by Skwrl Productions/Caters News Agency) 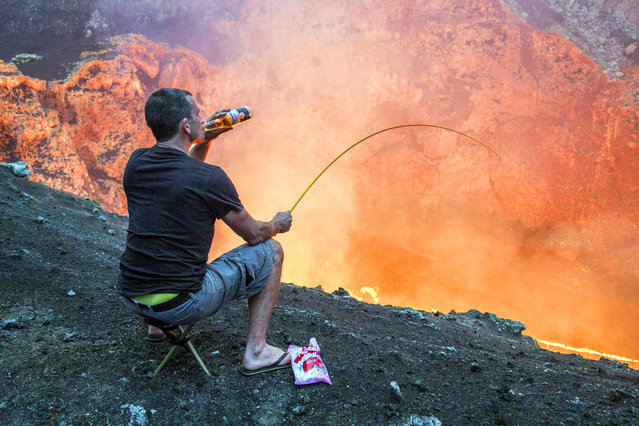 A daredevil has taken roasting on an open fire to a whole new level – heating up his marshmallows over a volcano. Brave Bradley Ambrose filmed colleague Simon Turner as the two descended towards a lava lake inside Marcum Crater in Ambrym, Vanuatu. Simon, from Christchurch, New Zealand, wanted to make the trip more memorable so brought a bottle of beer and some marshmallows to roast. He used a spare tent peg which he took with him on the 400m deep descent towards the lava lake and temperatures of more than 2000F. A seasoned volcano expert, Bradley has made the descent towards the lava lake 12 times in the past – almost three miles of rappelling. (Photo by Bradley Ambrose/Caters News Agency)
Edit Del
12 Feb 2019 00:05:00, post received 0 comments
Publication archive:
←   →
Popular tags:
All tags
Last searches: