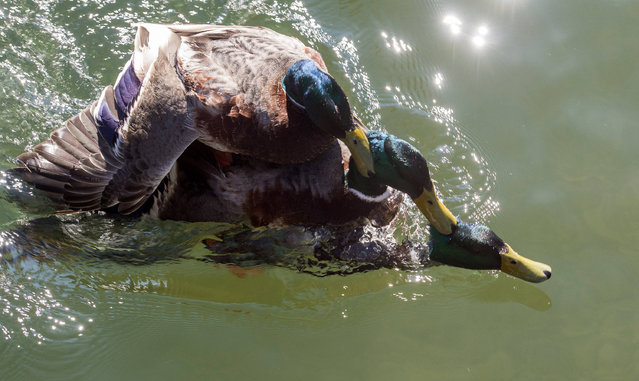 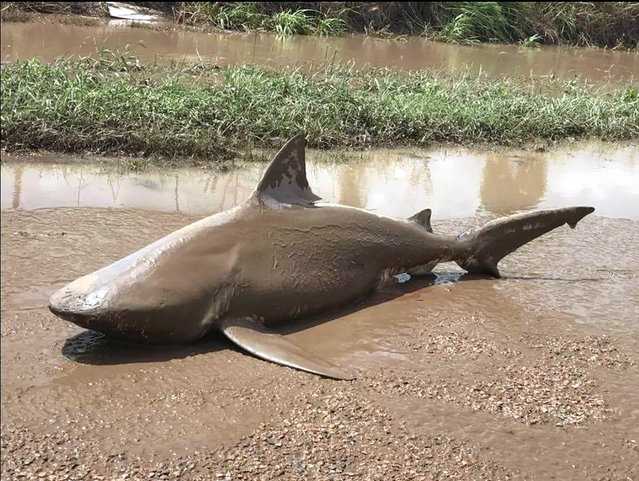 This handout photo from the Queensland Police Service taken on March 30, 2017 shows a bull shark washed up on a road near the town of Ayr. Torrential rain hampered relief efforts on March 30, 2017 after a powerful cyclone wreaked havoc in northeast Australia, with floods sparking emergency rescues as fed-up tourists began evacuating from resort islands. (Photo by AFP Photo/Queensland Police Service) 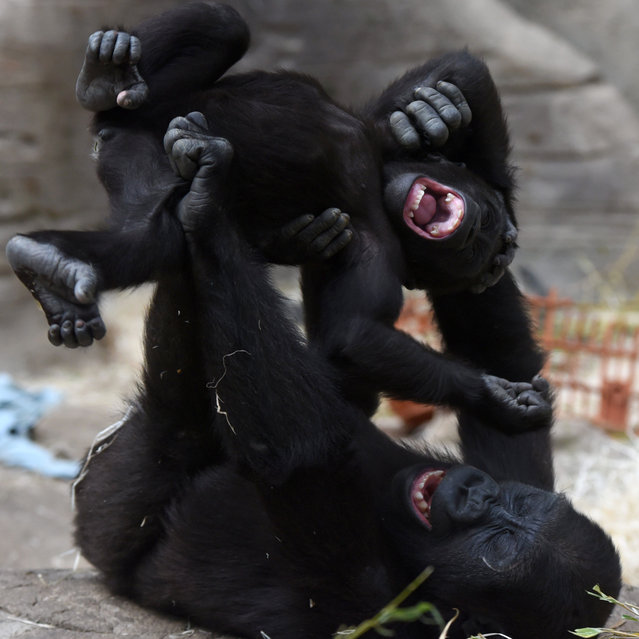 Yamila, a nine-month old western lowland gorilla, is thrown in the air playing with her brother, Gaikain, in their zoo enclosure in Madrid, Spain on March 27, 2017. (Photo by Jorge Sanz García/Pacific Press via ZUMA Wire/Rex Features/Shutterstock) 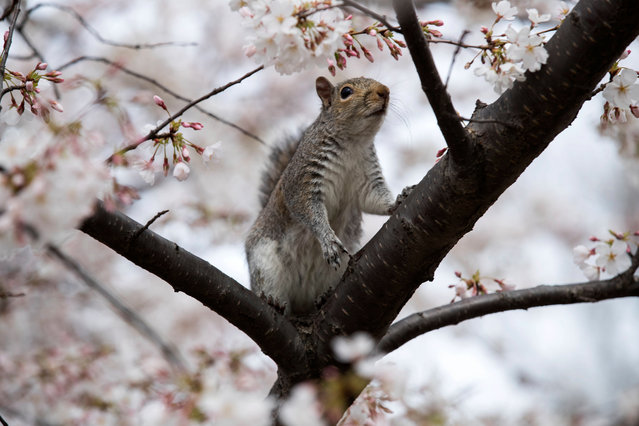 A squirrel sits in a cherry blossom tree at peak bloom at the Tidal Basin in Washington, DC, USA, 25 March 2017. Despite the late season freeze that damaged half of the cherry blossoms people are out in the warm weather to see the annual bloom. (Photo by Shawn Thew/EPA) 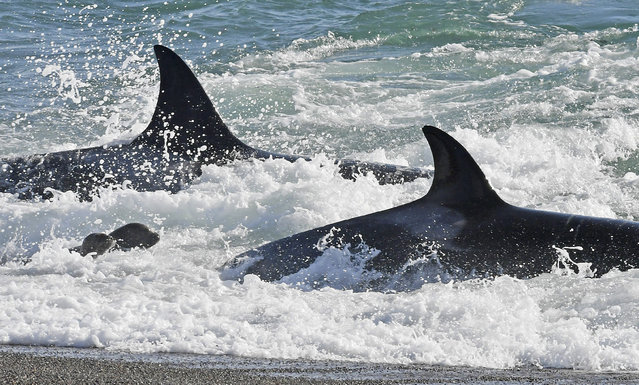 In this March 24, 2017 photo, killer whales prey on a young sea lions, left, in Punta Norte, Argentina. While rarely caught on camera, the predatory ritual occurs annually here in March and April, coinciding with the development of the sea lions when the young cubs are learning to swim. (Photo by Daniel Feldman/AP Photo) 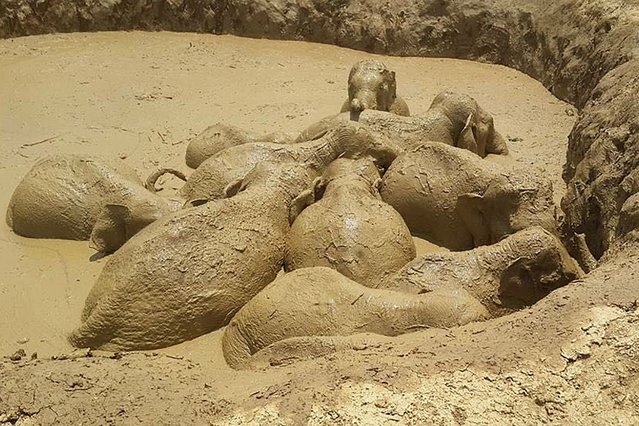 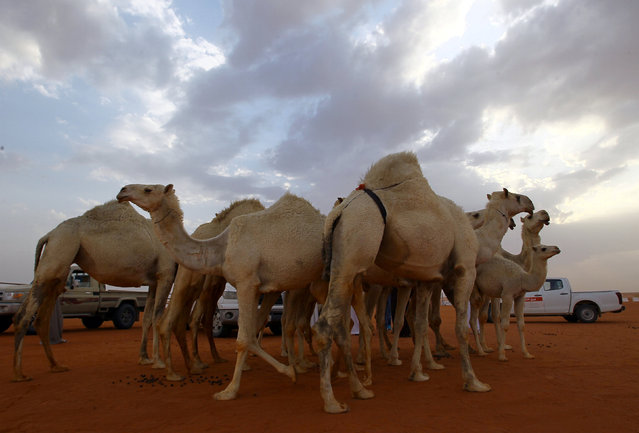 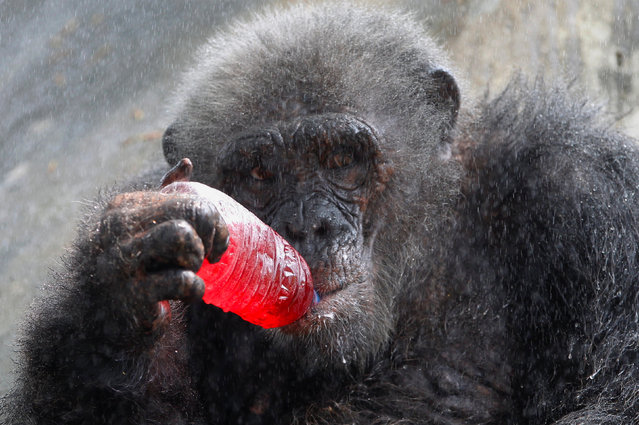 A chimpanzee drinks a sweet refreshment as it is sprayed with water on a hot day at Dusit zoo in Bangkok, Thailand, March 30, 2017. (Photo by Chaiwat Subprasom/Reuters) 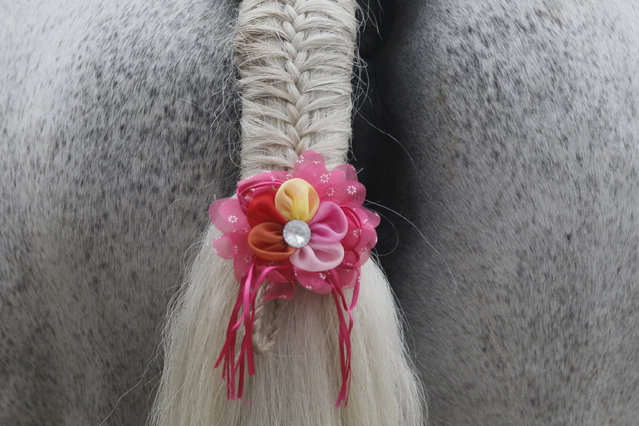 The tail of an army horse is decorated during the Ghode Jatra festival, an annual horse festival in Kathmandu, Nepal, Monday, March 27, 2017. According to legend, the festival is held to celebrate the victory over a demon named Tundi and people believe that the clamor of horses' hooves during the festival keeps the demon's spirit away. (Photo by Niranjan Shrestha/AP Photo) 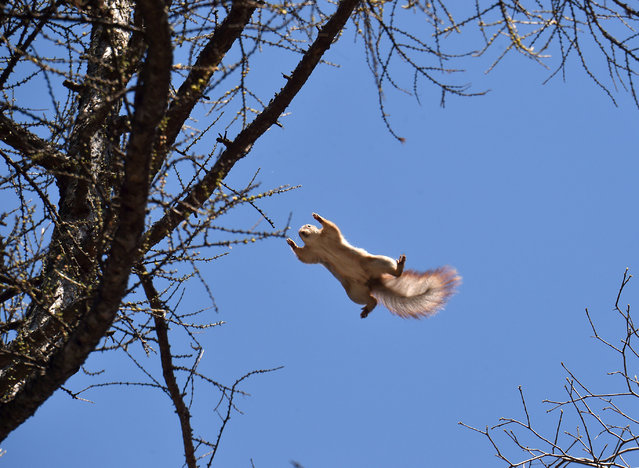 A squirrel jumps on a sunny day on March 30, 2017 in the center of the Ukrainian capital Kiev. (Photo by Sergei Supinsky/AFP Photo) 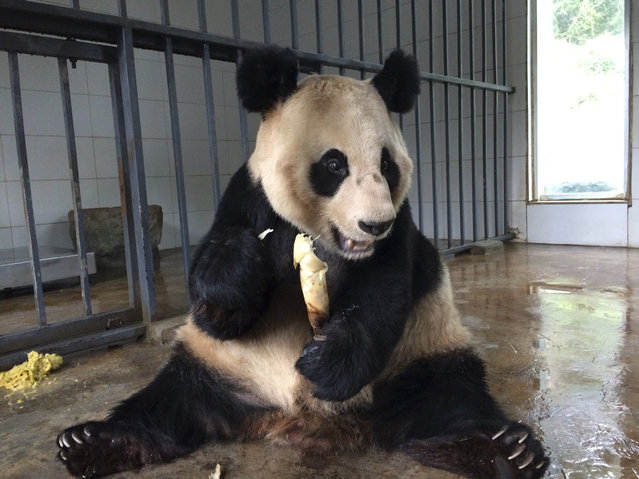 In this photo taken Saturday, March 25, 2017, 24-year-old female Giant Panda named Qiao Yuan eats a bamboo shoot at the China Conservation and Research Center for the Giant Panda Dujiangyan Base in the southwestern province of Sichuan. Failing eyesight, poor digestion, bad teeth, limbs no-longer so limber: With giant pandas in captivity living longer than ever, the list of physical and even emotional needs is growing. (Photo by Helene Franchineau/AP Photo) 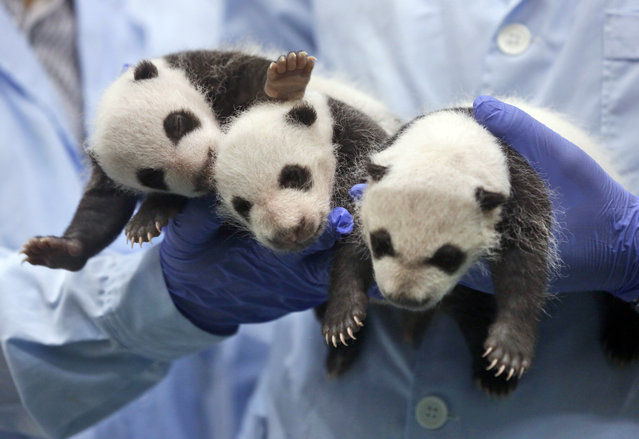 In this August 28, 2014, file photo, one-month-old triplet panda cubs receive body checks at the Chimelong Safari Park in Guangzhou in south China's Guangdong province when China announced the birth of extremely rare panda triplets in another success for the country's artificial breeding program. China is planning to create a preserve for the giant panda that will be three times the size of Yellowstone National Park in the western U.S. The Xinhua News Agency says the panda preserve will incorporate parts of three western provinces to provide an unbroken range for the endangered animals in which they can meet and mate in the interests of enriching their gene pool. (Photo by Kin Cheung/AP Photo) 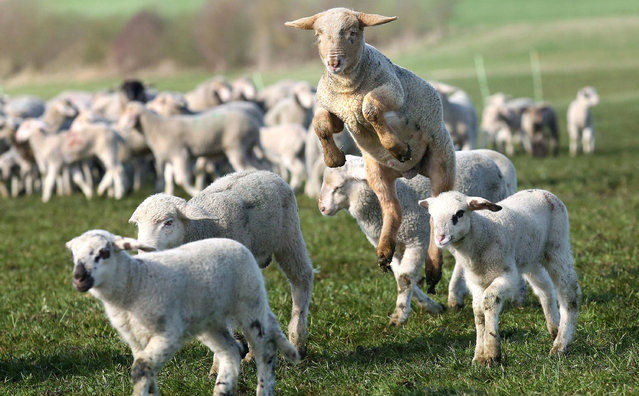 A lamb leaps through the air on a meadow in Bechingen, Germany, 30 March 2017. (Photo by Thomas Warnack/DPA/Bildfunk) 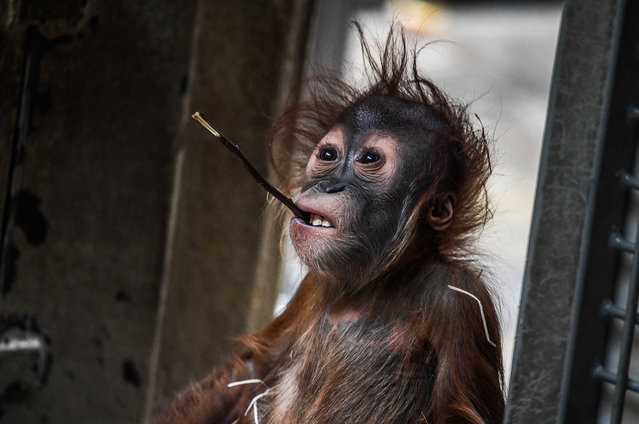 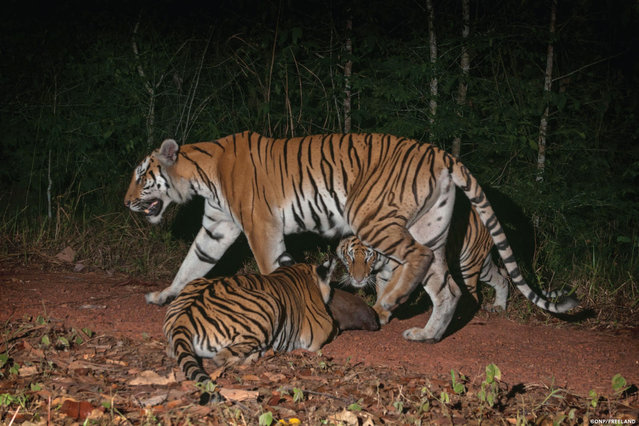 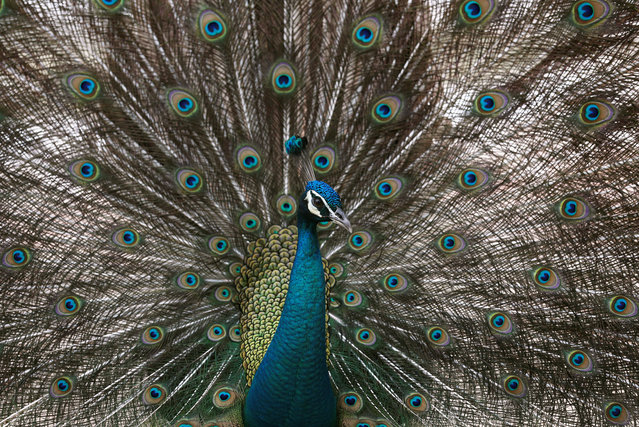 A peacock spreads its feathers at Dusit zoo in Bangkok, Thailand, March 30, 2017. (Photo by Chaiwat Subprasom/Reuters) 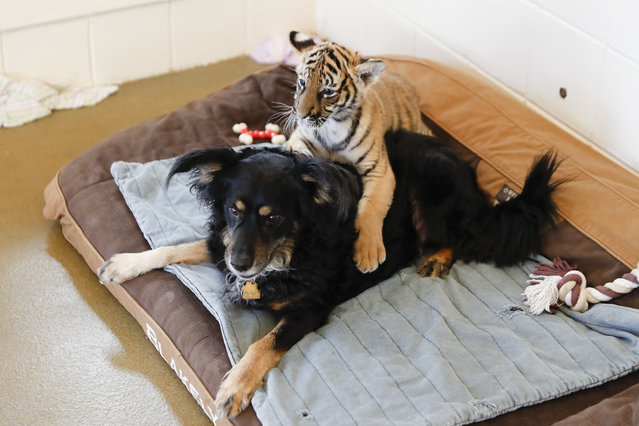