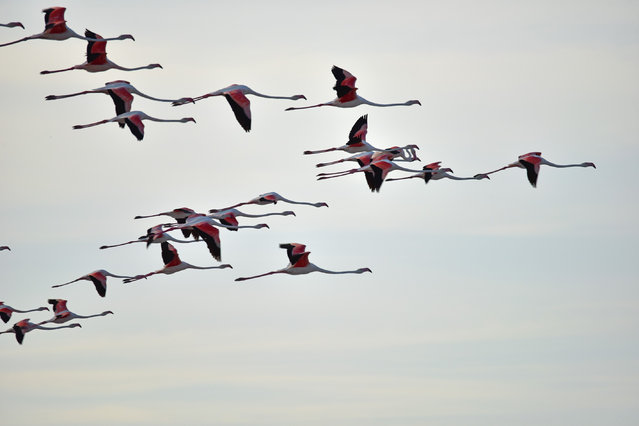 Flamingos fly over the Lake Tuz in Konya province of Turkey on August 16, 2019. Lake Tuz (Salt) hosts the biggest flamingo colony in Turkey and the Mediterranean basin as it is one of the most important center for flamingos to incubate. This year thousands of flamingos hatched. In 2017 flamingo population stood at 11,079, raised to 12,746 in 2018 and 20,381 in 2019. (Photo by Murat Oner Tas/Anadolu Agency via Getty Images) 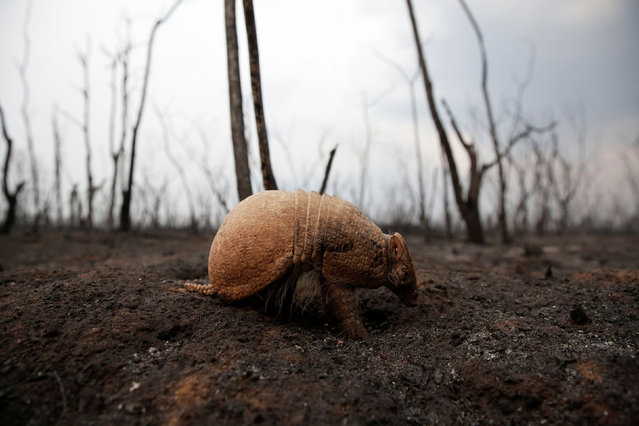 An armadillo, which has been blinded by the heat from a fire according to veterinarian Jerjes Suarez, walks on the grounds of the Guarani Nation Ecological Conservation Area Nembi Guasu in the Charagua region, an area where wildfires have destroyed hectares of forest, Bolivia, August 26, 2019. (Photo by David Mercado/Reuters) 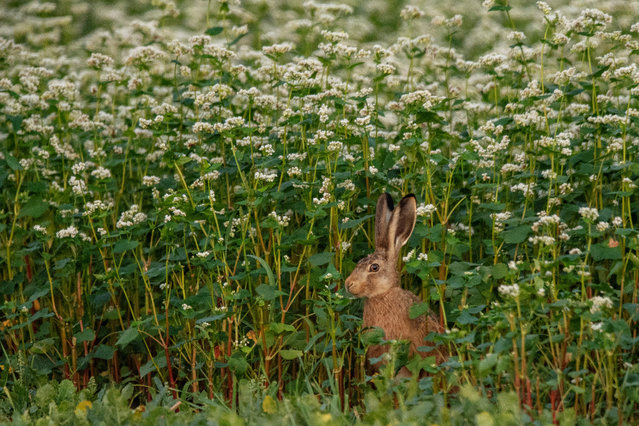 A rabbit sits on a buckwheat field during twilight near Herrnleis, some 50 kilometers northern Austrian capital Vienna, Austria, 28 August​ 2019. (Photo by Christian Bruna/EPA/EFE) 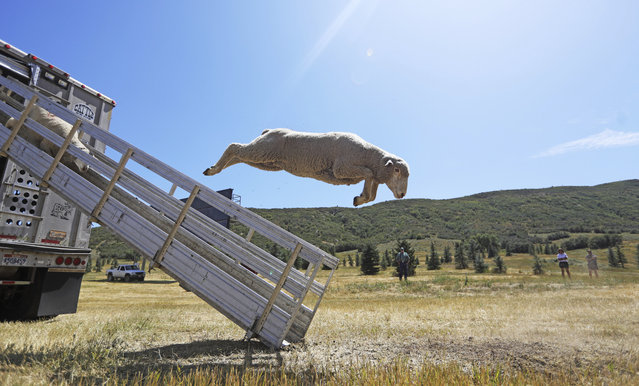 About 300 hundred sheep leap from a truck for this weekend's annual Soldier Hollow Classic Sheepdog Championship Wednesday, August 28, 2019, in Midway, Utah. Handlers will send their dogs to herd sheep, via command, from a hilltop downward, through gates, and eventually into a corral in front of the stands. This year, the 2019 Soldier Hollow Classic will host 34 handlers and 43 dogs representing the United States, Scotland, South Africa, Switzerland, and Canada. This group includes both women and men, and handlers that range in age from those in their 20s to senior citizens. (Photo by Rick Bowmer/AP Photo) 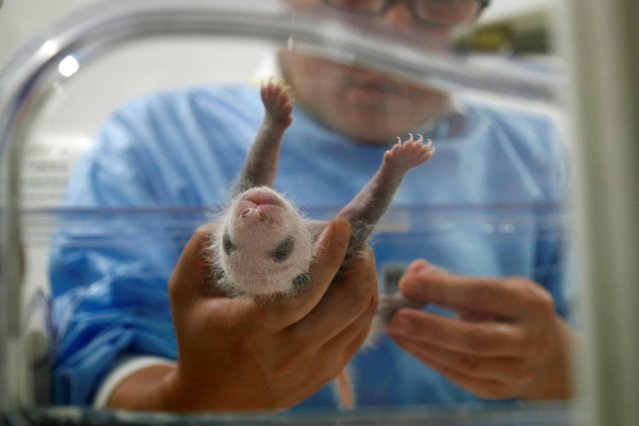 One of the two newborn twin panda cubs is seen in its incubator at Pairi Daiza wildlife park, a zoo and botanical garden in Brugelette, Belgium on August 24, 2019. (Photo by Francois Lenoir/Reuters) 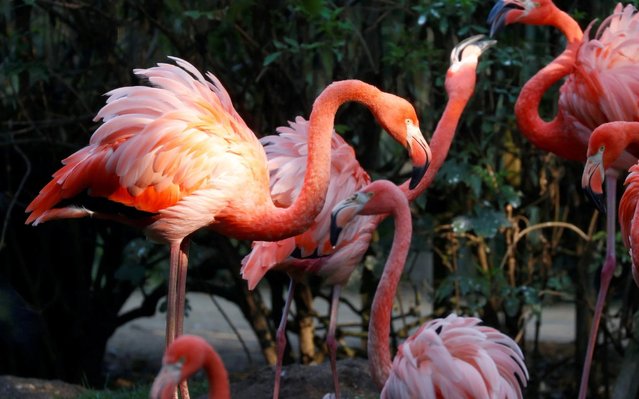 Flamingos are pictured in an enclosure at Pairi Daiza wildlife park, a zoo and botanical garden, in Brugelette, Belgium on August 24, 2019. (Photo by Francois Lenoir/Reuters) 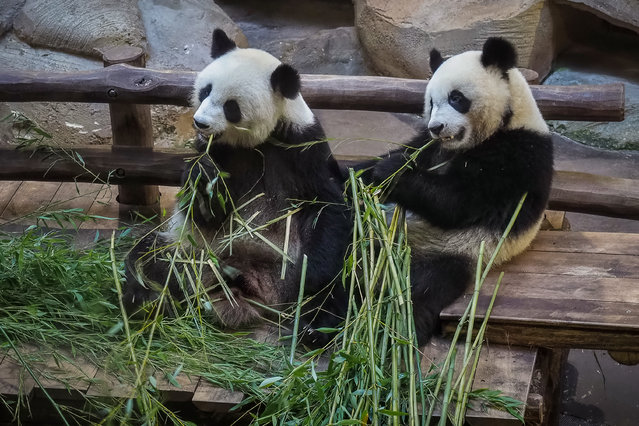 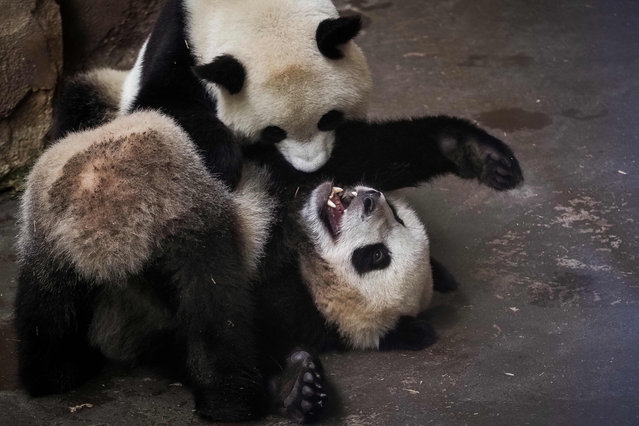 Panda cub Yuan Meng (Bottom) play with its mother Huan Huan in their enclosure at the Zoo de Beauval in Saint-Aignan-sur-Cher, central France on August 26, 2019. (Photo by Guillaume Souvant/AFP Photo) 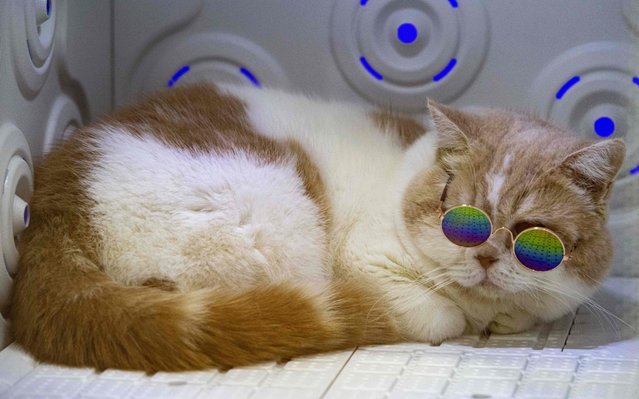