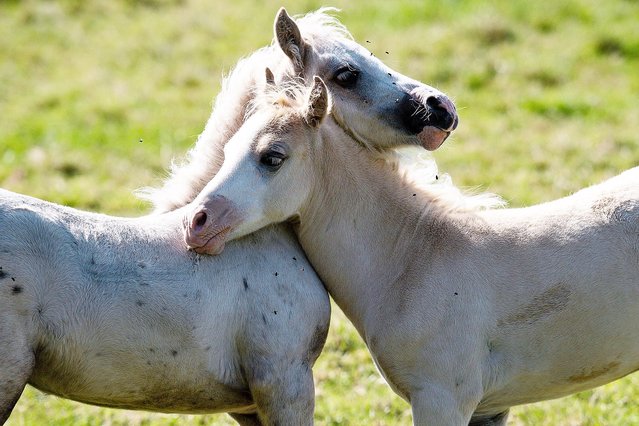 Welsh Mountain Pony foals play on a field by the village of Bishop's Itchington, Warwickshire on July 21, 2020. (Photo by Jacob King/PA Images via Getty Images) 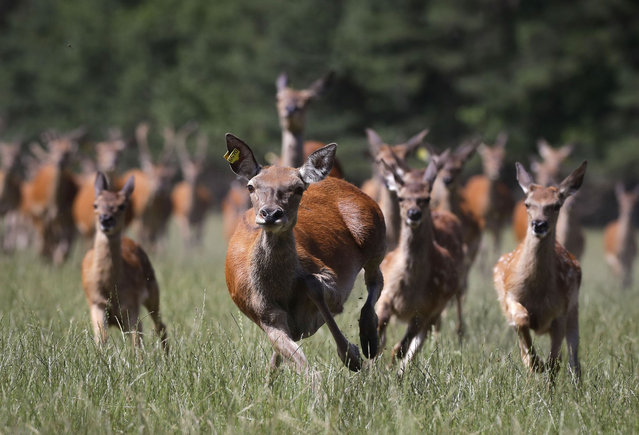 Noble deer run in a nursery forest near the village of Bolochanka, 70 km (44 miles) south-east of capital Minsk, Belarus, Thursday, July 16, 2020. Seventy deer were released today as part of a deer replacement program for wild boars, which have declined in the wild due to disease. (Photo by Sergei Grits/AP Photo) 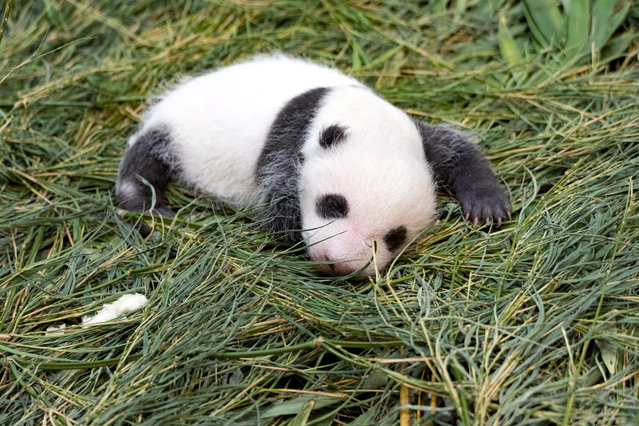 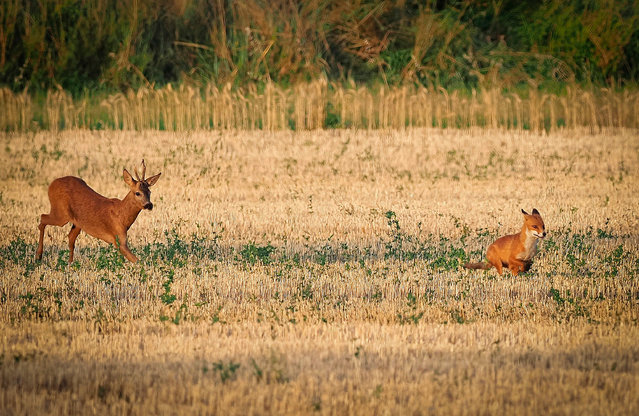 A deer hunts a fox in a harvested wheat field on July 20, 2020 near Chinon, central France. (Photo by Guillaume Souvant/AFP Photo) 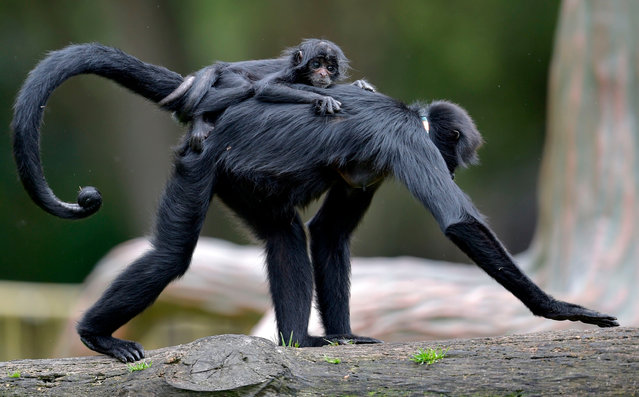 A Spider monkey carries its baby at Bioparque Wakata in Jaime Duque park, in Briceno municipality near Bogota, Colombia, on July 30, 2020. (Photo by Raúl Arboleda/AFP Photo) 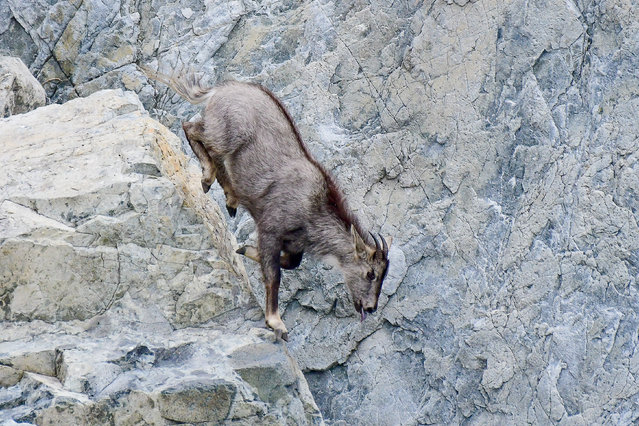 A long-tailed goral at the Sikhote-Alin Nature Reserve, Primorye Territory, Russia on July 25, 2020. The 400 thousand hectare biosphere reserve is the largest in Russia's Primorye Territory and is in the UNESCO World Heritage list. (Photo by Yuri Smityuk/TASS) 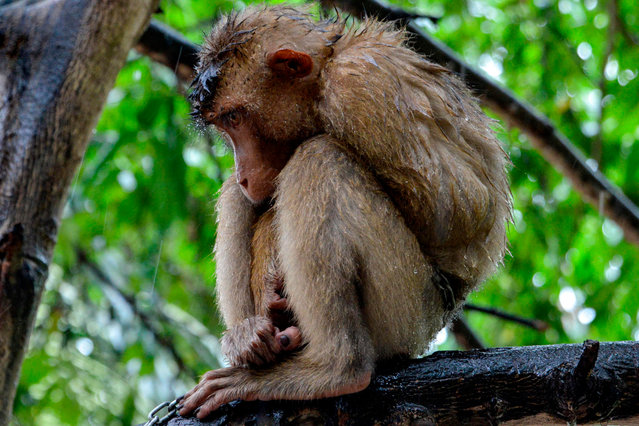 A pet macaque sits chained on a tree branch outside its owner's house in Leupung, Indonesia's Aceh province on July 22, 2020. (Photo by Chaideer Mahyuddin/AFP Photo) 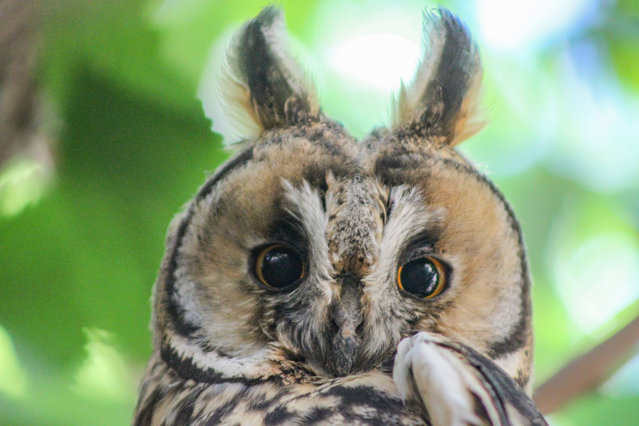 A long-eared owl, one of the species endangered and threatened with extinction, perches on a branch of a tree at Bilge neighbourhood in Suruc district of Sanliurfa, Turkey on July 19, 2020. (Photo by Cebrail Caymaz/Anadolu Agency via Getty Images) 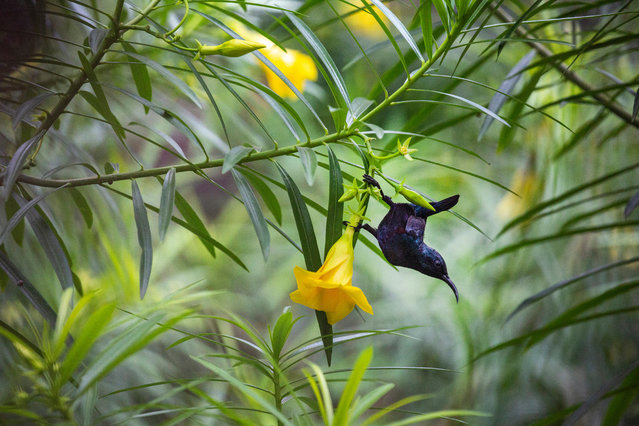 A sunbird sucks nectar from flowers during monsoon season in Dhaka, Bangladesh, 17 July 2020 (issued 18 July 2020). The purple s​unbird is mainly found in South and Southeast Asia. (Photo by Monirul Alam/EPA/EFE) 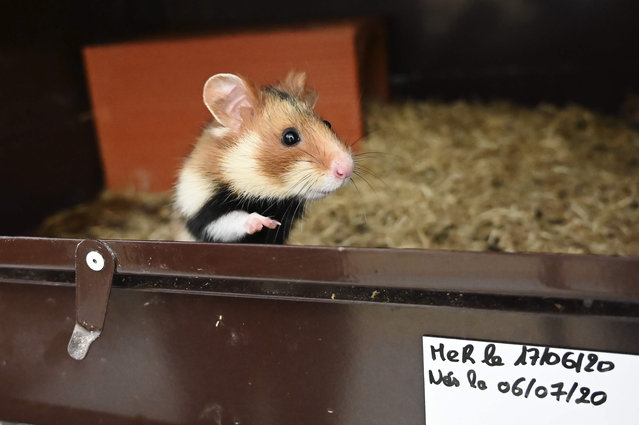 A picture taken on July 23, 2020 in Jungholtz, eastern France, in a breeding center dedicated to the reintroduction of the specimen, shows a Great Hamster of Alsace. The Great Hamster of Alsace is an endangered specie because of corn culture and urbanism and the environmental NGO Union internationale pour la conservation de la nature (UICN) fears its disappearance within thirty years, AFP reports on July 25, 2020. (Photo by Frederick Florin/AFP Photo) 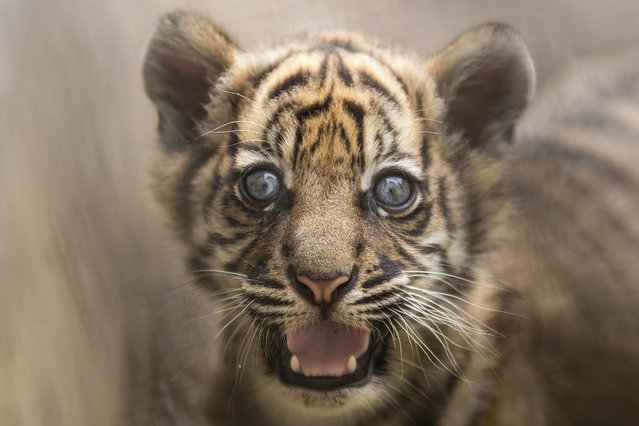 In this undated handout photo provided by the Wroclaw zoo, a little tiger is pictured at the zoo in Wroclaw, Poland on July 23, 2020. The 2-month-old Sumatran tiger cub is getting to know the world and learning to hunt from her mother at a zoo in southwestern Poland, the first such cub born there in 20 years. The as-yet-unnamed cub was born May 23 as her mother Nuri’s first offspring and the authorities at the Wroclaw Zoo are overjoyed that the mother is taking very good care of her. (Photo by Wroclaw Zoo via AP Photo) 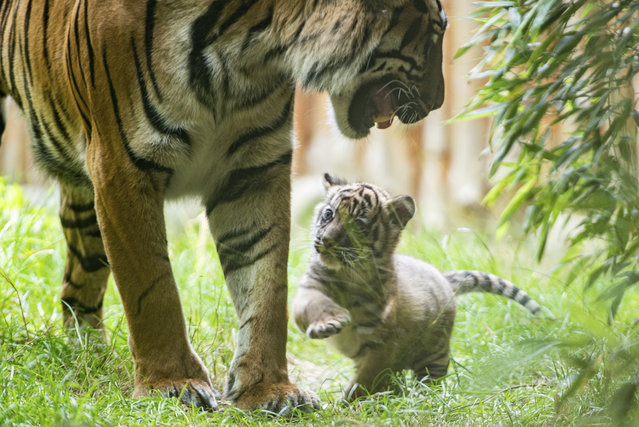 In this undated handout photo provided by the Wroclaw zoo, a little tiger plays with its mother at the zoo in Wroclaw, Poland on July 23, 2020. (Photo by Wroclaw Zoo via AP Photo) 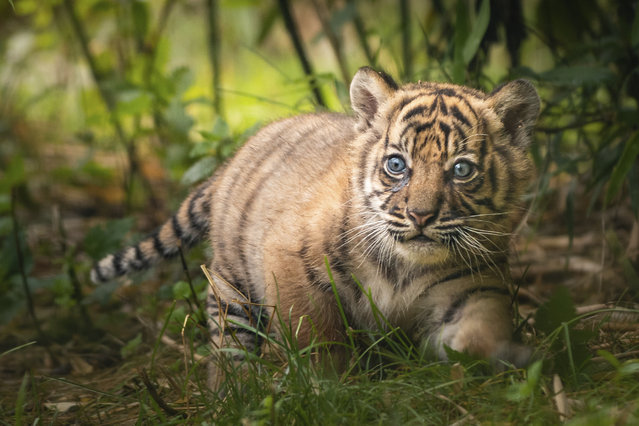 In this undated handout photo provided by the Wroclaw zoo, a little tiger is pictured at the zoo in Wroclaw, Poland on July 23, 2020. (Photo by Wroclaw Zoo via AP Photo) 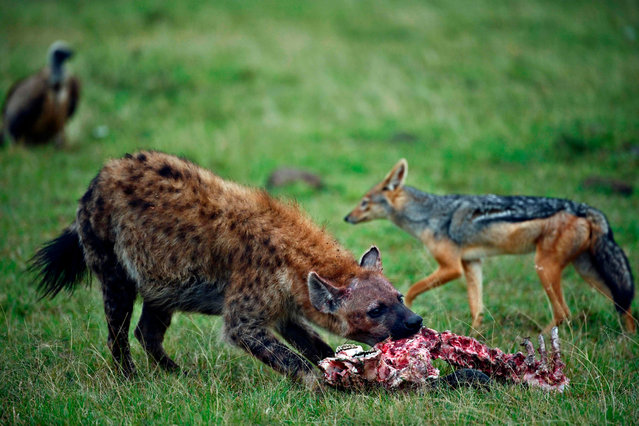 A spotted Hyena chews on a piece of carcass as a black-backed jackal and a rupples vulture wait nearby for a turn at the Ol Kinyei conservancy in Maasai Mara, in the Narok county in Kenya, on June 23, 2020. At the heart of the majestic plains of the Maasai Mara, the coronavirus pandemic has led to economic disaster for locals who earn a living from tourists coming to see Kenya's abundant wildlife Even before the virus arrived in Kenya mid-March, tourism revenues plummeted, with cancellations coming in from crucial markets such as China, Europe and the United States. (Photo by Tony Karumba/AFP Photo) 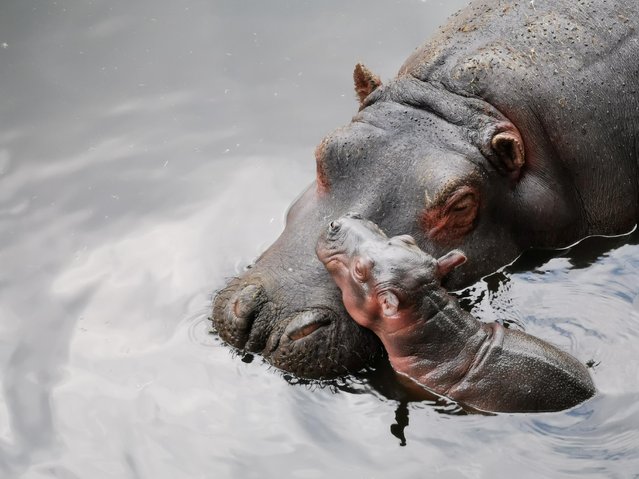 A baby hippo is seen with its mother at Zacango Zoo in Calimaya, Mexico on July 13, 2020. (Photo by Zacango Zoo-State of Mexico/Handout via Reuters) 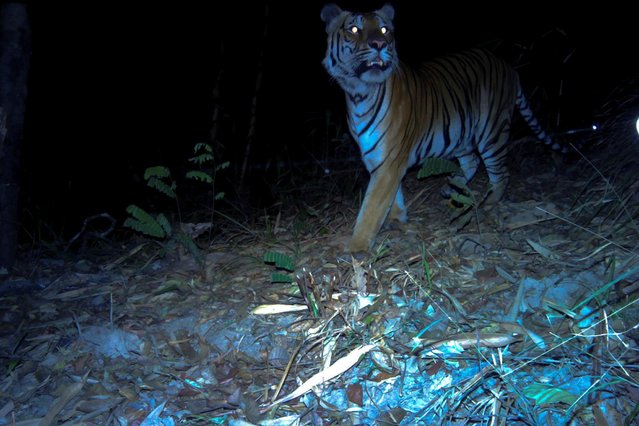 A tiger is pictured from a camera trap from the western forest of Thailand, in this undated photo obtained on July 28, 2020. (Photo by DNP-Panthera-ZSL-USFWS-AsECF-RCU Handout via Reuters) 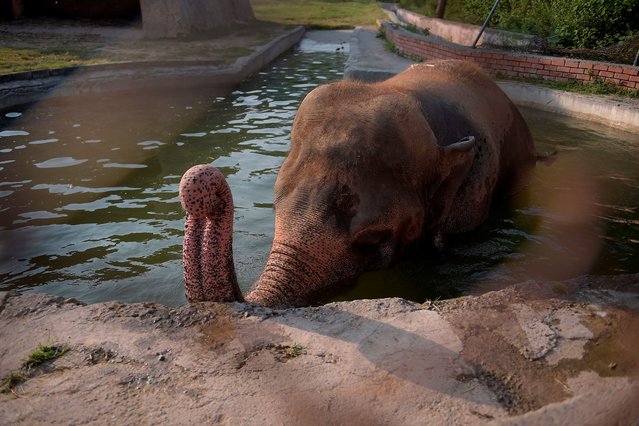 Elephant Kaavan takes a bath behind a fence at the Marghazar Zoo in Islamabad on July 18, 2020. A Pakistani court approved the relocation of a lonely and mistreated elephant to Cambodia on July 18 after the pachyderm became the subject of a high-profile rights campaign backed by music star Cher. (Photo by Farooq Naeem/AFP Photo) 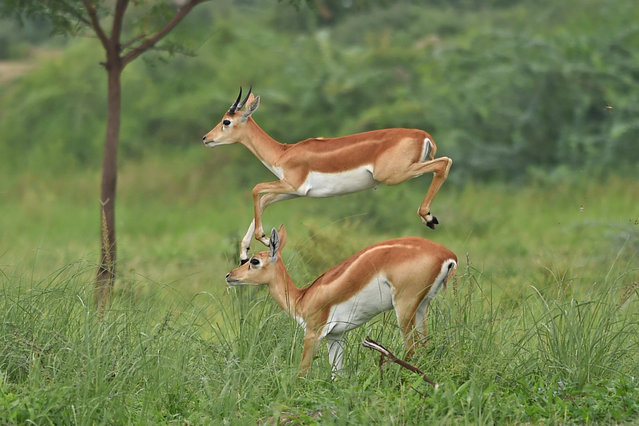 Antelopes run through a field at Kanjari village on the outskirts of Ahmedabad on July 30, 2020. (Photo by Sam Panthaky/AFP Photo) 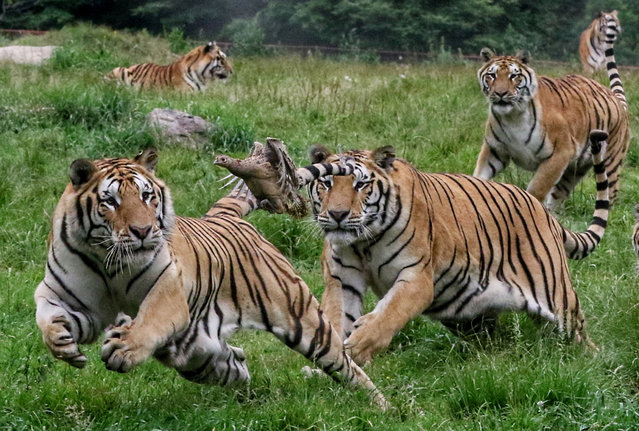 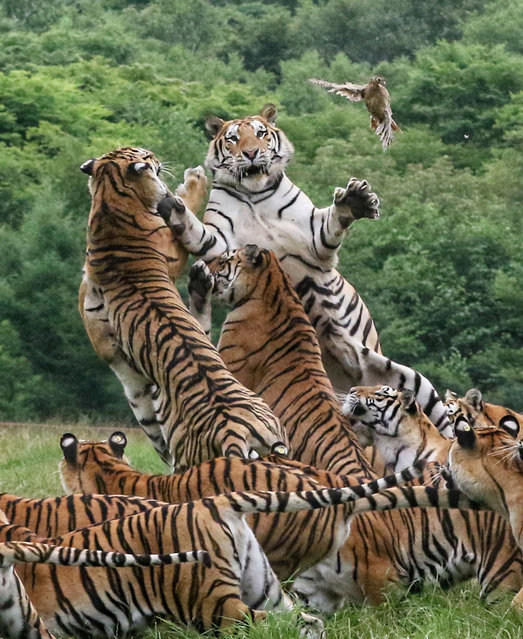 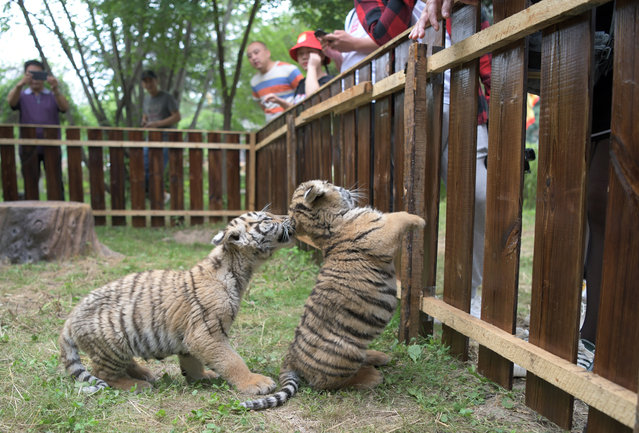 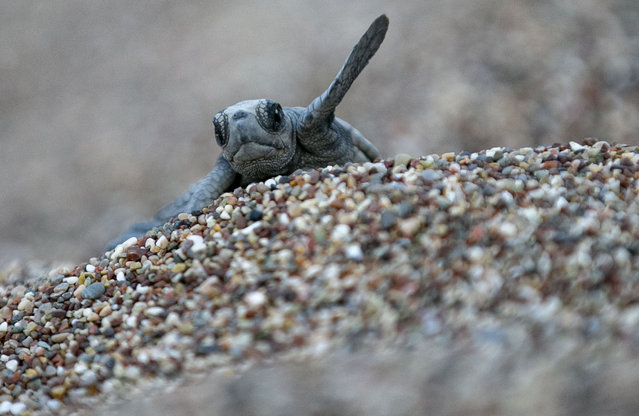 A caretta caretta pup is seen at Cirali Beach as they in a process of hatching and meeting the sea in Kemer district of Antalya, Turkey on July 22, 2020. 6 caretta caretta pups came out of the nest opened by the officials met the sea in the early morning. (Photo by Mustafa Ciftci/Anadolu Agency via Getty Images) 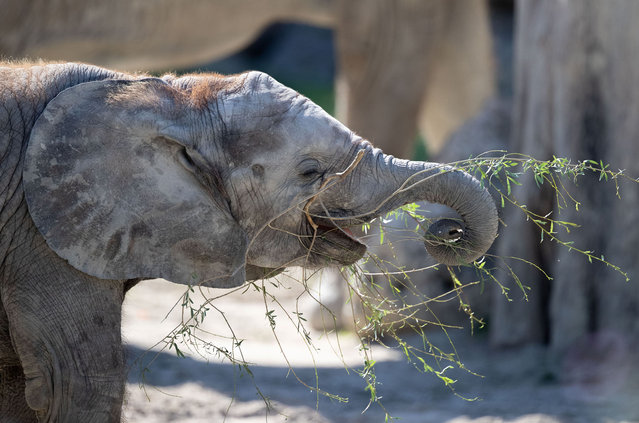 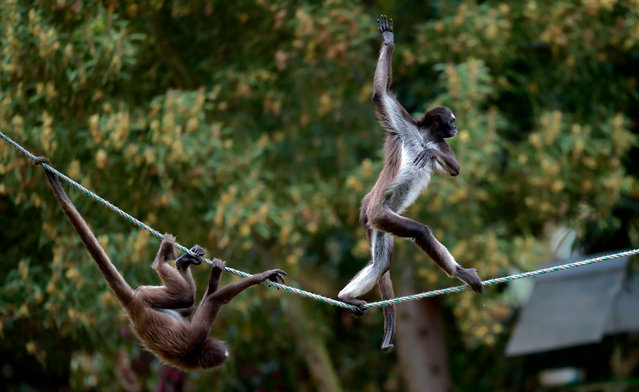 A marimonda monkey (Ateles hybridus) walks on a rope during environmental enrichment training at Bioparque Wakata in Jaime Duque park, in Briceno municipality near Bogota, Colombia, on July 30, 2020. The park closed due to the novel coronavirus pandemic, creating virtual programs to receive donations from the public to meet some economic demands and ensure the livelihood of the animals, launching a call to the government to be able to reopen the sector with the necessary security protocols. Colombia is one of the most biodiverse countries in the world. (Photo by Raúl Arboleda/AFP Photo)
Edit Del
02 Aug 2020 00:05:00, post received 0 comments
Publication archive:
←   →
Popular tags:
All tags
Last searches: