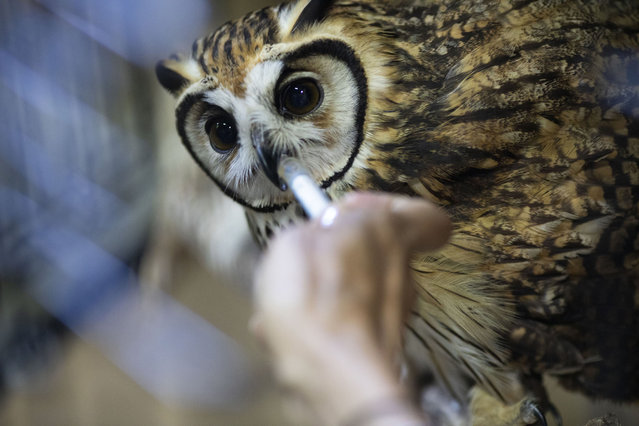 The veterinarian and environmentalist Grecia Marquis uses a syringe to give water to an owl at the Feathers and Tails in Freedom foundation, in Caracas, Venezuela, Monday, September 21, 2020. The owl who was found two months ago with a wing injury is now recovering after surgery. (Photo by Ariana Cubillos/AP Photo) 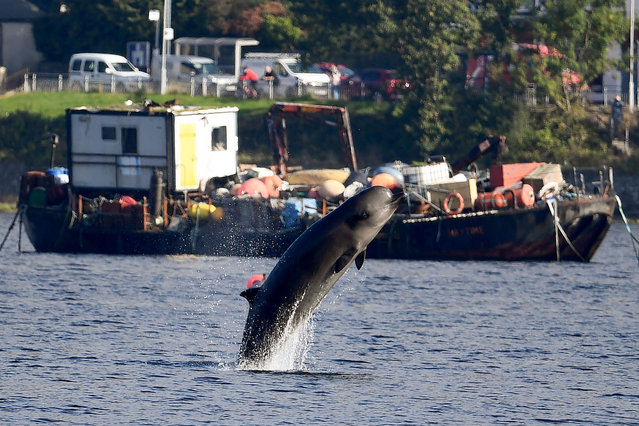 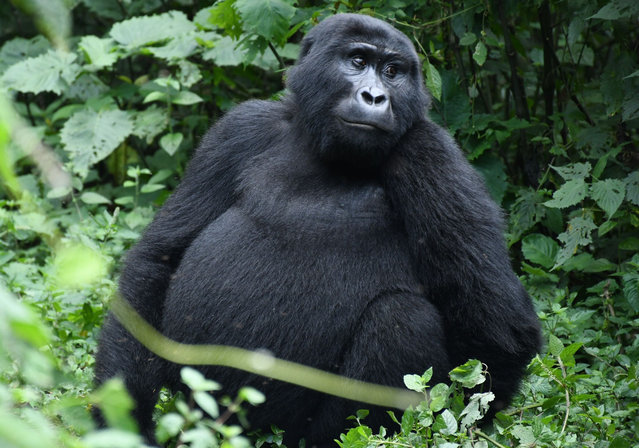 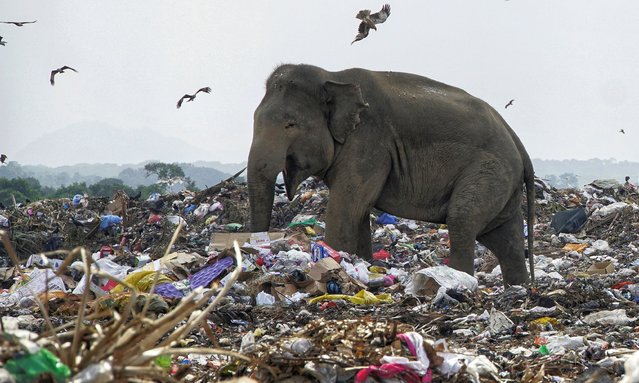 A elephant search food at a rubbish dump in Oluvil, Sri Lanka in September 2020. Examination of dead elephants has revealed undigested polythene and other plastic waste. (Photo by Tharmaplan Tilaxan/Cover Images) 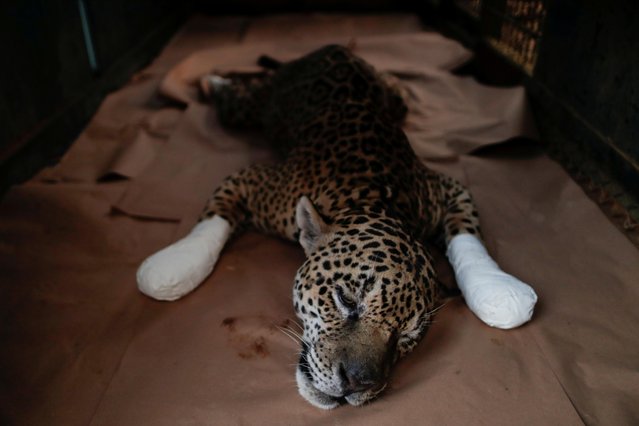 An adult male jaguar named Ousado rests during treatment for burn injuries on his paws after a fire in Pantanal, at NGO Nex Institute in Corumba de Goias, Goias State, Brazil, September 19, 2020. (Photo by Ueslei Marcelino/Reuters) 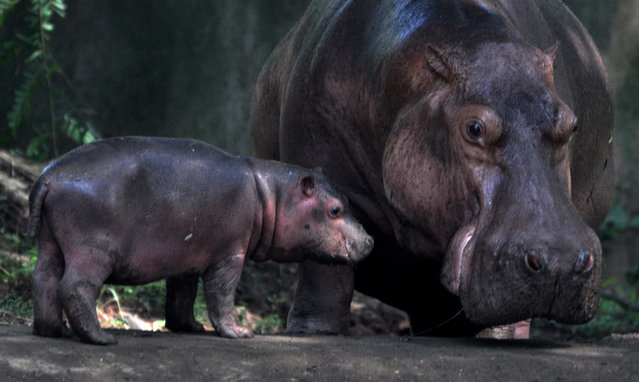 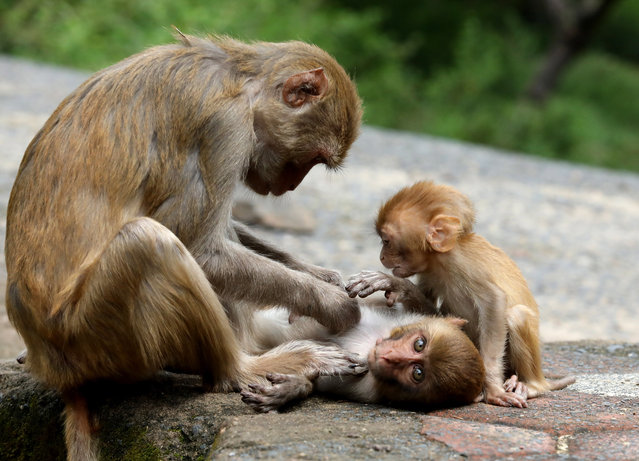 A monkey looks for insects in her baby at Pachmadi, some 200kms from Bhopal, India, 25 September 2020. (Photo by Sanjeev Gupta/EPA/EFE) 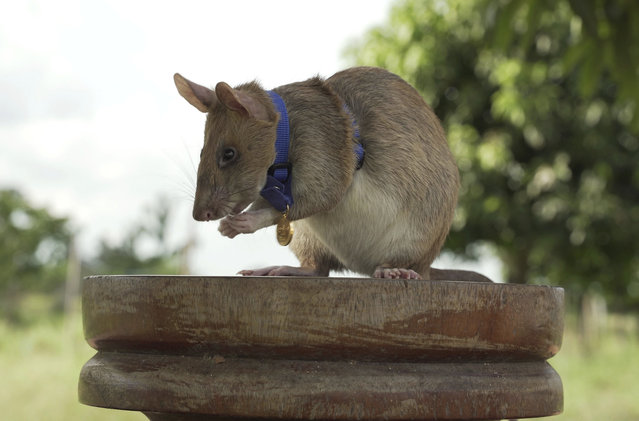 In this undated photo issued by the PDSA, People's Dispensary for Sick Animals, Cambodian landmine detection rat, Magawa is photographed wearing his PDSA Gold Medal, the animal equivalent of the George Cross, in Siem, Cambodia. A British animal charity has on Friday, September 25, 2020, for the first time awarded its top civilian honor to a rat, recognizing the rodent for his “lifesaving bravery and devotion” in searching out unexploded landmines in Cambodia. (Photo by PDSA via AP Photo) 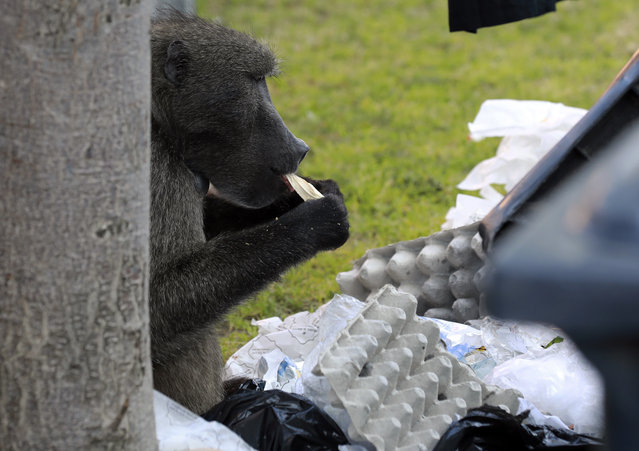 A baboon, named Kataza by locals, eats from discarded waste from stores in Tokai, Cape Town, South Africa, Thursday, September 17, 2020. Kataza was relocated from Kommetjie, on the edges of Cape Town, to a nearby area late last month after city authorities claimed he was responsible for leading other baboons in his troop on raids through the village. One activist says Kataza is now wandering alone in an unfamiliar area and sleeping in a prison yard. (Photo by Nardus Engelbrecht/AP Photo) 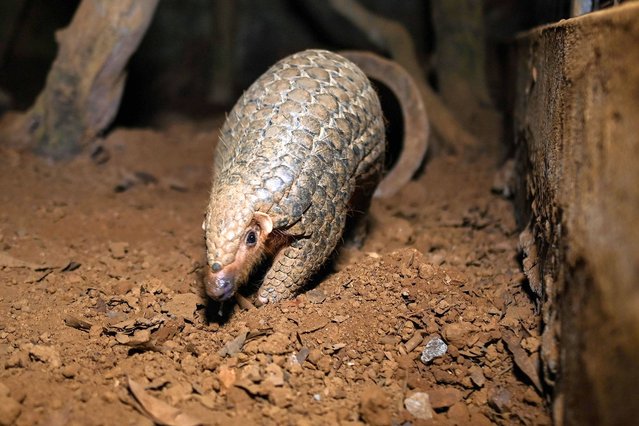 This photograph taken on September 14, 2020 shows a pangolin emerging from an underground tunnel at night at Save Vietnam's Wildlife, a group that runs a pangolin conservation program inside the Cuc Phuong National Park in northern province of Ninh Binh. Life remains precarious for the world's most trafficked mammal despite the country's renewed vow to crack down on the illegal wildlife trade that many blame for the coronavirus pandemic. (Photo by Manan Vatsyayana/AFP Photo) 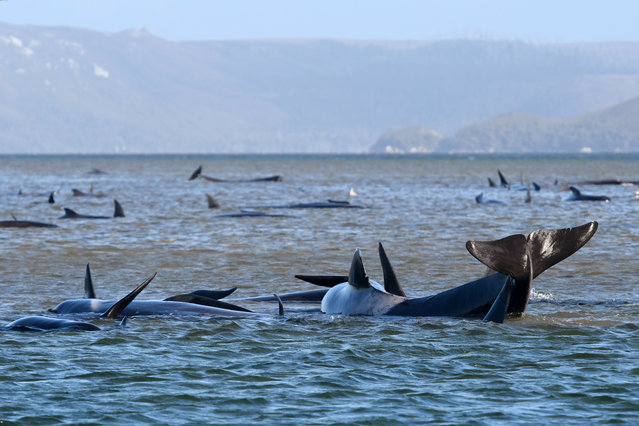 Pilot whales lie stranded on a sand bar near Strahan, Australia, Monday, September 21, 2020. An estimated 250 whales are stuck on sandy shoals and government marine conservation staff have been deployed to the scene to attempt to rescue the whales. (Photo by Brodie Weeding/Pool Photo via AP Photo) 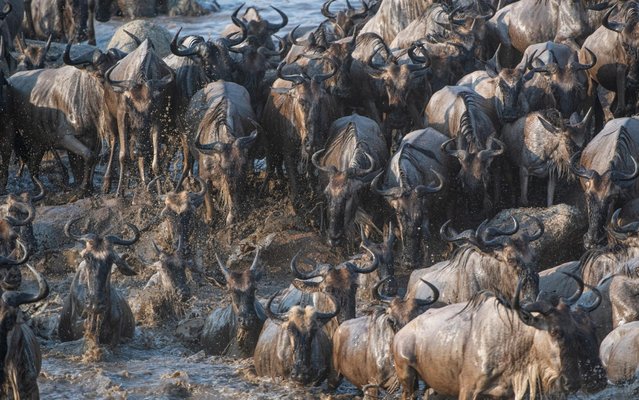 Hundreds of wildebeest make their annual crossing across the Mara River in Northern Tanzania on September 21, 2020. (Photo by Nina Waffenschmidt/Solent News) 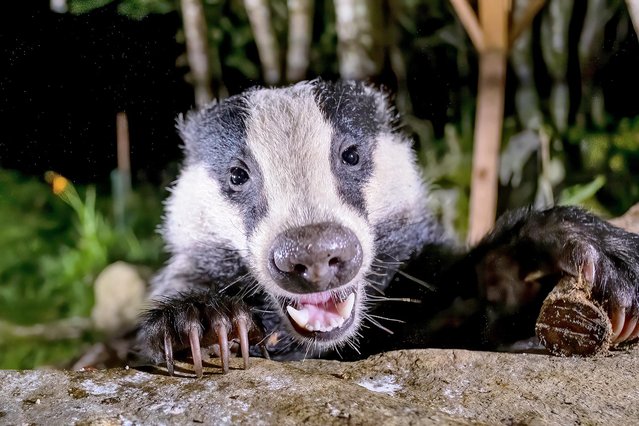