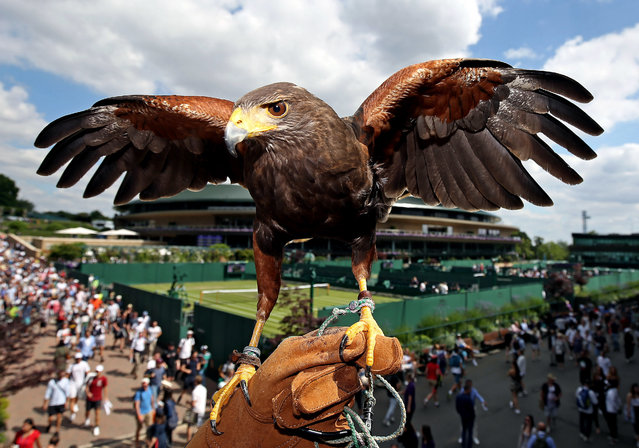 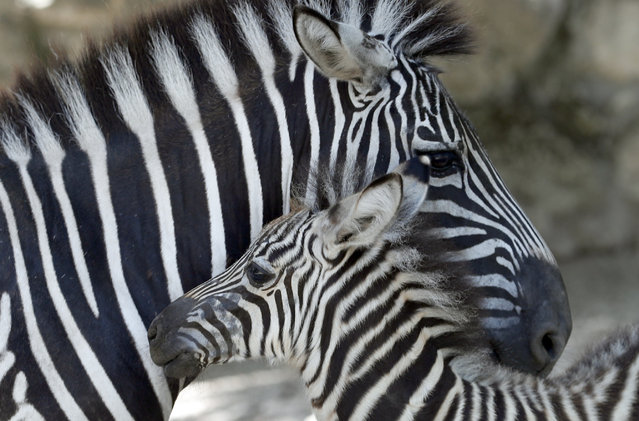 A newborn baby zebra, front, standing by its mother in the shadow at the Belgrade Zoo, Serbia, Tuesday, July 2, 2019. Authorities have warned of extremely hot temperatures in Serbia and the rest of the Balkans as a heat wave that has hit western Europe moves toward east of the continent. (Photo by Darko Vojinovic/AP Photo) A wild boar is pictured in its enclosure at a wildlife park in Landsberg am Lech, Germany on July 3, 2019. (Photo by Karl-Josef Hildenbrand/dpa) 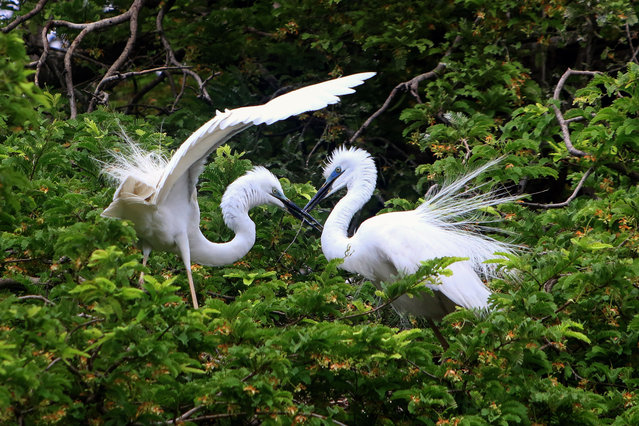 Egrets stand in a tree in Ajmer in the western Indian state of Rajasthan on July 2, 2019. (Photo by Himanshu Sharma/AFP Photo) 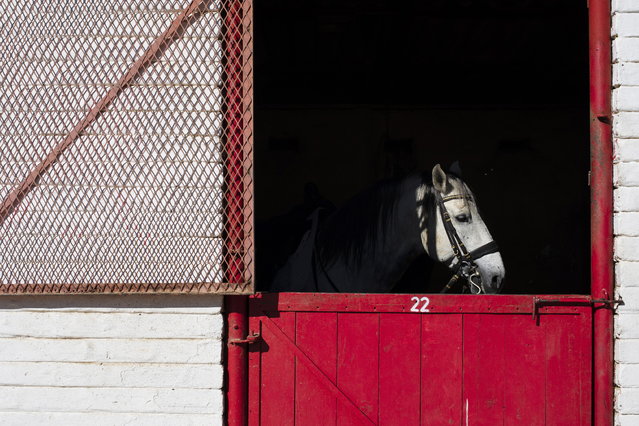 A trainee rider holds a Lipizzaner during a morning training session at the South African Lipizzaners school in Johannesburg, South Africa, 05 July 2019. Lipizzaner horses are a noble horse breed that traces its lineage back to the late 15th century and were originally bred by royalty and valued in military skirmishes for the fast and light qualities. They are bred from Spanish, Arabian and Berber horses and are known for their noble physique, graceful movements, liveliness and good nature. The South African Lipizzaners School has thirty horses and performs weekly shows on a Sunday for the public, together with outdoor shows. (Photo by Kim Ludbrook/EPA/EFE) 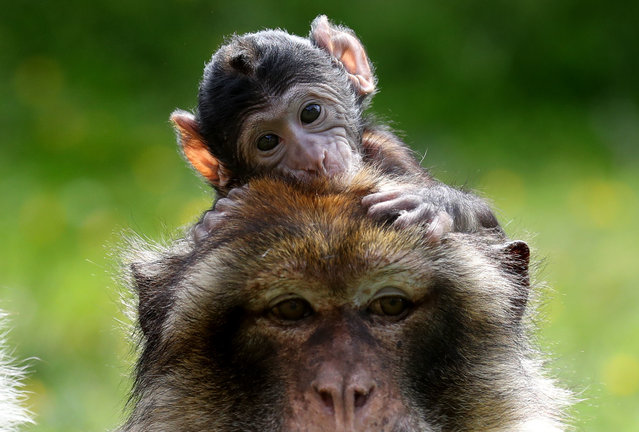 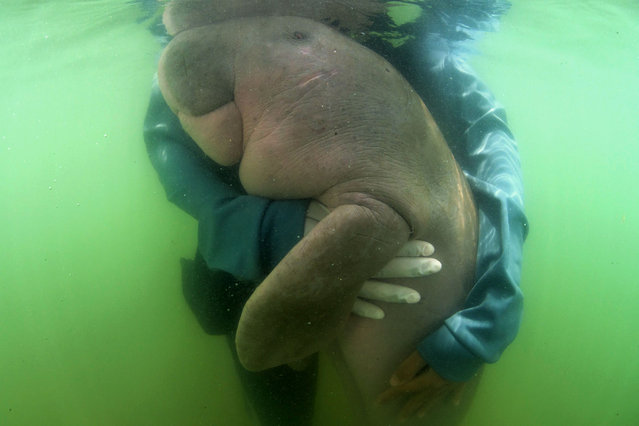 This picture taken on May 24, 2019 shows Mariam the dugong as she is cared for by park officials and veterinarians from the Phuket Marine Biological Centre on Libong island, Trang province in southern Thailand. An orphaned baby dugong rescued off a beach in Krabi province is Thailand's newest star, capturing the hearts of millions on social media and igniting an awarness for ocean conservation as authorities hand-raise the young mammal. (Photo by Sirachai Sirachai Arunrugstichai/AFP Photo) 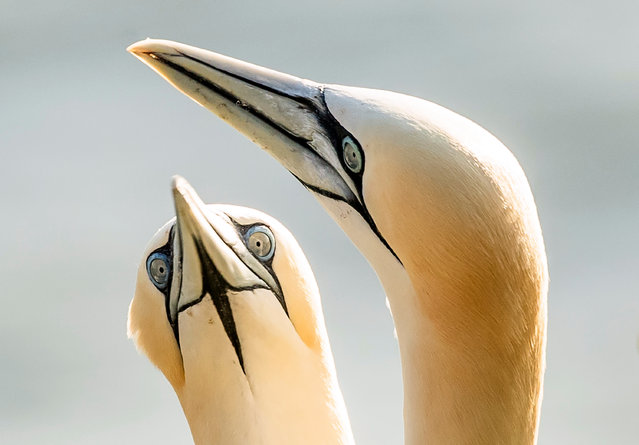 Gannets nest at the RSPB nature reserve at Bempton Cliffs in Yorkshire, England on July 3, 2019 as over 250,000 seabirds flock to the chalk cliffs to find a mate and raise their young. (Photo by Danny Lawson/PA Images via Getty Images) Sparrows enjoy the leftovers of a tarte flambée in a cafe in Hamburg, Germany on July 5, 2019. (Photo by Axel Heimken/AFP Photo) 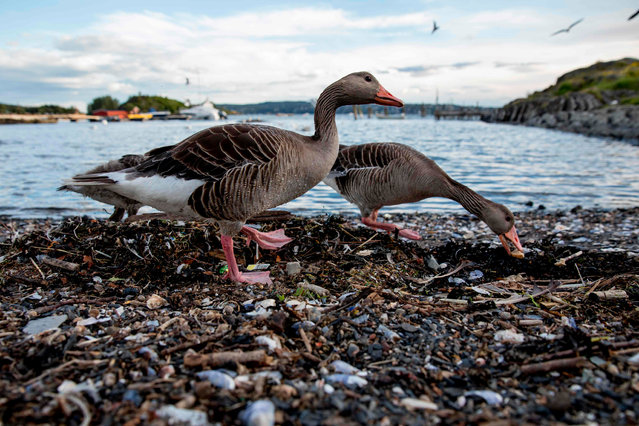 Greylag geese feed off scraps on a beach at Lindoya island in Oslo, Norway on July 3, 2019. (Photo by Odd Andersen/AFP Photo) 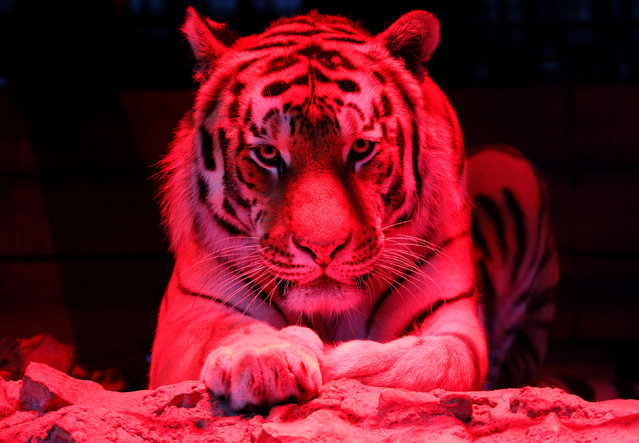 Bartek, a six-year-old Amur tiger, look on inside an open-air cage, as illumination is lit on for late visitors to observe animals at night environment, at the Royev Ruchey zoo in Krasnoyarsk, Russia, July 2, 2019. (Photo by Ilya Naymushin/Reuters) In this photo taken on June 17, 2019, egrets sit on a grazing one-horned rhinoceros in Kaziranga National Park, some 220 km from Guwahati, the capital city of India’s northeastern state of Assam. The monsoon may bring respite from the scorching heat, but for the rangers and animals at Kaziranga National Park it also brings danger as poachers take advantage of greater camouflage and flooding. (Photo by Biju Boro/AFP Photo) 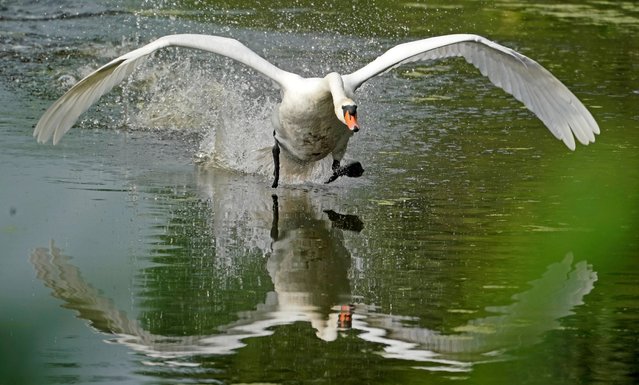 A mute swan (cygnus olor) flies on a pond at the nature reservation “Wagbachniederung” in Waghaeusel, near Karlsruhe, Germany, 01 July 2019. The Wagbachniederung is an important breeding and resting place for breeding birds in Europe, which are endangered by extinction, and is one of the most important bird protection areas in Germany. (Photo by Ronald Wittek/EPA/EFE/Rex Features/Shutterstock) 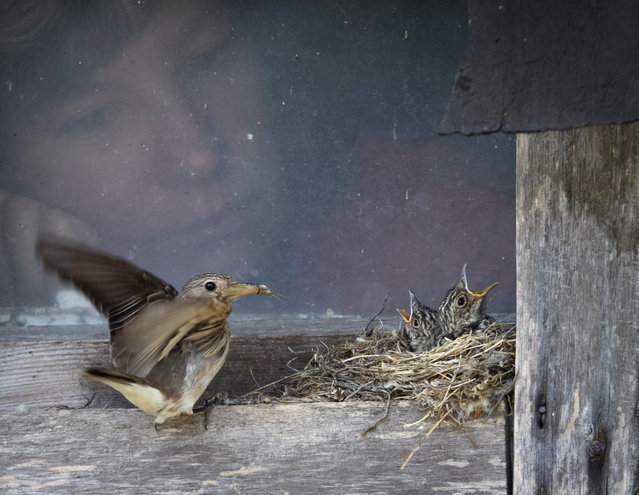 A woman looks through the window at a bird feeding chicks in a nest made on the windowsill, in the village of Podolye, 70km (43 miles) East from St.Petersburg, Russia, Monday, July 1, 2019. (Photo by Dmitri Lovetsky/AP Photo) 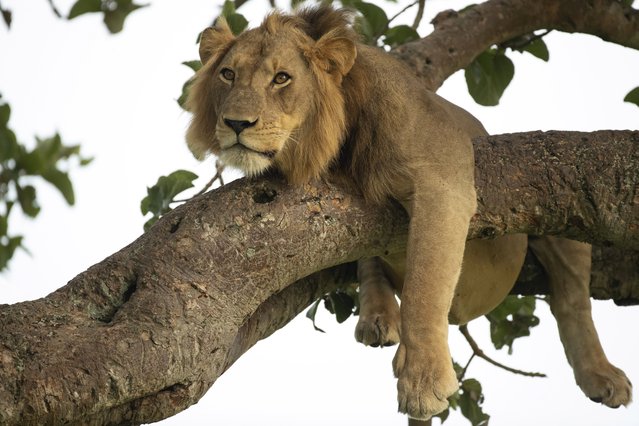 A lion naps draped across two branches of a tree with his paws and tail dangling down. The stunning photo was taken at the Queen Elizabeth National Park in Uganda where he is one of the main attractions. Lions are not known for their tree climbing skills unlike other big cats such as leopards. But that did not stop this lion who clearly used tree climbing to cool down in the warm afternoon sun. (Photo by South West News Service)