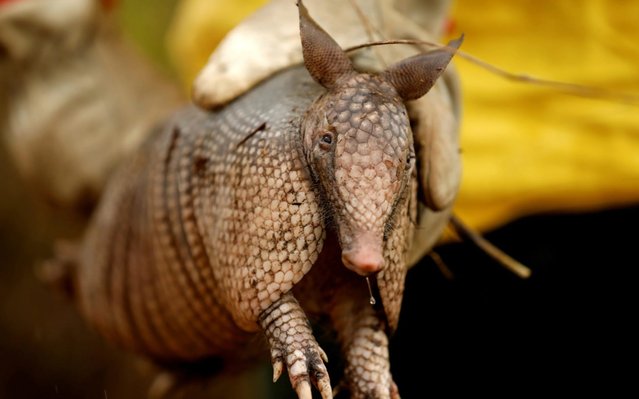 A Brazilian Institute for the Environment and Renewable Natural Resources (IBAMA) fire brigade member shows an injured armadillo as he attempts to control hot points during a fire in Apui, Amazonas state, Brazil on September 3, 2019. (Photo by Bruno Kelly/Reuters) 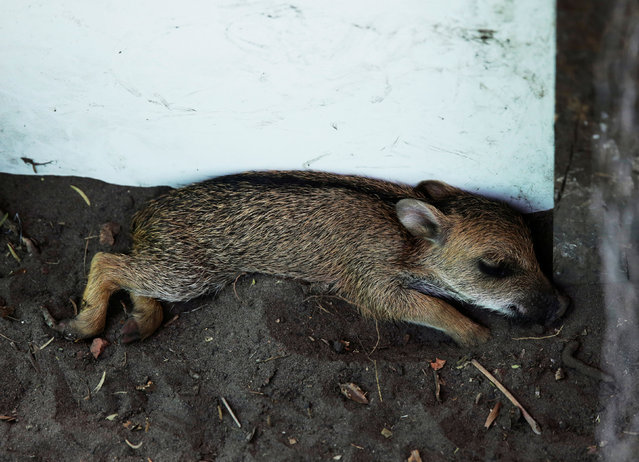 A young peccary rescued from areas where wildfires have destroyed hectares of forest rests at an animal shelter in Aguas Calientes, Bolivia, August 30, 2019. (Photo by David Mercado/Reuters) 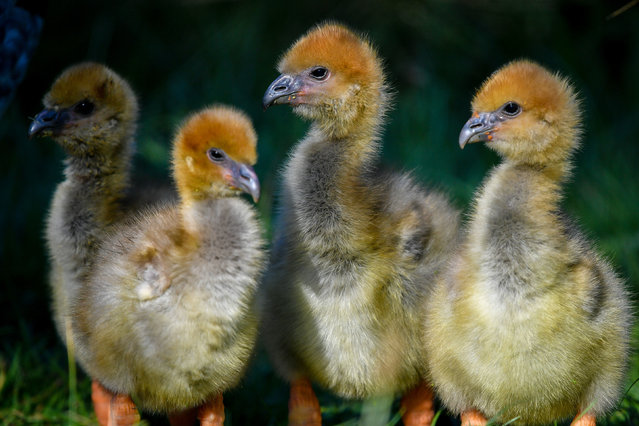 Crested screamer chicks at WWT Slimbridge Wetland Centre in Gloucestershire, England on September 2, 2019 after four chicks successfully hatched for the first time since the 1970s at the WWT centre after years of notoriously challenging breeding. (Photo by Ben Birchall/PA Images via Getty Images) 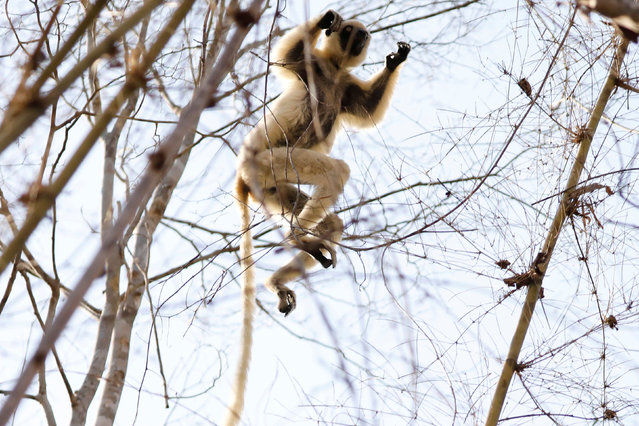 A Verreaux's sifaka lemur jumps between trees at the Kirindy forest reserve near the city of Morondava, Madagascar, September 1, 2019. (Photo by Baz Ratner/Reuters) 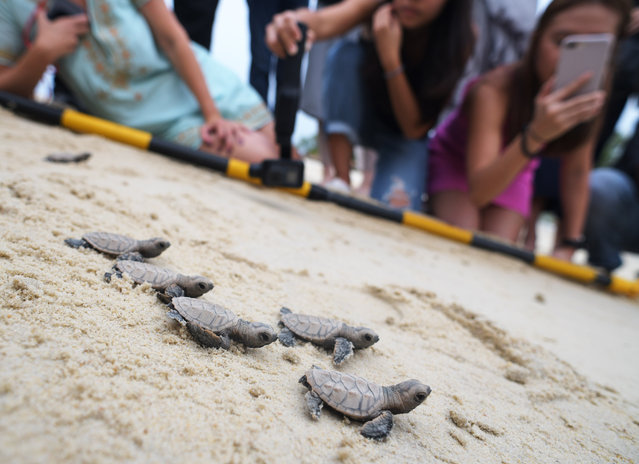 Hawksbill sea turtles hatched less than 10 hours ago make their way to the sea on the beach of Singapore's Sentosa Island on September 4, 2019. Staff of the Sentosa Development Corporation released a total of 100 Hawksbill sea turtle hatchlings back to the sea. (Photo by Then Chih Wey/Xinhua News Agency/Barcroft Media) 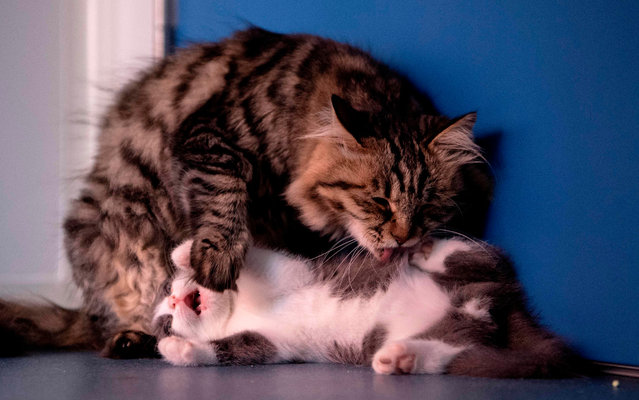 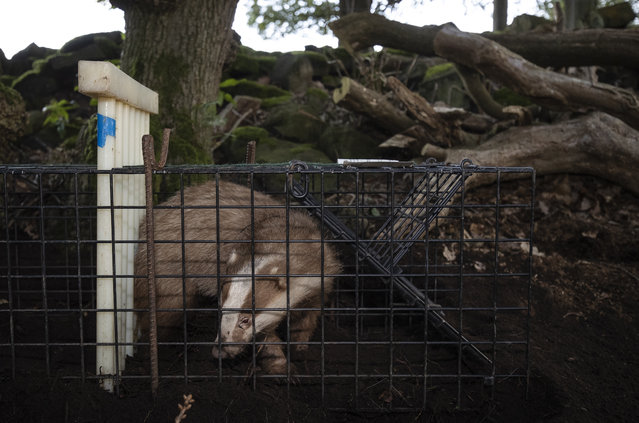 A rare Erythristic Badger is stands in a trap before being vaccinated on September 03, 2019 in the Peak District, England. The 'Derbyshire Badger Vaccination Project', run and funded by Derbyshire Wildlife Trust and the National Trust, aims to vaccinate badgers at several key sites in the Peak District National Park, against Bovine tuberculosis (bTB), a disease that is thought, though not proven to be spread between Badgers and cattle. The infectious disease has pitted wildlife advocates and some members of the farming community against each other, with the method of containing the disease, vaccinating or culling, the source of the conflict. Despite around £300,000 GBP worth of government funding from the Department of Environment, Food and Rural Affairs (Defra) towards the vaccination project, the government is still considering applications to cull animals in the Derbyshire area this Autumn, an incredibly emotive and controversial method that is both expensive and its effectiveness, according to scientific evidence, not proven. TB’s effect on the farming community has unquestionably been devastating however, with around 10,000 cattle being slaughtered in 2018, at a cost to farmers and taxpayers of about £120 million GBP a year and is thought to be on the increase. Finding a solution to the problem is one of the countryside’s biggest challenges and the most contentious wildlife management debates currently in the UK. (Photo by Dan Kitwood/Getty Images) 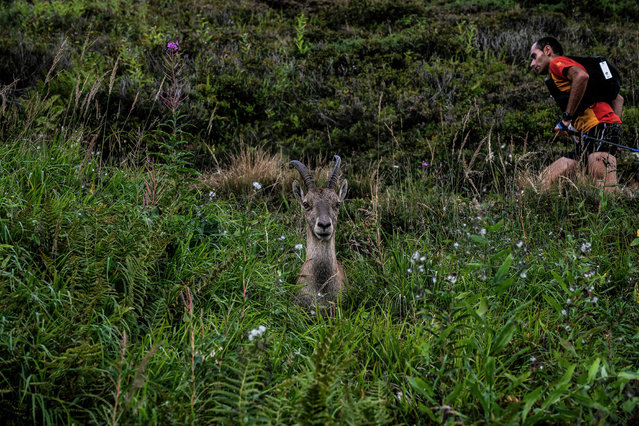 A trailer walks past an Alpine ibex as he competes in the 170 km Mount Blanc Ultra Trail (UTMB) race around the Mont-Blanc crossing France, Italy and Swiss, on August 31, 2019 in the Tete aux Vents near Chamonix. (Photo by Jeff Pachoud/AFP Photo) 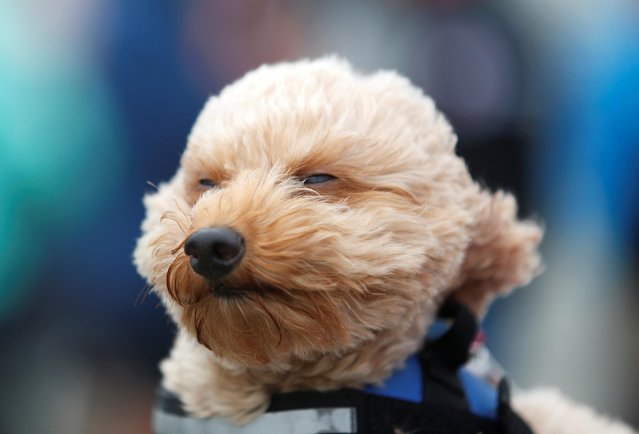 Emily Hicks (not pictured) of Charleston holds her dog Murphy along the waterfront ahead of the arrival of Hurricane Dorian in Charleston, South Carolina, U.S., September 4, 2019. (Photo by Randall Hill/Reuters) 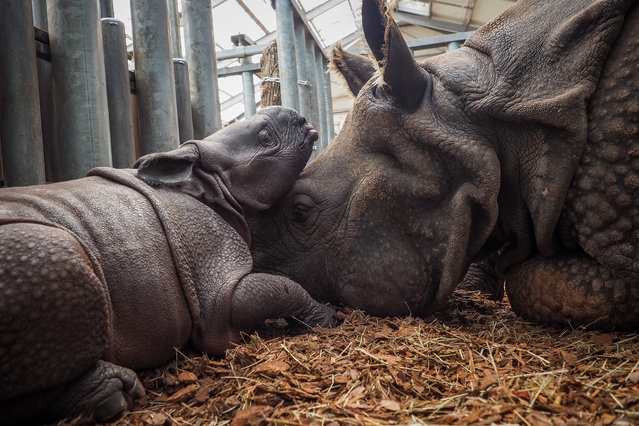 Young female Indian Rhinoceros, which was born on August 28, 2019, plays with its mother named Henna, inside their internal enclosure, at The Beauval Zoo in Saint-Aignan-sur-Cher, central France, on September 2, 2019. It's the first birth of an Indian Rhinoceros in France on 2019 (Photo by Guillaume Souvant/AFP Photo) 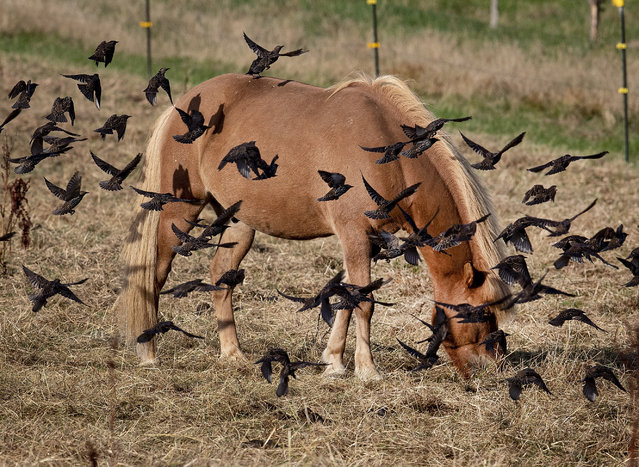 An Iceland horse is surrounded by starlings as it grazes on the meadow of a stud in Wehrheim near Frankfurt, central Germany, Thursday, September 5, 2019. (Photo by Michael Probst/AP Photo) 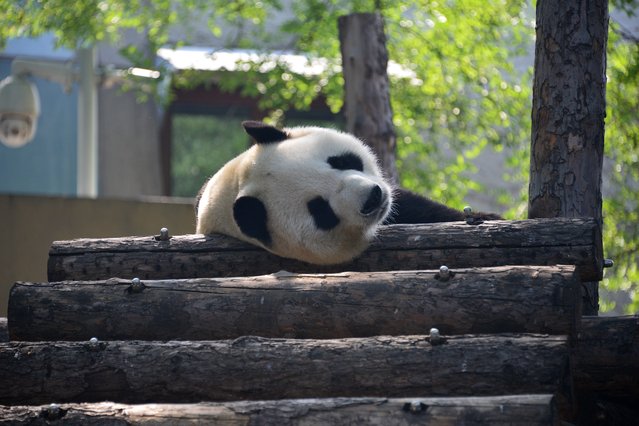 On September 3, 2019, a giant panda rests on wood for a nap, sits in a special cradle to rest, or jumps up and down to play in Beijing zoo. (Photo by Fan Jiashan/SIPA Asia) 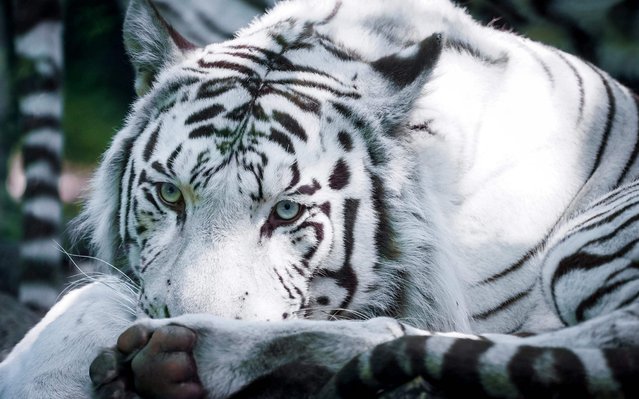 A white tiger is pictured inside its enclosure at The Beauval Zoo in Saint-Aignan-sur-Cher, central France, on September 2, 2019. (Photo by Guillaume Souvant/AFP Photo) 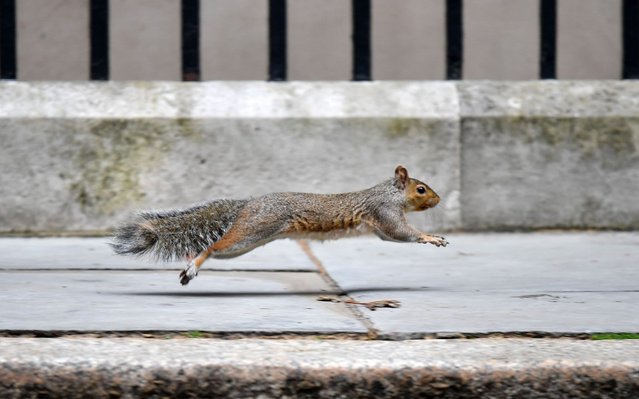 A squirrel runs past 10 Downing Street in central London on September 4, 2019. Prime Minister Boris Johnson raised the prospect of a snap election on Tuesday after he suffered a major parliamentary defeat over his Brexit strategy that could delay Britain's exit from the European Union. Just six weeks after taking office, the Conservative leader was hit by a huge rebellion among his own MPs that leaves him without a working majority in the House of Commons as he looks to take Britain out of the EU on October 31. (Photo by Daniel Leal-Olivas/AFP Photo) 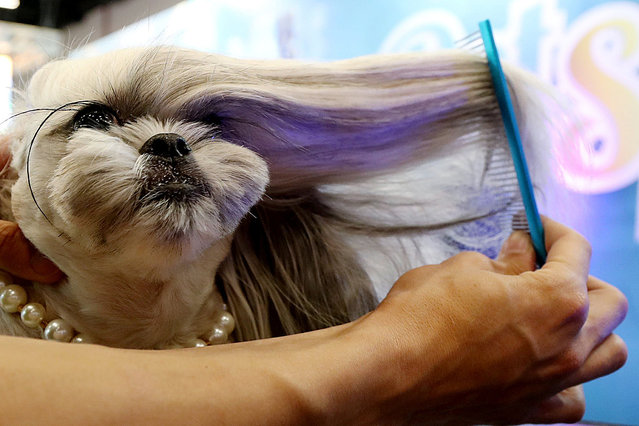