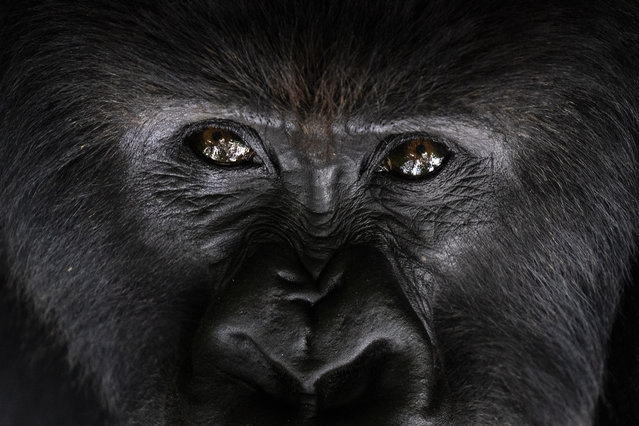 In this September 2, 2019 photo, a silverback mountain gorilla named Segasira looks up as he lies under a tree in the Volcanoes National Park, Rwanda. The late American primatologist Dian Fossey, who began the world’s longest-running gorilla study here in 1967, would likely be surprised any mountain gorillas are left to study. Alarmed by rising rates of poaching and deforestation in central Africa, she predicted the species could go extinct by 2000. (Photo by Felipe Dana/AP Photo) 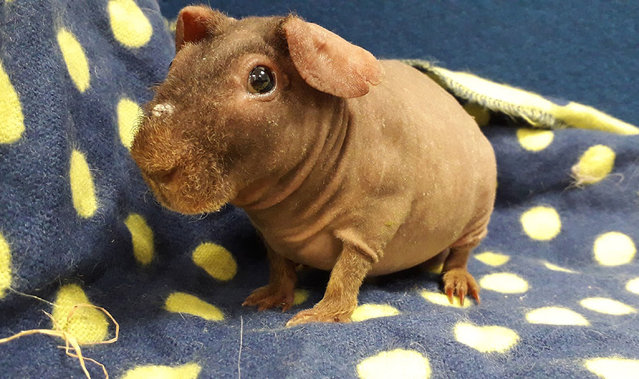 A warthog is looking for a new home in Middlesex, UK October 2019, after he and nine other “skinny pigs” were signed over to the RSPCA when their previous owner struggled to cope. They are guinea pigs bred to have no fur, in a similar way to sphynx cats. (Photo by RSPCA/PA Wire Press Association) 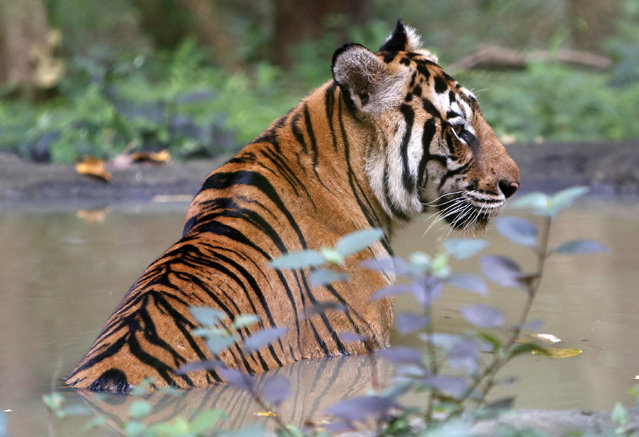 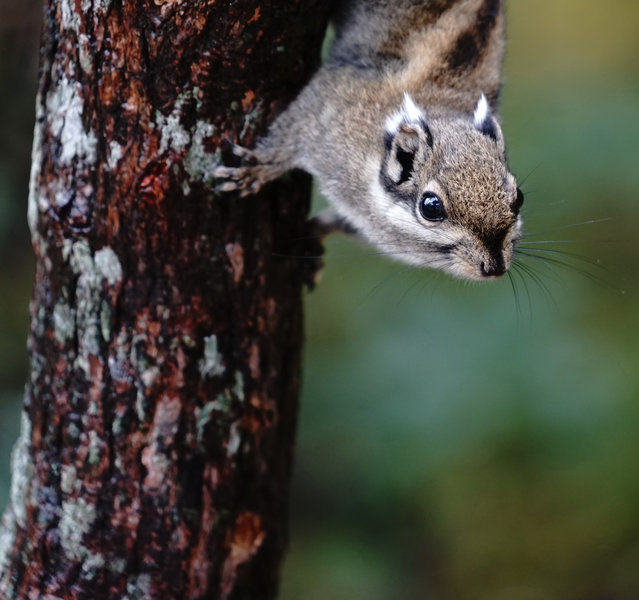 A squirrel in a tree at Shudu lake in Yunnan province in south-west China on October 24, 2019. (Photo by Costfoto/Barcroft Media) 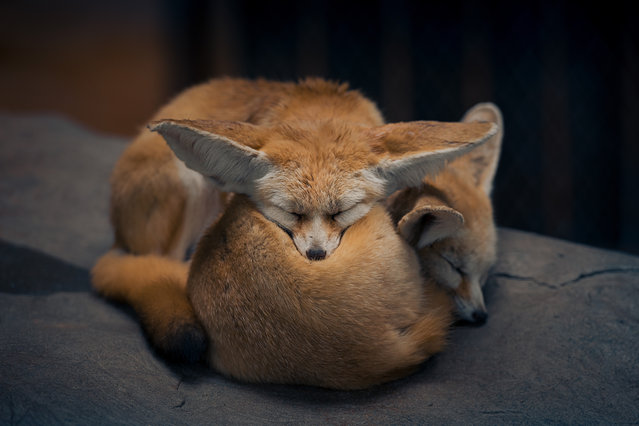 Two sleeping foxes cuddled up together at a wildlife park in Shanghai, China on October 23, 2019. (Photo by Costfoto/Barcroft Media) 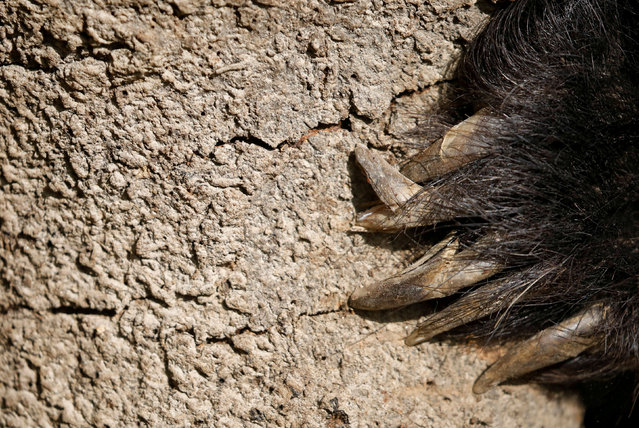 Claws of a sloth bear that was forced to perform on the streets at Siraha District and was rescued by nonprofit organisation Sneha's Care are pictured in Lalitpur, Nepal on October 24, 2019. According to founder of Sneha's Care Sneha Shrestha, the sloth bear, a species listed as vulnerable on the International Union for Conservation of Nature's (IUCN) red list, will temporarily be sent to Nepal's Central Zoo as they try to relocate the bear to the Wildlife SOS Bear Sanctuary in India. (Photo by Navesh Chitrakar/Reuters) 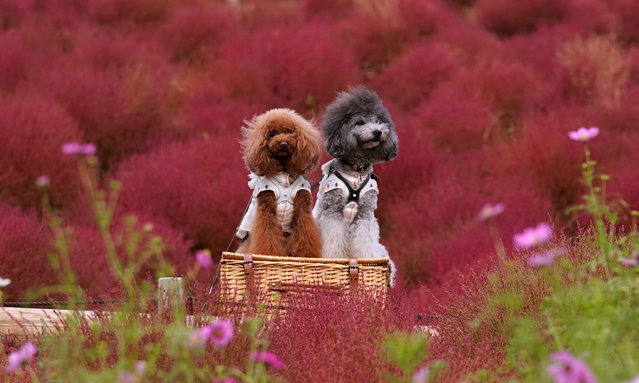 Two dogs sit in a basket in a field of Kochia (Bassia scoparia), a kind of tumbleweed, at the Hitachi Seaside Park in Hitachinaka, Japan, 21 October 2019. Over 30,000 Kochia balls are planted every year in June in the 350-hectare field. The plants then gradually turn their color from green to red between July and October. (Photo by Toru Hanai/EPA/EFE) 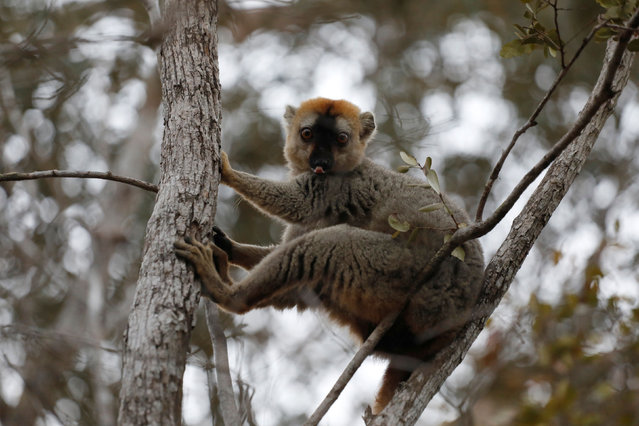 A red-fronted brown lemur is seen at the Kirindy forest reserve near the city of Morondava, Madagascar, September 1, 2019. (Photo by Baz Ratner/Reuters) 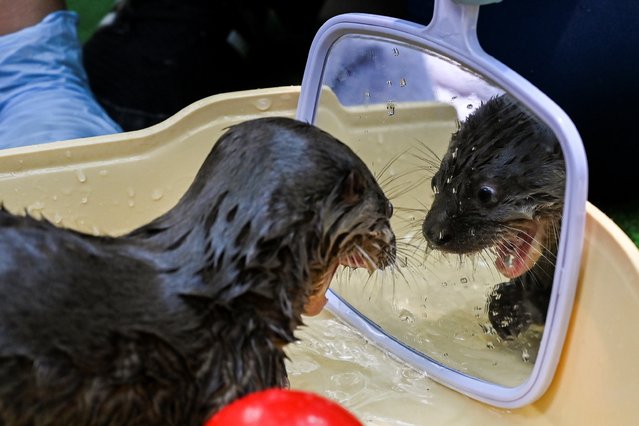 A river otter (lontra longicaudis) of 6-weeks-old looks in the mirror during a bath in the Animal Welfare Unit of the Zoo in Cali, Colombia, on October 22, 2019. The baby otter was found abandoned brought to the Cali Zoo for breeding, for its extensive experience in raising these species. According to the International Union for Conservation of Nature the river otter (lontra longicaudis) are in danger of extinction, because of mining, agriculture, pollution of rivers and housing construction in their habitat. (Photo by Luis Robayo/AFP Photo) 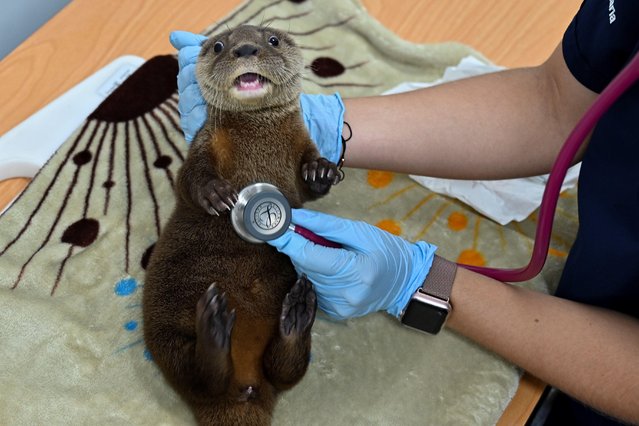 A vet examines a river otter (lontra longicaudis) of 6-weeks-old in the Animal Welfare Unit of the Zoo in Cali, Colombia, on October 22, 2019. (Photo by Luis Robayo/AFP Photo) 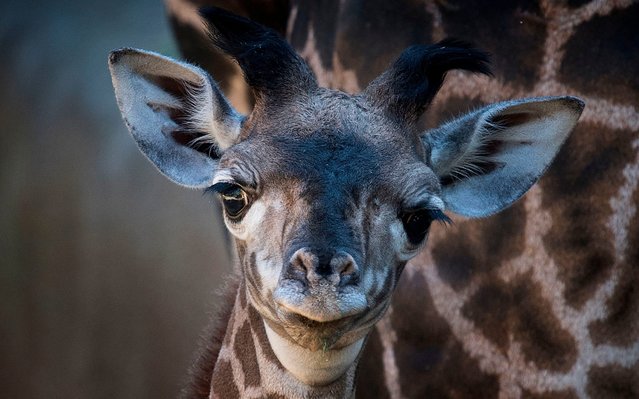 A two week old female Masai giraffe calf, still unnamed, makes her public debut at the L.A. Zoo in Los Angeles, California on October 18, 2019. The calf which was 1.98 cm (6 foot 6) at birth is expected to grow up to 5 metres (17 foot) tall and the Masai giraffes are the tallest land mammal. (Photo by Mark Ralston/AFP Photo) 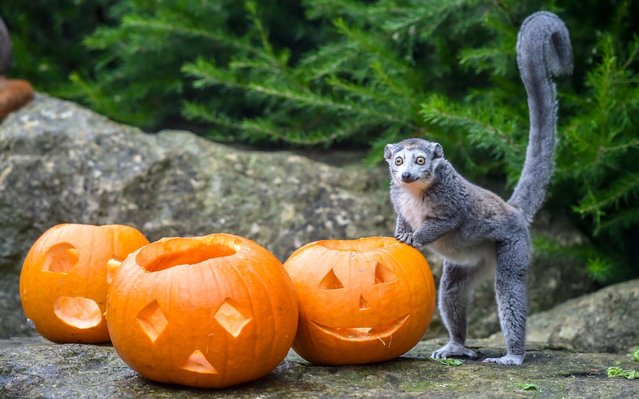 A crowned lemur holds onto carved pumpkins at Bristol Zoo Gardens, Bristol on October 21, 2019, where animals are being given Halloween themed treats filled with their favourite fresh vegetables. (Photo by Ben Birchall/PA Images via Getty Images) 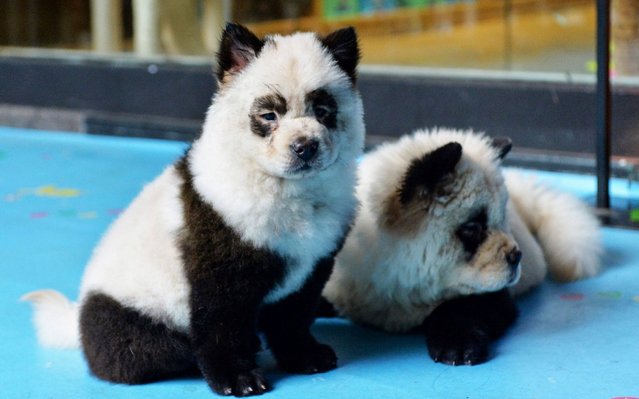