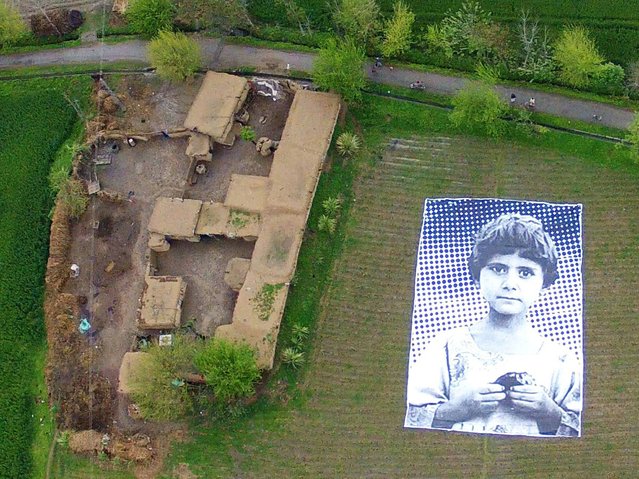 In this undated handout photograph from the “Inside Out Project”, a poster bearing the image of a Pakistani girl whose parents, lawyers say, were killed in a drone strike, lies in a field at an undisclosed location in the northwestern Khyber-Pakhtunkhwa province. A group of artists in Pakistan are hoping to generate “empathy” among US drone operators by placing giant posters of children in the country's troubled tribal regions. The work, which is titled #NotABugSplat, was made with the help of French street artist JR who plans to unveil portraits from around the world at the Pantheon in Paris as part of a project called “Inside Out”. “Bug splat” is said to be a term used by drone pilots based in the US to refer to how victims look when seen through video cameras. Since 2004, no region of the world has been targeted by US drones more than Pakistan's tribal districts which border Afghanistan, and are home to Taliban and Al-Qaeda militants. According to the Bureau of Investigative Journalism, these strikes have killed at least 2,296 people and 416 civilians. (Photo by AFP Photo) 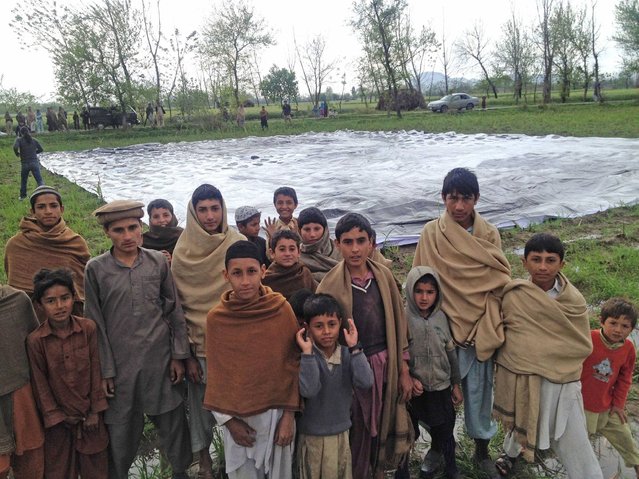 Crowd gather next to the poster, which targets predator drone operators in Pakistan. (Photo by Rex Features/SIPA Press) 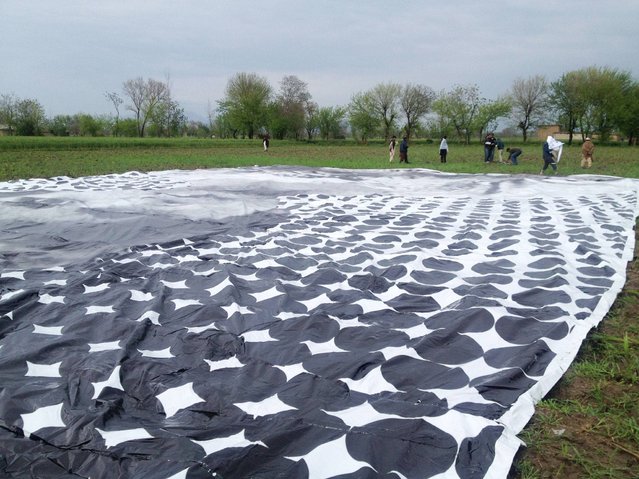 In military slang predator drone operators refer to victims as “bug splats” because when you view the bodies from a grainy video they appear to look like crushed insects. (Photo by Rex Features/SIPA Press) 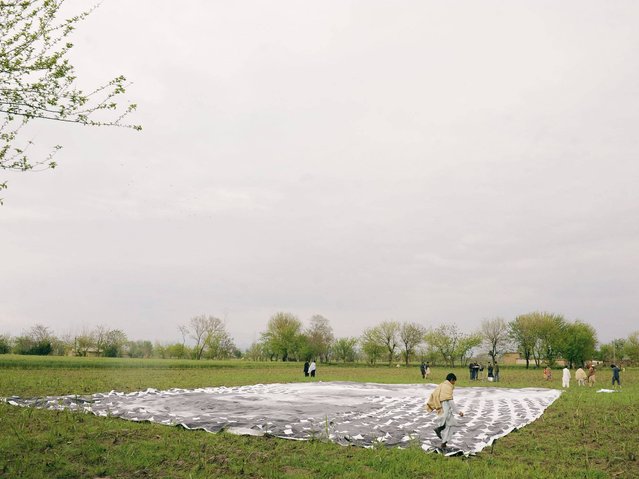 The portrait of the nameless child was released with the hashtag: #hashNotABugSplat. (Photo by Rex Features/SIPA Press) 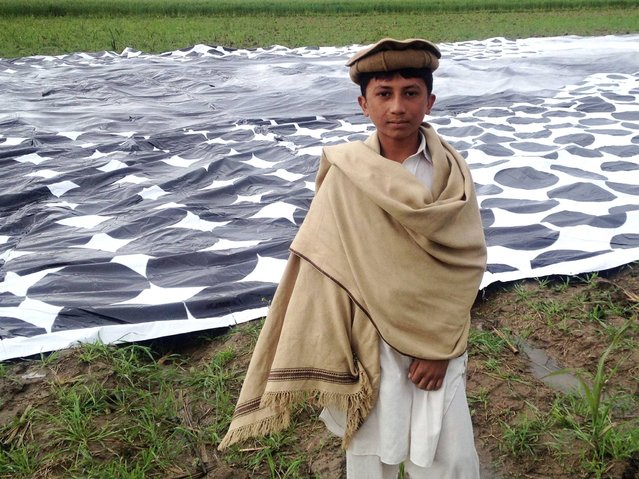