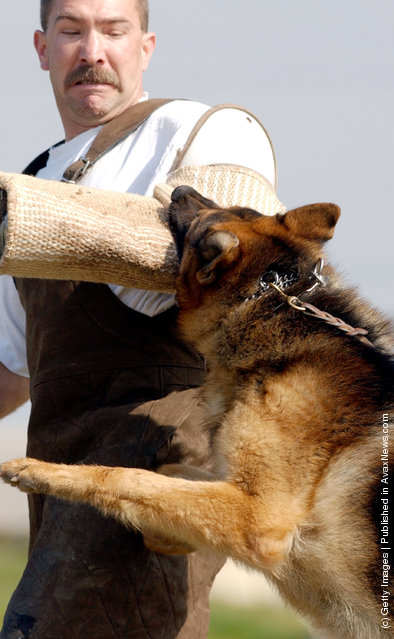 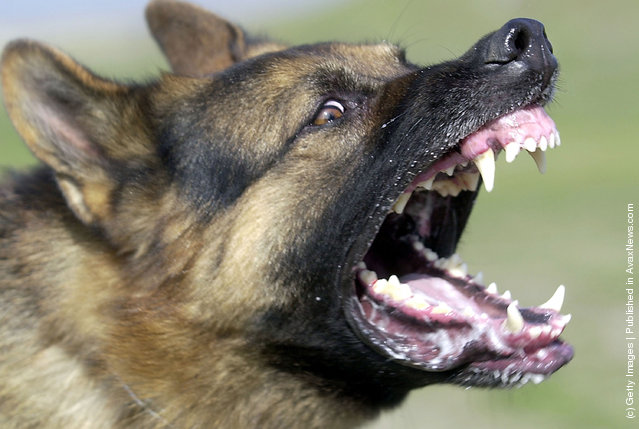 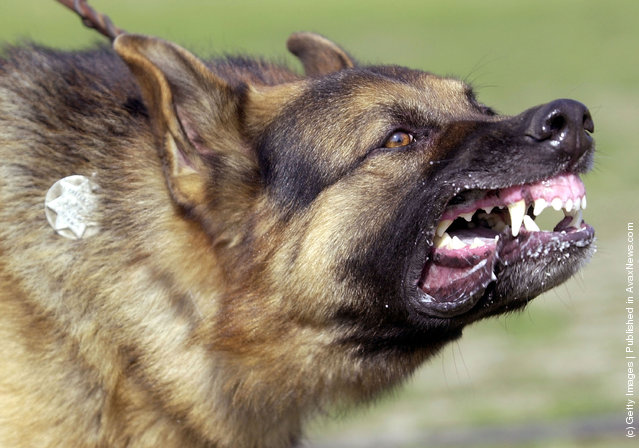 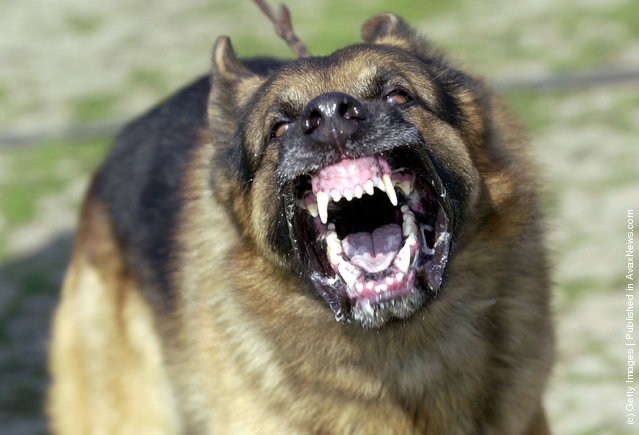 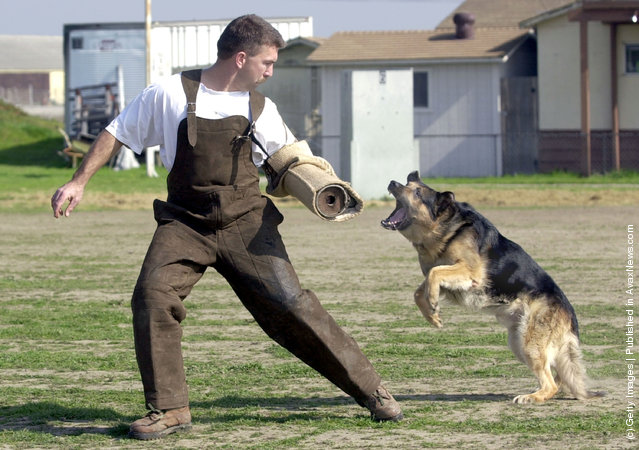 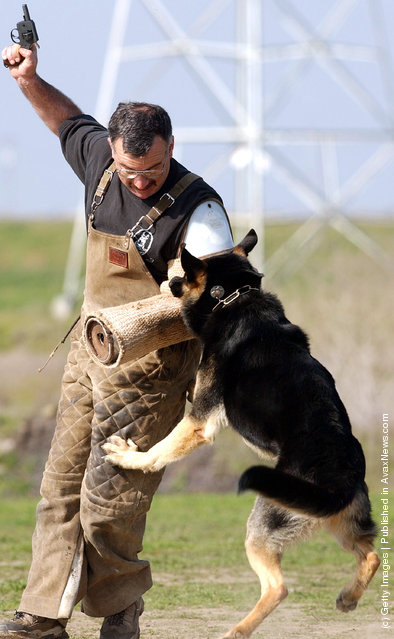 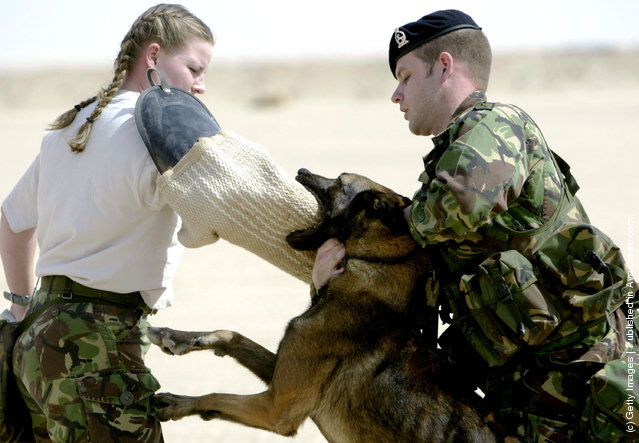 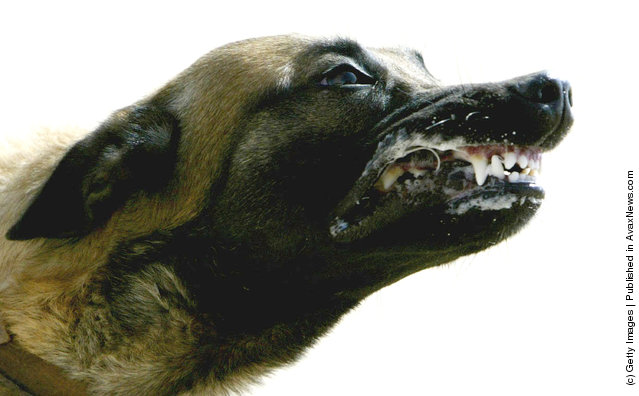 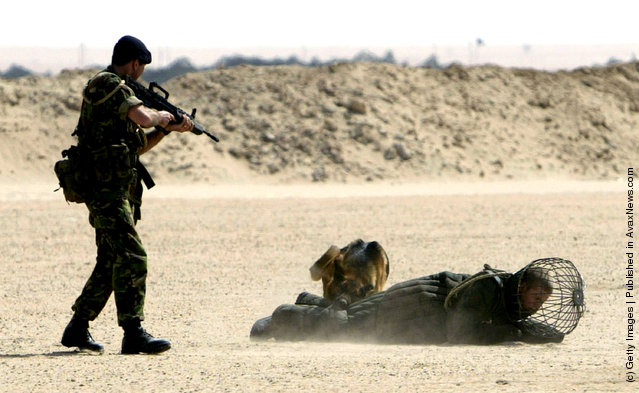 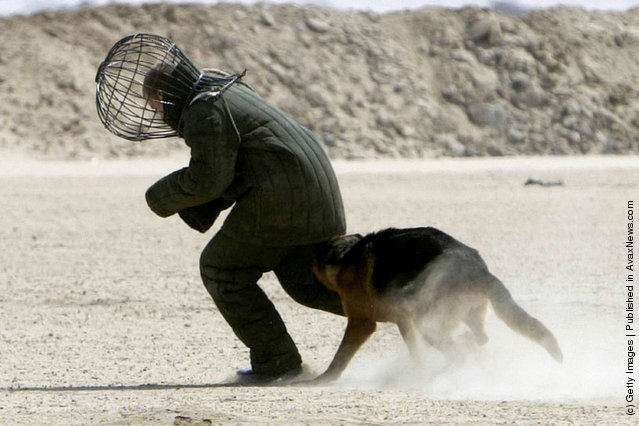 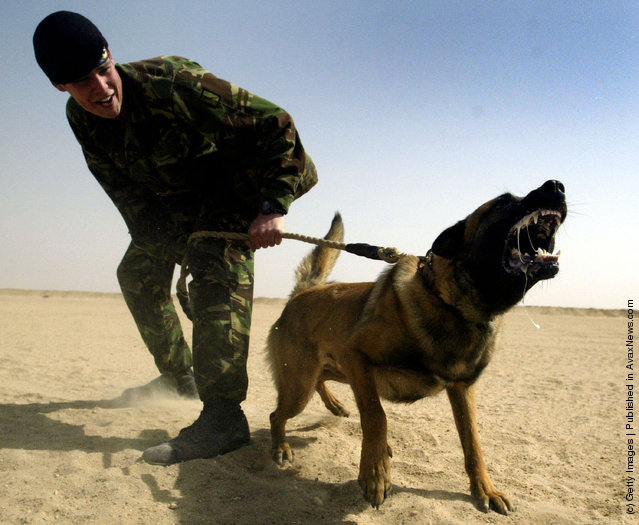 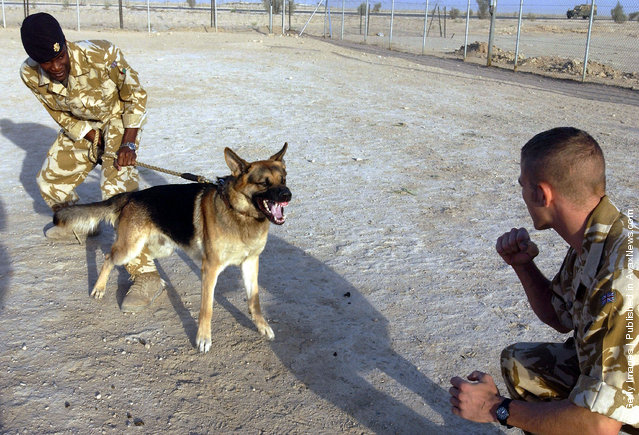 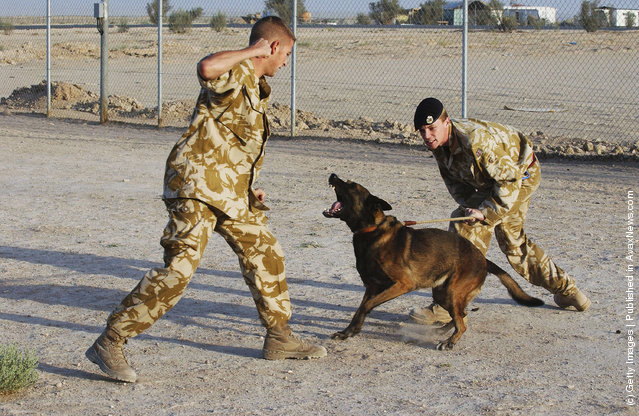 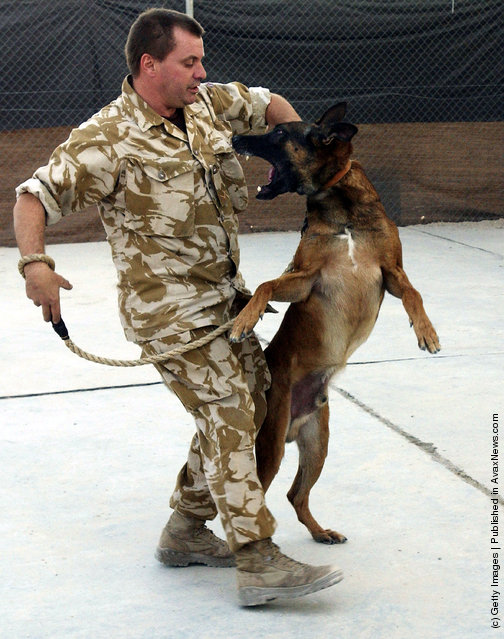 A British Soldier from the Theater Military Working Dog Unit trains a German Shepherd attack dog at the British Military base on September 29, 2004 in Shaibah near Basrah in Southern Iraq. In Iraq the TMWD Support Unit has 25 German Shepherd attacks dogs that are trained in 10 weeks to bite the right arm of a suspect. It also holds Labrador or English Springer Spaniel which are trained for 25 weeks in order to search for arms and explosives. (Photo by Marco Di Lauro/Getty Images) 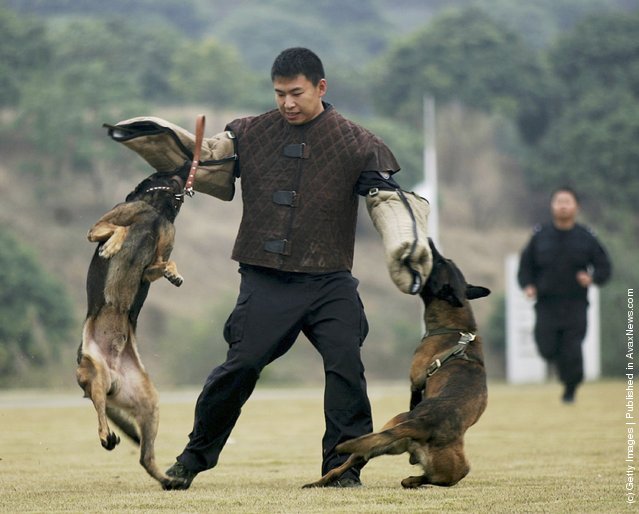 A policeman wearing protective clothing defends himself from an attack by two police dogs during a police open day at Shenzhen Police Dog Training Base on January 22, 2007 in Shenzhen, Guangdong Province, China. (Photo by China Photos/Getty Images) 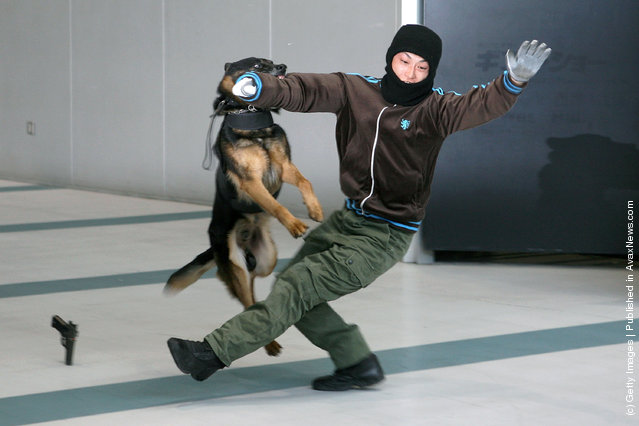 A man in the role of a terrorist is attacked by a police dog during an anti-terrorism exercise conducted by the Tokyo Metropolitan Government at Tokyo Big Sight on November 7, 2008 in Tokyo, Japan. (Photo by Kiyoshi Ota/Getty Images)
Edit Del
21 Sep 2011 10:21:00, post received 0 comments
Publication archive:
←   →
Popular tags:
All tags
Last searches: