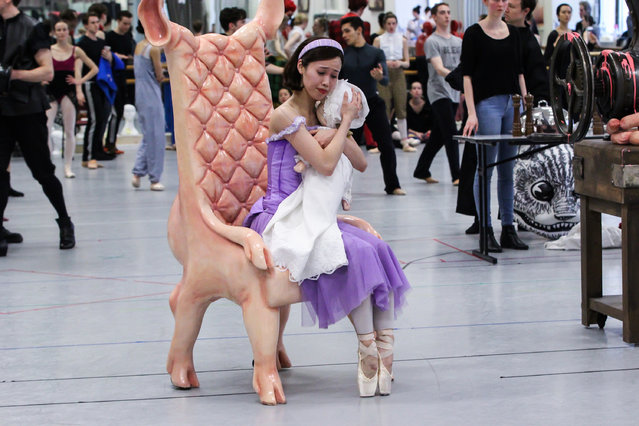 Christopher Wheeldon’s Alice’s Adventures in Wonderland is the biggest production the Australian Ballet has ever undertaken and it’s also one of the most spectacular. Created for the Royal Ballet and designed by Bob Crowley, it involves puppetry, optical illusions, major setpieces and immersive projections, as well as costumes that some dancers have to actually climb into. The Australian Ballet’s design co-ordinator, Sukie Kirk, and Kat Chan, the design associate for the production, offered Guardian Australia the inspirations and stories behind the designs – and some of the challenges. The Australian Ballet’s Alice’s Adventures in Wonderland runs in Melbourne until 30 September, and opens in Sydney on 5 December. (Photo by Ally Deacon/The Guardian) 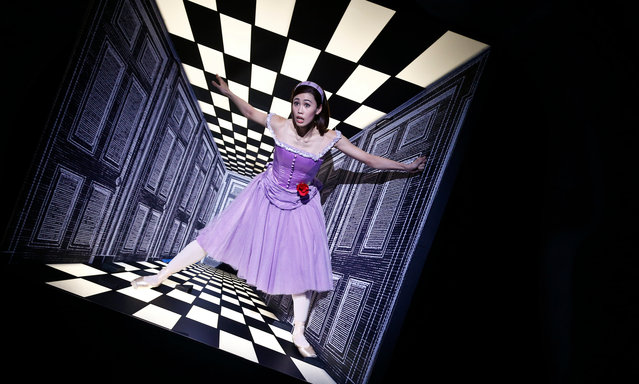 Sukie Kirk: “The costume team at the Australian Ballet made rehearsal skirts of the same style, even down to the sash and bow, so that Alice and, just as importantly, all the people dancing with her, were used to how it moved and handled”. (Photo by Jeff Busby/The Guardian) 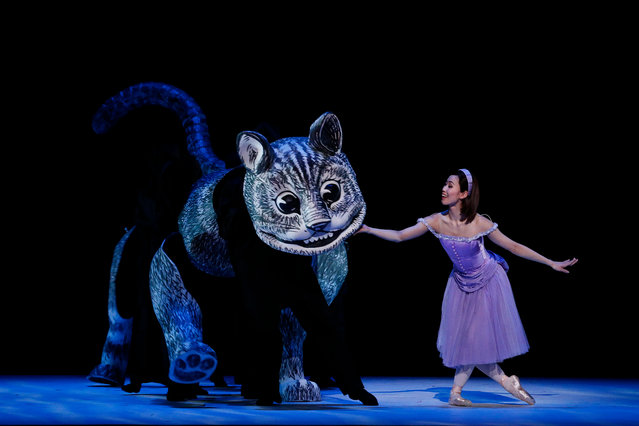 Kat Chan: “Puppet designer Toby Olié’s Cheshire Cat is operated by eight dancers, so it was important to have it in the rehearsal room as soon as possible for everyone to practise with. It is also very lightweight and easy for the dancers to go through the large range of movements this puppet requires. It’s made from semi-rigid foam, shaped and covered in painted canvas ... The trickiest part of this prop was surprisingly the painted teeth, which could have looked too “vampiric” or “fangy”. It ended up being tweaked backstage by associate set designer Jaimie Todd, who made it a friendlier cat”. (Photo by Jeff Busby/The Guardian) 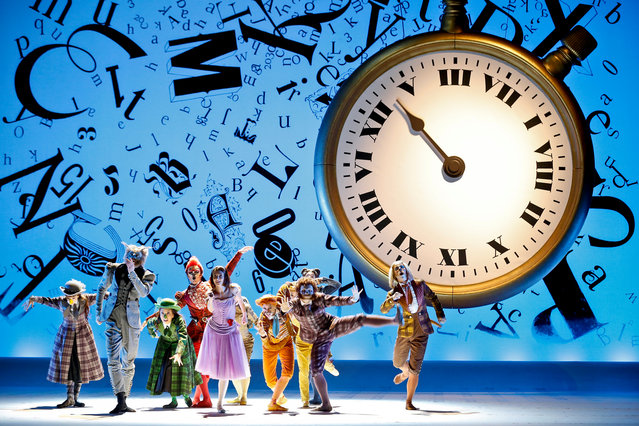 Sukie Kirk: “Her lilac colour is unique to her throughout the show and somehow both stands out in amongst all the wonderful Wonderland colours, without jarring or looking too out of place. Of course, she also has to be able to dance easily in it”. (Photo by Jeff Busby/The Guardian) 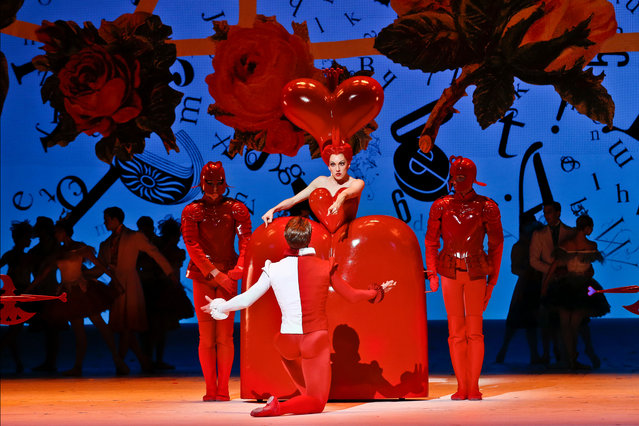 Kat Chan: “This is the more modest of the two queen’s cupboards in the show. It takes three people to get the queen into it, as the entire front half comes on and off. We’ve made adjustable steps to accommodate the different heights of each dancer playing the queen, so the bust line sits in the same spot”. (Photo by Jeff Busby/The Guardian) 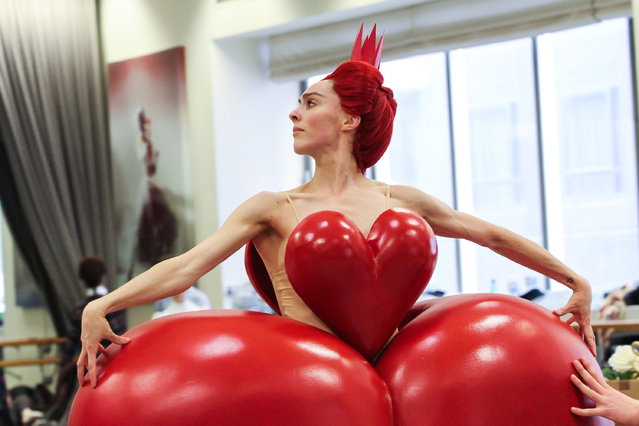 Kat Chan: “The red is important as it is used all throughout the set – every sculpted heart and every piece of furniture in the court scene is the same shade. We have amassed a large paint kit for touch-ups backstage because every scene has such specific colours that would be difficult to match”. (Photo by Ally Deacon/The Guardian) 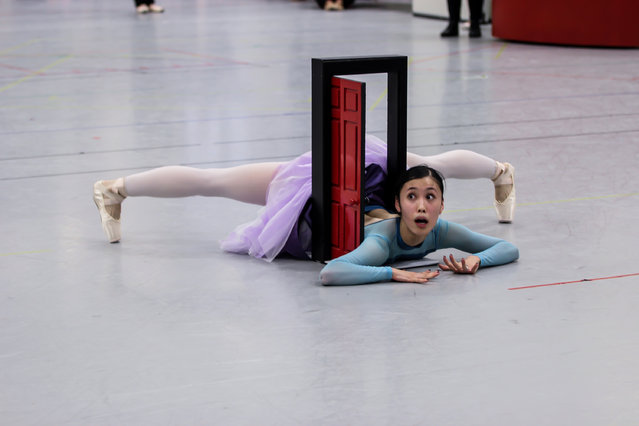 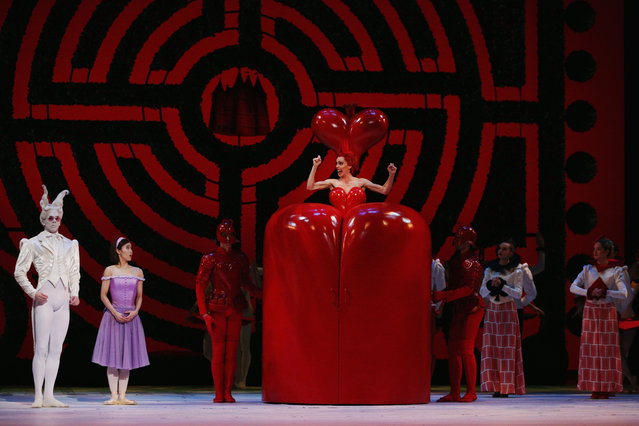 The Australian Ballet rehearses Alice's Adventures in Wonderland at Melbourne Arts Centre on September 11, 2017 in Melbourne, Australia. The larger of the two queen’s cupboards. (Photo by Michael Dodge/Getty Images) 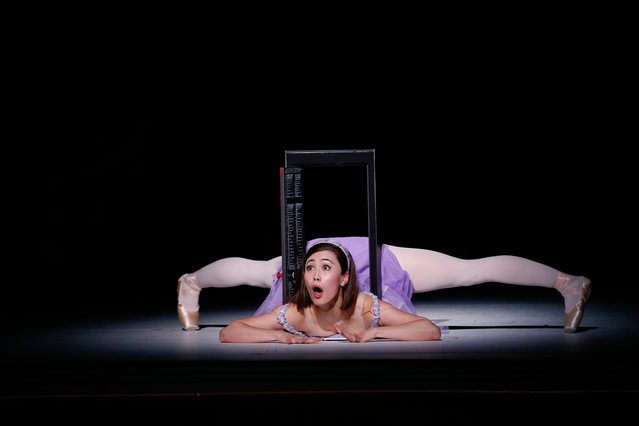 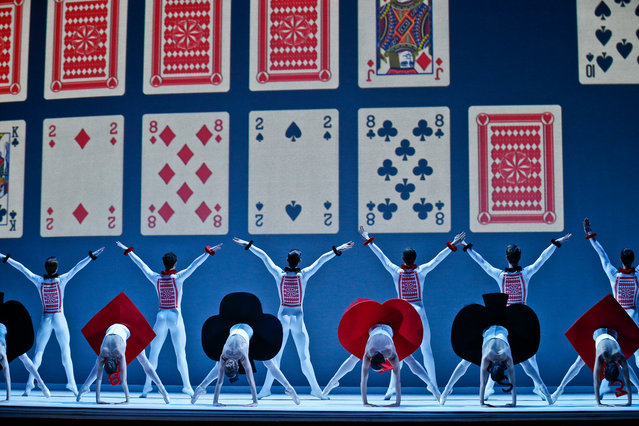 Sukie Kirk: “I think the playing card tutus are my favourite costumes. When the dancers come on, they just look as though they’re wearing red and black tutus but then, when they bend over, they suddenly form a deck of cards. It’s a challenge to keep them soft and flexible enough to dance in, yet solid enough to keep the clean, rigid shape that forms the deck of cards. They were made by the original maker, who came out of retirement to recreate them perfectly. He had to make each of the four shapes by cutting a large tutu down to the right shape and then unpicking each layer to make a pattern – a really time-consuming, precise process”. (Photo by Jeff Busby/The Guardian) 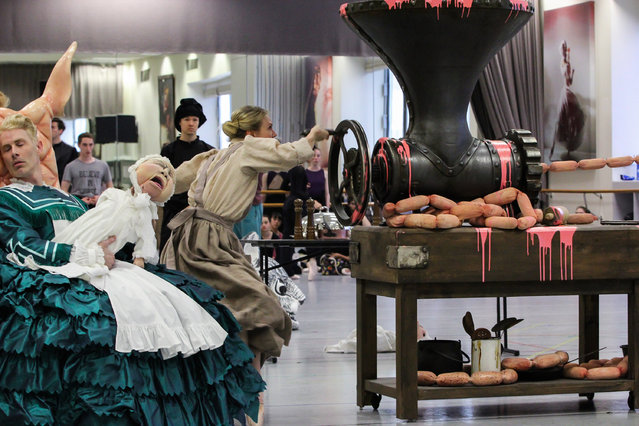 Kat Chan: “The designer Bob Crowley chose to splatter more bright pink than red all over the set and props, to make the scene less gory and frightening for children”. (Photo by Ally Deacon/The Guardian) 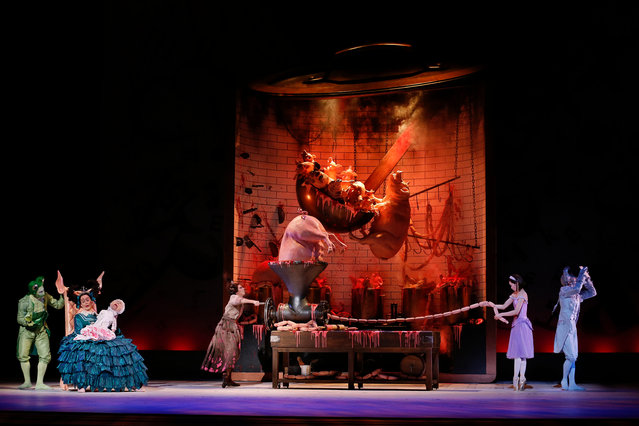 Kat Chan: “There are many moving parts in the “pig and pepper” scene that are important to the choreography so we spent some time finessing each one: puppets, sausages, bench movement, trick elements, etc. For example, we had to ensure the sausages repeat the same action every time, which meant adding mechanisms to the bench so the dancers can be confident on stage it will stop and go when it needs to”. (Photo by Jeff Busby/The Guardian) 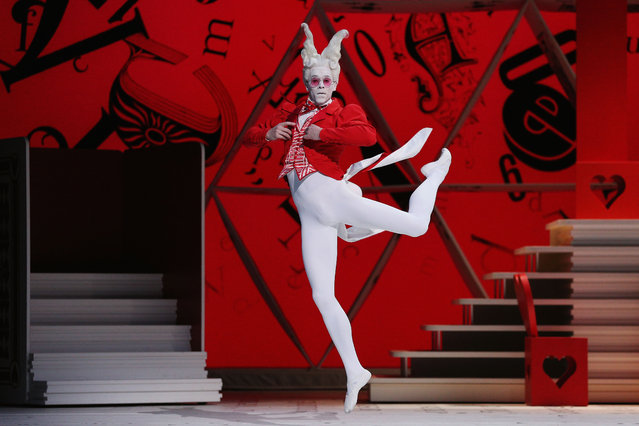 The Australian Ballet rehearses Alice's Adventures in Wonderland at Melbourne Arts Centre on September 11, 2017 in Melbourne, Australia. Adam Bull as the White Rabbit on stage. (Photo by Michael Dodge/Getty Images) 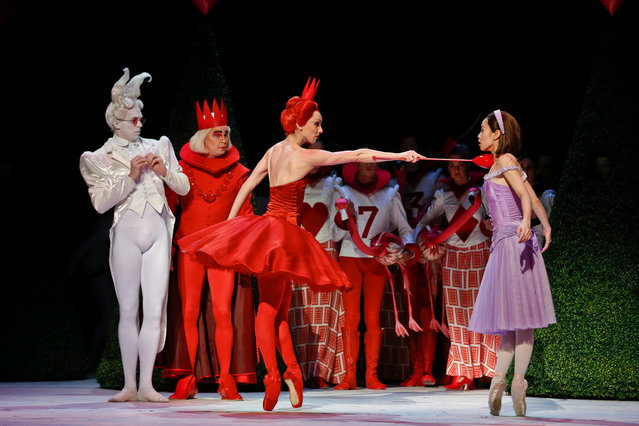 Sukie Kirk: “The Red Queen’s costume has to be exactly right, as it’s so clean and simple. There’s no hiding behind lots of layers, or multicolours. She has a heart symbol incorporated into everything: her bodice is made with a heart shape in the panels at the front and Alison Kidd, the wigmaker, even managed to make her wig subtly heart-shaped”. (Photo by Jeff Busby/The Guardian) 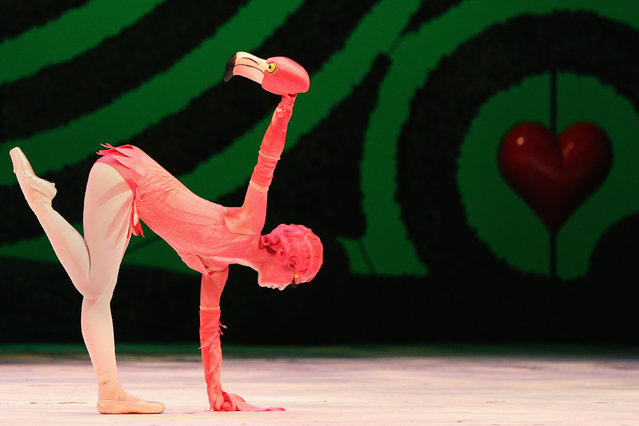