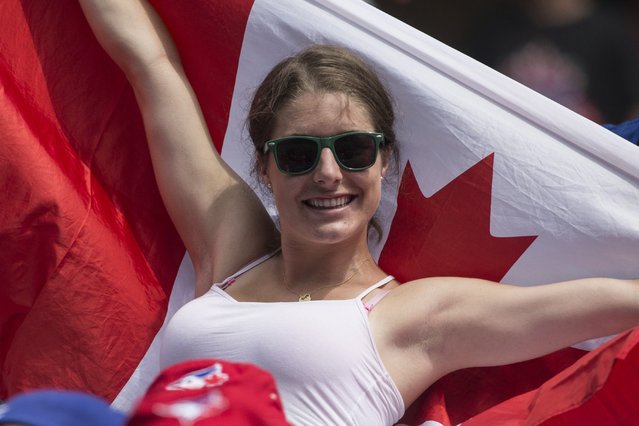 A fan waves a Canadian flag as the crowd celebrates Canada Day during interleague baseball action between the Toronto Blue Jays and Milwaukee Brewers in Toronto on Tuesday July 1, 2014. (Photo by Chris Young/The Canadian Press) 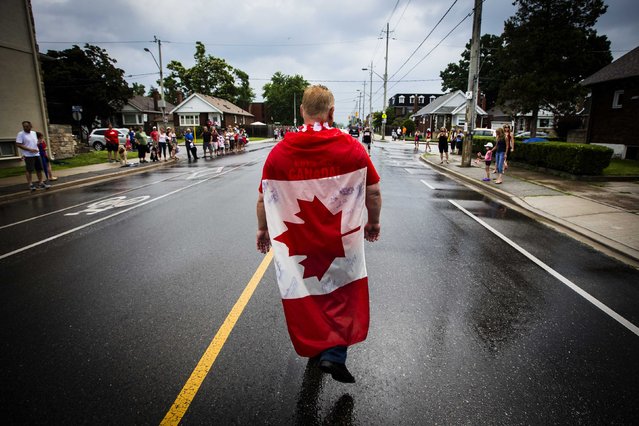 Doug Ford, brother and campaign manager of Toronto Mayor Rob Ford, walks with the Canadian flag draped on his back as he takes part in the East York Canada Day Parade in Toronto July 1, 2014. Rob Ford, who shot to prominence last year after admitting to smoking crack, buying illegal drugs and driving after drinking, insisted for months he did not have a problem. But last month he said he would take time off to deal with his drinking issues in rehabilitation and has now returned to office. (Photo by Mark Blinch/Reuters) 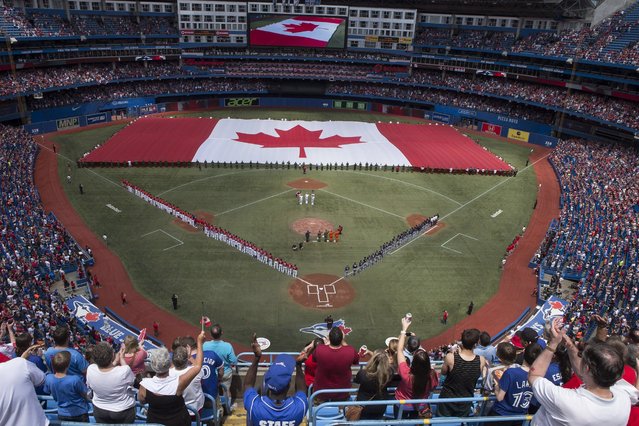 A Canadian flag is unveiled on the field before the Toronto Blue Jays take on the Milwaukee Brewers in interleague baseball action as they mark Canada Day in Toronto on Tuesday July 1, 2014. (Photo by Chris Young/The Canadian Press) 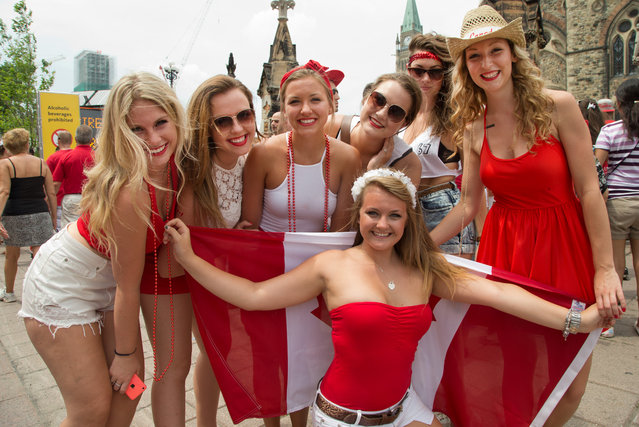 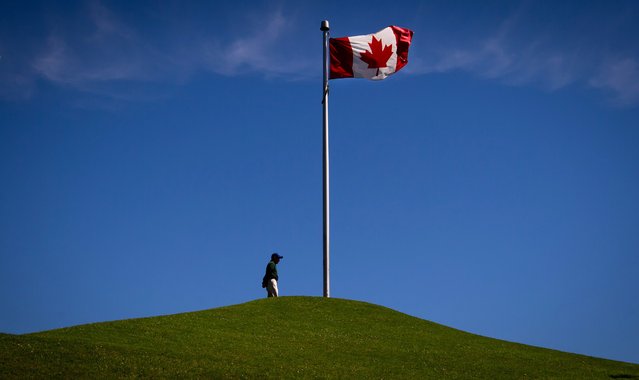 A man pauses on top of a hill to take in the view as a Canadian flag flies in the wind at Granville Island in Vancouver, B.C., on Monday June 30, 2014. Canadians will mark the country's 147th birthday on Canada Day, Tuesday. (Photo by Darryl Dyck/The Canadian Press) 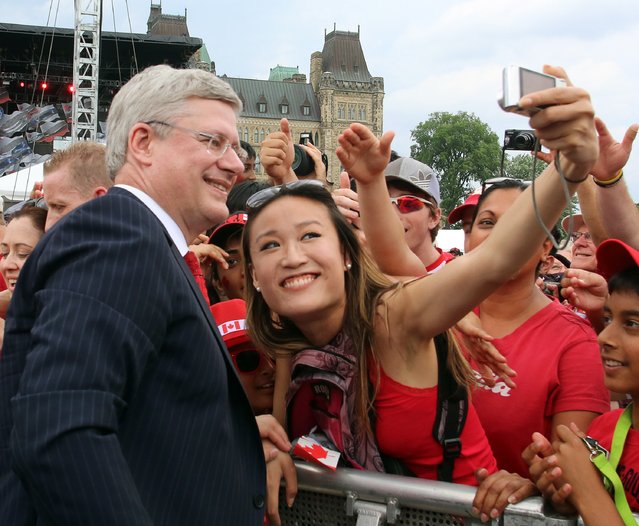 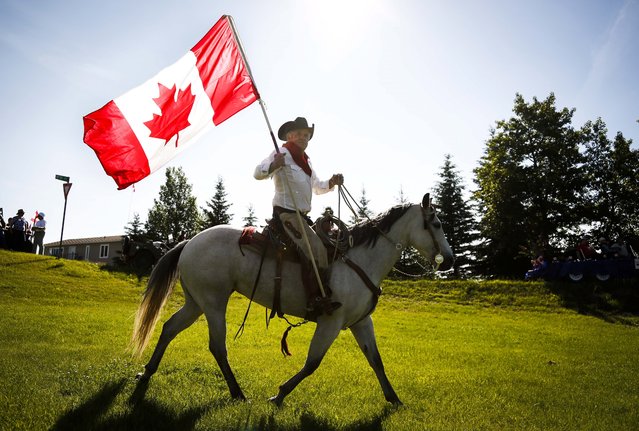 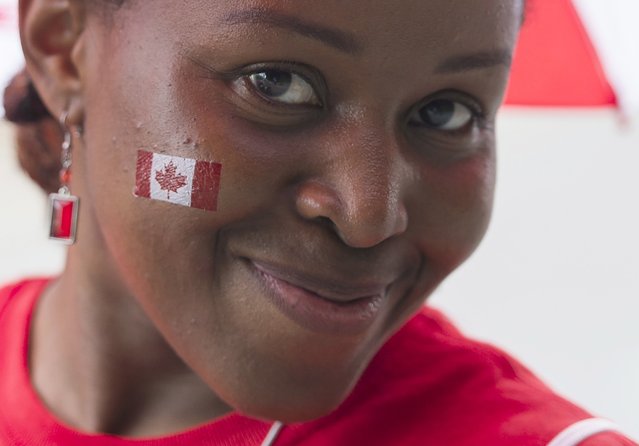 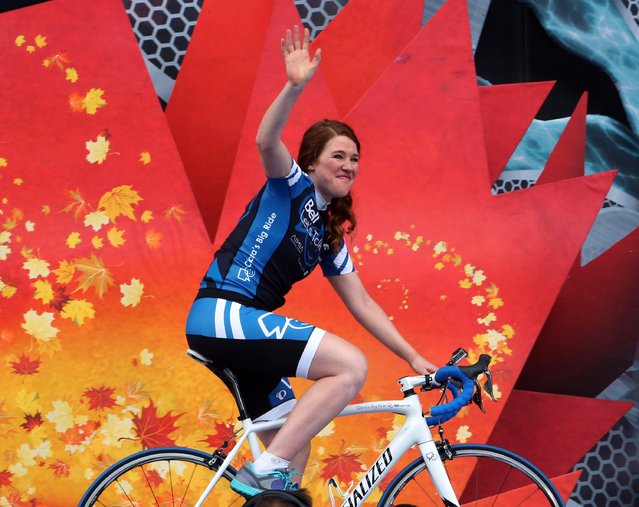 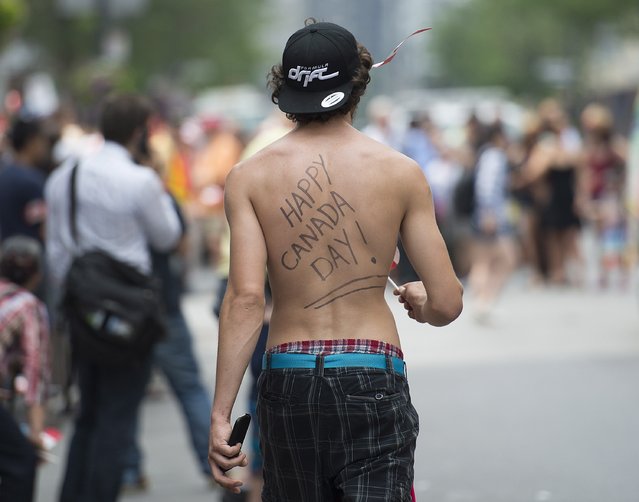 A man with a Canada Day message on his back looks on during the annual Canada Day parade in Montreal, Tuesday, July 1, 2014. (Photo by Graham Hughes/The Canadian Press) 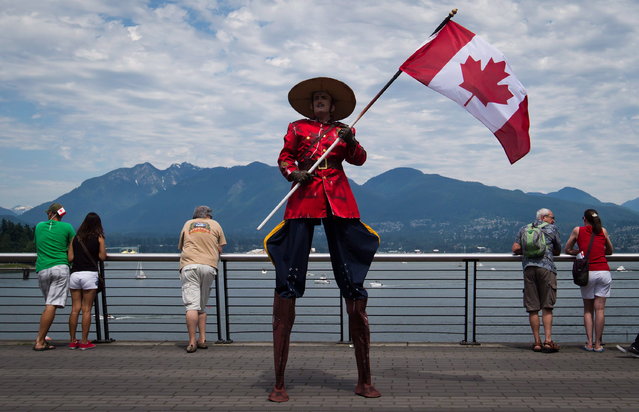 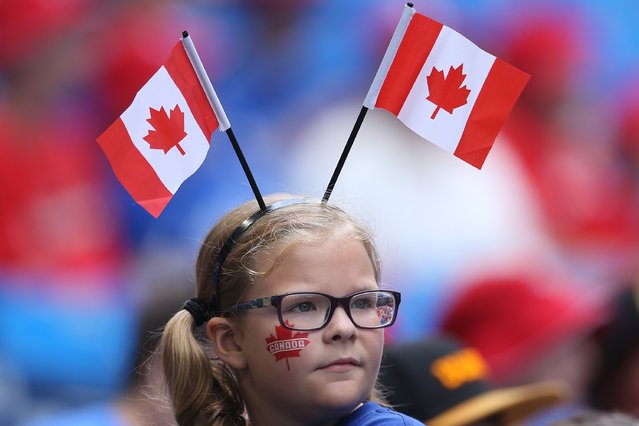 A young fan of the Toronto Blue Jays celebrates Canada Day before the start of MLB game action against the Milwaukee Brewers on July 1, 2014 at Rogers Centre in Toronto, Ontario, Canada. (Photo by Tom Szczerbowski/Getty Images) 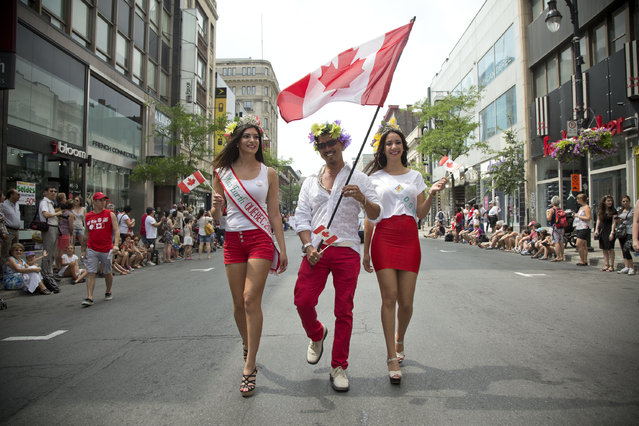