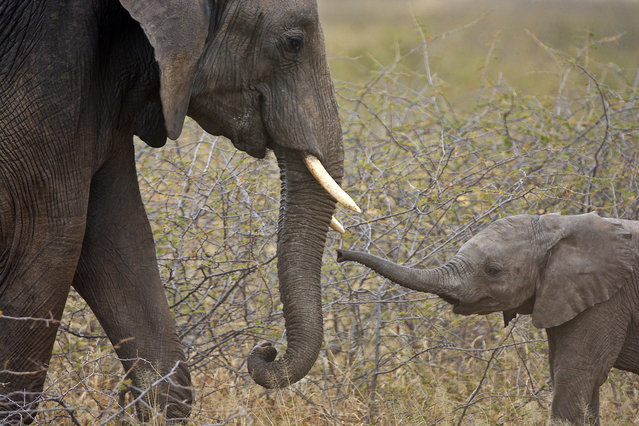 A young elephant and an adult face to face on July, 24, 2015, in Tarangire National Park, Tanzania. Adorable baby elephants wrestle with each other as their mothers stand close by. One of the playful animals appears to try and climb on the other one's back, before tumbling backwards and landing on the floor. Safari guide Hagai Zvulun was on holiday with his two daughters when he spotted the young animals in Tarangire National Park in Tanzania. (Photo by Shy Zvulun/Barcroft Media) 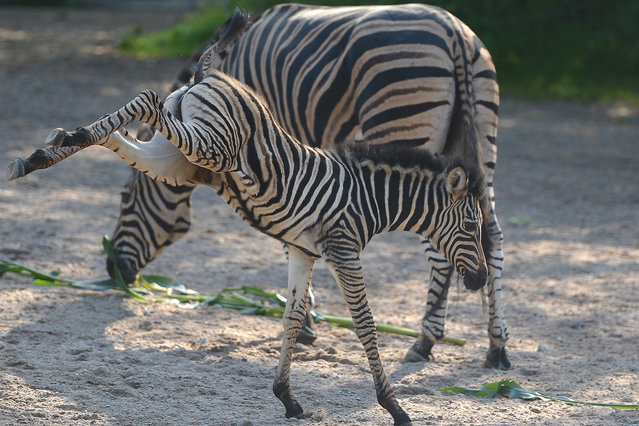 Baby zebra Jule explores the enclosure next to her mother Vicky at the Hagenbeck zoo in Hamburg, Germany, 31 August 2012. The young animal was born on 22 August 2012. (Photo by Marcus Brandt/DPA/ZUMA Press) 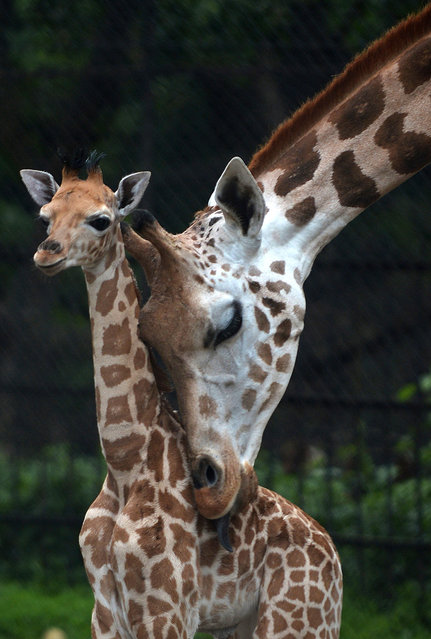 A mother giraffe licks her 20-day old baby giraffe calf and stays close to him at the Alipore Zoological Garden in Kolkata on June 10, 2013. With the birth of this newborn, the number of African giraffes has increased to nine and the garden authorities are taking special care of the newborn and his mother. (Photo by Dibyangshu Sarkar/AFP Photo) 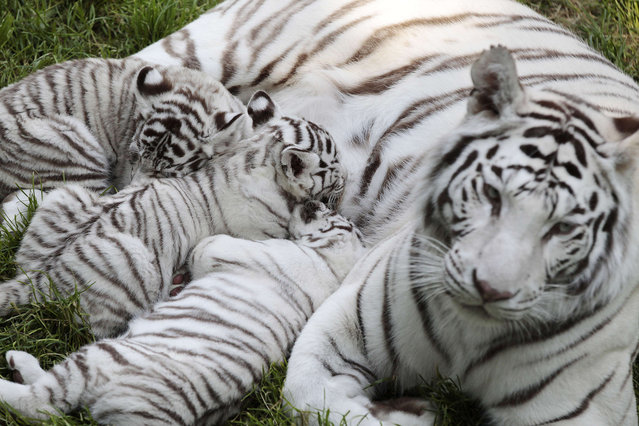 Lisa, the tiger mother, and her three two-month-old baby white tigers rest on the grass at the Cerza zoo in Hermival-les-Vaux, northwestern France, on June 10, 2015. (Photo by Charly Triballeau/AFP Photo) 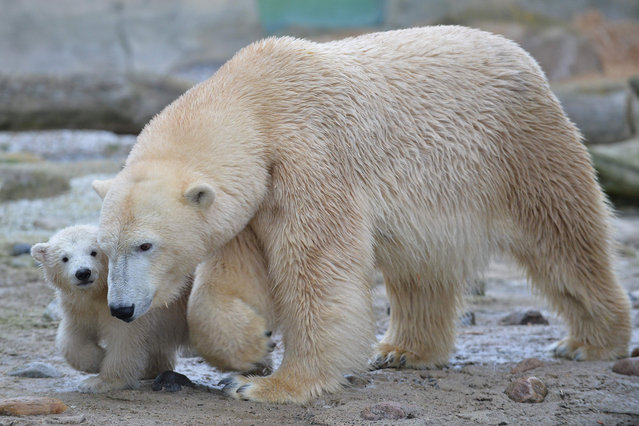 Polar bear baby “Lily” walks next to her mother “Valeska” during her first trip to the outside enclosure at the “Zoo am Meer” (Zoo at the seaside) in Bremerhaven, northwestern Germany, on April 5, 2016. Lili was born on December 11, 2015 at the zoo. (Photo by Carmen Jaspersen/AFP Photo/DPA) 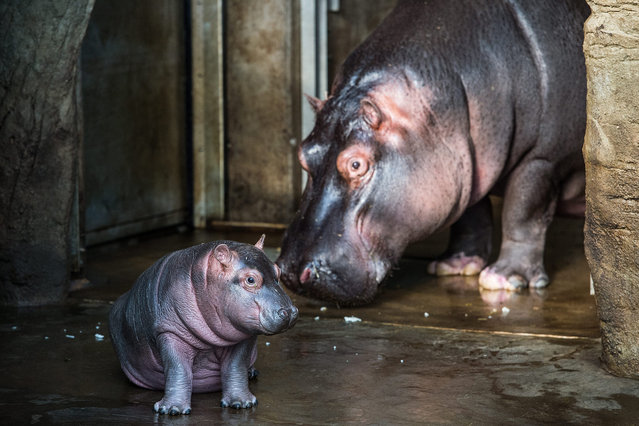 A one-month old baby hippo and its mother “Maruska” leave their stable at the hippopotamus enclosure of the zoo in Prague, Czech Republic, 26 February 2016. The baby-hippo, which was born on 28 January 2016, has not yet been named. (Photo by Filip Singer/EPA) 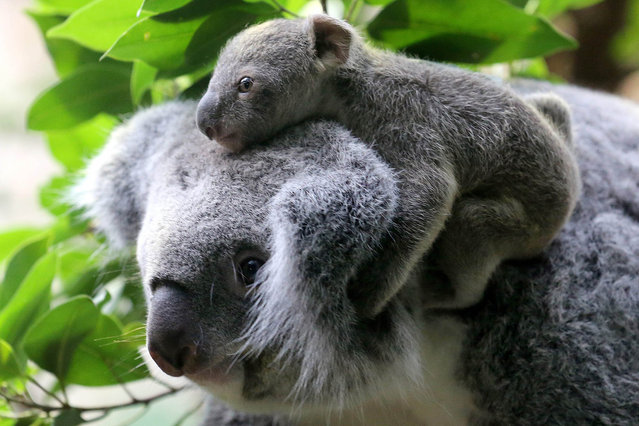 An around six-month-old still nameless baby koala sits on its mother's head at the zoo in Duisburg, Germany, 22 January 2014. The female baby was taken from its mother's pouch to be weighed. It weighed 350 grams. (Photo by Roland Weihrauch/EPA) 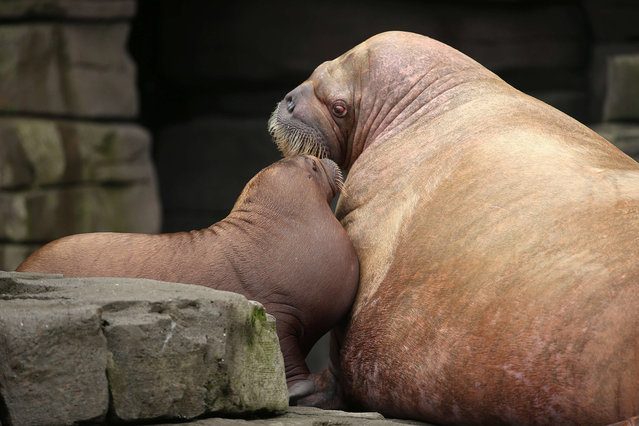 Walrus baby “Loki” cuddles with its mother Polosa in the Hagenbeck zoo, Hamburg, northern Germany on October 13, 2015. The animal, born on June 5 weighs 111 kg was baptized on Tuesday. (Photo by Christian Charisius/AFP Photo/DPA) 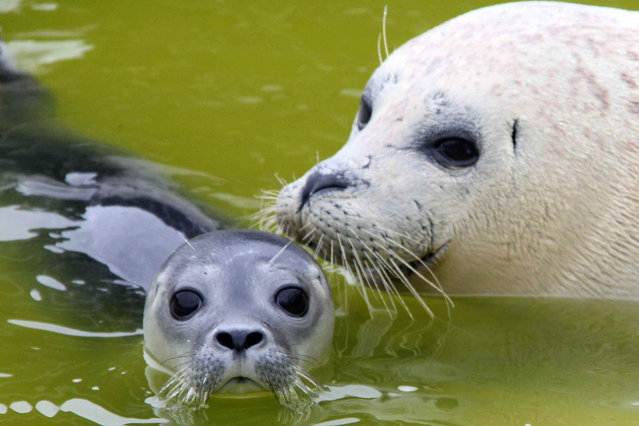 A baby seal, just several hours old, swims next to its mother in the basin of the West Coast Park in St. Peter Ording, northern Germany, 26 June 2011. The seal was born in the night from 25 to 26 June. (Photo by Wolfgang Runge/EPA) 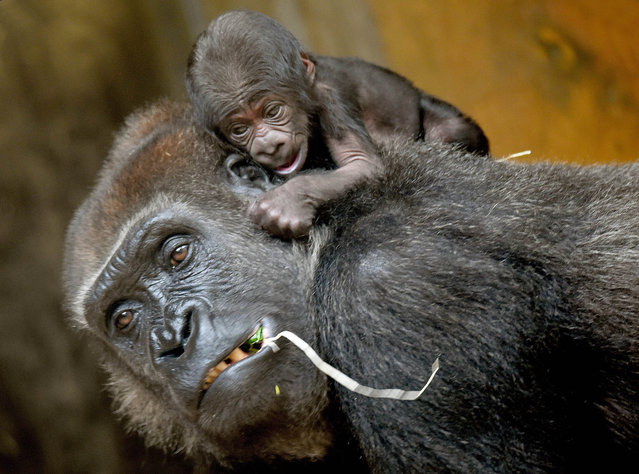 A yet to be named baby gorilla sits on top of its mother Zazie at the adventure zoo in Hanover, Germany, 07 September 2015. The male baby gorilla was born on 04 September and weighs about 2,000 grams. (Photo by Holger Hollemann/EPA) 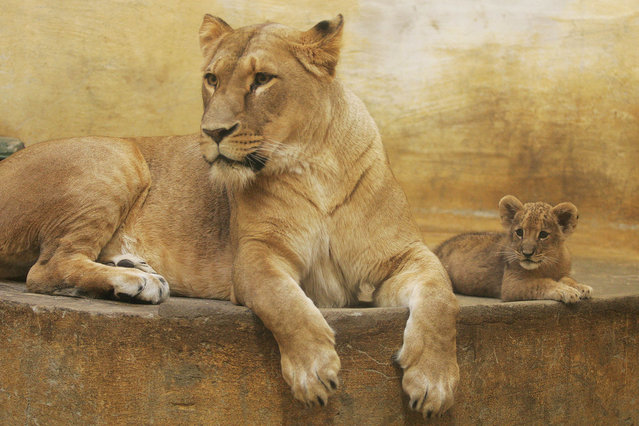 An un-named two-and-a-half-month baby lion lays beside its mother in their enclosure at the zoo in the north-eastern city of Rostock on November 4, 2008. (Photo by Danny Gohlke/AFP Photo) 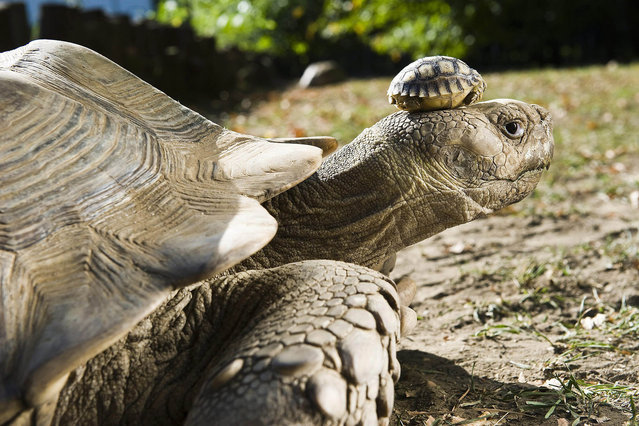 A four-day old African spurred tortoise, Geochelone sulcata, one of eight babies, was place on the head of its mother in their enclosure in Nyiregyhaza Animal Park in Nyiregyhaza, 226 km east of Budapest, Hungary, 27 September 2011. This was the first time that offspring of an African spurred tortoise were born in this zoo. The eight babies hatched after 115 days, they are 5.5 cms long and weigh 25 grams. Spurred tortoise is the largest species of land tortoises in Africa, the weight of an adult animal may reach 80 kgs. (Photo by Attila Balazs/EPA) 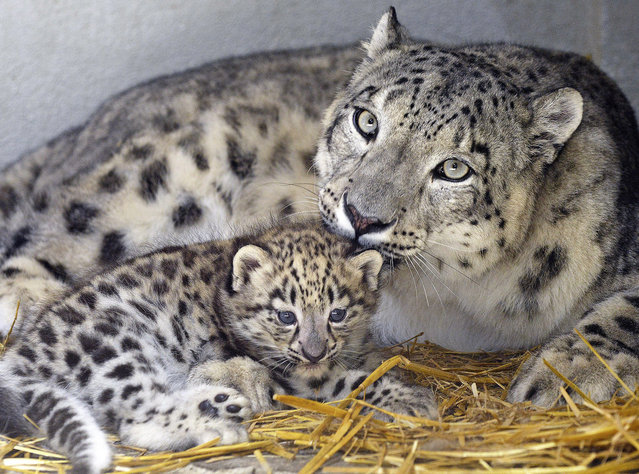 A baby snow leopard an his mother are presented to the public in Servion, Switzerland, 02 July 2015. The two baby snow leopards where born on 20 May 2015, yet nameless, are pictured in the Zoo of Servion. (Photo by Christian Brun/EPA) 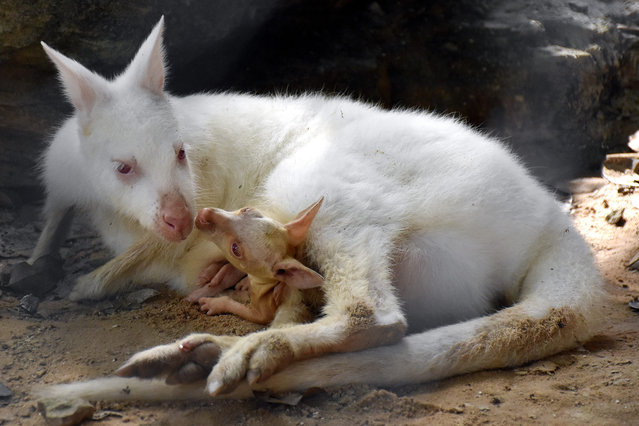 A Khon Kaen Zoo handout photo made available on 28 August 2015 shows a male baby, as yet unnamed, white albino wallaby sitting inside his mother's pouch at Khon Kaen Zoo, Khon Kaen province, Thailand, 17 August 2015. Wallabies are a small sized member of the same taxonomic family as kangaroos and are native in Australia, New Guinea and nearby islands. (Photo by EPA/Khon Kaen Zoo) 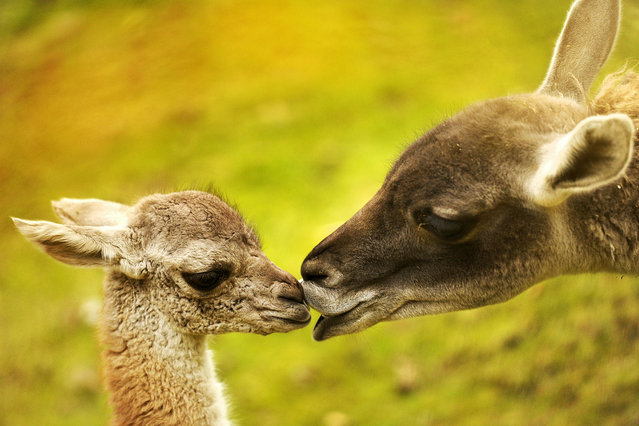 A baby Guanaco is nursed by her mother Hannah (R) in their enclosure at the zoo in Berlin, November 2, 2010. The South America native Lama female calf was born in the zoo on last October 17. (Photo by Odd Andersen/AFP Photo)
Edit Del
07 May 2016 12:58:00, post received 0 comments
Publication archive:
←   →
Popular tags:
All tags
Last searches: